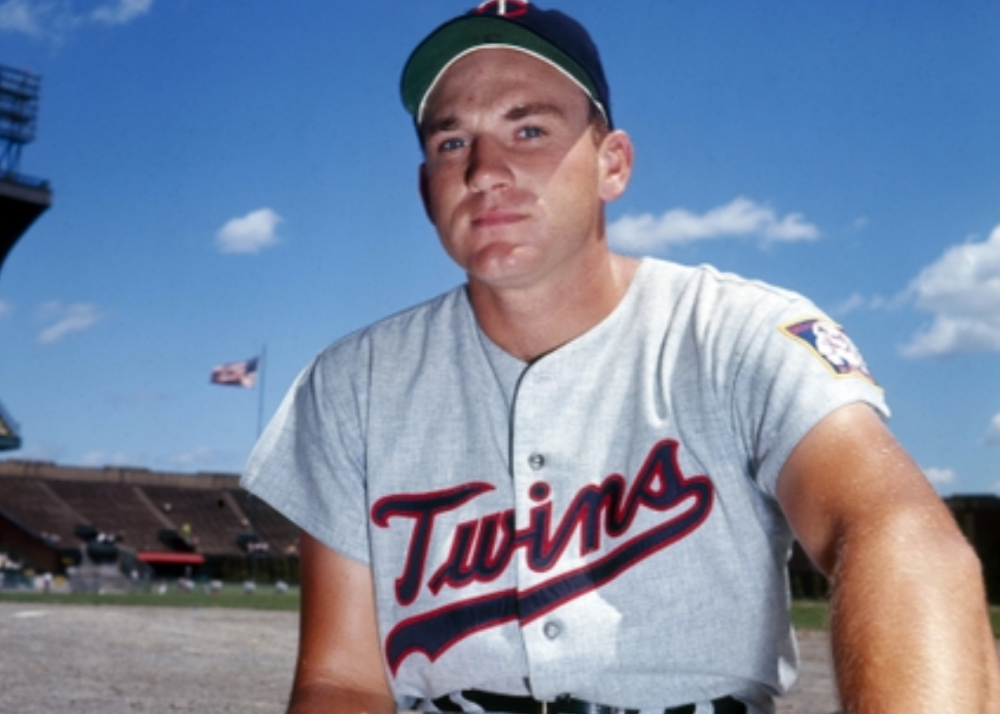 Last week, BP introduced our new, all-encompassing stat for evaluating hitters, Deserved Runs Created (DRC+), which we’ve been writing about in a series of daily articles.

DRC+ creator Jonathan Judge laid out the nuts and bolts of why it’s proven to be a superior metric. Rob Mains used DRC+ to place The Year of the Pitcher in much-needed context. Matthew Trueblood teamed up with DRC+ to re-litigate the Mike Trout vs. Miguel Cabrera MVP debates. Rob Arthur made the case for why advances in player evaluation require an open mind regarding what we think we know.

The possibilities are endless. Trust me, I’ve spent the past week falling deeper and deeper down the DRC+ rabbit hole, getting lost in intriguing tidbits about hitters past and present. I’d highly recommend doing the same if you need kill, say, 50 hours.

One thing DRC+ has motivated several of us to do is sing the praises of an underrated hitter. Zach Crizer stood up for Mark McGwire as more than an all-or-nothing slugger. Patrick Dubuque questioned whether writing off Todd Helton as merely a product of Coors Field makes any sense. Matthew Trueblood presented Graig Nettles as one of the best third basemen of all time. And now it’s my turn. Or turns.

Much of my time in the DRC+ rabbit hole has been spent pouring over numbers for my beloved Minnesota Twins. Looking through the DRC+ lens, three hitters—one from the 1960s, one from the 1970s, and one from the 1980s—now stand out as being underrated within Twins history, and a fourth hitter on the current team is perhaps being undersold by many, me included.

Harmon Killebrew is a Hall of Famer, one of the best sluggers of all time, and—at least according to my book on the subject—the best player in Twins history. However, he was also a low-average, high-strikeout hitter at a time when those traits were very much frowned upon and he spent most of his career in a pitcher-friendly era. Those are merely some of the reasons why DRC+ believes he’s one of the most underrated superstars of all time.

Killebrew is one of 133 total hitters with at least 9,000 career plate appearances since 1921, when reliable play-by-play data became available. They’re almost all multi-time All-Stars and household names, with lots of Hall of Famers in the mix. Within that 133-hitter group, Killebrew ranks 31st in OPS, 27th in wOBA, 22nd in wRC+, and 21st in OPS+, but he jumps all the way up to seventh in DRC+.

OK, so technically Killebrew is only tied for seventh, but that’s almost more impressive considering the tie is with Hank Aaron, Willie Mays, and Frank Robinson.

As you might expect, his 1969 is the best season by any Twins hitter, and Minnesota’s single-season DRC+ leaderboard is quite a sight:

Mauer won the AL MVP in 2009 for what was one of the greatest seasons by a catcher in baseball history, so that’s what it takes to break up the Killebrew monopoly. In all, Killebrew owns 10 of 15 top DRC+ seasons in Twins history, with Mauer, Bob Allison, Rod Carew, and Tony Oliva claiming the others.

Tom Brunansky is the most underrated non-superstar Twins hitter according to DRC+, which makes sense given that he was a (very) poor man’s Killebrew with low batting averages, high strikeout totals, and lots of power. In terms of comparing DRC+ to raw OPS totals, Brunansky owns four of the 12 most underrated seasons in Twins history. And he was only in Minnesota for six full seasons. That’s not a huge surprise, as I ranked Brunansky the 27th-best player in Twins history, although I also tend to gravitate toward the Killebrew/Brunansky skill set anyway.

More surprising is the DRC+ pick as the most underrated non-star in Twins history: Steve Braun.

Braun’s entire time with the Twins came in a very low-scoring era, which is part of why he’s merely an afterthought in team history despite being a valuable player for six seasons. His raw numbers with the Twins show a guy who got on base very well (.376 on-base percentage, 356 walks vs. 285 strikeouts), but had almost zero power (.381 slugging percentage, 35 homers in 2,830 plate appearances).

DRC+ sees a lot more, rating Braun as an average-or-better hitter in all six of his Minnesota seasons, including marks of 123, 116, 126, and 118 in his last four years there. For some recent context, consider that Eddie Rosario led the 2018 Twins in DRC+ at 113.

Few people in the 1970s properly appreciated the value of walk-drawing and on-base skills when they didn’t come attached to big batting averages, big power, or big stolen base totals. Braun had a good but not great .284 batting average with the Twins and totaled even fewer steals (32) than homers (35), but his .376 OBP was nearly 50 points above the AL average from 1971-1976 and his .381 slugging percentage was actually slightly above average as well. In comparing DRC+ to raw OPS totals, his 1974 season is the most underrated in Twins history, with a 116 DRC+ showing Braun as 16 percent better than an average hitter while his OPS was a modest .725.

While not considered a standout defender, Braun’s ability to play multiple positions gave him added value. During six seasons with the Twins he saw significant action at second base, third base, shortstop, and left field, and also got a little time at first base and right field. FRAA rates Braun as a neutral-ish defender, which along with the underrated hitting gives him an average of 3.4 WARP per 150 games in a Twins uniform. Rosario led the 2018 Twins with 3.8 WARP and, as an example, Brian Dozier averaged 3.8 WARP per 150 games for the Twins.

In November of 1976 the upstart Seattle Mariners plucked Braun off the Twins’ roster in the expansion draft, ending his time in Minnesota. He later became a Whitey Herzog favorite in Kansas City and St. Louis, helping the Hall of Fame manager win two pennants as a super-sub. Six seasons and 2,800 plate appearances of outstanding top-of-the-order hitting, plus versatile defense, made him an impact player for the Twins even if it wasn’t apparent to everyone at the time.

I contributed an article about Max Kepler to the Twins Daily Offseason Handbook, examining how frustrating his lack of development has been and how difficult it is to project the future of a clearly talented young hitter who hasn’t shown any improvement three years into his big-league career. You can read all 2,500 words for free, but in the meantime here’s the very short version in table form:

Kepler hasn’t been bad, he just hasn’t gotten any better. And that’s mostly because his consistently low batting averages on balls in play drag down an overall performance that includes the type of power, patience, and strike-zone control normally associated with much better hitters.

Kepler had a .257 BABIP from 2016-2018, which was ninth-worst in baseball among the 236 hitters with at least 1,000 plate appearances, and his .236 BABIP in 2018 was third-worst among qualified hitters. Most of the guys in that same low-BABIP range are some combination of right-handed, slow/old, and extreme fly-ball hitters, but Kepler is none of those things. Yet because he’s posted a very low BABIP in all three years, including one of the worst marks in baseball this past season, it’s getting harder not to assume something beyond just bad luck is to blame.

It’s easy enough to see why DRC+ likes what Kepler did in 2018 if it’s able to look past his .236 BABIP, because he had 20 homers and 54 total extra-base hits, drew 71 walks versus just 96 strikeouts, and held his own against left-handed pitching for the first time. If you buy into the idea that his .236 BABIP last season is clearly a fluke, and the idea that his .257 career BABIP is also much worse than he deserves, then Kepler is a 26-year-old outfielder with 20-homer power, 70-walk patience, a low strikeout rate in a high-strikeout era, and a good glove.

I’m still somewhat skeptical—there’s been some compelling analysis done to trace Kepler’s low BABIP to swing mechanics that lead to pop-ups, weak ground balls, and otherwise easy outs—but in the big picture DRC+ tends to be right more often than it’s wrong. And if DRC+ is right in this case, that means Kepler had something of a mini-breakout in 2018, producing 3.6 WARP and checking in at 11 percent better than the league-average hitter, in line with established quality bats like Mike Moustakas (110) and George Springer (110).

You need to be logged in to comment. Login or Subscribe
John Collins
I loved this! Fascinating! I always liked Steve Braun and Brunansky. I am a little sad about how my childhood hero Carew fares under DRC+ though.
Reply to John
Shawn Bode
I recently found a list I made as an about 9-10 year old kid from about '74 of my 10 favorite baseball players: Steve Braun was #1 and Carew was #2. Non-Twins rounded out the rest of the list. This was a fun read and maybe back then I saw something more than just having the similarities of playing 3rd, batting left and throwing right that made me like Braun. Probably not.
Reply to Shawn