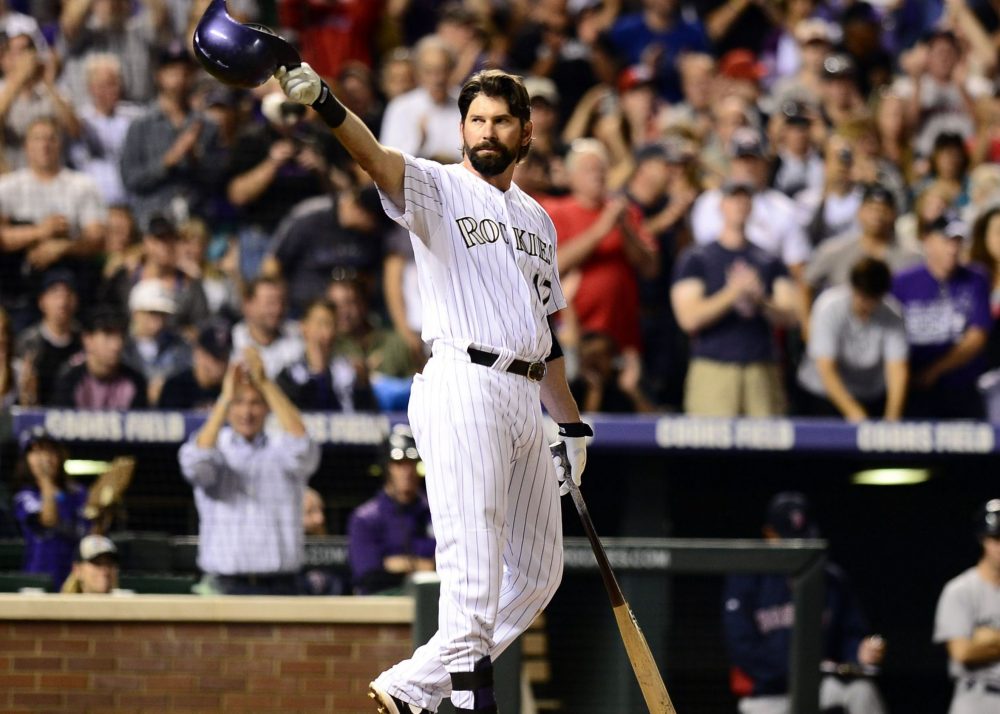 The most exciting part of receiving any new statistic is opening up the leaderboards for the first time. It’s a little like getting introduced to really good criticism about a favorite novel or band: Suddenly, everything is slightly recontextualized. You’re looking at this familiar, beloved creation from someone else’s point of view. There’s a cognitive upheaval as these new ideas combine with your old ones, and you have to sort through them, take some in and discard others.

There’s a temptation to think that this act of evaluation, this taking and leaving, discredits the exercise entirely. After all, they’re numbers: They’re either right or they’re wrong, like all math. Anything more complicated than that would be obfuscation, the trope of lies, damn lies, etc. It’s the same mentality that makes people upset that there are different types of WAR(P) metrics: a number, especially one with a decimal, promises certainty. If there are multiple different numbers, there must be a lie.

It doesn’t work that way, really; numbers are just as artistic and opinionated as words. They are words, just with handy single-digit codes. This is evident when you see a two-digit Metacritic score slapped on an art film, or a seven handed down by a Russian judge. Numbers like WARP are reflective of values, and values are individual. Baseball-Reference values a player differently than FanGraphs, in turn differently from Baseball Prospectus. We’re all on different paths, usually running side by side, toward the same goal. The development of DRC+ is not an alteration of that value, but an evolution in how we assess the offensive contribution of baseball players, the weights we apply to what happened.

That’s the important message, I think. Statistics can represent facts. They don’t have to, though; they also represent values. Statistics often tell us how to feel, have always done so. The phrase “.300 hitter” is fairly meaningless as a literal description, but it carries an undying positive connotation. The 3,000-hit club. The four-win player. And, as Hall of Fame voters are now forced to consider, the 15-home run first baseman.

With that in mind, returning to our new leaderboard, the first step is to see what changed, and how we feel about it. Sorting by the new WARP against the old, we find a lot of lightweight shortstops who never struck out and put the ball in play, evidence of DRC+’s more conservative overall distribution curve. On the other end there’s Carl Yastrzemski and his 40 years of service in an extreme hitter’s park, and a bunch of Colorado Rockies.

Colorado has been the bane of baseball statistics for a quarter century. The offensive numbers that sprung from Coors Field, so shocking when they first appeared, wrapped its first core of hitters in fame: Galarraga, Bichette, Walker, and Castilla all enjoyed multiple All-Star games and earned MVP votes. Then the rest of the world followed suit, and it felt for a time as if Coors Field were everywhere that Mark McGwire and Sammy Sosa and Barry Bonds stepped foot. By the time Larry Walker waited his five years to have his career judged, people were sick of the lies, the road splits, and the disastrous pitcher acquisitions, at least subconsciously; his ballot total has peaked at 34.1 percent, with only two years to build momentum.

We thought we’d fixed the Coors Field problem, from an analytical standpoint. Sabermetrics provided us with league- and park-adjusted statistics. They were supposed to pierce through the mirage of Coors Field, and their return: that Walker and Todd Helton are, by numerical standards, perfectly acceptable Hall of Fame candidates. WAR and JAWS both agree. And yet the statistics failed to do their job, not through some error in their formula (though wRC+ has been unduly harsh on Coors Field), but in their charisma. They couldn’t shake the common perception of the two sluggers as recipients of thin-air steroids. “Coors” was enough, in one word, to banish all further discussion.

It might be time, with the release of DRC+, to reconsider these deep-set beliefs. Not just about the mile-high air, although park factors are certainly one of the most drastic differences between BP’s model of offense and others. But it isn’t the only one; low strikeout totals are also rewarded, because unlike conventional statistics, DRC+ awards the batter a small fraction of the benefit of reaching on error by putting the ball in play to be erred on. This benefits both Walker and Helton, who struck out less often than their peers. But there are two major tenets, commonly held among baseball fans and experts alike, that hold fairly well as rough shorthand but lose their value when evaluating careers of 10,000 plate appearances.

It’s a little strange for a site like BP to attack this pearl of wisdom, given that the value of walks were for so long a battle cry in baseball analytics. But though for much of baseball history batting average was overrated and on-base percentage conversely underrated, the walk has become so celebrated that the base hit has almost become the underdog. A walk is very nearly as good as a hit, in the sense that both acts accomplish the primary goal of a hitter, which is to avoid making outs. But singles obviously do more than walks: they advance unforced runners, create possibilities for extra bases and errors on the play.

This is the sin of OPS, and the result of the number being the first “advanced stat” to reach the mainstream in the modern era. The idea that OBP was the more valuable of the two numbers is hardly new; Bill James decried the problem of OPS decades ago, and also decried it earlier this year.

To a certain extent, the modern game has fallen victim to the OPS delusion, the belief that one point of slugging percentage is equal to one point of on base percentage. It isn’t. A good sequential offense is much stronger than a let’s-all-hit-homers offense.

It’s interesting how we’ve dealt with this concept. It seems like we understand it most of the time, in most situations: Certainly, we can handle it when we talk about Joey Votto. But Votto has “enough” power that he squeaks past criticism (most of the time … OK, some of the time in Cincinnati) with his .400 OBP; there seems to be a threshold where a lack of power is no longer acceptable for a first baseman no matter what he’s hitting, and post-peak Helton appears to be firmly beneath it.

Again, it comes down to perception. When it comes to the Hall of Fame, most people don’t engage in a lot of intellectual rigor; they decide how they feel, and then they hunt for statistics—and the underlying value judgments of those statistics—that support their case. For Helton in particular, this is a problem, because he absolutely needs statistics to make his case. He doesn’t feel like a Hall of Famer, in the sense that he lacked the postseason glory or the physique or the power from the first base position to qualify (even though, five minutes later, we’ll remember that power is overrated). Helton doesn’t look like Harmon Killebrew, even though it turns out he’s very nearly as good as Killebrew.

In fact, Killebrew and Helton are almost next to each other on the new WARP leaderboards, near, of all people, Jeff Bagwell:

It’s illuminating to see how these three different players arrived at the same destination. Killebrew’s raw numbers pale, but of course he spent his prime in the inhospitable hitting environment of the 1960s. Helton and Bagwell were almost identical hitters; Helton had the better glove, and Bagwell had the better legs. The Coors Effect still applies, in diminished form, to Helton, but is effectively negated in the slightly better batting average and on-base percentage.

Ultimately, if neither Larry Walker nor Todd Helton make the Hall of Fame, it won’t be because of their statistics; it’ll be because neither matches the archetypes that we’ve created for what a great player looks like. Most players, at first glance, don’t. This is why the process takes 10 (or, until recently, 15) years for some: their careers don’t change, but we evolve our definition of greatness to encompass what they are.

But Coors Field acts like an inhibitor, blocking the signal; it halts the process of consideration before it can even begin. It explains why there’s been very little discussion of Helton, even as we begin the evaluation process for other players early, sometimes before they even retire. We don’t want to think about Helton, or that purple-tinged jersey. This is, in another way, a virtue of index stats like DRC+; by covering all of its mechanical parts under the hood, it denies us the opportunity to trigger our own biases. Suddenly it’s not about how the player did it, and whether it was the right way. Instead, it just comes down to what he contributed.

DRC+ (and the WARP metric that now encapsulates it) is not a definitive assessment of any ballplayer. It’s our best approximation of what a hitter contributes to his team’s success, assembled out of weights and measures. But regardless of whether you agree with our conclusions, it should be clear that it’s time to stop just saying “Coors.” Park factors aren’t the only factor. Baseball players can be great in many places, and in so many ways. Sometimes it’s our own sense of greatness that requires the adjustment.