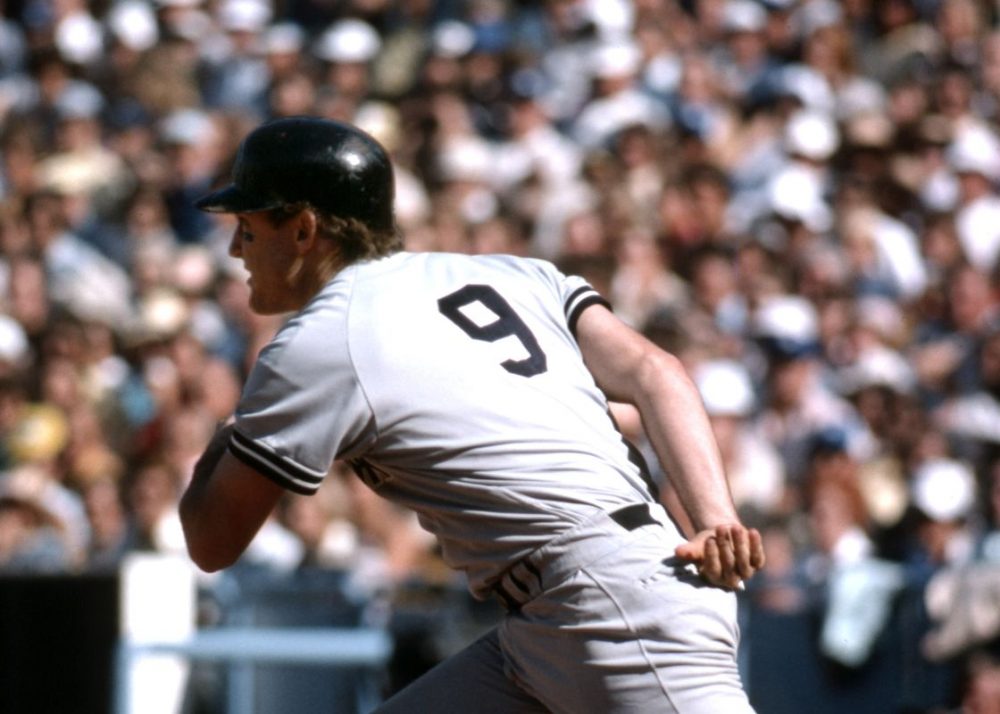 Bill James once said of new baseball stats that the good ones will jibe with conventional wisdom in 80 percent of all cases, but depart importantly from it the rest of the time. That’s the measure of a metric that remains grounded in reality, but that can seriously claim to change our understanding of this mysterious game for the better.

Naturally, then, when something like this week’s rollout of Deserved Runs Created occurs, we look for opportunities to delve deeply into the surprising cases. In the case of DRC+, because of its ambitious scope and the way it introduces a new philosophy to the measurement of offensive outcomes, there are no shortage of these. It’s a framework that makes a ton of sense—that’s clear when you dig into our DRA Runs leaderboards, where you can find the number of runs above average a player contributed through their contributions to every meaningful offensive outcome. The granularity and mathematical rigor of the model, however, opens the door for some big changes in the way we view various batters, because it cleans up some of the more glaring inefficiencies of traditional batting stats.

The most extreme such surprise, the guy DRC+ holds in the highest regard (relative to wRC+, the former offensive statistic of record), is longtime third baseman Graig Nettles. Though he’s quietly been one of the most deserving would-be Hall of Famers kept outside the Hall for years, this new and improved understanding of his offensive contributions turns Nettles into a glaring omission from Cooperstown. He’s one of the best third basemen of all time, and for too long most of the baseball world failed to see it.

No single thing explains this. There’s no one adjustment that radically alters Nettles’ value. Rather, there are a bunch of things at which Nettles was either very good (but which were under-appreciated during his career) or was slightly better than our old metrics could capture and convey. His raw production, the environments in which he performed, and the importance of his defense relative to that production all were misunderstood, to various extents, and that led to Nettles being underrated at a holistic level.

Firstly, remember the way Nettles got started. He was a fourth-round pick of the Twins in the first amateur draft, in 1965, out of San Diego State University. It would be almost half a decade, though, before he could establish himself in the majors. He hit well for most of his minor-league career; he just found himself blocked in Minnesota. Nettles was viewed as a possible prospect at either corner in the infield or the outfield, but the Twins had Harmon Killebrew at first base, Cesar Tovar at third base, Tony Oliva and Bob Allison in the outfield corners.

After two frustrating seasons of never quite finding regular playing time, Nettles was shipped to Cleveland. There, he played three utterly brilliant seasons, maybe the best of his career, and that fact didn’t escape observers at the time. Because of overconfident park factors and the league’s offensive levels, however, those three campaigns have been somewhat lost in the wash of history.

From 1970 through 1972, Nettles had a Batter Park Factor, under our old model at Baseball Prospectus, of 102. Therefore, that model was taking all of his raw stats and nudging them slightly downward. With DRC+ and its skeptical approach to park adjustments, and given Nettles’ power and command of the strike zone, his statistics instead get a very slight bump.

To our modern eyes, even those Deserved numbers look only modestly impressive. Given the overall offensive level of MLB in the early 1970s, though, it was better than it looked.

That meant Nettles was significantly better than a league-average hitter, even without gaudy raw numbers. Of course, that production coincided with his move to third base, where he also proved to be the best defender in the American League almost right away. He wouldn’t pile up Gold Glove awards during his career, thanks to Brooks Robinson (who kept winning the award even after Nettles clearly passed him by), but would eventually squeeze in two of them before his defensive decline set in.

We’ll be talking mostly about DRC+ itself over the coming days and weeks, and the way it changes our understanding of offense. It’s almost equally important, however, to consider the implications of a transition to DRC+ on the broader notion of player value. Until now, we’ve relied on offensive statistics that over-credited and over-debited batters by treating their outcomes as entirely trustworthy, and that’s led to a value framework that leans too heavily on hitting. With the greater skepticism and smaller range of values yielded by DRC+, a higher percentage of a player’s value comes to be determined by their defense, baserunning, and positional value.

A great fielder at even a modestly important defensive position is further along the path to elite status in a DRC-driven WARP model than is the same guy in a world ruled by wRC+ or OPS+. This runs much deeper for Nettles, though, because again, DRC+ adjusts his offensive performance itself for the better, more than it does for perhaps any other hitter on record. The reasons for that are a bit complicated, not because they’re hard to spot, but because they’ll require some defending.

Nettles would be dealt to the Yankees after the 1972 season, and he would hit a true offensive peak beginning a few years later. Beginning in 1976, at age 31, he would turn in a DRC+ of 121 or better in nine out of 10 seasons. He did it without ever posting an especially impressive batting average. His best average in any season during which he qualified for the batting title was .276. He qualified in 12 seasons with averages below .270, a benchmark of longevity and mediocrity bested only by Darrell Evans, who did it 13 times.

As one might imagine, DRC+ loves guys who hit for low averages. Well, that’s not exactly right. No one (DRC+ included) loves guys who hit for low averages, if they don’t make up for that in other ways. When a batter demonstrates the ability to do just that, though, DRC+ falls in love. Evans is another darling of the system. The model is more skeptical of singles and triples rates, relative to league averages, than of strikeout or walk or home run rates. Nettles was always short on singles; that was his great failing. He posted the lowest BABIP in baseball history, for a batter with 7,000 or more plate appearances, at .245. He struck out less often than an average batter, though, and he walked more often than an average batter, and he always hit for good power.

The question, then, is whether DRC+ dings Nettles (and the other great low-BABIP hitters of baseball modernity, Evans, Dave Kingman, Killebrew, and Mark McGwire) as much as it should for his inability to generate singles on balls in play. There’s room for debate on the issue. To be sure, it softens that blow more than other systems do. Evans, Kingman, Killebrew, and McGwire all join Nettles on the list of guys who do significantly better according to DRC+ than according to other models. Nettles actually gains a few runs over the course of his career in the skill segment that is In-Play Outs avoidance, which is purely because the model strips away some 130 of the outs he made on balls in play during his career and turns them into singles.

In a career that spanned from age 22 to 44, Nettles didn’t do enough bad work on balls in play to convince DRC+ that he deserved to hit .245 on them. That might seem outrageous, but go back and consider that list of other low-BABIP guys. Evans, Killebrew, and Kingman were all (essentially) contemporaries of Nettles. That’s not coincidence. The league’s aggregate BABIP for the years 1968-1988 was .282. Since 1989, it’s .297. To get to that number, the league’s batters have slowly traded contact for exit velocity—sometimes voluntarily, sometimes involuntarily.

Nettles played before the league was making those tradeoffs, and even then, he didn’t make those tradeoffs. He could hit for power and draw walks without whiffing more than about once every nine trips to the plate. Given that, it’s fair to assume that at least some of his problems getting hits of any other kind were attributable to the extraordinarily high level of defense the league was playing, the makeup of the ball at various points during his career, and other external factors.

There are obvious ways in which DRC+ can help correct for strange environments and fluctuations, but there are also crucial and almost invisible ones. This is one of the latter cases. Nettles was an exceptionally well-rounded hitter, probably one without a true and glaring weakness. But because his weakest skill was one the league exploited very well during his career, raw numbers have always suggested he did have a major deficiency where BABIP was concerned. Since that particular weakness is the one most obviously susceptible to large fluctuations and manipulation, perhaps we ought to have seen through that sooner, but DRC+ gives us a clear look inside the machinery.

He has no real chance at the Hall of Fame now. He’s been gone too long from the game. He remains overshadowed, defensively, by Robinson, and offensively, by George Brett. He made frequent appearances in the playoffs, including playing in five World Series and winning two championship rings, but the ways in which he dazzled during those national spotlight moments (defensive gems, mostly) have faded and his unimpressive postseason batting stats are all that remain. He would be the first position player ever inducted with a career batting average under .250.

None of that means he doesn’t belong, though. As DRC+ helps make clear, bad timing and bad math made him out to be merely good, but the truth is that Nettles was a two-way superstar for a decade or more, and that he would be a very well-qualified addition to the undermanned third base roster in Cooperstown.

You need to be logged in to comment. Login or Subscribe
Michael Vogel
Great stuff. Growing up watching hundreds of Yankees games during that era, it certainly felt like Nettles was a huge part of their success, and it’s nice to see that borne out in the stats.
Reply to Michael
Donald Johnson
It seems that frequently in the DRC+ discussion, adjusting the park factor is frequently mentioned. How stable are these park factors from year to year, especially where the fences haven't changed, etc. ? I am just wondering if much of the variance that we saw previously in wRC+ or OPS+ has merely been moved to the park factor.
Reply to Donald