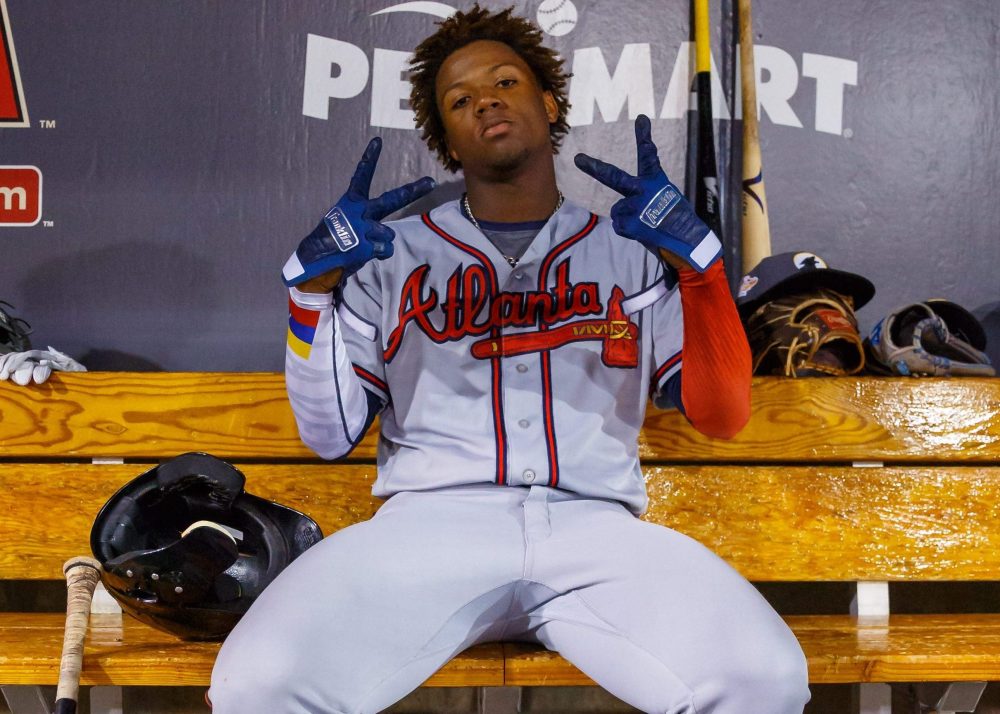 Each spring, with the help of a fresh batch of PECOTA projections, I pick 10 hitters and 10 pitchers to have breakout seasons. This year’s picks have been a mixed bag—for every Blake Snell and Matt Chapman success story, there’s a big whiff on Greg Bird and Lewis Brinson—because, you know, predicting the future can be somewhat difficult. But now that we’re actually in that future, I thought it would be worthwhile to identify the real breakout players of 2018.

This type of thing is inherently subjective, but I’ve limited the pool of candidates to those who improved by at least 2.0 WARP compared to 2017. From there, I’ve removed from consideration veterans like Manny Machado and Wilson Ramos who were previously very good before a down 2017, as well as veterans like Derek Holland and Jordan Zimmermann who have been merely decent in 2018 after being very bad in 2017. My goal here is to focus on young and/or unproven players who made The Leap this season, reaching new heights.

It’s a rare season in which “a few of these rookies look like future Hall of Famers” isn’t absurdly hyperbolic, but this is a truly spectacular group led by 19-year-old Juan Soto, 20-year-old Ronald Acuna, and 23-year-old Shohei Ohtani. Even the honorable mentions are hitters (Gleyber Torres, Miguel Andujar, Harrison Bader, Brian Anderson, Joey Wendle) and pitchers (Jack Flaherty, Walker Buehler, Shane Bieber) who would be getting plenty of attention in other years. It’s easy to envision the debuts of Acuna, Ohtani, and Soto as what’s remembered about the 2018 season 10 years or even 10 decades from now, and there’s a lot to dream on with Torres, Flaherty, Buehler, and Andujar too. It’s a helluva freshman class.

Ohtani’s rookie WARP breaks down as 2.5 from his bat (.291/.371/.589 in 300 plate appearances) and 1.1 from his arm (3.31 ERA, 63/22 K/BB ratio in 52 innings). On a rate basis, he’s been roughly equal to Soto (.306/.421/.529) and Acuna (.290/.368/.578) offensively, but they each have about 125 more appearances. Soto and Acuna are two of the best young hitters baseball has ever seen, which makes it so remarkable that Ohtani has kept pace with them in between pitching and rehabbing from a pitching injury. Combining their rookie performances, their pedigrees, and their long-term outlooks, Soto, Acuna, and Ohtani are one of the greatest rookie trios of all time.

Everyone is at least 25 years old and entered 2018 with fewer than 500 career plate appearances/batters faced in the majors, including no more than 311 in a season. These are the types of breakouts that tend to get “out of nowhere” labels, but that’s not entirely accurate. Max Muncy and Max Stassi fit that description pretty well, but Brandon Nimmo and Jesus Aguilar thrived in part-time roles last season and Miles Mikolas got $15.5 million to come back to the majors based on the success he had in Japan. With that said, obviously no one expected All-Star campaigns from any of these guys, let alone from three of them. Nimmo is the only one with his original organization.

Muncy hit .195 in 96 games for the A’s in 2015-2016 and then didn’t appear in the majors at all last season, playing at Triple-A for the Dodgers without getting a call-up. Now he leads the league in slugging percentage (.578) and leads the majors in isolated power (.325), with only J.D. Martinez (.302) and Mike Trout (.302) joining him above .300. Even for a Dodgers team that has made a recent habit of finding/creating diamonds in the rough, Muncy’s breakout has been shocking to witness. I’m very curious to see how PECOTA views his outlook for 2019 and beyond, because I truly have no idea what to expect.

Stassi is definitely the least prominent breakout here, as most of his value comes from excellent catcher defense. In particular, his receiving technique—in which he seems to slightly raise his glove to accept each pitch, like you might gently stop a helium balloon from floating away—has produced a league-leading +13.1 framing runs for a team that lost veteran starter Brian McCann to injury. And while his .234/.322/.407 line at the plate may not look like much, that makes Stassi a plus bat at a position where the average mark is .233/.305/.375. Not bad for a guy who spent nine seasons in the minors before getting his first crack at extended playing time in the big leagues.

Patrick Corbin approached similar heights back in 2013, but then blew out his elbow. He missed all of 2014 and posted a 4.35 ERA from 2015-2017. He’s still just 27 and now he’s striking out more than 11 batters per nine innings compared to a previous career-high of 8.4, and he’s served up just 13 homers in 29 starts. PECOTA viewed Bauer as having a quasi-breakout last season because it focused on his secondary numbers rather than a 4.19 ERA, and this year he’s having an undeniable breakout with a 2.22 ERA and 214 strikeouts versus just eight homers in 166 innings. And despite seemingly being around forever, including four straight seasons with 25-plus starts and an ERA above 4.00, he’s still just 27.

Kyle Freeland has seemingly figured out the impossible: How to pitch at Coors Field. His current 2.21 ERA at Coors Field this year is the lowest in the history of the Rockies among pitchers to make at least 10 home starts in a season, and no one else is below 2.75. He also had a 3.72 ERA at home as a rookie last season, which itself is a mark that’s only been bested 10 times in team history. Through two seasons, his career ERA at Coors Field in 2.99. For some context: Ubaldo Jimenez (3.67 ERA, 66 starts) is the only pitcher in Rockies history with at least 35 home starts and an ERA under 4.00 at Coors Field.

These are young stars becoming young superstars, although perhaps in Mookie Betts‘ case it’s more like a superstar becoming a superduperstar. You get the idea. All five will no doubt receive significant MVP votes, and Christian Yelich is the oldest of the bunch at 26.

Matthew Trueblood touted Matt Chapman as the best defensive third baseman in baseball shortly after he debuted last June, and sure enough FRAA rates his glove as +26.8 runs in 213 career games. He’s become an offensive force as well by hitting .280/.362/.521 with 22 homers and 44 doubles/triples to carry the A’s toward an unexpected postseason berth. Javier Baez also made a name for himself on defense first, but now he’s also hitting .293/.326/.563 with 30 homers and 45 doubles/triples while bouncing around the infield wherever the Cubs need him most.

Bregman debuted in mid-2016, a little more than one year after the Astros drafted him no. 2 overall. In three seasons he’s progressed from above-average regular to all-around star to clear-cut superstar, upping his OPS from .791 to .827 to .954 while improving his K/BB ratio from 3.5 to 1.8 to 0.9. Still only 24, he’s been the defending champs’ best player on a 100-win team with the actual reigning MVP and all sorts of star power. Betts reached superstar status in 2016, but what he’s done this season is on another level. Betts leads the majors in WARP despite missing 20 games, and Manny Ramirez in 2002 and Carl Yastrzemski in 1967 are the only Red Sox hitters to top his current 182 OPS+ since Ted Williams.

Thank you to Rob McQuown for doing the statistical heavy lifting, as always.

You need to be logged in to comment. Login or Subscribe
Kerry Brashears
No honorable mention love for Jose Peraza? He’s gone from -0.7 WAR to 2.1 WAR and from question mark to solid regular under 25. I realize you really didn’t have a category for that, I’d just like to see him get some kudos for the year he’s had.
Reply to Kerry
brucegilsen
In this high velocity era, corbin rarely throws a pitch faster than 91 (april excluded), which i find amazing.
Reply to brucegilsen