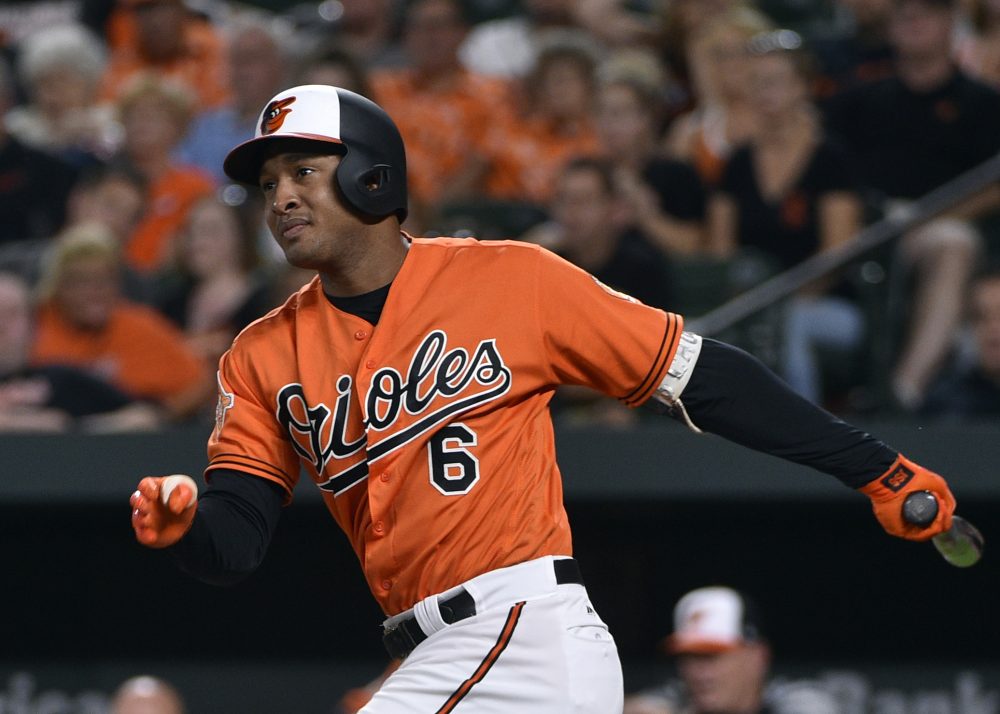 It was a toss-up between the middle infield and the bullpen as Minnesota’s most obvious area of need heading into the offseason. No relief help has been added yet, but the Twins shored up the infield with a pair of same-day moves, signing former All-Star second baseman Jonathan Schoop and former Yankees utility man Ronald Torreyes.

Schoop is an obvious fit, essentially taking over for Brian Dozier (and, briefly, Logan Forsythe) as Jorge Polanco‘s double-play partner while bringing Dozier-like right-handed power along with what the Twins hope will be superior defense. While far from identical all-around players — more on that in a moment — Dozier and Schoop have similar power numbers since 2015.

Torreyes is an equally sensible fit as a utility man, offering a good glove (+6.2 FRAA in 229 career games), an acceptable bat (.281/.310/.375), and a sterling clubhouse reputation, but it’s unclear if his roster spot is assured. Ehire Adrianza, the Twins’ primary backup infielder for the past two seasons, just signed a one-year, $1.3 million deal to avoid arbitration. Torreyes, who’s 26 years old and potentially under team control through 2023, has a minor-league option remaining and could be stashed at Triple-A.

It’s possible the Twins could keep all four on the Opening Day roster — Polanco and Schoop as the starters, Adrianza and Torreyes as the backups and Miguel Sano insurance — but that would be a tricky fit given the 13-man pitching staff they used for much of 2018. Even with a 12-man staff, most AL teams don’t carry two utility infielders, and Adrianza and Torreyes have overlapping skill sets. Arbitration contracts aren’t fully guaranteed, meaning Adrianza could be released before Opening Day for a fraction of his salary, perhaps setting up a spring training competition with Torreyes for one bench spot.

There will be no such competition for Schoop, who was brought in for his power and glove. He’s topped 20 homers in three straight seasons, with his total of 78 during that time placing third among all second basemen behind Dozier (97) and Rougned Odor (81). FRAA ranked Schoop as MLB’s second-best defensive second baseman in 2017-2018, rating him +8.9 runs in 2017 and +10.2 runs in 2018, the latter of which included some time at shortstop for the Brewers. He hits the ball over the fence, he converts grounders into outs, and he turns a slick double play, but Schoop also brings some glaring flaws to the table.

C.J. Cron, acquired by the Twins last week to take over as the starting first baseman, had the 20th-highest out-of-zone swing rate during that same period, and Twins left fielder Eddie Rosario beat them both in the hacker department by ranking sixth. Minnesota’s lineup is down three of the league’s most patient hitters since the middle of last season, with Dozier leaving via July trade, Joe Mauer retiring, and Robbie Grossman non-tendered to make room for Cron. They each swung at fewer than 25 percent of non-strikes from 2016-2018, ranking above the 90th percentile. Cron, Schoop, and Rosario are at the opposite end of the spectrum, biting on 38, 40, and 42 percent of non-strikes, respectively.

It’s possible the Twins are purposely shifting from ultra-patient to ultra-aggressive hitters, feeling that otherwise productive hackers have become undervalued as every team searches for high on-base percentages. Of course, there’s a reason hitters who control the strike zone and get on base are in such demand, and zigging when then conventional “zag” is disciplined hitters would certainly be a bold approach. It’s also possible they simply felt Schoop and Cron represented good value and snatched them up without any zagging in mind. Either way, the Twins’ lineup has undergone a major stylistic change, adding power and subtracting patience.

Whenever an undisciplined hitter struggles it’s natural to point to their lack of strike-zone control as the cause, and certainly Schoop has a particularly volatile skill set that puts him at risk for rapid decline. He was borderline unplayable for the Brewers in the second half, which is why they non-tendered him rather than pay a projected $10 million via arbitration and why a 26-year-old middle infielder one season removed from being an All-Star was available to the Twins for a one-year, $7.5 million commitment.

Prior to falling apart in Milwaukee, he slugged .447 with 17 homers in 85 games for the Orioles in 2018. That’s similar to his slugging .454 with 25 homers for the Orioles in 2016, with the breakout 2017 campaign sandwiched in between. Schoop doesn’t need to be the 2017 version of himself to help to the Twins and provide good value, he merely needs to avoid being the version from the second half of 2018. If he slugs .450 and plays good defense, the Twins will live with a poor OBP and some cringe-worthy at-bats. And if he doesn’t, they can part ways pretty easily while perhaps turning the position over to prospect Nick Gordon in the second half.

This free agent class was long on average-ish second basemen even before Schoop was tossed onto the pile. Minnesota expressed interest in DJ LeMahieu and Jed Lowrie, both of whom would have required multi-year commitments at bigger salaries than Schoop, whose age and 2017 upside made him an appealing target among one-year options. For better or worse re-signing Dozier wasn’t going to happen, as both sides were happy to move on by the time he was sent to the Dodgers. Schoop replaces Dozier’s power and improves upon his defense while sacrificing on-base skills. Schoop is also 27, whereas Dozier is 32, which is key with both players coming off rough seasons that put their futures in question.