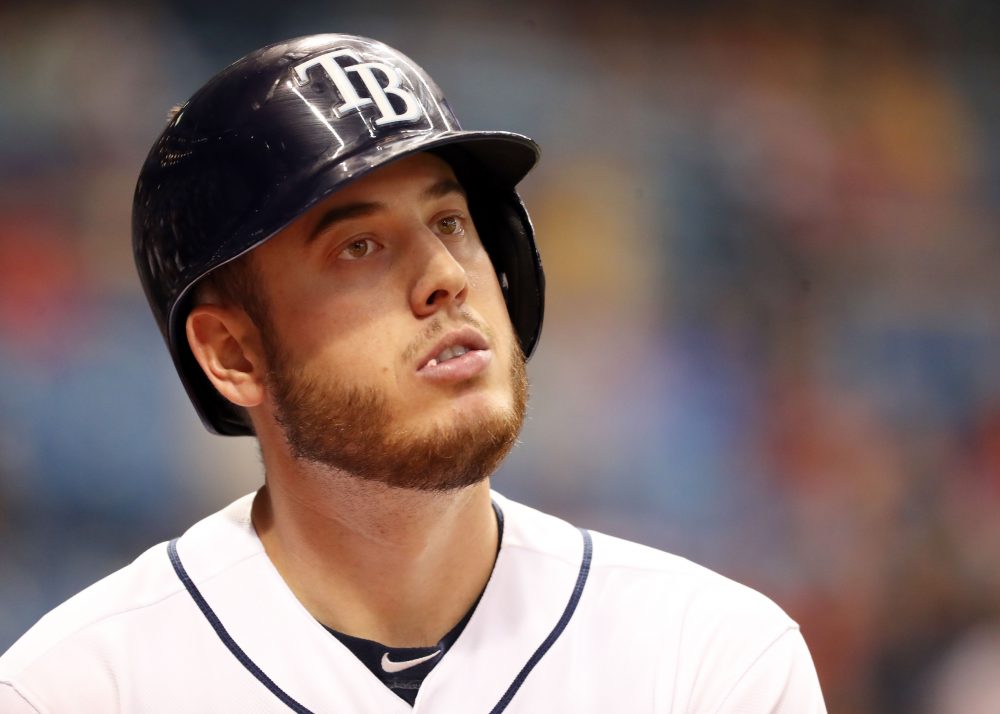 C.J. Cron was designated for assignment by the Rays last week in a cost-cutting move, as his projected $5 million salary via arbitration didn’t fit their tiny payroll. Rarely is the Twins’ payroll an advantage, but they always look like big spenders compared to the Rays and likely have at least $50 million to invest this offseason thanks to nearly all of their guaranteed contracts coming off the books. They also have an opening at first base following Joe Mauer‘s retirement and a new manager in Rocco Baldelli who spent the past year coaching Cron in Tampa Bay, making the overall fit an obvious one.

It’s the continuation of musical chairs that began last offseason, when the Rays dumped the arbitration-eligible Corey Dickerson in a similar payroll-slashing move, acquiring Cron from the Angels to replace him. Dickerson had a typically solid year for the Pirates, hitting .300/.330/.474 while making $6 million. Cron had a career-year for the Rays, hitting .263/.329/.493 while making $2.3 million. Now that Cron is due for a raise, he moves to Minnesota, with the arbitration-eligible Robbie Grossman and his $4 million projected salary perhaps the odd man out in the Twins’ lineup. (Tyler Austin, a Cron-esque right-handed slugger acquired from the Yankees for Lance Lynn, is another option for displacement.)

Grossman did an admirable job for the Twins over the past three seasons, hitting .266/.371/.400 in 1,310 plate appearances as a semi-regular after being signed to a minor-league deal. He’s an extremely patient switch-hitter with limited power, whereas Cron is a right-handed hacker who had more homers (30) in 140 games for the Rays last season than Grossman has (25) in 347 total games for the Twins. Cron isn’t a sure thing to out-produce Grossman overall, and Grossman may have a higher floor thanks to consistent on-base skills, but Cron’s power gives him more upside.

Beyond that, Cron is a better fit for the Twins’ current roster. Grossman has played quite a bit of outfield in Minnesota, but he’s an awful defender with limited range and terrible instincts. He’s really a designated hitter, particularly given that the Twins have plenty of outfield depth on hand with Eddie Rosario, Byron Buxton, Max Kepler, and Jake Cave. Cron has never played the outfield and would probably be even worse than Grossman if he tried, but he’s an adequate defensive first baseman and the Twins have plenty of need for that.

Cron got off to a terrible start with the Angels in 2017, which obscures that his 2018 “breakout” really began in the second half of 2017. He hit .267/.326/.512 with 14 homers in 63 games after the All-Star break, followed by .253/.329/.493 with 30 homers in 140 games last season. As noted by Parker Hageman of Twins Daily, that improved production came attached to some swing changes designed to allow his bat to spend more time in the zone and to give him more of a chance to show power to center field and right field. Or maybe he just had a career-year at age 28, which often doesn’t require an explanation.

Clearly the Twins are optimistic Cron’s career-year is predictive. They could have stuck with Austin at first base and Grossman at DH. They could have signed a pricey bat like Nelson Cruz or a low-cost one like Matt Adams. Cron represents something of a middle ground. He has 30-homer power, with an above-average track record before 2018, and as a bonus he’s under team control for 2020 too. If things go poorly, $5 million won’t have kept them from pursuing bigger offseason additions and they can move on without having parted with prospect capital. Arbitration deals are only partially guaranteed, so technically they could even cut Cron before Opening Day at minimal cost if a better option emerges.

Cron was the 17th overall pick in the 2011 draft after putting up insane numbers for three years at the University of Utah. His power has largely translated to the majors, with an average of 26 homers per 600 plate appearances for his career, but his free-swinging approach and lack of strike-zone control have kept him from becoming an elite hitter. Since his 2014 debut, Cron has swung at the 15th-most pitches outside the strike zone among 242 total hitters with at least 1,500 plate appearances. Carlos Gomez, whom Twins fans no doubt remember for swinging at everything, is one spot in front of Cron on the same list.

However, despite chasing non-strikes way too often, Cron has been an above-average hitter in four of his five seasons and his career OPS+ of 112 puts him in the same range as quality right-handed bats like Yulieski Gurriel (113), Marcell Ozuna (113), Evan Gattis (112), Steve Pearce (111), Nick Castellanos (111), and Wil Myers (110). Cron has also been similar, in production and undisciplined style, to the Twins’ best left-handed bat, Eddie Rosario. It may not seem like a natural comparison, but Rosario swings at more non-strikes than just about everyone, Cron included, and their respective 2018 and 2015-2018 numbers are very close.

It’s not a perfect comp by any means, as Cron walks and strikes out more often and Rosario has much better bat-to-ball skills leading to higher batting averages. And in the bigger picture, Rosario simply has more all-around value and upside. But just in terms of hitting styles, Cron as a right-handed Rosario is at least a strong resemblance. That can be a good thing and a bad thing, of course. Rosario is often a very good hitter, but he’s also occasionally a very bad hitter because of his inability to lay off non-strikes. And certainly Rosario’s bat in the form of a slow, pull-heavy first baseman is much less exciting.

Minnesota has all kinds of holes to fill following a disappointing 78-win season that unraveled in no small part because the free agents they signed to one-year deals last offseason mostly flopped. None more so than Logan Morrison, another Rays first baseman coming off a career-year, although similarities beyond that are strained and, presumably, the Twins can count on Cron to avoid a Morrison-like season-wrecking injury. Cron may flop too, but his track record is decent, his 2018 improvement is encouraging, and he fits the Twins’ roster and their oft-stated desire to add players who can be around for multiple years, all without eating into much spending room.