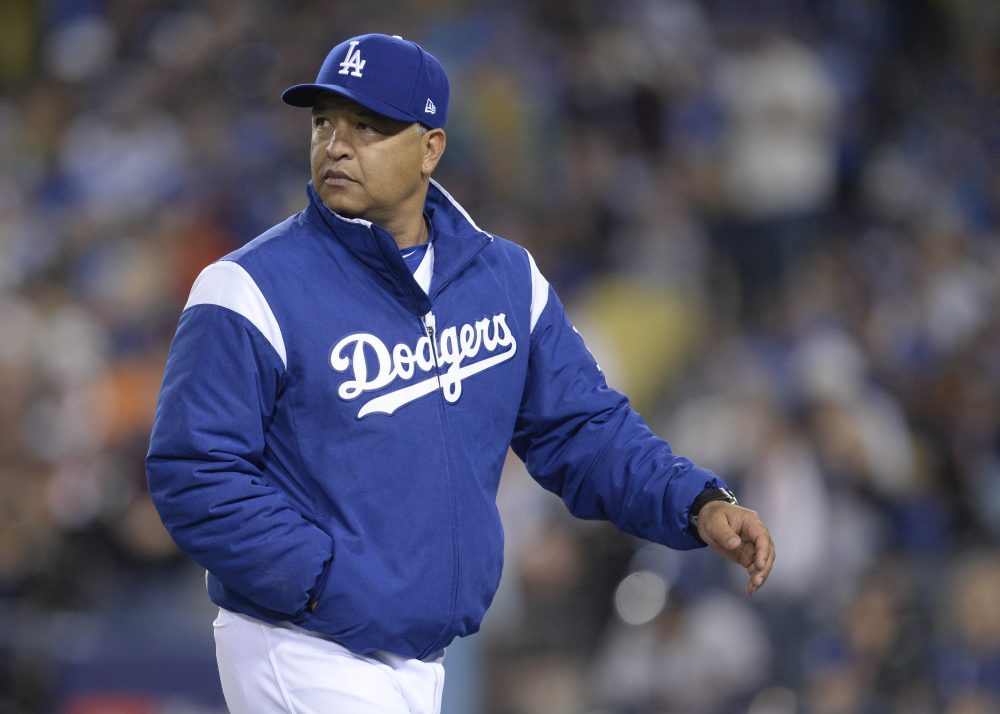 Through six games, this World Series has had quite a few narratives and interesting strategies in play. The most controversial of these has been bullpen usage and, increasingly, the tactical decisions of both managers have been driven by which pitchers are trusted at any given time. The usual duo of elite late-inning relief arms for the Astros, closer Ken Giles and setup man Chris Devenski, never before have pitched this deep in the season. Consequently, both have looked completely gassed for weeks, and are carrying postseason ERAs north of nine. Without his big relief horses performing, Houston manager A.J. Hinch has been left guessing whom to use at any given time. However, Game 6 gave him a rare advantage: Justin Verlander, pitching the best baseball of his career, likely to pitch fairly deep into the game.

The Dodgers bullpen, believed to be their key advantage a week ago, was also blown out by the end of Game 5. In L.A.’s case, this was less due to overall ineffectiveness of key relievers and more of a tactical risk by manager Dave Roberts to lean heavily on them, particularly in blowing out the pen to try and win Game 3 after Yu Darvish failed to make it out of the second inning. Unfortunately for the Dodgers, almost everyone out of the pen was ineffective in Game 5, and his most versatile and trusted non-closing relief option, Brandon Morrow, completely imploded trying to pitch a third day in a row for the first time in his career. All Roberts had to go on was trust that his relievers could get back to normal after a day of rest.

Roberts, just as he had all series, all playoffs, and even all season, showed little trust in Rich Hill’s ability to navigate the lineup for a third time, despite a comically low pitch count of 58. With George Springer having homered earlier in the game, Roberts made the reasonable decision to go to the pen when the leadoff spot came up. Where things got questionable was when the Dodgers’ skipper called for an intentional walk to load the bases for Alex Bregman and picked Morrow—last seen staggering off the mound in Game 5 with his arm barely attached—to pitch to him. The intentional pass gave Morrow about as much margin for error as your average Nik Wallenda stunt, in one of the single biggest spots of the entire baseball season to date. Hitting on a hard 17 worked—the oft-used right-hander had his 98 mph gas back, Bregman rolled over to short, ending the inning, and Morrow even picked up two more quick outs in the sixth before allowing a single and departing—and yet I’m still not sure whether it was a brilliant stroke of genius in trusting a great reliever or the blind gamble of a lifetime that a day of rest restored a week of overuse. Whatever it was, it worked, and it set the rest of Roberts’ bullpen pieces in order for the rest of the game.

A.J. Hinch had the easy pitching decisions early: put his trusted ace Justin Verlander on the mound and let him go until he could go no more. For five innings, Hinch had no pitching decisions at all as a near-perfect Verlander seemed like he was breezing to a coronation. Warning signs started in the sixth, as Verlander allowed a hard single to Austin Barnes, he plunked Chase Utley, he gave up a double to Chris Taylor, and he barely avoided a would-be game-breaking homer to Corey Seager when the ball instead died on the warning track for a sacrifice fly. He ultimately got out of the inning only giving up those two runs, but that was it for his night. Verlander gave all that he had for the Astros this October. Will he have another inning left for November? We’ll have to wait and see.

Roberts went through his now-familiar string of postseason middle-relief options behind Morrow, deploying Tony Watson against the lefty-heavy bottom of the order and then Kenta Maeda to face Houston’s dangerous string of right-handed stars. They both pitched through some traffic, but ultimately shepherded the lead into the eighth. Roberts has faced some criticism for being too push-button in this World Series, and there’s some validity to concerns about his conservative starting pitching usage, but the platoon structure of the Astros lineup has made his overall bullpen deployment relatively uncomplicated.

Coming into Game 6, it looked like the main tactical question would be to whom Houston would turn behind Verlander if necessary, and the Sword of Damocles fell in the bottom of the seventh. Hinch revealed before the game that scheduled Game 7 starter Lance McCullers might be the next man in after Verlander—and maybe the last man in, reprising his long relief/closing combo role from ALCS Game 7. But the electric McCullers was a bullet that Hinch could only fire once over two games. Without McCullers, the Game 7 pitching situation would be Charlie Morton on three days of rest backed up by Dallas Keuchel on two and, after them, the deluge of untrusted bullpen options that Hinch was trying to avoid. Down by a run, Hinch hedged for Game 7, and instead of bringing in McCullers, he turned the game over to homer-prone Joe Musgrove, suddenly at the top of a decimated bullpen mix thanks to nothing more than a scoreless inning of relief in Game 5. True to form, Joc Pederson, who homered off Musgrove in Game 4, hammered a solo shot to extend the lead.

Dave Roberts suggested before the game that closer Kenley Jansen might only be available for three outs instead of the six he’s often been asked to get in key postseason spots. Jansen has been less than his usually unhittable self recently, and not without reason; he’d already thrown 5 2/3 innings over its first five games. But Jansen might be the best reliever in the league, and at the end of the day he’s the man you’re going to trust for two innings for your season. Jansen cruised through two perfect innings on only 19 pitches, and now Roberts gains a new tactical weapon for Game 7: the bullpen services of Clayton Kershaw, the greatest pitcher on the planet, in one game for all of the marbles.