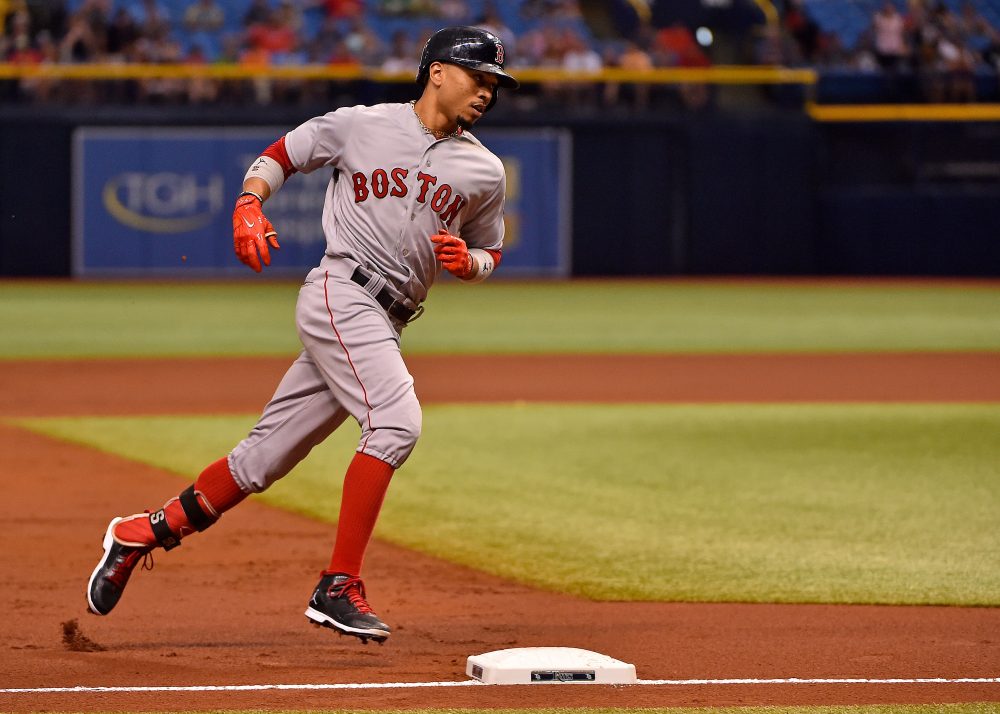 My seventh season in the Tout Wars Mixed Auction league officially began with the nomination of a player who has been a member of my Tout squad in three of the last four years. In those three years, I finished in third place twice and won the title back in 2016. I would have liked to own Jose Altuve again. I love watching him play this game of baseball. I appreciate his consistency. But when I said $48 and Joe Pisapia went to $49, I decided that it was not meant to be. This year would be different. And the more I thought about it, the more I liked the idea of doing something different.

While many of my league mates arrive at the auction table with laptop in hand and projection software installed and ready to go, I bring a folder containing one sheet of player names broken down by position, a few sheets of blank paper and most importantly, two detailed customized cheat sheets, one for hitters and one for pitchers. The majority of my preparation time is spent mapping out an ideal roster that I expect to fit under the $260 auction budget. I assign each roster slot a bid limit with these players in mind and make sure to include several cheaper fallback options along with approximate bid limits. If the bidding on my top target exceeds their dollar value by more than a buck or two, I turn to option B, and repeat the same process for options C, D and E. I then use the savings to aim higher at another position, all the while keeping track of how much over budget or under budget I am relative to my initial phantom team projection. This approach might seem a little too rigid. Shouldn’t you be open to drafting any player if the price is right? Maybe. Pure value-based drafting works for some owners, but the beauty of an auction is that you can really focus on the players you want, the guys you believe in and are looking forward to going into battle with over the next six months. I’m comfortable with my preparation method, and isn’t that what truly matters?

Employing a “Stars and Scrubs” approach in auctions is especially popular these days, particularly in mixed leagues where the waiver wire quality is decent enough. I like to assemble a more balanced roster, though I do make sure to draft at least one truly elite player to serve as a foundation, preferably a hitter who contributes in all five categories. So, when I pulled out of the bidding on Altuve shortly after 9:30 AM ET in the clubhouse of the Staten Island Yankees, I quickly identified Mookie Betts as this year’s foundation piece, and I won him for a fair price of $44. Betts is coming off a very strong yet slightly disappointing 2017 season in which he fell well short of matching his superb 2016 stat line. But he’s still just 25 years of age and fits the five-category profile to a tee. The prices of the first-round caliber players turned out to be higher than expected, but I wasn’t about to let that trend scare me off from joining the spending spree as I knew that my starting second baseman would end up costing at least 30 dollars less than Altuve. I guess my biggest regret is not drafting a second superstar, but the balanced spending plan did allow me to secure most of my top targets at each position, and I’m pleased with my roster, especially the hitting. All of the categories are thoroughly addressed. Perhaps OBP will be my weakest area on the offensive side, though a mid-pack finish is certainly a reasonable expectation.

As for the pitching, the situation is a bit shaky. The key for the starting rotation could be Johnny Cueto, both from a performance and health standpoint. One of my fellow Touts remarked that Cueto could either be a $22 pitcher this year or a $1 pitcher, and he’s right. Well, at least $9 is closer to $1 than $22! I’m fine with Cueto as my SP3. As for relievers, my general strategy with the position is to draft one elite stopper, one mid-range closer with job security and either a third saves source or a high-end setup man who has a good chance of closing at some point during the first half of the season. Part 1 of the plan was accomplished with Osuna. Part 2? Not so much. Herrera might bounce back from an inconsistent 2017 showing, but he was removed from the closer role late last season, and though Mike Minor is now a member of the Rangers, Kansas City does have Brandon Maurer as a potential ninth inning replacement option should Herrera struggle out of the gate. The good news is that Maurer was ineffective for much of last season, so maybe Herrera does have a longer leash than one might initially assume. As for Soria, who knows? The veteran righty pieced together a quality season last year and is the favorite to open 2018 as the White Sox closer, but if Nate Jones is healthy, I can easily see him assuming ninth inning duties sooner rather than later.

Too many outfielders, I know. It would have been wiser to take at least one infielder and one healthy starting pitcher. However, I was able to grab Calhoun, so hopefully a first-half call-up is in store. Fowler adds some speed depth while Jimenez is a worthwhile stash. Since there are unlimited DL spots in Tout, Nelson will not hamper my roster flexibility and hopefully he can provide my staff with a boost in the second half. Robertson might find himself in my active lineup before long as an ERA/WHIP helper and would become a high-end closer if Aroldis Chapman lands on the DL again this season. Pence would likely be my first drop if he gets off to a slow start and I need the roster spot.

Overall, I’m excited about this team, which is a little scary since I often come out of auctions second-guessing myself for not going the extra dollar on one player or paying too much for another. So, it will be a stress-free week until Opening Day, which is good. Let’s save the stress for the season.

Thanks to the Tout Wars LLC members, especially Peter Kreutzer, for organizing and running the event. Four auctions in one day without a hitch is quite a feat.

To view all of the Mixed Auction rosters in addition to the results of the other Tout Wars drafts, click here.