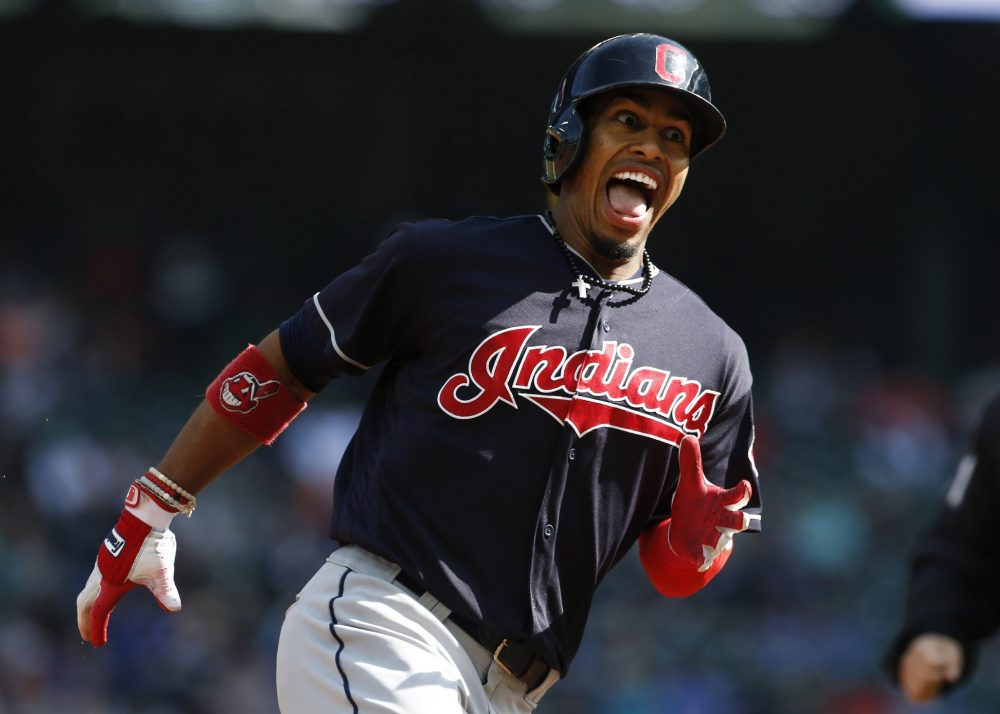 Each fall, a lot of energy is expended to decide whose names should be read when the champagne flutes are lifted. Gnashing of teeth flips to cheery back-slapping. Great things accomplished, past tense, are encased in glass and left behind come spring as the draining, grass-stained battle to be the best starts all over again.

Instead of waiting until the end to survey this natural process, we’re going to chart its trajectory for each position, reporting in regular intervals who forms the season’s best possible lineup in each moment. We’ll watch breakouts turn to breakdowns, stars become super, or Mike Trout go wire-to-wire. Out of the annual chaos, there will sprout revelations, lessons. And at last, there will be order.

In the gut of every baseball fan, there’s an understanding of how this works. That one guy might be amazing for three weeks, a month-and-a-half, but he’ll fall back. It’s about the present season, yes, about when or if Trevor Story objectively gives way to Francisco Lindor on the WARP leaderboard, but it’s also about the more permanent, more subjective real estate on the tip of your tongue. Who’s the best [blank] in baseball?

Earning the trust of the game’s observers, and PECOTA, takes much more than one charmed spin around the sun. Of the 10 players who led their positions in WARP last year (we’re including a designated hitter spot), only four get the preseason nod to do so again. The others aren’t doomed to fail—far from it. Their struggles will draw fewer prying eyes, their successes more praise.

The stars who shine brightest in the plurality of PECOTA’s projected universes receive no accolades, no trophies, not even little shimmering signifiers on their Baseball-Reference pages. Instead, they’re tailed by the risks, challenges, and vulnerabilities that latch on to greatness. These are the players carrying the heaviest expectations into 2019, and the things most likely to drag them down.

Lindor’s worst showings in professional baseball came in Triple-A, in 2014 and 2015, as he waited for a richly deserved call to the show. The numbers weren’t bad, but they didn’t light up, not like the reports said they should, and certainly not like the vivacious player who arrived in Cleveland. A scout told writers the uber-prospect looked like he’d been “marking time” in Triple-A, and the narrative was spoken into being: Lindor was bored at his last stop in the minors.

Maybe it’s a switch that gets flipped with the call. Maybe it’s something about the ballparks, the clubhouses, the cameras. Maybe simply being at the highest level keeps him immune to the lethargy. But it would be difficult to blame him if he felt the same malaise creeping in as the Indians whittle down the roster to bare necessities and signal a general disinterest in extending him. Plus, it’s the AL Central—anyone could forget they’re not in Triple-A.

Coming off all the awards, his second 8-WARP season, and even a bowling championship, Betts is the closest thing we have to a Trout competitor, but he’s not at all guaranteed to exit 2019 as the most valuable right fielder. The largest threat? Yankees behemoth Aaron Judge. The most realistic threat on the WARP leaderboard? Also Aaron Judge.

Every second spent without a bat in his hands is a threat to Martinez, and anyone with an interest in his success is best off taking that to heart. Keep lumber in his grasp at all times. No, no, he’s not menacing the produce stocker, he takes it everywhere.

The definition of “Best First Baseman in Baseball” in action: Matt Carpenter actually had the best WARP at the cold corner in 2018. Then the Cardinals acquired Goldschmidt and Carpenter’s position became “anywhere except first base” with zero discussion. The gap between Goldschmidt and Joey Votto, though, is extremely slim in PECOTA’s eyes—one-tenth of one win, AKA not really a gap at all. If his baserunning prowess and defensive metrics continue to slide, he’ll have to resort to out-hitting Votto, and that’s not an endeavor anyone can undertake with confidence.

“He got himself into a predicament and he couldn’t get himself out of it.” That’s how Terry Francona put it after Ramirez closed 2018 in a two-month slump, his dismal ALDS personifying the Indians’ struggles against the Astros. The predicament, in a way, stemmed from being too good at hitting fastballs. Ramirez clobbered 27 fastballs out of the yard before the calendar flipped to August. To that point, 222 of his 343 balls in play had been fastballs—a 65 percent clip that ranked alongside pitch selection mavens Joey Votto and Ben Zobrist—and he was slugging .741 on them.

As that drew attention, his fastball options became more limited and less appetizing, and he was slow to move away from his bread and butter. Ramirez kept his wits and refused to chase, running a .343 on-base percentage despite the .210 batting average from August 1 on, but he wasn’t himself. His swing rate plummeted to an uncharacteristically passive 35 percent, and for all we know pitchers’ new plan of attack will keep working come April. With Alex Bregman and Nolan Arenado breathing down his neck, Ramirez will have to extricate himself from this predicament quickly.

Of all people who could be overtaken by prodigies …

… Upton is perhaps most likely to appreciate the feeling of fulfilling promise conjured by the public imagination.

If your knees have ever popped loudly enough to scare your dog, you’ve been dragged asunder by the same forces that will claim Posey’s otherworldly run of dominance. The long-elite defensive numbers started to rust last year in his age-31 season, and a certain up-and-comer (currently in transit from Miami to Philadelphia) took an offensive leap forward on his springer, more fluid joints.

Projection systems, understandably hazy on catchers given their human creators, are none too quick to count out Posey-like stars whose skills have never been fickle. Maybe that’s a long view we could all stand to live in for a moment. Or maybe PECOTA just can’t totally understand catchers—after all, it doesn’t even have knees.

Altuve stands alone in PECOTA’s book, his closest competitors too wild-eyed at the plate, or too young, or too reliant on defensive value. No one matches his track record of on-base ability, pop, and fielding competence. Much of this, alas, could have been said about Robinson Cano a few years back—right up until one 5-foot-6 sparkplug of a player took his game beyond what anyone thought feasible.

You need to be logged in to comment. Login or Subscribe
DAVID
Justin Upton? You must be kidding. Worst defense player on planet
Reply to DAVID
Brian Kopec
One of these things is not like the others. One of these things just doesn't belong.
Reply to Brian