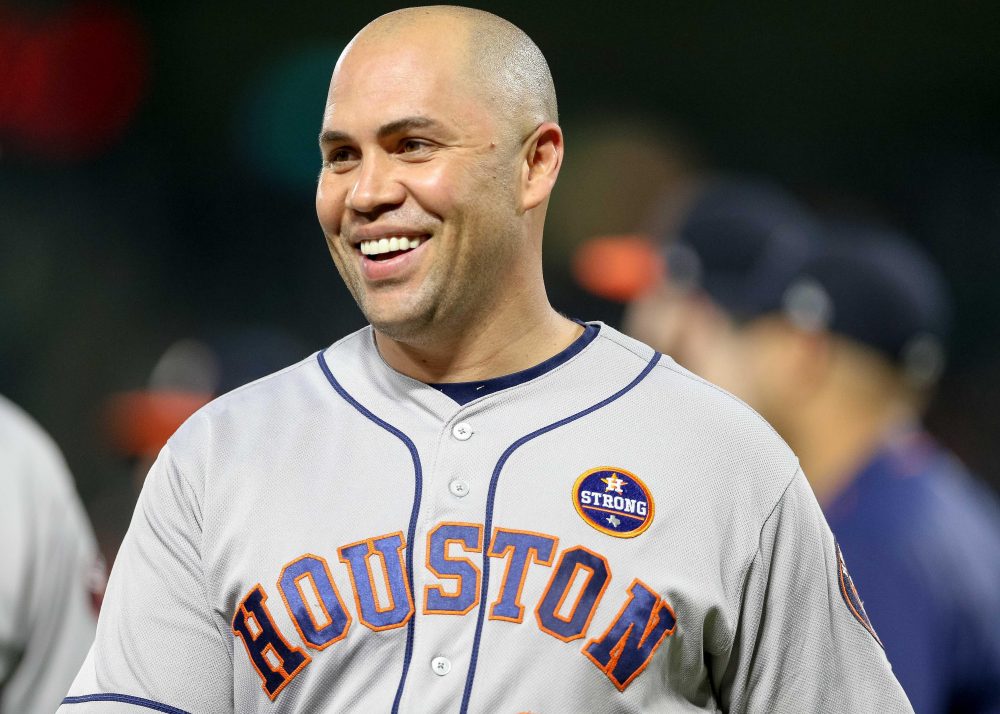 They said he didn’t try hard enough. They called him a bad teammate. They called him an underachiever. They even questioned his moral compass. The owner of the New York Mets, the team for whom he played his very best baseball, the team which probably should be displayed on his Hall of Fame plaque cap, called himself a schmuck for signing Carlos Beltran.

If you tuned into baseball in the last five or six years, the Beltran you know is an itinerant corner bat and DH, a consistent force in the middle of lineups often lauded for veteran leadership, reviving baseball in Puerto Rico, and playing the game the right way. He’s the very model of an older star player. This is the Carlos Beltran who won the Roberto Clemente Award in 2013, one of baseball’s highest honors, presented to the player who “best represents the game of baseball through sportsmanship, community involvement and positive contributions, both on and off the field.” This is the gregarious leader who has mentored countless players from his native Puerto Rico and beyond, who spent millions of his dollars of his own money to build the Carlos Beltran Baseball Academy as a prep school for underprivileged Puerto Rican kids who want to play baseball. This is the Carlos Beltran who kicked off a Hurricane Maria fundraising drive by donating another million out of his own bank account. This is the Carlos Beltran known for intense preparation and video study, the guy that can pick up tells on the baseball field like Daniel Negreanu can at a poker table.

If your memory spans back another decade, you remember the first career of Carlos Beltran, where he was one of the best players in the game. Except for a lot of really dumb reasons, so many of us couldn’t see it.

Beltran never looked like he was running at full speed in his prime. He was, of course, but he was such a graceful athlete that his all-out effort looked like everyone else’s jog. In most other sports, we’re in awe of those athletes so graceful and fast they look like they’re gliding across the field. In baseball, Beltran got crapped on for not putting on fake hustle. Somehow, it was selfish that he was a phenomenally instinctive baserunner who made fewer outs per capita on the bases than any other prolific basestealer in the game’s history. It was selfish that he played deep in center because he had such great closing speed coming in that he could catch shallow flares regardless. He didn’t always slide when he knew he was out, and he sometimes jogged when it mattered even less. If he would just do a little bit more to show you what he had…

The great tragedy of Beltran through 2010 is how his career arc ended up being sequenced such that it fed into the narratives at the top of this piece. After years of “underachieving” his talent as merely a star for a largely putrid Royals team, he led the Houston Astros in 2004 as one of the greatest deadline acquisitions in baseball history, to the brink of the World Series, only to see Houston suffer devastating losses little of his doing in Games 6 and 7. After that, it took twelve years for the fans to forgive Beltran for the actions of spendthrift owner Drayton McLane, who refused to give Beltran a no-trade clause—a clause he only wanted because of how bad he wanted to stay in Houston!—and then turned around and absurdly blamed him for not wanting to stay in Houston. After Beltran signed a $119 million contract with the Mets to join the ranks of the highest-paid players in the game, he had the only down year of his peak. It wasn’t even a bad year by anyone else’s standards—he still made the All-Star team and put up 4.4 WARP—but it began to be difficult to escape the narrative that Beltran just didn’t have it at the right time.

The greatest irony of them all was that arguably the greatest postseason hitter of modern baseball history—he’d finish his career at .307/.412/.609 over 256 playoff plate appearances—was best known for choking when it counted. All because of a single split-second failure that barely even amounted to a failure: taking one of the best curveballs of the career of Adam Wainwright—he of the 80-grade curveball—to end the season for the 2006 Mets in Game 7 of the National League Championship Series. It didn’t matter that Beltran probably should’ve been the National League MVP that season, nor did it matter that Beltran might’ve been the NLCS MVP in a universe where Yadier Molina doesn’t homer off Aaron Heilman. He didn’t have it when it counted.

More great seasons followed in 2007 and 2008, but the Mets had consecutive September collapses, and you don’t redeem your clutchness in such circumstances no matter how good you are. He was on his way to one of his very best seasons in 2009 when the first of a series of knee injuries happened.

It took the loss of his grace under fire to reveal just how hard Carlos Beltran wanted it. When he finally returned in July 2010 after missing six months following knee surgery that the Mets did not want him to have, Beltran could barely amble down the first-base line, let alone glide down in four seconds flat. What became rapidly clear is that the recurring bad knees that would’ve ended many a career were just the impetus for Beltran to trade in his defense and speed for a second career as a right fielder and designated hitter. After a few last bits of performative absurdity—notably missing an optional team visit to the Walter Reed Army Medical Center because of a previous commitment regarding the building of the Carlos Beltran Baseball Academy and Jeffrey Toobin’s infamous spring 2011 profile of Fred Wilpon—Beltran also left all his bad press behind. Just three years after the Walter Reed nonsense, Beltran won the Clemente, cementing his reputation as one of the game’s great and admired statesmen.

On the field, Beltran was remarkably durable and productive in his new role right up until this past season. From 2011-2016, he averaged 138 ½ games a season, hit functionally identical to his career rates through a depressed level of offense, and made four All-Star teams in six seasons. He finally made the World Series in 2013 with the Cardinals, and played well, but they lost to the Red Sox.

And so it was, in 2017, that the Astros repaid Beltran with the ring that he deserved for carrying the franchise on his broad shoulders in 2004. It was this year that the improbable second career as veteran slugger for hire started careening sideways; he was useless against lefties and barely adequate against righties, and his once-brilliant defense was so gone that his teammates held a mock funeral for his glove in midseason. Given his turbulent relationship over the years with Astros fans, this had the potential to go really far south, but by 2017 Beltran had established himself as such a respected force in the game that even the analytically-minded Astros thought their $16 million investment paid off in ways other than his -1.0 WARP. He had one last big postseason moment early in Houston’s run— his RBI double off Craig Kimbrel in ALDS Game 4 proved the difference—but faded even further into a bench player as time went on. He didn’t do anything at all in the World Series, going 0-for-3 as a pinch-hitter. History will show his final at-bat as an overmatched strikeout against Kenley Jansen to end Game 6, and he didn’t even get into the Game 7 romp. Yet he’s still part of one of the most indelible images of the victory: the man once derided as passionless, crying on the field at his first World Series win, hugging a similarly emotional Evan Gattis.

Thank you, Carlos Beltran. I’d say baseball will be worse for not having you around, but I don’t think history’s done with you quite yet.