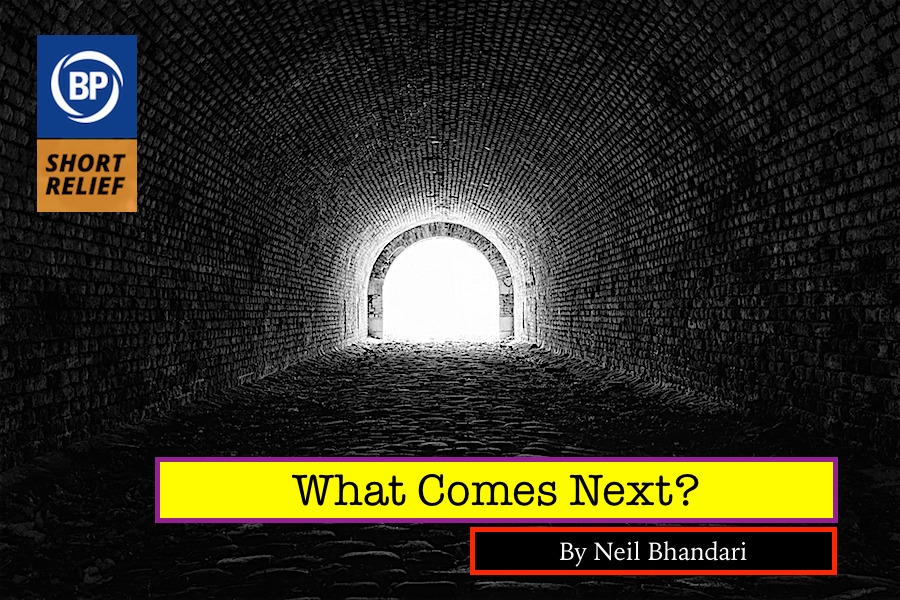 By now you’ve likely heard that Short Relief is ending. Tomorrow is our last day and this is my last column. I wasn’t actively seeking a new gig when this one came about, and to be honest, as soon as I got it, I wondered if I would actually have something worthwhile to say every week. I think about baseball a lot, as we all do, but I had never written about it with any regularity, and the opportunity to do so on the site where some of the game’s best thinkers ply their trade has been a challenge, an honor and a joy. Since late October, I’ve gotten to write about Billie Eilish and biting my nails and being a camp counselor and Pearl Jam and a terrible old college friend and lots of other things, and my only regret is that my brief tenure hasn’t and won’t cover a single regular season game.

All of this is to say that I’m not sure if or when or where I’ll be writing about baseball again, but I’ll still be watching and thinking and hoping. I don’t know that I’d ever call myself an optimist, but I’m forever hopeful. I’m hopeful that in the next decade or three or ten, we get to see baseball embrace its potential to be a thoughtful, useful, inclusive force for good.

I’m hopeful that broadcasts will be made available to watch for free online and on tv.

I’m hopeful that the love that women and non-binary folx and members of various marginalized communties have shown this game will be reciprocated.

I’m hopeful that minor leaguers will be adequately compensated for their time and effort.

I’m hopeful that the unwritten rule book will be burned once and for all.

I’m hopeful that teams, fans and broadcasters will embrace immigrant players and the celebrations that come from an unrestrained love for the game.

I’m hopeful that the conversations around abuse and domestic violence can incorporate the tenets and vocabulary of restorative justice rather than rushing towards the narratives of redemption.

I’m hopeful that the ever-corrupting force of greed that is threatening the game and sucking the joy out of it for so many of us can be halted, or at least limited, before it’s too late.

And I’m hopeful that on some Opening Day in the not-too-distant future, we’ll all finally be free to just stick to sports, because in truth, that’s all any of us ever really wanted to do in the first place. 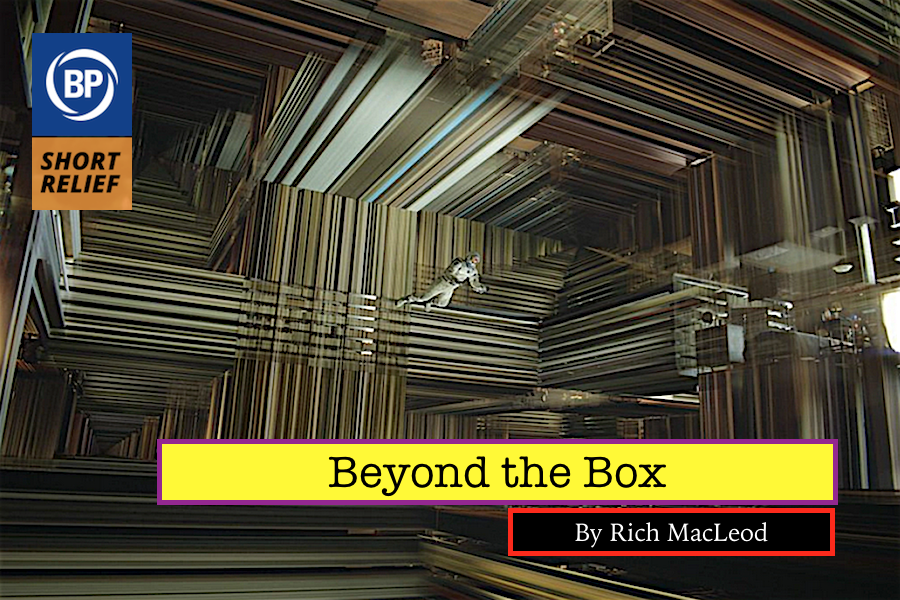 I love baseball. I love writing about baseball. The statistics, the debates, the crack of the bat, adjusting of the gloves, pop of the mitt. But there’s more to it than just that. There are different ways of expressing a feeling or a mood or an opinion about the sport than just the sometimes cut-and-dryness of “standard” baseball writing.

To enhance something in life — anything in life if you ask me — you have to delve deeper. You need to expand your mind and approach things with a different view. Quite honestly, you probably should even get a little weird with it and see where that takes you. In the last couple of years in my career as a creative, I started getting into discussions with the people I’ve worked with about identifying what “the box” is. As in what’s inside-the-box thinking, what is everyone else doing when it comes to this specific task or medium or subject? And once you identify what that is, you venture outside the box, as far as your mind is able to take you, and try something different.

That’s what Short Relief has been to me and the others who have dared to get a little weird with it over the years. Taking something that you love — baseball — and going outside the baseline to talk about it. There are plenty of places where you can read about Mike Trout’s run created and Jacob deGrom’s deserved runs average, and those pieces all provide a specific value and service to the baseball fan.

But that’s not what this space was for.

For the last few years, this has been a realm where different was encouraged. Where weird was the norm and where imagination was a prerequisite. There was no box here–fuck the box. That’s what made it great.

And while Short Relief may be in the process of ending its run, it doesn’t mean that line of thinking will. Certainly not for me, and for anyone who is still reading along with me on this diatribe I hope that maybe you can take something away from this, too. Whether you’re a writer or an educator or work in corporate or customer service or anything, I encourage you to expand beyond. Dip your toe outside of that box you’ve operated inside of all this time, just to test the water, and see how it feels. I don’t think you’ll regret it. 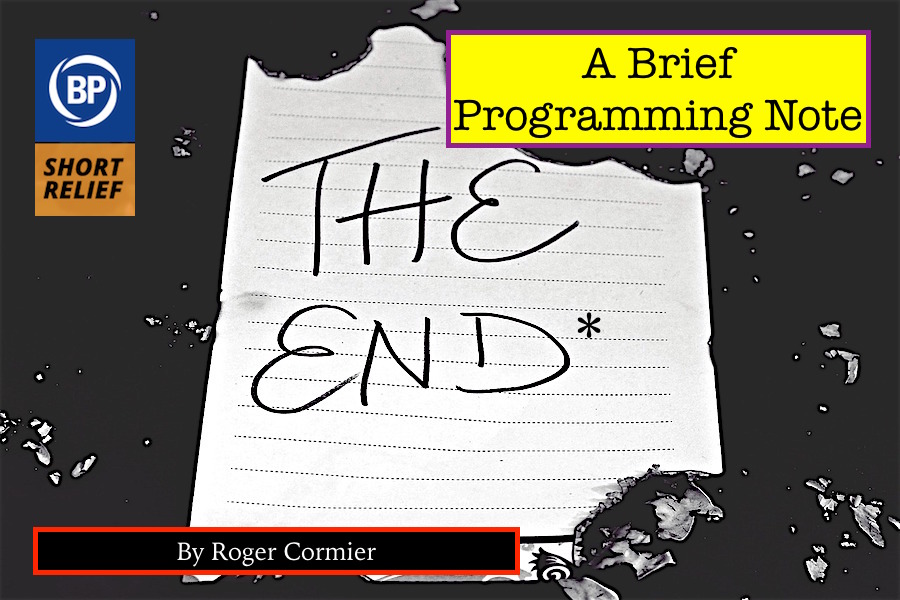 One day Carlos Beltrán decided to humble Pete Alonso. He said to him, “Peter, there is a certain ring that I want you to bring to me. I wish to wear it for spring training, which gives you all winter to find it.”

“Uh, okay,” said Pete. “I will find it and bring it to you, but what makes the ring so special?”

On the morning the trucks were to go off to Florida, Pete decided to take a walk in the tire yards of Flushing. He passed by a glowing Goodyear Assurance All-Season. “Have you by any chance heard of a magic ring that makes the happy wearer forget his joy and the broken-hearted wearer forget his sorrows?” asked Pete.

He watched the tire take a plain gold ring from the ground and engrave something on it. (Pete later realized the tire was probably radioactive and weird to begin with.) When Alonso read the words on the ring, his face broke out in a wide smile.

“Well, my friend,” said Beltrán, “have you found what I sent you after?” To everyone’s surprise, Alonso held up a small gold ring and declared, “Here it is, Papa Bear!” As soon as Beltrán read the inscription, the smile vanished from his face. The tire had written, “This too shall pass.”

And that’s really why Beltrán is no longer the Mets manager. Or not. Maybe it’s an allegory about the transitory, impermanent nature of life. How everything changes. (Pete Alonso has never stepped in the same river twice either, by the way.)

What I’m trying to say is Short Relief is concluding its run tomorrow. The previous two gentleman blew the “surprise.” But they were sort of lying.

Superficially, it feels like little league when basically half your team left for their summer family vacations during the playoffs. But honestly, I truly believe that everything, including Short Relief doesn’t end, it only changes.

Short Relief was a necessary, wondrous place. It was where you read the musings of otherwise very smart, kind, creative individuals trying to come to terms with their passion for a sport steeped in failure and some crappy men. Also puns.

Yes, after tomorrow you won’t see such writings in daily installments of two to three brief pieces, but they’re not going to go away. You just have to work harder to find them, which is lame, but they’re not going away. Baseball is our weather, and we will always have a take on the weather. You’ll see them on Baseball Prospectus’ main site, at other publications, in blogs, in newsletters, in books, on social media. You will hear them told around campfires and beverages for as long as baseball, and writers willing to bleed and think and feel and make a so-bad-it’s-good pun on the page, exist.

How long will they exist?

Because nothing ends. I explained that already. Do you need another allegory?

You need to be logged in to comment. Login or Subscribe
David Kavanagh
I want to thank everyone involved with Short Relief over the past 3 years. Although it was something far removed from what brought me to BP in the first place---the stats and analysis and new metrics---it became my favourite part of the site and the first column I read each time I visited. The writing was wonderful and funny and touching, and it was so wide-ranging and showed how many aspects of life were reflected in this sport we love. I wish the writers all the best in the future and hope to read their musings either here or on other sites. Thank you.
Reply to David
mbc
Thanks for Short Relief. I'll miss it a great deal.
Reply to mbc