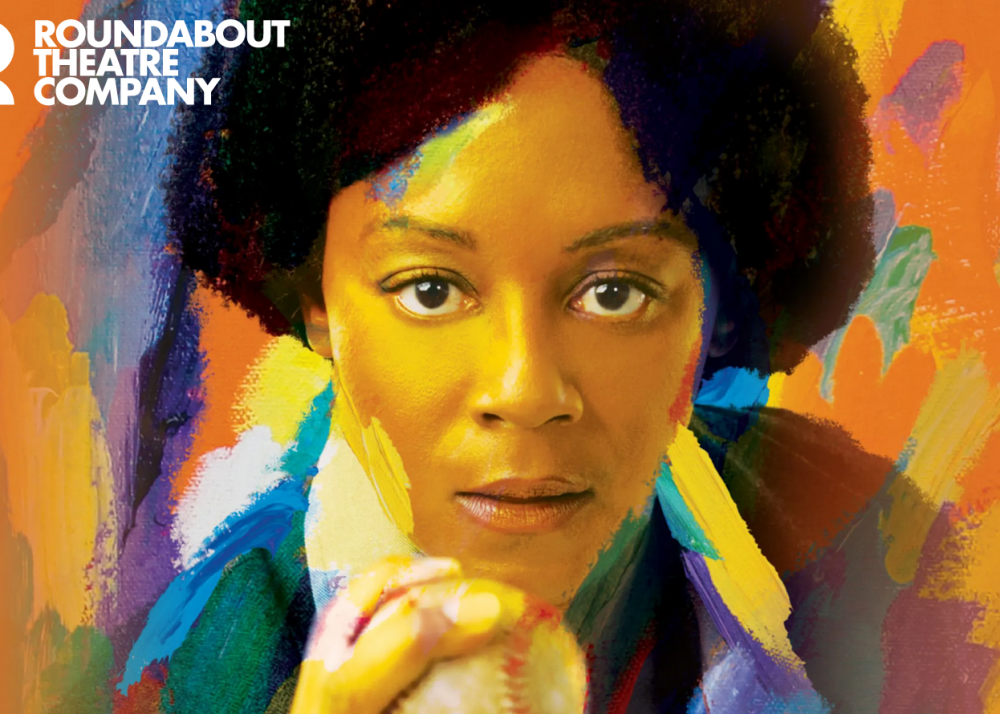 For those familiar with Toni Stone’s story, the eponymous play about her now playing at Roundabout Theatre Company in New York is a stirring portrayal of a woman whose life, inside and outside of baseball, was anything but easy. For those who have never heard of her, who may not know much about the Negro Leagues or barnstorming ballplayers, let alone a Black woman barnstormer in the 1950s, “Toni Stone” is a crash course in the harsh realities of having your dreams almost come true.

The play, by award-winning playwright Lydia Diamond, is based on historian Martha Ackmann’s 2010 biography Curveball: The Remarkable Story of Toni Stone, The First Woman to Play Professional Baseball in the Negro League. Though the biography reads well, it is, ultimately, a work of scholarly nonfiction. Diamond’s major challenge, and the challenge of the entire creative team, lies in translating that nonfiction into a dramatic piece that speaks to audience members with varying levels of knowledge of baseball, history, and racial and gender dynamics.

The play focuses on Toni Stone’s years playing for the Indianapolis Clowns. Diamond’s script uses Stone as her own narrator throughout the play, beginning with a poetic, choreographed introduction to the game of baseball. Some of the play’s most beautiful lyrical moments come right at the beginning, as Stone describes how she feels when she’s playing: the way the ball fits in her hand, the way it feels reaching for a catch, the rhythm of hitting and fielding.

As part of the opening sequence, Stone introduces her eight teammates on the Clowns, all Black men. The same eight actors also play everyone else in Stone’s life, regardless of race, gender or age. This includes flashbacks of her mother, her childhood priest, and various coaches and team owners Stone has convinced to give her a chance to play. We learn that she is gifted at second base as well as at in-game strategy and statistics, but also awkward, painfully literal, and a social misfit.

April Matthis, stellar in the title role, inhabits Stone’s distinctive personality without reservation, including her athleticism. Matthis reportedly spends her Mondays in the batting cages. She and the other cast members also took hitting lessons, and the production used a choreographer, Camille A. Brown, to create artistic representations of baseball sequences. These sequences also include the acrobatics and clowning for which the Indianapolis Clowns were known.

Early in the first act, the clowning is lighthearted, just a part of what they do to entertain the crowd. But as the play deepens in its portrayal of the racist violence that the team suffers as they barnstorm from town to town, the clowning sequences become darker and more frenetic until they reach the grotesque, a visceral representation of the way the players are forced to twist their own abilities as Black ballplayers into a version of baseball that white onlookers will pay to consume.

Off the diamond, we see Stone exploring her relationship with Alberga, the man she will eventually marry, as well as discussing her feelings and misgivings about him with her friend Millie. Millie is a composite character representing multiple real friends in Stone’s life — sex workers whom she befriended on the road when she needed a place to stay, particularly in parts of the country where it was hard for even the men to find accommodations as a Black team. Actor Kenn E. Head plays Millie with loveliness, grace, and excellent humor.

The playwright, Diamond, explained at a staged reading and talk-back at Radcliffe College in 2017 that she wanted the entire company other than the actress playing Stone to be male, in order to show how isolated and alone Stone was as the sole woman in her environment. Head takes on the challenge of Millie’s character with respect and without a hint of caricature. However, regardless of the quality of his performance or the artistic reason behind it, it is ironic that a play about a Black woman fighting for opportunities in her field chooses to use men in women’s roles, rather than provide opportunities — sadly few and far between in professional theater — for additional Black actresses.

Stone eventually marries Alberga, which brings her some personal satisfaction but also interferes with her baseball career. The second act delves into this conflict and how it impacts her relationships with her teammates. Though the actors’ performances never waver, the second act does drag. The narrative monologues feel less necessary now that we know the characters, and the script has a tendency to tell rather than show.

However, the second act contains one of the most chilling scenes in the play, a conversation on the team bus that hammers home just how vulnerable Stone is to sexual violence. That is the great strength of this play: it looks audience members in the eye and unflinchingly shows them the depths of the racism and sexism Stone had to deal with.

It’s not easy to watch, and the frank discussions of sex and violence make “Toni Stone” decidedly not family friendly. But this is an important play, both for the baseball community and for the world at large. Thankfully, it’s already receiving enough attention that there are planned productions forthcoming in both Washington, D.C. (Arena Stage) and San Francisco (American Conservatory Theater).

Major League Baseball is already helping support the play’s success — the MLB Youth Development Foundation is the lead sponsor on the New York production. But the baseball community as a whole should take this opportunity to give Toni Stone what she so deserved, but never truly received, in her career: recognition.

You need to be logged in to comment. Login or Subscribe
Adam Halpin
It's a joy to read a well-written, thoughtful theatre review on a baseball site.
Reply to Adam