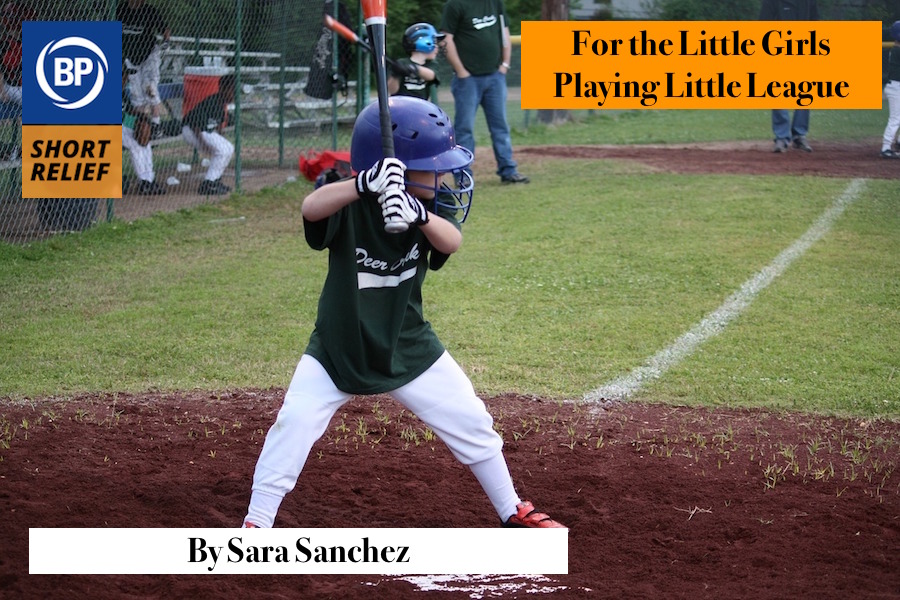 I was seven years old sitting rapt and cross-legged in front of a TV so old you needed to stand up and turn the dial every time you wanted to change the channel. There was zero chance anyone in my family was going to change the station that day, though. We were watching my cousin play in the Little League World Series, and even though they were getting annihilated by the team from Tainan Park, Taiwan, none of us had any plans to go anywhere.

Basically, nothing interrupted baseball in my family. My brother and I played Wiffle ball in that same living room with my dad, at least until my mom had made us move the game outside when I was about five. Then there was tee ball, where we had to be reminded to run to first after hitting the ball. But the holy grail was the Little League team, where I watched every older child in the neighborhood play baseball for a team known as Master Muffler.

So when I was nine years old and they asked my third grade class who was interested in taking home a Little League sign-up form I didn’t even hesitate. I was going to play Little League baseball. It was a dream that lasted about four hours, until my parents informed me that girls didn’t play Little League.

To their credit, they nurtured my love of the game in every other possible way. My dad started coaching the team that same year, so I still got to attend the practices for the team that had since been upgraded to Supreme Muffler. My brother began playing the next year and I was responsible for operating the hand scoreboard in left field. As I got older my mom taught me how to keep the scorebook for the team, a skill I still use every time I watch a baseball game at any level. When I realized that the local paper wasn’t covering my brother’s All Star team because they were short-staffed my mom called an editor to ask if they’d let me submit my stories about the team. Seeing my first byline in the local Sun Advocate at 13-years old was just about the most exciting thing that had ever happened to me in Price, Utah.

And it clearly worked out okay as I’m currently writing this for Baseball Prospectus, which would have absolutely blown 13-year old me’s mind.

Yet somehow I’m still always unprepared for the lump in my throat that shows up every time I read a story like Maria Pepe’s, who took matters into her own hands when she was 12-years old in Hoboken, NJ and told she couldn’t play ball. Her lawsuit against Little League baseball in 1972 set the stage for little girls like me to grab the sign-up sheet in the first place. Or the similar wave of emotion I felt watching Mo’ne Davis notch the first win by a girl when she pitched a shutout at the Little League World Series in 2014. That win also landed her on the cover of Sports Illustrated for millions of other little girls who might want to sign-up to see.

It’s the same smile tinged with tears that I have on my face as I write this, and I know it will be back in a little over a week when I’m sitting cross-legged on my couch to tune in to the 2019 Little League World Series to watch Charlotte and Rachel, who will represent Western Australia and Mexico in this year’s tournament, starting next Thursday, August 15th. 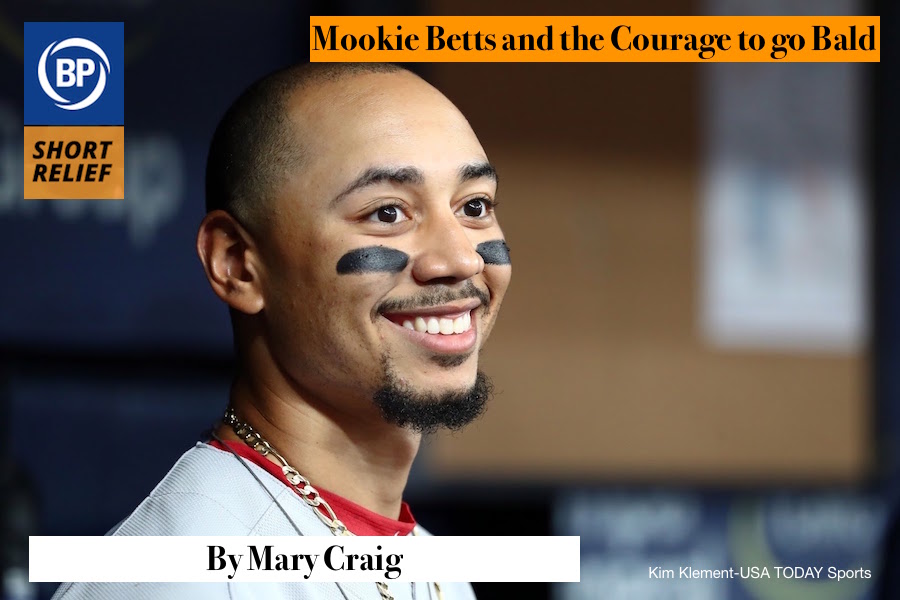 To many, it might seem like Mookie Betts is having a bit of a disappointing season, particularly coming off an MVP season. He hasn’t looked right at the plate for much of the year, swinging and missing at pitches that he previously would have driven into the gap for a double. Many will say that his struggles are made more disappointing by the sorry state of the Red Sox this year, that they are yet another reason to skip more games than usual. But everybody who says this is a disappointing season for Mookie could not be more wrong.

In fact, this season Mookie did something few players, particularly young players, have been able to do: he embraced his baldness and shaved his head. 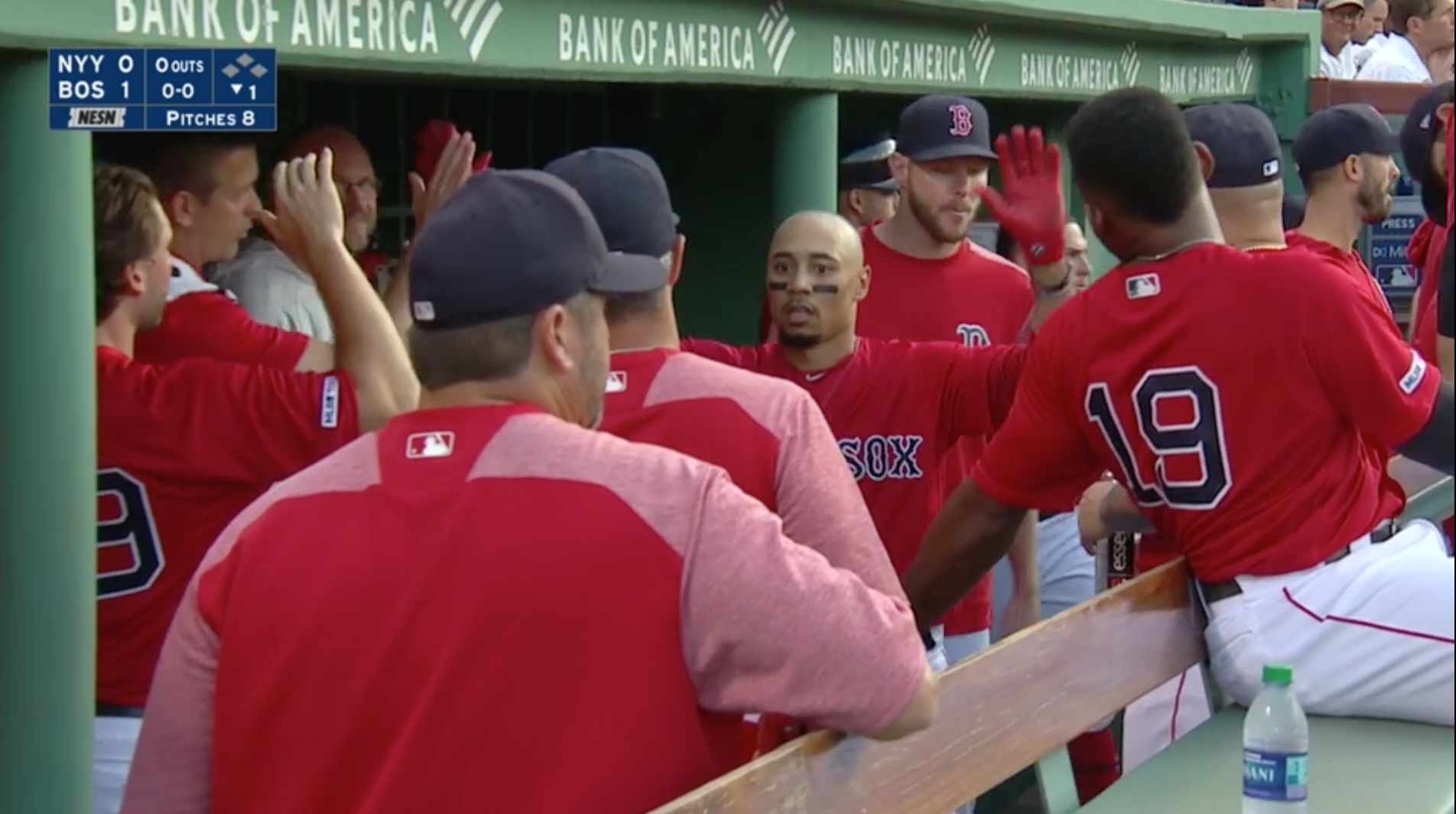 Far too many balding people cling to the remaining strands on their head as though clinging to a rope over a canyon. They know that no matter how strategically they place their combover, it will never draw anything but looks of pity from passersby who will never find themselves in such a devastating situation. And yet they cannot bring themselves to go fully bald.

For the past few years, that was Mookie Betts. He sported an ever-growing bald spot coupled with a receding hairline, strategically hidden under his baseball hat. Glimpses of the atrocity were thus rare but no less startling, and when paired with his youthful and vibrant visage, nothing short of a reminder of our own mortality. We could slather ourselves in every single anti-aging potion ever created, but we, too, are destined to recede.

When Mookie finally accepted his situation and debuted his freshly shaved head at the beginning of last month, it was welcomed with a sigh of relief. As sad as it is to see a balding 26-year-old, it is equally heartening to see somebody stop clinging to what was, to stop dreaming of the past, and instead embrace the present while orienting toward the future.

To succeed where so many others have not is no easy feat. To give courage to those who falter is no ordinary action. To guide the way for lost souls is no failure. No matter how Mookie performs on the field, his 2019 season is not and will not be a disappointment. 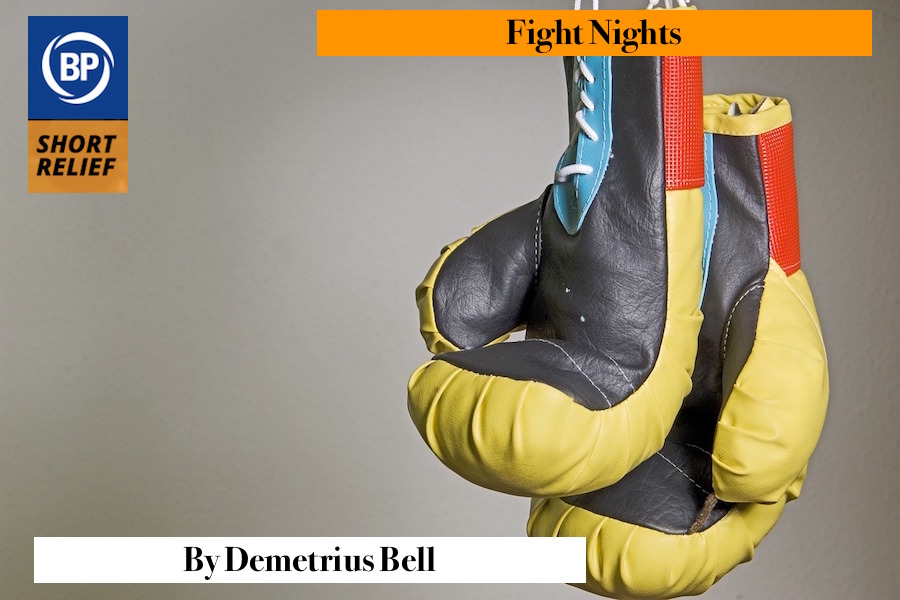 Depending on who you ask, Amir Garrett was either incredibly brave or incredibly dumb when he made his decision to charge the Pirates dugout on his own. Being 6’6” and teeming with rage at the moment sure helps, but it was still one of the most incredible scenes that I’ve seen when it comes to baseball brawls. It also led me to wonder for a second if that was the only time where a player tried to take on another team one-on-one. I literally mean “a second” in that last sentence, because Armando Benítez’s name immediately came to mind.

Benítez was a solid reliever, and he was in the prime of his solid career when he was relieving for the Baltimore Orioles. He was also throwing some high heat towards the New York Yankees on May 19, 1998. All the box score will tell you is that Benítez hit Tino Martinez with a pitch and was replaced by Bobby Muñoz immediately afterwards. What it won’t tell you is that Benítez’s frustration ended up kicking off one of the biggest brawls in baseball history.

What makes this somewhat similar to the kerfuffle we saw last week between the Reds and Pirates is that it involved one man incurring the wrath of an entire team. In Garrett’s case, he welcomed it. In Benítez’s fight, the entire Yankees team managed to isolate him from his friends in orange and tried to maim him. As Benitez was backing away towards the precarious dugout steps, it seemed as if there was a wave of pinstripes all trying to punish him dearly for throwing at Tino Martinez.

The man who came at him with the most animosity was Darryl Strawberry. While Benítez was retreating and swinging at the edge of the dugout, Strawberry came up from Benítez’s blindspot and tried to hit him with what would have been the sucker punch heard ‘round the world. Instead it was a glancing blow, and this fight became known for just being a massive brawl instead of something that could have been awful.

Armando Benítez incurring the wrath of the entire New York Yankees roster was the first thing I thought of when I saw Amir Garrett try to fight everybody wearing black-and-yellow. The only reason why I remember this is because one of my hobbies during the offseason is to watch random baseball clips from back in the day, and MLB decided to help me out by creating a whole entire playlist on YouTube of old and new baseball fights. So while everybody involved in these fights probably took some unintended time off and paid a hefty fine, Armando Benítez and Amir Garrett will be forever linked, thanks to the power of the internet and an ongoing playlist.