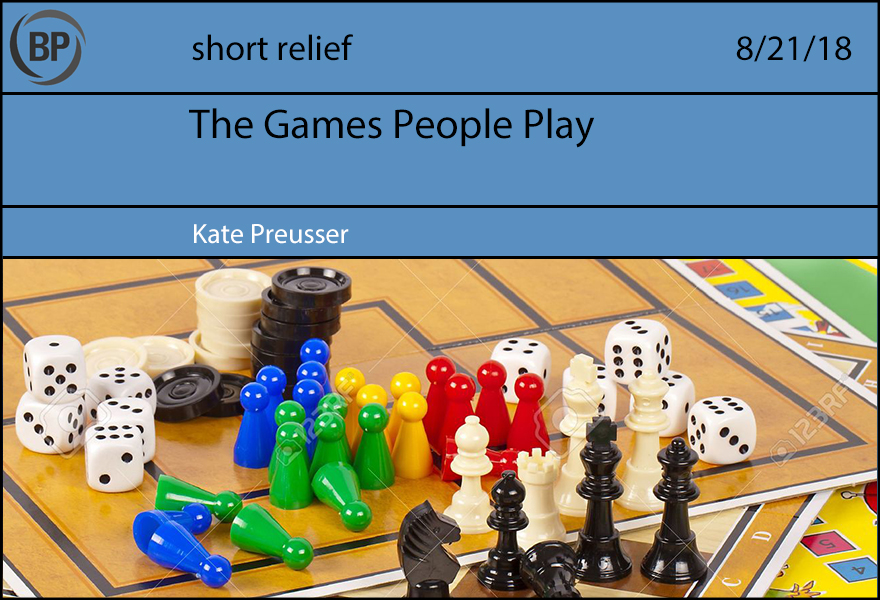 Go to a game, and it’s not uncommon to see an MLB player having a catch with some lucky young fan in the stands: Aaron Judge and Mike Trout have both been photographed doing it, in the tradition of Nick Swisher and David Wright before them. It’s a charming piece of baseball arcana, another reminder that baseball is a little bit different than any of the other major sports (The NFL can’t make its mind up about what a catch is, but they know they don’t want players playing catch with fans in the stands). This weekend, Mallex Smith took fan engagement to a whole new level when he played Rock, Paper, Scissors with a fan at Yankee Stadium before the Rays-Yankees game.

While this is certainly adorable, much like Mallex Smith himself, it is not the first time an MLB player has ventured outside of a simple game of catch. Witness these great moments in layered-gaming history:

May 17, 1996: Johnny Damon loses a game of Connect Four to eight-year-old Alex Gonzalez. It is later revealed Damon believed the colored discs to be Necco wafers and ingested the game pieces rather than playing them. Fortunately for Damon’s intestines, they were not.

July 18, 2017: Alex Bregman plays a game of Sorry! pregame with La Porte third-grader Alison Booth. Alex Bregman gets all of his four red pawns back to home before Alison has even one, as he keeps sending her pawns back again and again. Alex Bregman is not sorry.

The entire 2008 season: Chris Young optimistically brings a copy of Dominion with him to Petco Park every day. He can never find anyone to play with him.

March 16, 2010: During a particularly drawn-out Spring Training game, Joey Votto plays an entire game of chess at Goodyear Stadium with 84-year-old Martin Hemmperfumpf of Scottsdale. Votto defeats Hemmperfumpf, a former high school physics teacher and faculty advisor of the Chess Club, by the top of the 7th inning. Inspired by his victory, Votto goes on to an MVP season.

May 14, 2012: A.J. Pierzynski agrees to play Aggravation with a young fan, but instead takes all the marbles and spends the rest of the game trying to shoot them up Kevin Youkilis’s nose.

August 20, 2018: Not technically a game, but Salvador Perez is an expert maker of cootie catchers. Bonus: can be used to call pitches during Royals-Orioles games.

June 12, 2010: Sixteen games under .500 and trying to turn the season around, the Seattle Mariners play a pregame round of “Duck Duck Goose” as a team. On his turn, Mike Sweeney gets up and starts running in wider and wider circles until he eventually runs right out of the ballpark. Some say he’s still running. 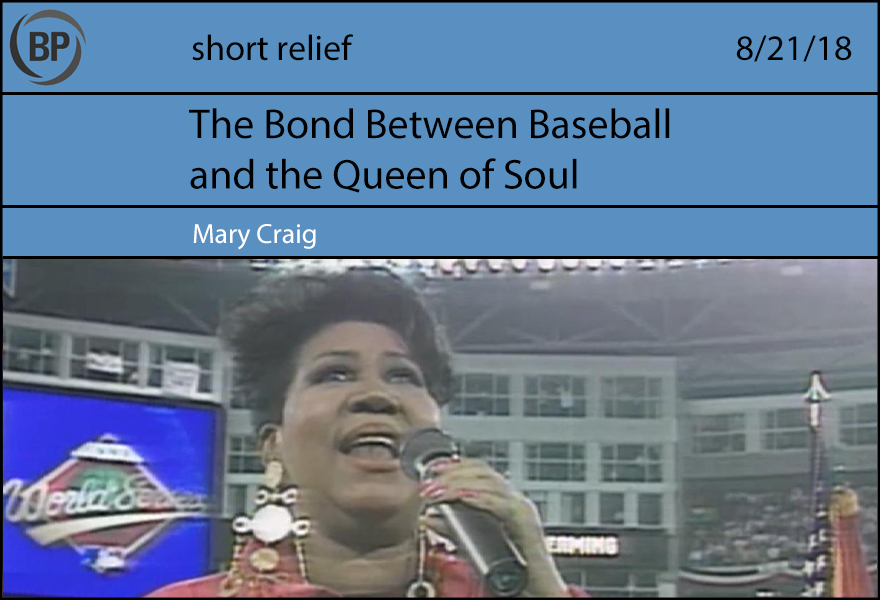 She was young in many ways and old in others when she took the stage at Wrigley Field as a 21-year-old in 1963, four years before “R-E-S-P-E-C-T” would propel her to international superstardom. It had been a little more than two weeks since a bomb was detonated outside Martin Luther King Jr.’s Birmingham hotel, igniting race riots throughout the country.

Leaders within the Black community quickly rallied in order to raise money for the Southern Christian Leadership Conference to use toward legal fees for imprisoned Black Birmingham residents. In Chicago, this effort was spearheaded by soul singers Mahalia Jackson and Dinah Washington, who organized a rally at Wrigley Field for MLK, Jr. on May 27th. Included in the entertainment for this rally was Aretha Franklin.

Until this point, Aretha was a largely unknown figure whose debut album had received critical acclaim but limited play in America. However, when she took the Wrigley stage, she commanded the attention of the crowd and MLK Jr. himself. From there, her popularity as a singer grew as she became increasingly involved in the Civil Rights movement, often appearing alongside MLK, Jr. at his rallies across the country.

Likewise, she became a more prominent figure in baseball, performing the “Star-Spangled Banner” prior to several playoff games and more frequently in front of her hometown crowd in Detroit. She further endeared herself to baseball fans in the ‘90s when she appeared in an MLB Tigers promo, singing a rendition of “Take Me Out to the Ballgame” only she could achieve.

In between her first appearance at Wrigley Field in 1963 and her final at Comerica park in 2011, Aretha Franklin extended her mark on baseball beyond the power of her voice. She befriended many of the game’s most prominent African-American players, from Jackie Robinson to Willie Mays, offering them support and advice as well as much-needed relief from the hardship of being a black person in Major League Baseball.

For these efforts and so much more, MLB awarded Aretha Franklin the 2013 Beacon Award, presented to celebrities who demonstrate a dedication to contributing positively to society. Her poor health at the time prevented her from being able to accept the award in person, just as it will now prevent her from seeing the dawn of the society for which she fought. But her music and her impact on baseball suffer no such ills. 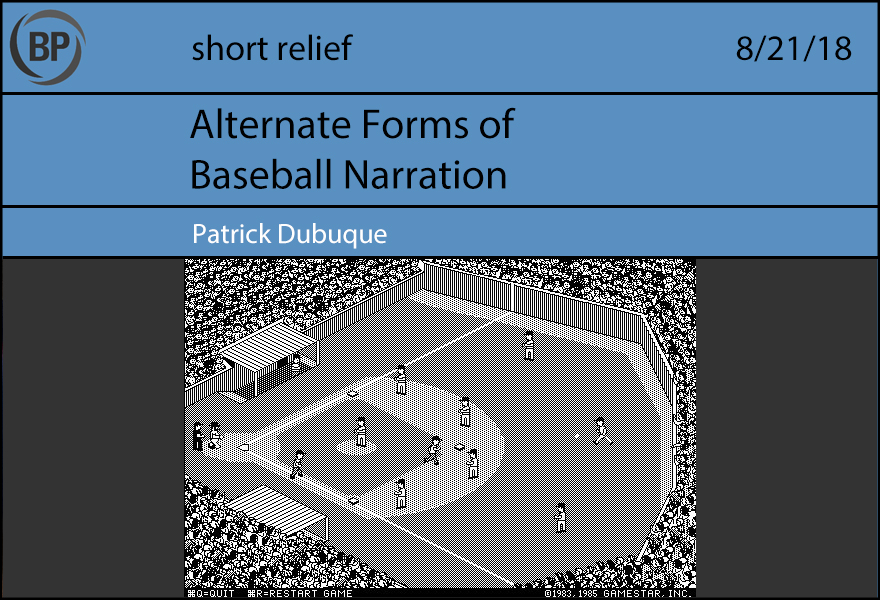 Look, broadcasters do fine. If you fail to find yourself a first-hand witness of a baseball game, you could do far worse than listening to a broadcast, especially if you’re interested in receiving a description of the events, sprinkled with varying levels of analysis, over a more-or-less chronologically consistent timeline. It’s a dry way to tell a story, sure, but if the story is interesting enough, as I hear good baseball teams are, it’s enough to get by. People still read Hemingway.

It’s not the only way it has to be, however, and as we careen toward September there are going to be a lot of baseball games that would benefit, shall we say, from some stylistic interpretations of the transmission or account of the events therein. For these situations, perhaps it’s time to turn to other forms of media, in this case the narrative styles of different video games, for alternative methods of calling the game.

Unreliable Narrator (Bioshock): The oldest trick in the book, but a damn good one. Instead of one game recap, you get four, each told from a different perspective with different truths and a different set of priorities. Your job is to piece together the actual events from the game, and beyond that, the underlying message of why this, of all games, means something with regards to the human condition. Also, the Trackman data seems a little off and the radar guns are all hot.

Role-Playing (Dragon Quest, NBA2K Story Mode): In this format the camera, rather than taking the wide view of the field and focusing on the actions of the players actively impacting its outcome, trains itself on a single player, regardless of whether they’re involved in each particular play or not. This story focuses less on action and more on the preparation for action, the third baseman crouching, the left fielder taking three quick steps on the line drive to center. Yes, this adds elements of informal dugout interviews and mic’d-up players, but it goes past that — it withholds baseball from us, like the dying art of slow cinema, forces us to wait to be.

Immersive Simulation (Shenmue): The broadcast doesn’t begin with the game. Instead, it begins at dawn, takes us flitting through the streets of the city like Linklater’s Slacker, never settling, never moralizing. During the game the camera gets untethered from its usual center field junction and instead hops throughout the crowd, always focused on the field, the view of the fan. The broadcasters’ audio is replaced by the snippets of drunken, ignorant, stilted conversations of fans, random unwarranted personal anecdotes and uncomfortable silences. Instead of telling you what happened at the game, this direction would best approximate what it was like to be there: not to see the game, but to catch it.

Atmospheric Storytelling (Dark Souls): There are no announcers, no ballplayers, no ballgame. You, an invisible being behind the camera’s lens, are alone. The stadium is abandoned, the field overgrown, the machinery rusting and broken. Feral dogs, the only fans remaining, howl at the public address system. Obviously, something terrible has happened here, and the mystery unravels as you explore the concourses, picking up little slivers of the ends of short stories, a pair of skeletons in bleacher seats with their fingers still intertwined. But also, you can use these hints to figure out who was up in the seventh when the game was, unofficially, called early.

You need to be logged in to comment. Login or Subscribe
Wyomissing
Thank you so much for the article on Aretha. I looked up her video with the early 90's Tigers (Take Me Out to the Ballgame) and the one from the 1993 WS (Star Spangled Banner) in Toronto. I needed a couple more smiles this week when remembering the Queen of Soul. Rest in Peace, Aretha Franklin!
Reply to Wyomissing