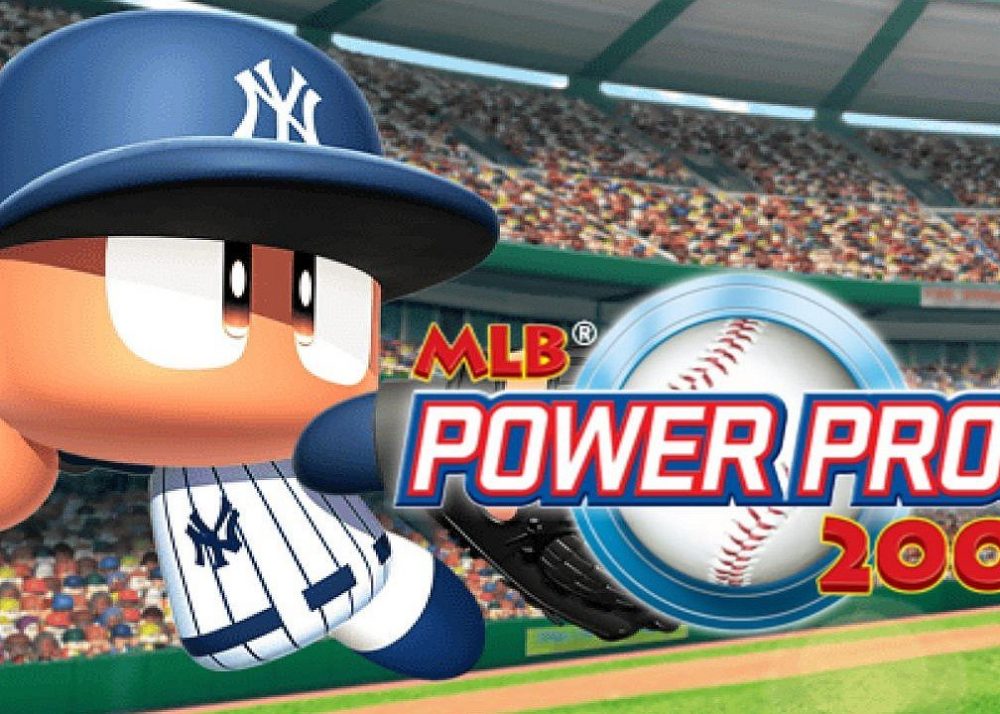 Why MLB Power Pros 2008?: The first thing you will notice about MLB Power Pros 2008 are the character designs. They’re not only chibi-style characters with no mouths, but they’ve got a whole Rayman thing going on, too, where they are bodies without legs, their feet held in some kind of gravitational capture and fully functional despite not being attached to the body they belong to. You might think this cartoonish style means this game is for kids, or not serious, but you would be wrong on both accounts. MLB Power Pros 2008 has myriad game modes, and deep, addicting, arcade-style baseball gameplay. It might, stylistically, seem like it is the exact opposite of something like MLB: The Show and its extreme realism, but Power Pros actually has even more career-based modes to choose from than The Show’s singular, famed Road To The Show mode, and more besides. Not to mention: its take on minor-league life is even more realistic than The Show’s, despite the fact it includes things like alien prophets and ninja training on top of the stuff you’d expect.

Skipping out on Power Pros because of how it looks is the baseball game equivalent of missing out on one of the all-time greats, The Legend of Zelda: The Wind Waker, due to its cel-shaded, cartoony style. It is entirely your loss if that’s the path you chose.

How Does It Play?: It’s an arcade-style experience, so you don’t need to make a claw with your hand in order to throw a different kind of pitch, and hitting is very much down to timing, location, and sweet spot. More advanced than the mechanics behind an SNES-era baseball game, sure, but not nearly as difficult to pick up or master as intense, realistic sims of the sport.

There are nuances to pick up on, of course, but if you’ve played this style of baseball game before, it won’t take you long to notice and adjust for those. The player motivation part is definitely something to acclimate to, however: if a player isn’t feeling it, it’ll show up on their little face emoji thing next to their name. They aren’t going to perform at their best if their motivation is low, so make your roster and lineup moves with that sort of thing in mind. Maybe your best bench guy is really feeling it that day, and one of your starters just needs a day to recuperate mentally.

What This Game Does Better Than The Rest: Modes. So many modes. It has something for everyone, basically. The standard stuff like an Exhibition, of course, as well as the ability to rearrange all of the players in the game in order to create some fantasy teams to mess around with. But the real meat of the experience is in the modes that stand out for how MLB Power Pros 2008 approaches them.

The Season mode lets you become the general manager of an existing team or an expansion club, and you can customize basically every detail about it, from the roster to the division to the uniforms and logos to team name, before even having a single day pass. You get 10 years to take the team to the top, and you do so with a storyline to follow. You can play the games, or sim through them, which is standard stuff for a mode like this. But the adventure/visual novel-style stuff in between games and decisions and seasons separates it from the rest of the pack, as does the ability to teach your players new skills and improve existing ones during spring training. This can be a very deep, hands-on experience if you want it to be, and one that’ll make you laugh, too.

MLB Life is Power Pros’ answer to Road to the Show, and the separator here is that you have free time and vitality to manage in addition to playing as your player during their moments in the spotlight during games. You spend your time honing your skills, or resting, or playing golf, and you can spend your time speaking with other players, scouts, agents, and, of course, ladies. I told you this is more realistic than Road to the Show.

You get 20 years tops in this mode to either have a whole career for a created player or select an existing one to control, and you’ll eventually have your retirement ceremony. While this is a highlight, if forced to choose one mode that makes Power Pros 2008 worth your time, it’s the Success mode.

This takes the free time aspects of MLB Life and ratchets it all up a notch, as you also have to manage your meager minor-league salary as you attempt to make it from the reserves to the bench to the starting lineup to the next level of the minors, and eventually all the way to the majors. You must impress coaches, scouts, your fellow players, your opponents, and the women in your life in order to succeed. Will you try to find love with your childhood crush, Lucy, who is dating a real jerk with no respect for you on a rival team? Or do you get close with Patty, who works at the hot dog shop, Ducks, where you will probably also have to work part-time: The game is not shy about the fact that minor-league players make very little and yet need money to survive not just life, but the proverbial road to the show, as well.

You need money for food, for medicine, for medical bills when you’re hurt, to keep your vitality up so you lessen the chance of injury while practicing, and for gifts for those you’re trying to woo. You only get so many free time commands per week, and you need to learn to balance them between training, working part-time outside of your minor-league schedule, and impressing the various locals in your life, whether they be your bosses or scouts or the likes of Patty or Lucy. Along the way you’ll meet a teammate who claims to be a spy trained in the ways of ninja, which they swear will make both of you a better player if you just give their regimen a shot, and there is also the doctor who claims she received the powers of a prophet from an alien who gave them to her in exchange for her hand in marriage, only she called off the engagement once her powers of foresight told her that their union wasn’t one of bliss.

Things move pretty fast in this mode, and you need to make good decisions, or you’ll be released. You can play well in games, but if you fail to impress scouts who appear at random training sessions, or the big deal scout for a big league club that wants to put your skills to the test, you’ll find yourself without a job and in front of a Game Over screen. Luckily, it’s all so much fun, and you’ll start to get a sense for the systems with time, so starting over to give it another go isn’t the worst use of your time.

Its Industrial Impact: Power Pros didn’t leave behind very much, which is a shame for a number of reasons. The industry just kind of kept chugging along nearly uninterrupted, into a period where MLB 2K vanished and no competitors arrived to challenge The Show, which had become, not quite Madden–like in stature, but Madden-like in its role as the only show in town.

Power Pros didn’t avoid leaving any kind of mark behind, though: at least with audiences who experienced it before 2K stopped localizing and publishing it, Power Pros reminded us that there could still be baseball games out there that defied the extremely rigid realism that had come into (and largely remained in) style. Whether this knowledge of the power of this cult classic is a blessing or a curse depends largely on who you ask and whether or not they still have a copy to lean on in hard times, and how much they miss having options in their baseball gaming today.

At least the personality-filled oddities that are Blaseball and Super Mega Baseball exist these days, so it’s not just The Show’s hyper-realism that we’ve been left with in North America. But still: I miss MLB Power Pros and would love to experience where the series is now, even if it means having to follow along with an English FAQ so I know what I’m doing in the Japanese game. Surely I’m not alone in this, even if that’s very much a “there are dozens of us!” level proclamation.

Fungo: MLB Power Pros might have just come and gone into and out of North America in a seeming flash, but it’s just the name of the series that has existed both before and after its arrival abroad. The Japanese version of the game, currently known as eBaseball Powerful Pro Baseball, originally known as Jikkyō Powerful Pro Yakyū, and referred to internationally as simply Power Pros, began all the way back in 1994 on the Super Famicom, the Japanese version of the Super Nintendo Entertainment System, or SNES. There was a different developer back then—Diamond Head—but it was still Konami’s series to publish, and it remains an institution to this day. The most recent edition of the game released in the summer of 2020—eBaseball Powerful Pro Yakyū 2020 is actually a misleading title, as the box art also says “2021” on it—to rave reviews, with the four critics of another Japanese video game institution, Famitsu, each giving it a 9 out of 10.

The series is approaching its 30th anniversary for a reason, and there is no comparable baseball franchise to point to stateside. MLB: The Show feels like it’s existed forever at this point, but that’s only in comparison to the often brief lifespan of baseball video game franchises here: It began its ascension to the top in 2006, a full 12 years after Jikkyō Powerful Pro Yakyū got its start.

MLB Power Pro 2008’s Wins Above Replacement Game: How do you score a game like this, that manages to be everything at once, and good at all of it? Well, wins above replacement systems have done a pretty great job of understanding Rickey Henderson’s value, so let’s start there. Like Rickey, MLB Power Pros 2008 makes me laugh in unexpected ways as well as being an overall delight to experience, too, but unlike with Rickey, we can factor that into the score here. Let’s match his career-high WARP of 10.0, then—it’s the most fitting tribute I can manage, and also accurate.

Marc Normandin currently writes on baseball’s labor issues and more at marcnormandin.com, which you can read for free but support through his Patreon. His baseball writing has appeared at SB Nation, Defector, Deadspin, Sports Illustrated, ESPN, Sports on Earth, The Guardian, The Nation, FAIR, and TalkPoverty, and you can read his takes on retro video games at Retro XP.

You need to be logged in to comment. Login or Subscribe
Thomas Parker
Power Pros was amazing. Despite the cartoonish graphics, it played more like real baseball than any other console game I've played in recent years, and it was eminently playable without devoting your life to learning complicated controls and combinations. I miss it!
Reply to Thomas