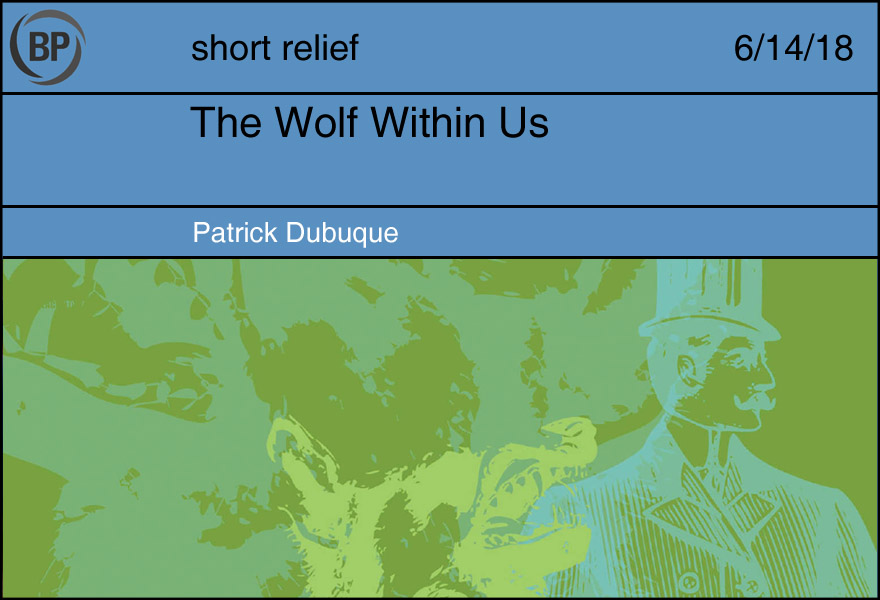 Steppenwolf is one of the most famous and most misunderstood of the novels of Nobel Prize winning-author Herman Hesse. I’m having trouble understanding it myself, fifty pages in; I’d nearly given up, only to see Hardball Times editor Jason Linden give it his highest praise. Written from the perspective of Germany between the wars, the titular character goes about living as a lone wolf, amidst society but not among it. The conflict exists on that gray line between man vs. society and man vs. man, depending on whether you’re an introvert or an extrovert. Critics attacked the book for being too hopeless, a depth existentialist literature can often descend: see the book version of The Natural.

Much as I hate Malamud’s novel and its destructive, anti-heroic philosophy, I have to admit that baseball is a perfect subject for existentialism. Every time a person puts on a uniform, whether it’s the pinstripes of the Yankees or the faded apron of the local Safeway grocery store, they create conflict in themselves, become two things at once. Witness every time an athlete crashes a dirt bike or trips over a shank of venison on a staircase or plays a video game, and how betrayed their fans become. Their professional performance is owed; the single-minded drive that grants their achievements and which should be the source of admiration is simply expected. Baseball players can only be one thing, and that thing is certainly not a human being.

But baseball players are human, so far. They want to be allowed to live full lives. This, according to Hesse, was what his book was supposed to be about: being divided, but harmoniously. Many athletes choose to delay halves of their lives until the final game is over, or pack them into the winters. Others try to balance both: in Jim Brosnan’s baseball diary The Long Season, there’s a scene where the intellectual reliever is sitting with Stan Musial, both guarded because they can see each other’s masks. Musial struggled to balance his humanity against his heroism, but it was Brosnan, whose writing eventually earned him ostracization, that failed to live both lives.

Athletes have fought hard, in all sports, to maintain their humanity despite their talent. Today, they must fight harder than ever. But though I admire both the heroes and the writers, and the activists and the artists and the podcasters and the sailors, there is something about Pirates pitcher Jameson Taillon’s blog, Pro Brew, that resonates with me. Here is a man blessed with inhuman skill, laden with inhuman demands, who can still carve out the will and the time to express himself as a man who likes coffee. Sipping my cup of instant and perusing photographs of cardboard cups held by disembodied hands with concrete backgrounds, I can’t claim to understand. But I’m happy, because he’s happy. 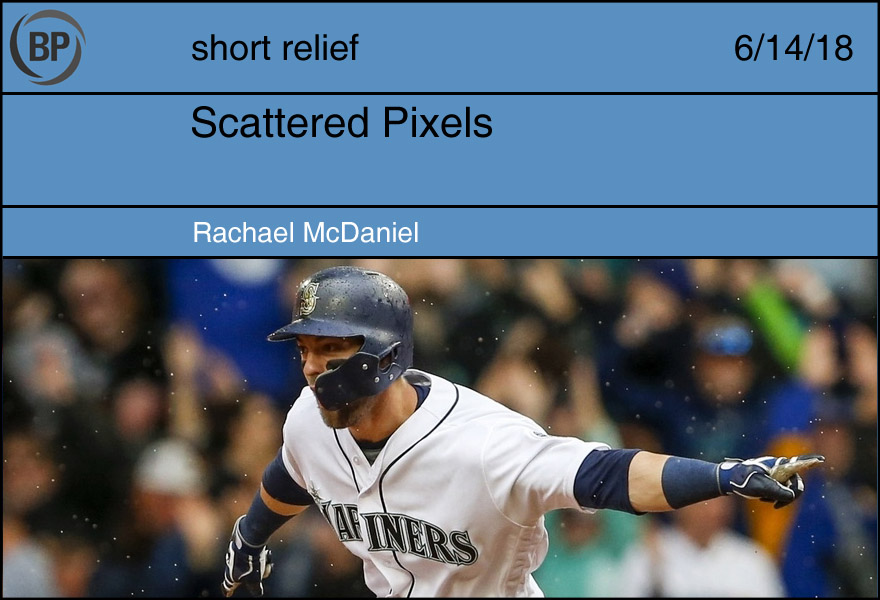 I was about to write something weird and sad today. I got it all written down at around 3 am last night, or I guess this morning — time has been moving very strangely for me. It was very alienated. It was about watching games disintegrate into pixels, unnatural shades of red and green and blue: something meaningful converted into nothing but shapes. I’ve had nightmares and hallucinations where I’m struck watching a too-bright screen, flashing the same text over and over; I was trying to watch the games I hadn’t watched during the day, and everything looked like nothing. I wrote the whole thing out in my notebook, and then I stayed up for another two hours, gripped by a fear of nothing.

The Mariners have won almost every day of this month. This is an unfamiliar Mariners experience in my baseball-watching lifetime. It has been thrilling and strange watching this team, particularly in how they keep piling on the victories: in one-run games, in narrow comebacks, walk-offs and extras and late-inning dramatics. It was another late-inning comeback. They swept Mike Trout and the Angels. Their playoff odds sit at something like 70 percent. Everything about the team exudes joy right now.

There have been so many comebacks at this point that every time the Mariners find themselves down by a run, or down by a few, you begin to expect something good. It’s a wonderful mindset to have.

I woke up feeling bad, as one typically does when they go to sleep at almost 5 am. Wednesday is a day that I always have a lot of work to do. I sat around for a few hours feeling lethargic sorry for myself. Another bad day — of course it was. The Jays got walked off, 1-0, under that sad St. Petersburg dome. I had to start working at some point. I put on the Mariners radio broadcast, because trying to watch a game on Facebook definitely wouldn’t be good for my productivity. Instead of working, I just sat there, shaking with anxiety, staring at the shapes on the screen. When I started listening, the Angels had just tied the game. They soon took a two-run lead. The Mariners came back with a run almost instantly. They were still down, but they were headed in the right direction.

And I realized, so suddenly that it felt stupid, that I didn’t have to have a bad day. I could just decide that this day was good, in spite of the way it had started. I had the ability to turn it around. I could write more words, and I could go outside. Nothing was stopping me.

I had a good day today. The Mariners came back and won again. 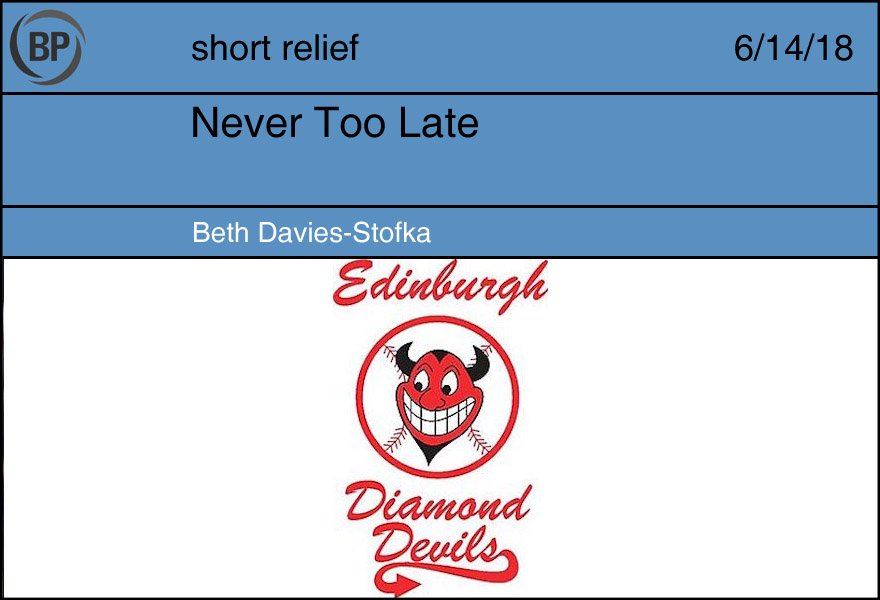 Our hair flapped in the cold wind. We were posh in our white scarves and mittens, red sweaters over black pants, fashion boots and sunglasses. We looked absolutely stunning, our lips as red as our sweaters. The sun brought out the auburn in Jamie’s hair and my blonde hair was shining with gold. Standing there on the sidelines, we looked as arresting as movie stars. And why not? Today was a day of possibility. Our brother Sean was out on the barren field, throwing warm-up pitches. It was the first game of the season and he was the starter.

There was a time when Sean didn’t think about anything but baseball. He ate, slept, and dreamed baseball. His first sentence was, “Help me find my ball.” He dreamed of the major leagues until the day he came home from high school and said he’d quit the team. Some of his teammates were getting drunk and bullying other kids. “This isn’t baseball,” he said.

Jamie and I were two years younger and couldn’t understand how he let it go. Aren’t you supposed to follow your dreams? Aren’t you supposed to dream big, and then dream bigger? Dream the impossible dream? There’s always tomorrow? I love ya, tomorrow? They told us this on TV and at school all the time. We were too young to grasp that sometimes, dreams don’t just come true.

Sean had a comfortably established law practice by the time “The Rookie” came out. “That could have been me,” he would often say, until the day when he said, “I have to see if it could be me.” He was 41 years old.

He stopped accepting new clients. He bought Phil Niekro’s book and began teaching himself to throw the knuckleball. He practiced relentlessly until one day, he messaged us. “I AM ECSTATIC!” he said. He’d done it. He’d taken the spin off the ball.

The manager of the Edinburgh Diamond Devils was the first to invite him to try out. He flew to Scotland in January and returned home with an invitation to play that summer. Now we stood on the sidelines of a pitch owned by the soccer club. There was no mound, no grass, no bases, no foul lines, no backstop. The wind blew across ground that had been under snow just a week before.

It blew at Sean, standing where the mound would be if they had one, the half-smile of a teenage boy on his lips. He looked over at us and winked. He threw a pitch. The game was underway.

“Yanks!” said one of the fans nearby. “We love yeez. Have a bevvy, loves.”

And since today we were movie stars, our brother a star pitcher for the Edinburgh Diamond Devils, we did.