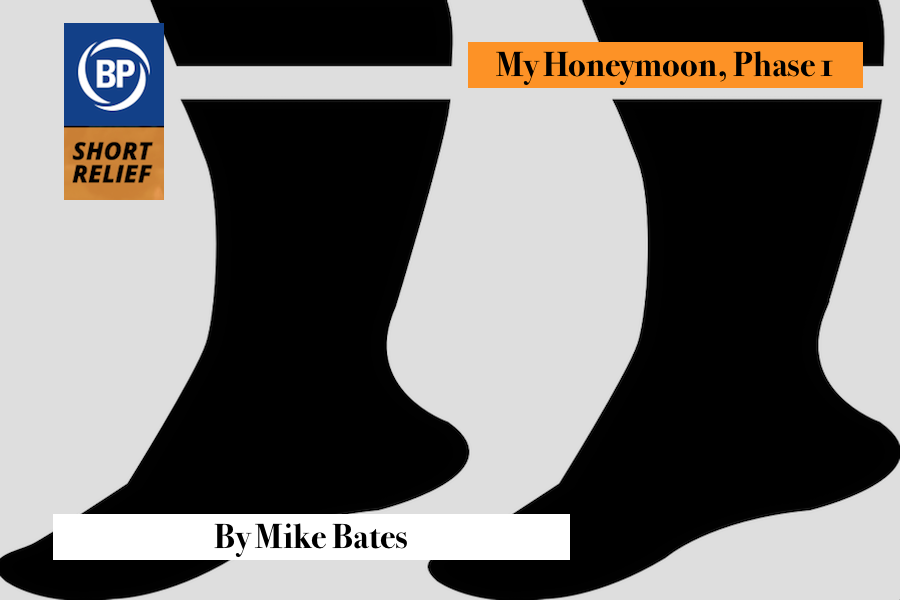 I keep hearing that baseball is dying. Attendance is down. Ratings are down. Revenues may be unsustainable. That’s a problem for me.

I don’t think I’m bragging when I say that I know a lot about the sport. When I say I know a lot about baseball, what I mean is that I probably know more than at least 99.8 percent of the American public. It’s the natural byproduct of reading about it for virtually all of my 41 years, thinking critically about it for more than half my life, and writing about it for more than a decade. I have followed the game and sought knowledge about its history with a voracious enthusiasm. If it goes away, I don’t know what I’m going to do with all this crap I’ve accumulated in my brain.

This is not to criticize anyone else for their far wiser life choice to care about it less, and to have used less of their available hard drive remembering Kirby Puckett’s batting averages in 1988-1991 (.356, .339, .298, .319). It’s not to elevate me above anyone else as an expert. Because, through my association with The Society for American Baseball Research, I have come to understand just how little I actually know.

This weekend, I attended the 2019 SABR Black Sox Scandal Centennial Symposium in Chicago as part of my honeymoon. It was organized by my friend Jacob Pomrenke (@buckweaver), one of the world’s foremost authorities on the 1919 White Sox, the eight players on that team who conspired to lose the World Series deliberately, and the resulting scandal that engulfed them and the sport thereafter. In addition to being blown away by the patience and generosity of spirit of my new wife for agreeing to include this on our honeymoon itinerary when she cares nary a whit for the game, I was equally impressed by the depth and breadth of the knowledge on display from Jacob and the other friends I met.

One presenter, an English professor at Northwestern, seemed to know literally everyone connected with baseball who is buried in Chicago. One economist at a school in the University of Wisconsin system had pored through team financial logs that had recently been made available from 1919 to catalogue the salaries of every big league player to conclude Sox owner Charles Comiskey was not, in actuality, particularly cheap with his players. Another attendee, who identifies, catalogues, and collects photos of early ballplayers, could identify Deadball Era players by sight and shared literally hundreds of rare photos he carries around on his phone.

These people, and others I have encountered on my various SABR excursions, humble me deeply. And their kindness in the face of my repeated, Owen Wilson-esque “wow”s as I pried their knowledge from them over food and adult drink reminds me that baseball is a sport that’s handed down from old fans to new, and that what’s required to build the game is that same patience with fans who want to be engaged. To meet them where they’re at, rather than insist they catch up to us. Because we go some weird places, man. And while we might think they’re great, it’s less fun for people to watch who don’t feel able to join in. Unless they’re married to us and think our obsession is “cute.” But, I can tell you from experience, those are hard to find. 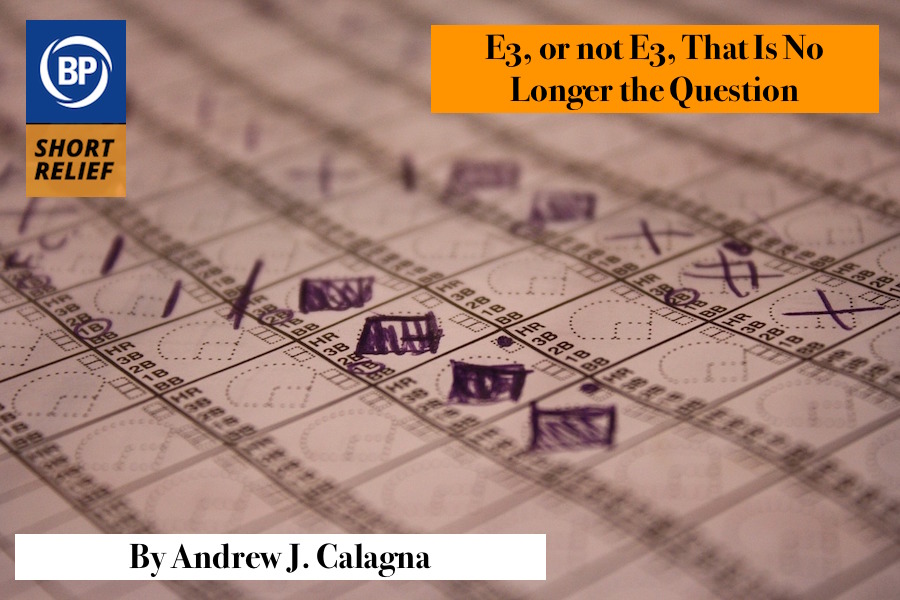 There is a time and a place for everything, especially in baseball. Whether a pitcher is trying to decide what to throw in a particular count, a batter deciding to bunt or to not bunt (FYI nobody should bunt ever), or when a manager is trying to decide if he should send a runner to try to get him into scoring position with the #9 hitter up. Those types of decisions are made every single day. It’s also true to me, in particular when it comes to keeping score at a baseball game.

My brother and I have had partial season ticket plan to the Yankees since we could afford them, and unlike most people our age, at least one of us has kept score at every single regular season game we have ever gone to. We use it as a way to stay engaged with the day in, day out slog of the 162-game season, a way to receive approving nods from older fans, and a way to win free beers by correctly determining if a play is in fact ruled an error. If you have never kept score at a baseball game, give it a try — it adds another layer of depth and understanding to the game and I promise you won’t regret it.

But scorekeeping goes out the window the second October baseball hits.

The playoffs are an entirely different animal. Everything changes. The team goal is to win 11 or 12 more games. Managers use their bullpen differently, set lineups differently, have a quicker hook with the starting pitchers (if there even IS a starter and the manager hasn’t decided to bullpen a game or use an opener). Unlike regular season baseball, every single play can go down in history as “the play”. It can be that key moment that decides whether or not you are one step closer to celebrating a World Series or two steps back towards the cold dread of the off-season. You are either jumping up and down shouting like you are on fire, or you are sitting in your seat dejected and praying your team can turn it around. There isn’t time to tally the number of strikeouts a pitcher has, or debate whether or not there was an E3 or E6 on the play. You can’t spend those precious moments trying to shade in the little scorebox when someone hits a home run, because you will miss that next equally important play. Playoff baseball is where you want to live in the moment and worry about that little pencil that comes with your program another time. There is a time and a place for everything. 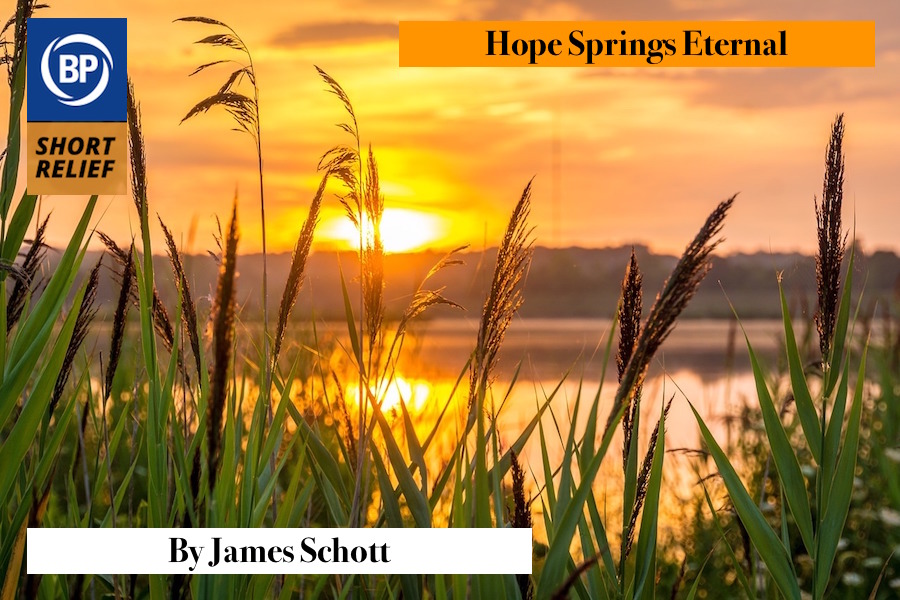 The end of the regular season is upon us, and for fans of 20 teams it means it is time to look towards 2020. It’s the time of year when a familiar refrain is echoed across the land: There’s always next year.

This is the eternal promise we make to ourselves every time our team falls out of contention, and it’s the phrase fans will comfort each other with when they look back on a season where their favorite team ultimately falls short.

After all, hope springs eternal, and that’s one of the things that makes baseball so special, isn’t it? This simple tenet helped Cubs fans keep the faith for 108 years, so surely there must always be hope for all of us. It is such an enduring part of baseball fandom, that the teams themselves preach this message to fans, asking us to show our loyalty to the teams we love.

But of course, with the shift among front offices to focus on five-year plans and long-term rebuilds over taking risks in the current season, hearing this familiar refrain from those running the operation can ring a little hollow. Especially when it becomes clear there may not necessarily be an actual plan in place, or that those carrying out those plans are not capable of doing so. Keeping the faith for next year is a viable strategy for fans with no control over their favorite teams, but for those who can control outcomes, a little more substance is needed.

When these messages come off as empty promises that aren’t even entirely promises for years at a time, fans can start to turn away, realizing their faith is not being rewarded. Building for the long-term and the future might be the more business-savvy decision for ownership, but it turns its back on why we watch baseball. We’ve seen this apathetic attitude mirrored in recent years with the downturn in attendance across the league, with many fans deciding that if teams will not commit to competing every year, then they will not show up every year.

The owners have been largely indifferent to this downturn in attendance, and so one would be forgiven if fans allowed this to sour their outlook for the future. But people do still show up and tune in every night, even if their team’s chances aren’t promising. They still approach Opening Day with the optimism that this will be the year their team breaks through. There are those who believe that it isn’t over until the tragic number reaches zero, and this optimism is to be commended. In a time when it’s easier than ever for fans to lose hope that their team will ever return to contention, some choose to believe in the endless possibilities of the future. These fans can serve as a beacon to all of us, a reminder to remain resilient and steadfast, and to not lose hold of that hope that attracted so many of us to baseball in the first place. There’s always next year.

You need to be logged in to comment. Login or Subscribe
Peter Collery
Mike: "pored", not "poured";
James: "tenet", not "tenant";
Andrew: You should bunt against the shift.
Reply to Peter