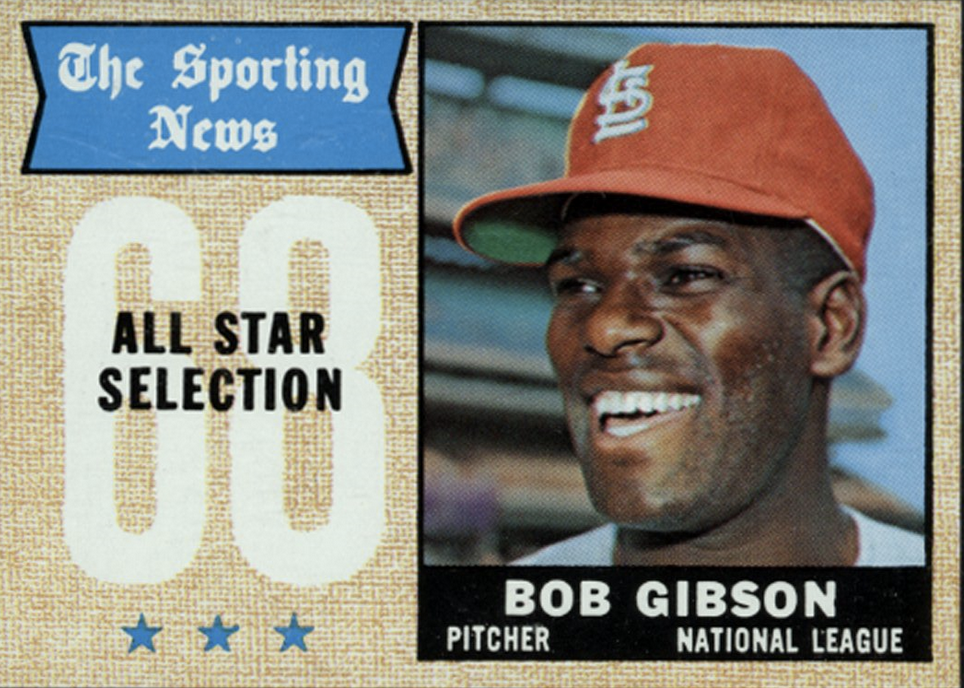 Note: Every weekday during the season, BP features What You Need to Know, a column recapping the prior day’s (or weekend’s) news around baseball. Today, we’re launching The Year of the Pitcher edition of WYNTK, detailing each week of the 1968 season.

Why 1968? Well, it was 50 years ago, and speaking personally, I’m not gonna be doing this for the 100th anniversary. More specifically, this semicentennial feature looks back at one of the most pivotal years in both MLB and America, a year in which their respective paths crossed.

Baseball fans remember 1968 as The Year of the Pitcher, when Denny McLain won 31 games, Bob Gibson had a 1.12 ERA, and Carl Yastrzemski led the American League with a modest .301 batting average. It was the last year before the expansion from 20 to 24 teams and the introduction of divisional play. Nationally, 1968 was a notably dismal year, punctuated by the King and Kennedy assassinations, the Tet Offensive, the Chicago Democratic National Convention, and the Summer Olympics protests. We’ll get to all of them, and more.

A few acknowledgements before I start: The idea for this feature came from my BP colleague and friend, Matthew Trueblood. This Hardball Times article by Joe Distelheim, on baseball’s reaction to the King and Kennedy killings, encouraged me to go forward. Throughout this series, I will be relying heavily on Tim Wendel’s Summer of ’68 and the Society for American Baseball Research’s Sporting News archive.

And with that, here’s the baseball news for the week that ended 50 years ago.

Heading into the 1968 season, there were three big trends facing Major League Baseball.

First, the prior 1967 season had been thrilling, with three American League clubs in contention for the pennant until the season’s final day. However, teams scored only 3.77 runs per game, the fewest since the deadball 1918 season. Sportswriter Vito Stellino noted that this was “a trend that is starting to worry baseball officials since low-scoring games bore the fans who like a lot of action.”[1]

Second, perhaps reflecting the lack of scoring, MLB attendance fell by nearly a million patrons from 1966 to 1967, from 25.2 million to 24.3 million. The National Football League, prodded by the success of the upstart American Football League, was growing in popularity. The AFL’s marquee player, Jets quarterback Joe Namath, had made headlines, setting a professional record by passing for over 4,000 yards in 1967. (And this was when teams played a 14-game schedule.) The National Pastime was losing ground to the gridiron.

Third, just seven years after adding the Angels and Senators to the American League, and six years after the Astros and Mets joined the National League, MLB was preparing to expand. At the 1967 winter meetings, AL owners awarded new franchises to Seattle and Kansas City for the 1969 season. (There was a political angle: After A’s owner Charlie Finley moved the club from Kansas City to Oakland after the 1967 season, Missouri senator Stuart Symington threatened voiding baseball’s antitrust exemption and Reserve Clause. The expansion Royals appeased him.) The NL owners selected two new franchises in May 1968, choosing Montreal and San Diego over Buffalo, Dallas-Ft. Worth, Milwaukee, and Toronto.

Amid this turmoil, with spring training winding down, baseball looked forward to Opening Day on April 8, 1968.

And then, on April 4 in Memphis, James Earl Ray shot and killed Martin Luther King Jr.

It was a traumatic event for the nation. There were riots in over 100 cities in response to the murder of the civil rights leader. President Lyndon Johnson, who canceled a trip to Hawaii to meet with his Vietnam military commanders when he heard the news, declared April 7 a national day of mourning. King’s funeral was on April 9.

But some teams, including the Astros and Dodgers, decided to go ahead with their home openers scheduled on April 8. In Houston, the Pirates’ 11 black players, led by Roberto Clemente and Donn Clendenon, voted to refuse to play on April 8 or 9. In Los Angeles, Phillies general manager John Quinn announced his team wouldn’t play. Cardinals players notified management that they wouldn’t open the season on April 8, either. Ultimately, Eckert postponed all games on April 8 and 9, pushing the season opener back two days to Wednesday, April 10, the day after King’s funeral.

On that day, in the National League, the Reds beat the Cubs 9-4, and the Phillies, behind a Chris Short gem (four-hit shutout, with no walks and 10 strikeouts) blanked the Dodgers 2-0. The other three NL games were nine-inning walk-offs: The Cardinals beat the Braves 2-1, the Astros beat the Pirates 5-4, and the Giants beat the Mets 5-4.

The rest of the abbreviated opening week featured eight more shutouts. On April 11, the Mets’ Jerry Koosman pitched a four-hit shutout of the Dodgers, 4-0. Two days later Don Drysdale returned the favor, also pitching a four-hit shutout that the Dodgers won, 1-0, over the Mets. On April 13, the Twins beat the Yankees 6-0 behind a Jim Perry four-hitter, and the Orioles beat the Angels 3-0 as Jim Hardin and Eddie Watt combined on a two-hitter. On April 14, two Mets rookies, Nolan Ryan and Danny Frisella, combined on a five-hit shutout of the Astros, 4-0. Pittsburgh’s Jim Bunning shut out the Dodgers on five hits, 3-0. The next day, Washington’s Camilo Pascual shut out the Angels, 7-0, on seven hits.

But the most 1968 game of the week occurred in Houston on Monday, April 15. Astros starter Don Wilson allowed five hits and three walks over nine innings. His mound opponent, the Mets’ Tom Seaver, allowed two hits and no walks over 10 innings. Neither starter allowed a run before turning the scoreless game over to their bullpens.

But it didn’t end there. Four Astros relievers combined to allow six hits and two walks, striking out 15, over the next 15 innings. Seven Mets pitchers allowed eight hits, five walks, and struck out 12 over 13 innings. We calculate Game Scores for starters, not relievers, but to that point, the Astros’ bullpen had compiled a Game Score of 118, the Mets’ bullpen 98. Neither had allowed a run.

The pitchers allowed few scoring opportunities. In the second inning, Astros catcher Hal King was thrown out trying to score from third base on a grounder to second base. In the 13th and 22nd innings, the Astros got runners to third with two outs but they didn’t advance. The Mets didn’t score after loading the bases with two outs in the 12th. In the 19th, with runners on second and third and two outs, pitcher Frisella, who was batting because the Mets were down to their backup catcher on the bench, struck out.

The game finally ended in the home half of the 24th. Astros right fielder Norm Miller singled and advanced to second on a balk. Mets pitcher Les Rohr intentionally walked Jimmy Wynn. Rusty Staub advanced both runners on a grounder. Rohr walked John Bateman intentionally, loading the bases with one out. Third baseman Bob Aspromonte hit a grounder to Al Weis, a second baseman who was playing shortstop because the Mets’ regular shortstop, Bud Harrelson, had a sore arm. The ball went through Weis’ legs, giving the Astros a 1-0 win in 24 innings. It remains the only game in MLB history to go more than 20 innings with no scoring.

The 24-inning game lasted six hours and six minutes, or exactly one minute longer than last year’s September 15 game between the Rays and Red Sox, won by Boston, 13-6, in 15 innings.

Bob Uecker, dropped by the Braves as coach and reserve catcher, has joined the Atlanta club’s speakers’ bureau.

Uecker will be available for guest appearances and appear on the Braves’ radio and television broadcasts. A club spokesman said Uecker will work out daily to be ready in the event he is needed as a catcher.

Uecker’s workouts went for naught; he was never called on to catch after the 1967 season. The speaking gig stuck, though.

You need to be logged in to comment. Login or Subscribe
Scott Pelarski
Love this! Looking forward to the rest of the 1968 season.
Reply to Scott
Rob Mains
Thanks Scott! Whole lotta weeks ahead of us.
Reply to Rob
Robert Hacking
Me too, but my money is on the Tigers ;-)
Reply to Robert
Rob Mains
Never bet on baseball.
Reply to Rob