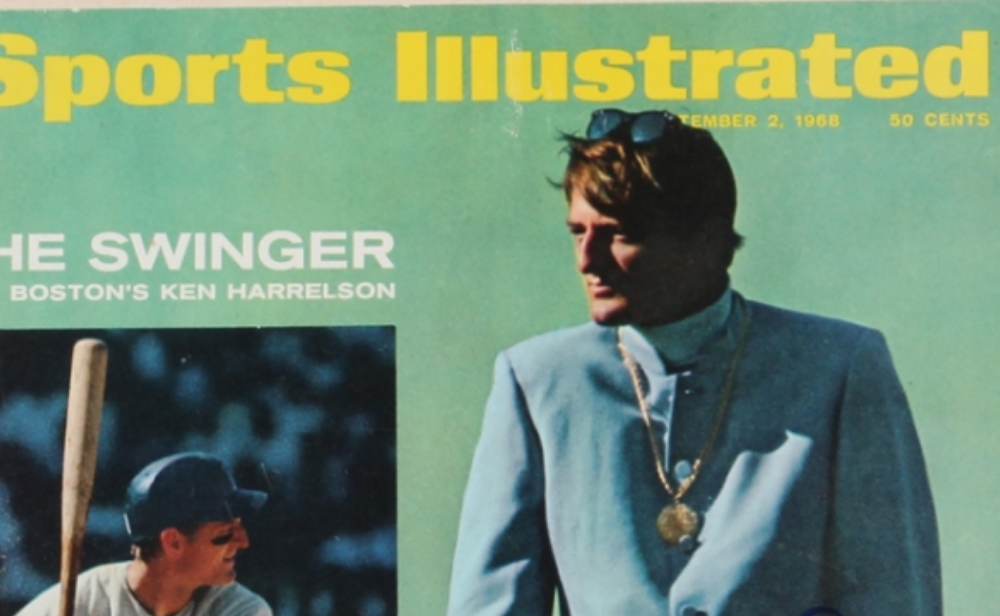 To wrap up our season-long feature, I’m reviewing the individuals whose stories took center stage during 1968, the Year of the Pitcher. I’m doing it chronologically, with links to the original articles. This is the final entry. Thank you for reading.

Ken Harrelson (AL RBI leader in 1968, week ending August 19): You probably know much of the story. Harrelson was traded to Cleveland in 1969 and broke his leg during spring training in 1970. While convalescing, he lost his job at first base to rookie Chris Chambliss. He retired from baseball at age 29 during the 1971 season. He tried unsuccessfully to join the PGA Tour, then became a Red Sox announcer in 1975. The White Sox hired him in 1981, and he moved from the broadcast booth to the front office in 1986. His year as executive vice president of baseball operations went about as well as his golfing career. He was a Yankees announcer from 1987 to 1990 before returning to Chicago, where he called White Sox games from 1991 until this year.

Larry Dierker and Jim Ray (observed the Chicago Democratic Convention riots from their hotel room, week ending September 2): Ray was primarily a reliever over the remaining six seasons of this career, all but one of them with Houston, compiling a 3.64 ERA in 247 games from 1969 to 1974. Dierker was a steady if unspectacular starter for Houston, starting 225 games, ninth-most in the National League from 1969 to 1976, before winding up his career in St. Louis in 1977, shortly after his 31st birthday. He later managed the Astros from 1997 to 2001, guiding them to the postseason (where they lost in the Division Series, every year) in four of his five seasons. He was a color commentator for the Astros from 1979 to 1996 and again from 2004 to 2005.

Gaylord Perry and Ray Washburn (back-to-back no-hitters, week ending September 23): Perry, famous for allegedly doctoring the ball, was 30 when he pitched his no-hitter and pitched for 15 more seasons, winning Cy Young awards in 1972 (with Cleveland) and 1978 (with San Diego). His 5,350 innings pitched rank third among expansion-era pitchers.

Jim Maloney (shut out the Giants on the last day of the season, the 279th and final shutout of 1968, week ending September 30): Maloney didn’t have a great year in 1968, as his 16-10 record obscured a worse-than-average 3.61 ERA. He had another good season in 1969, going 12-5 with a 2.77 ERA, but he started only 27 games, bothered by shoulder and elbow injuries. He ruptured his left Achilles’ tendon the following spring training and pitched only 47 innings combined for Cincinnati in 1970 and California in 1971 before retiring at 31.

Mayo Smith (Tigers manager): He was Manager of the Year for the 103-59 World Champion Tigers, but the club’s 90-72 record in 1969 was 19 games behind the Orioles. After tumbling to 79-83 in 1970, he was fired after the season ended, replaced by Billy Martin. After his dismissal, he complained: “[The fans] wouldn’t know a baseball player from a Japanese aviator. The fans in Detroit are ignorant.” He wouldn’t manage in the majors again.

Red Schoendienst (Cardinals manager): A Cardinal for 15 of his 19 years as a player, Schoendienst was in his fourth year as manager in 1968. He would manage the team from 1969-1976, finishing second three times but never returning to the postseason. He coached in Oakland in 1977 and 1978 before returning to St. Louis, where he was a coach and special assistant to the general manager until his death on June 6 of this year at 95. In his memory, Cardinals players wore a patch with Schoendienst’s no. 2 for the remainder of the season.

You need to be logged in to comment. Login or Subscribe
John Cummings
Thank you for this. Brought back many fond memories.
Reply to John
Rob Mains
Thanks for reading it, John.
Reply to Rob
ofmontreal
One of my favorite things I've read this year. Really good job.
Reply to ofmontreal
Rob Mains
I really appreciate that. Thanks!
Reply to Rob
Doug Holm
Rob, thanks for your work on this series. It was well done and lots of fun to read each week. I particularly liked the updates on the planned 1969 expansion, which had a lot of information I had never heard before.
Reply to Doug
Rob Mains
The fun thing about this project for me as that I'd guess 70% of what I wrote is stuff I didn't know until I did the research. The machinations behind the expansion were pretty amusing.
Reply to Rob
Bradley Upham
Rob -
Like the other readers, was my favorite read as well. Great job! Hope you continue the series with another year. Would be fascinated with 1976 - first year of MLB free agency. Think there would be many interesting angles of stories that season.
Reply to Bradley
Rob Mains
Thanks, Bradley. Next year, being 2019, is the 100th anniversary of 1919 (the Black Sox) and 1969 (expansion). Could be interesting. But yeah, 1976 was a crazy year too.
Reply to Rob