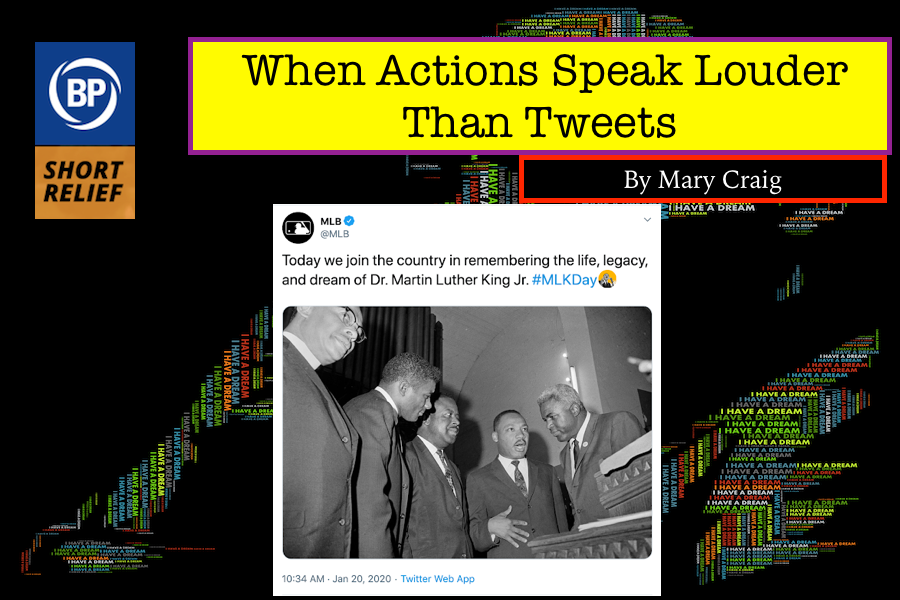 After President Lyndon B. Johnson declared Sunday, April 7, 1968 a national day of mourning for Martin Luther King Junior, who had been assassinated on April 4th, the vast majority of professional sporting events for that week were postponed. With MLB’s season set to begin on April 8th, fans and players alike waited for Commissioner William Eckert to postpone the season, but he never did. He – and the owners unwilling to possibly take a loss in profits – declared it would be business as usual. It was not until a player movement, led by Pirates players Roberto Clemente and Maury Wills, resulting in several teams refusing to take the field out of respect for MLK Jr. that Eckert reconsidered.

In December of that year, attempting to rectify MLB’s image, Eckert announced that the league would be putting together a memorial game with proceeds going to the Southern Christian Leadership Conference. All players involved would be volunteers, and the teams would be divided according to East-West players. This announcement came in the midst of a contract dispute between the players and the owners, in which the players threatened to forego the season if they did not receive greater benefits packages.

It took a year and a half to organize the game, but it finally took place on March 28, 1970 in Dodger Stadium. Two players from each team participated, with 15 future Hall of Famers in uniform. The opening ceremony included the playing of an excerpt from MLK Jr.’s “I Have A Dream” speech and the throwing of the first pitch by King’s widow, Coretta Scott King. The game raised more than $30,000 for the SCLC and was generally deemed something of which MLK Jr. would have been immensely proud.

Sharing the following day’s baseball headlines with this game were columns ruminating on Curt Flood’s challenging of MLB’s reserve clause. Many of these columns presented league presidents Joe Cronin and Charles Feeney’s assertions that the end of the reserve clause would be the end of baseball uncontested. For these columnists, Flood was simultaneously the greatest threat to its survival professional baseball had ever seen and a washed-up nobody whose exit from the game would be no great loss.

Out of the Memorial East-West game came the realization that teams could profit by annually voicing their support for MLK Jr. Last year to commemorate him, the St. Louis Cardinals tweeted a photo of Curt Flood painting a portrait of the Civil Rights leader. But voicing support for him and genuinely honoring him are vastly different things. The league’s decades-long effort to wipe Curt Flood from memory does more to reveal MLB’s true stance on Martin Luther King Jr. than does any number of tweeted photos of the man. 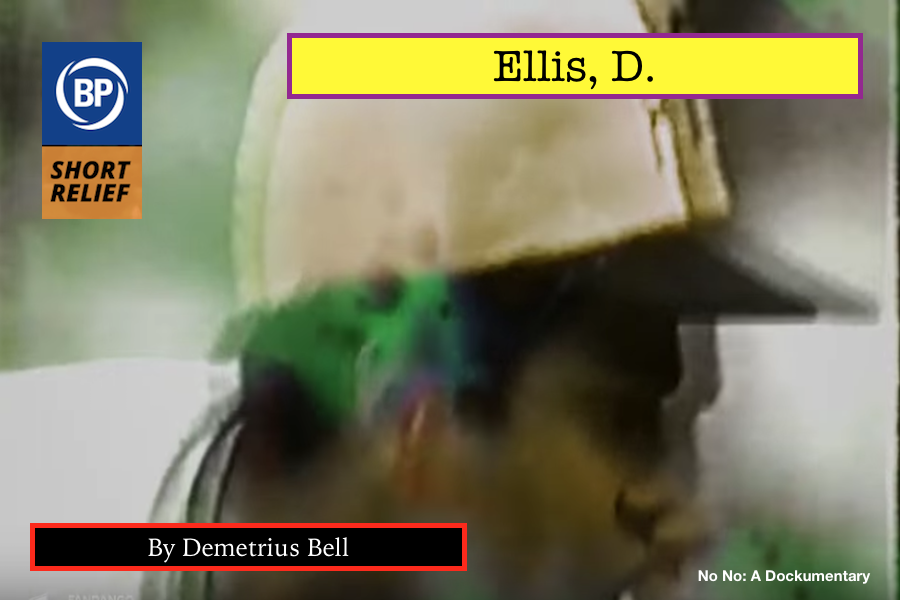 I remember being excited a few years ago about the Dock Ellis documentary that was eventually going to be released on streaming platforms. This was solely because I’d heard about the legend of Ellis throwing a no-hitter while under the influence of LSD, and I figured I needed to watch this thing just to figure out whether or not this actually happened. So when No No: A Dockumentary finally came out, I enjoyed it just as much as I figured I would and found myself enthralled with not just Dock Ellis, but the rest of those Pirates teams from the ‘70s as well.

When it comes to the infamous no-hitter, I believe he was on that “stuff” because it sounds like the single-most erratic no-no in the history of baseball. He had more walks (8) than strikeouts (6), and one of those walks was a HBP. The opposing Padres also had their fair share of scoring chances and were making solid contact — Ellis allegedly remembered jumping out of the way of what he thought was a hard liner coming right at him. The ball was nowhere near Ellis. That was just a mild example of the hold the drug had on him during that game.

The Padres also had six chances with runners in scoring position, but Ellis was able to keep them out of the hi” column while also allegedly believing he had to face a newly-signed Jimi Hendrix with part-time umpire Richard Nixon calling balls and strikes. Dock Ellis was gone. Even with these hallucinated hurdles in his way, he stood triumphantly after collecting the 27th out without giving up a single hit and went down in counterculture history as a legend. It’s not something I would endorse, but it’s still cool to imagine what it had to have been like to be inside Dock’s head that night. 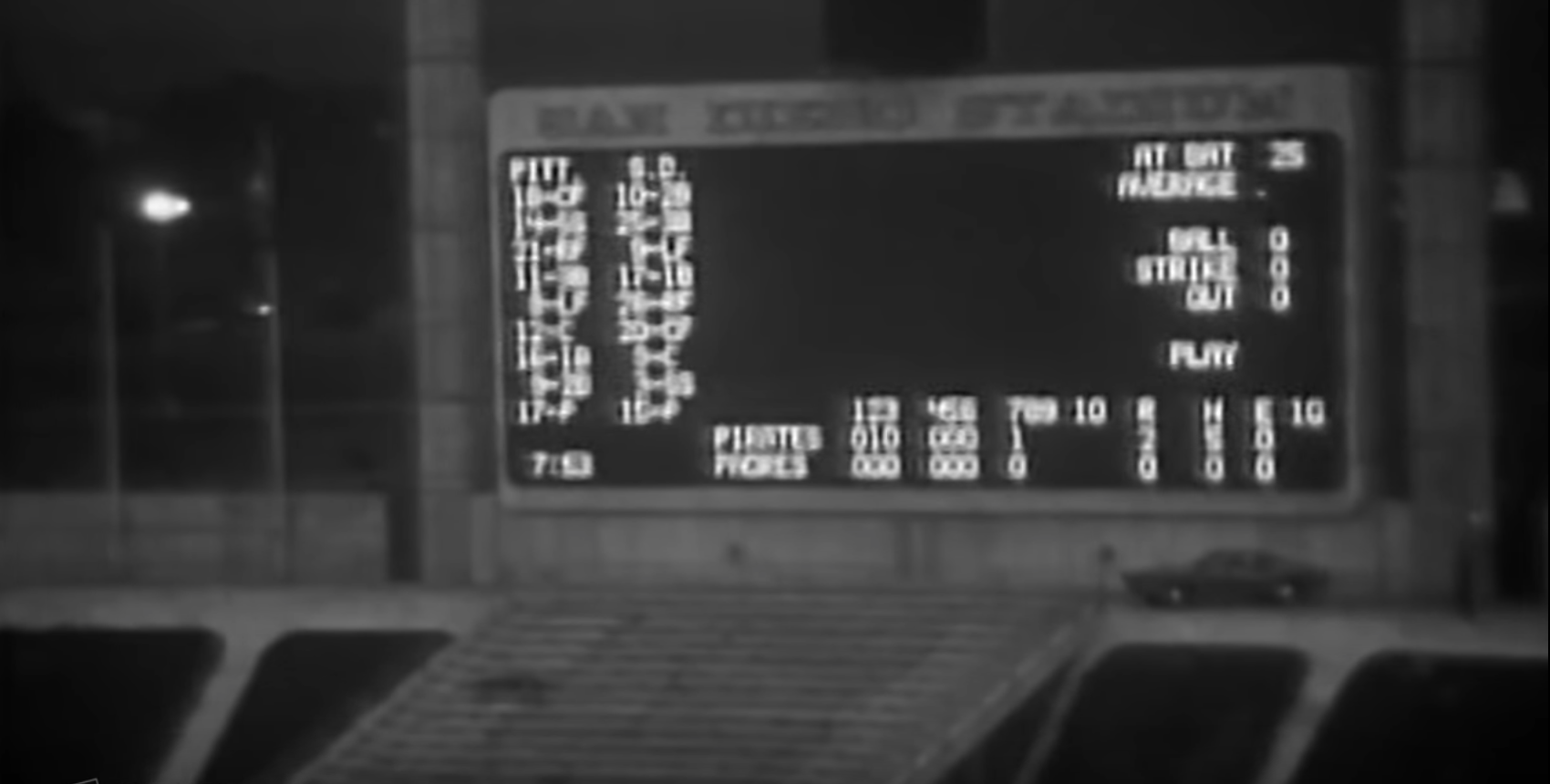 However, the main reason why Dock Ellis and those ‘70s Pirates are worth all of the legends and myths that are told about them is due to one day in particular. The 1971 Pirates won the World Series, and on the way to that championship, they faced the Phillies on September 1st. It may not have been a big deal to Al Oliver and Dave Cash until about halfway through the game, but the starting lineup was, according to Oliver, “all brothers out there.” From Rennie Stennett batting leadoff to Dock Ellis himself making the start on the mound, that Pirates team made history with the first all-black-and-latino lineup in MLB history.

Between Dock Ellis making strange history and the Pirates themselves making serious history as a team, it must have been a fun time to follow baseball in that era. Dock Ellis may not come close to the Hall of Fame, but he and the rest of those formidable Pirates teams are memorable legends in their own right and that’s a cool way to be remembered.