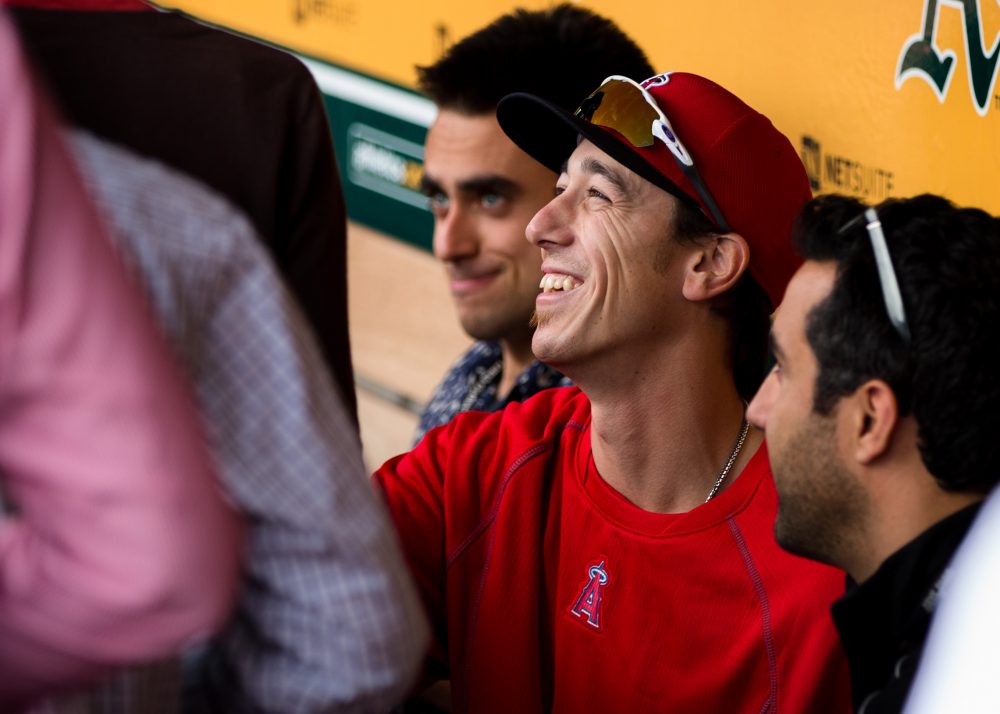 PECOTA projects the Rangers to win 76 games this season. That puts them on the outside in terms of a playoff spot, though not out of the hunt, and suggests the addition of someone(s) like Jake Arrieta and/or Lance Lynn might give Adrian Beltre and Co. a chance to make the postseason again after missing it in 2017. Alas, everyone knows how—shall we say—strange the offseason has been in terms of free agency. It’s been really weird in Texas.

To the Rangers’ mix of really old and really young key players, general manager Jon Daniels has added two really huge names from the past decade: Bartolo Colon and Tim Lincecum. “Big Sexy” and “The Freak.” Sounds fun, if not safe for work.

Due to popular demand, the Bart and Timmy shirt is now available! Hope you enjoy!https://t.co/M9AszB7ZZc pic.twitter.com/zAK2ISk9tz

They make a nice pop-culture duo. But can they still pitch?

Colon is about to turn 45 years old and is four victories from surpassing Juan Marichal as the winningest pitcher native to the Dominican Republic. That’s why he still wants to hang around after posting a 6.48 ERA in 28 starts in 2017 (though he wasn’t as bad in his final 15 starts with the Twins). His 6.36 DRA, however, ranked 126th out of 134 pitchers who threw at least 100 innings last season, indicating Colon was as bad as his ERA. Cruelly, PECOTA projects Colon to win just two games in 2018, saving Marichal’s Dominican record.

PECOTA isn’t much kinder to Lincecum’s projections, but the system wasn’t really created for someone who skipped the entire 2017 season after making just nine dreadful starts with the Angels in 2016. We have no reason to expect anything good from Timmy, simply because he turns 34 in June and has been so ineffective over the past four years. All we have is some hope.

We know the Rangers saw enough in Lincecum’s showcase to sign him to a major-league deal; the Giants, for whom he made his bones, would only offer to bring him back on a minor-league contract. Reports about Lincecum’s velocity (90-93 mph) have been encouraging, or at least better than when we previously saw him, possibly thanks to a workout regimen with the Driveline Baseball folks.

Well, no matter how well he’s throwing now, the old Freak is long gone, so don’t even. Buzz among the scouts is Lincecum is a “two-pitch pitcher”—but what the second pitch is, exactly, isn’t obvious. Back in the day, he threw the four-seamer, the two-seamer, and the splitter, with a dabble in curves and sliders. Whatever the repertoire, the Rangers signed Lincecum to be a reliever, so they won’t require him to attempt 30 starts. They’ll leave those opportunities for Colon, Matt Bush, and Mike Minor (gulp).

The possibility of Lincecum being a closer is pretty juicy, even though he’s being pegged as a “multiple-inning” guy at the moment. Sample size be darned, and it was six years ago already, but Lincecum pitched pretty well in a famous relief turn during the 2012 postseason. Lincecum returned to the rotation in 2013, and did OK (2.4 WARP), but the next three seasons were disasters—a combined negative 3.6 WARP. And then he nothing in 2017.

Even as a budding middle man, Lincecum is up against history if he wants to return to productivity.  Do you know how many pitchers, in their 30s, came back to be productive after faring so poorly for four straight years? Only knuckleballers Charlie Hough and R.A. Dickey, along with lefties Norm Charlton and Woodie Fryman, posted WARPs higher than 1.0 following four years of negatives (or nothing). Charlton, I guess, is the model for Lincecum’s rebound.

There aren’t even many historical cases who rebounded from three negative-WARP seasons to find any more success in their 30s. Just six—notably Livan Hernandez, Jamey Wright, and Luis Tiant. Even knocking off another degree of difficulty, only 37 pitchers in history have bounced back to produce at least 1.0 WARP after two negative seasons, according to Rob McQuown’s research. Some big names, though, including Hall of Famers Jim Palmer and Warren Spahn. Some recent examples, too: J.A. Happ and R.A. Dickey (in 2017), along with the likes of Darren Oliver, Chan Ho Park, Livan Hernandez, Kevin Millwood, Jamey Wright, and Octavio Dotel—all within the past 10 years.

It’s funny: Colon himself is working on four straight negative-WARP seasons. The Rangers are hitching their wagons to a couple of very long shots.

No matter, the opportunity to get another chance to see Lincecum pitch well in any role is one of the most appealing possibilities of the 2018 season. That iconic whirling dervish delivery, taught to him by his father against the judgment of so many others, helped to make Lincecum one of the most watchable players in the game from 2008-2016. Big-Time Timmy Jim appearances always were appointment television. He’s going through another rough time right now, because his older brother died (which understandably is delaying his arrival at Rangers camp). But he’s obviously worked hard to get this far. Fans will be grateful if he can make it work with the Rangers.