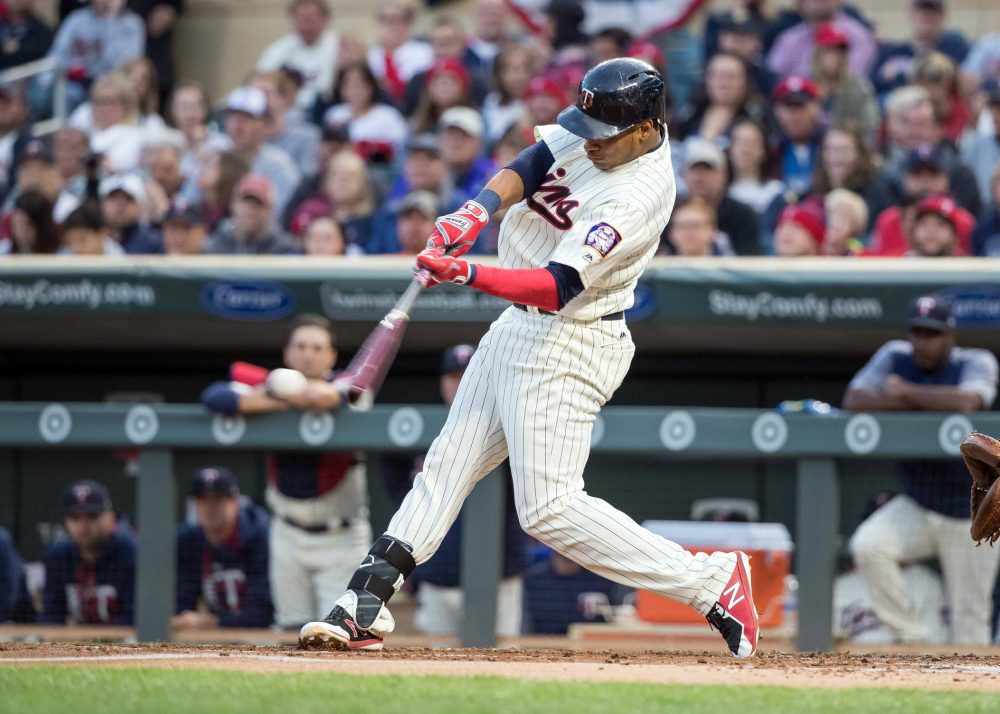 Scientists are always looking for indicators. Geologists have tried to work backward from major events like earthquakes in order to find ostensibly unrelated phenomena we might use to predict similar events in the future. A doctor seeing a given symptom that doesn’t fit into a patient’s known problem set will, rather than dismiss it as irrelevant, take it as a sign that another body system might be affected, or that another malady entirely might be arising. Economists have a particular love for this, because economies are so complex and multi-factorial that one must develop an almost conspiracy-nut level of attention to minute interactions in order to have any hope of understanding them. There’s a frequent, always brief, occasionally spurious NPR podcast devoted to telling people about potential economic indicators, unimaginatively (but wisely) titled “The Indicator.”

Sabermetricians also like indicators, but the need for them is greatly reduced in a context like baseball. As richly complex as the game seems to those who know and love it best, it’s a relatively simple, stable, closed sort of system, and most things we really need to know can be observed directly and documented neatly. Like most of the work baseball analysts do, then, sussing out indicators is a low-stakes exercise, undertaken mostly for fun. With that caveat established, let’s talk about what might be an interesting, valuable indicator: a shorthand for the hit tool.

Obviously, this is going to be extremely imperfect. No single statistic can capture the long list of things a hitter needs to be able to do well in order to be an above-average offensive threat. Plate coverage matters, approach matters, swing plane matters, and the ability to use the whole field matters. Before any of that, however, there’s one way to check on a batter’s feel for hitting that seems to sort them out pretty well: a consistent knack for neither missing nor wasting mistakes.

Last season, 153 hitters swung at 100 or more pitches that were right down the middle of the plate. Using the basic three-by-three grid of the strike zone, these are pitches in the middle both vertically and horizontally. The league as a whole hit .344 and slugged .638 on these pitches last season. They are opportunities, and to spoil one is a shame. Doing so consistently is usually a sign of a hitter who isn’t good at squaring up the ball, at putting the barrel of the bat on the ball. With that in mind, here are the best and worst players in baseball last season at converting swings at “middle-middle” pitches into balls in play.

First, the best, with the lowest percentage of swings resulting in either a foul ball or a whiff:

And now the worst, with the highest percentage of swings resulting in either a foul ball or a whiff:

Ian Kinsler and David Peralta just missed one end of this list; Mark Reynolds and Kyle Schwarber just missed the other. You can probably guess which end was which.

The first surprise here was the sheer spread from the top of the list to the bottom. A fair number of players are fouling off or whiffing on more than 60 percent of their swings at pitches down the middle; a roughly equal number are doing so less than 40 percent of the time.

It’s important to understand what this doesn’t say. For instance, Corey Dickerson has some of the best plate coverage (and coverage of areas beyond the plate, frankly) in MLB, and can drive pitches in any location, so it’s not terribly important that he improve this number. Freddie Freeman, Trevor Story, and Schwarber all played part or all of the season in the shadow of a serious injury, so this probably speaks more to issues with their timing or ability to swing normally than to their true talent. With other guys, however, it’s easy to see how this is part of a larger story about their offensive skill set. Mike Zunino, Joey Gallo, and especially Keon Broxton have been lesser players than their pure tools say they should be, partially because of this flaw.

It’s just as true at the other end of the spectrum. The fact that these guys consistently square up the ball enough to put it in play does not tell us whether they hit it on the ground or in the air. (Generally speaking, a ball belt-high hit on the ground is a suboptimal outcome.) It doesn’t tell us if they tended to hit it hard or not, or to what area of the field they tended to hit it. We could pull all of those numbers, too, but the idea here is to keep things simple, and in keeping things simple we lose some measure of detail and accuracy. Still, look at the names here. They’re almost perfect. Sure, an ideal ranking of players by hit tool will have Jose Altuve, Mike Trout, and Corey Seager near the top, but this purposefully less-than-ideal expression of it still puts Mookie Betts atop the list.

Betts is underrated in this way: his feel for the barrel is divine. Brett Gardner is a similarly fun name, a guy who frequently fights off tough pitches (especially deep in counts) but who does that without losing the ability to be on time when the pitcher lays one in. The rest of the names are, mostly, similarly predictable. Even Albert Pujols, whose loss of strength and quickness and health have rendered him such an awful all-around player, retains that raw feel for quality contact and for pouncing on his pitch, in a way one can see as easily on the field as in this table.

So, let’s talk about Jorge Polanco. Of all the names listed above, the only one close to being as much of a surprise as Polanco was Freeman. Despite his breakout last August, the consensus on Polanco has long been that he’s no more than a second-division regular, likely at either second base or third base. He’s not considered a good enough overall defender to stick at shortstop for long, and our FRAA assessment of his work there for the Twins so far affirms that projection. However, Polanco appeared on four Twins top 10 prospect lists at BP during his ascent to the majors, and in each his hit tool graded out at either 55 or 60. Scouts have always believed Polanco would hit; they just haven’t been sure he will hit for power or walk enough to make that tool stand up at a lesser defensive spot.

In this light, Polanco’s extraordinary finish to the 2017 season should be read as even more encouraging than it appeared on the surface. Nothing he did over the final two months of the campaign read as a fluke: the switch-hitting 23-year-old walked 19 times and fanned only 32 times in 234 plate appearances. He had 27 extra-base hits over that period, too. With this added insight, however, perhaps we can say that he’s not only tapping into his secondary skills, but maintaining a pure feel for quality contact that was better than we knew, all along. If so, Polanco might be moving beyond his previously projected ceiling.

For a Twins team that could need a new long-term answer at both second base and third base by next season (Brian Dozier’s free agency looms, and Miguel Sano has both on- and off-field problems to sort out), that would be an extremely welcome development. It would clear the path for Royce Lewis or Nick Gordon as a fixture at shortstop, and it would solidify the depth of a lineup that overachieved last season. Whether or not all of that is really going to come to fruition, however, might be a question of how much one believes in squaring up mistake pitches as an indicator of the hit tool.

You need to be logged in to comment. Login or Subscribe
BurrDeuces
Wouldn't you want to factor in how far or close the batter is to the plate? Even though it may be right down the middle of the plate it may not be directly down the middle in regards to the hitter's zone.
Reply to BurrDeuces
Matthew Trueblood
There are many adjustments one might make that would better evaluate the skill we’re targeting here. But that’s not the point of this exercise: it’s about ease and simplicity, not the highest possible relevance.
Reply to Matthew