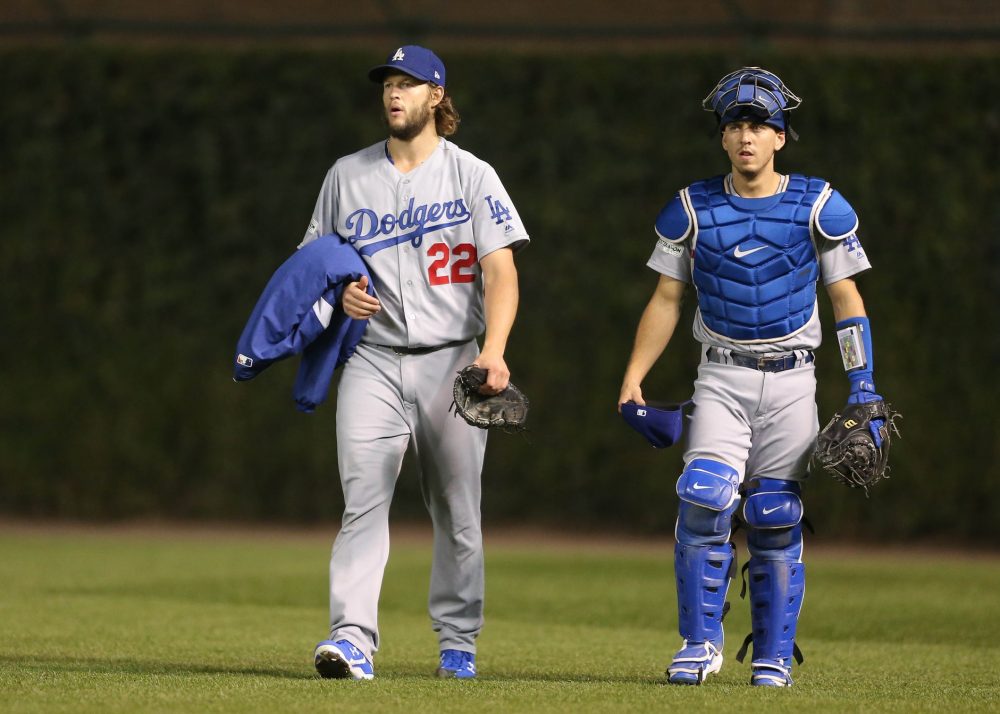 Insofar as it’s true that the playoffs are a crapshoot, it’s not because the outcomes of games or series hinge on sheer luck, but because the things that tend to tilt contests between such deep and star-studded teams are often so small that we barely notice them. The pageantry and the crowd noise and the awful, cinematic camera angles make it harder than ever to pay attention to the minute details that make up the margin of error in most games.

It might be a few feet not taken on a secondary lead, or a scouting report about a first baseman’s arm. It might be the depth of a batter in the box when the catcher sets up inside, creating the risk of a catcher’s interference, or the depth of a center fielder when a single is hit to his left, allowing a runner to go from first to third. Most often, however, the tiny margins where playoff games get decided are the same ones that decide so many regular-season games: the spaces on the edges of the strike zone. This year, the LCS have swung (not wholly, but in significant part) on the ability of each team to reshape and resize the zone.

Obviously, there are interesting batter and pitcher dynamics at play there. I’ve documented that the rate of foul balls per swing is higher this postseason than it has been at any time in the last decade. That’s the latest way in which hitters are trying to get extra looks and opportunities to really square a pitch up. Pitchers are throwing fewer and fewer fastballs. Everyone is still searching for the optimal way to respond to the juiced ball, which might be affecting not only the flight of batted balls but the ability of pitchers to command their offerings. It’s the third party of the battle for the zone, though, that might be deciding the LCS.

Looking at our catcher stats leaderboards, it’s easy to see which of the remaining backstops do the best and worst jobs of earning extra called strikes. The nice thing about framing numbers is that, if you watch the games, the numbers aren’t going to surprise you very often. From all of our years of staring in at the catcher from the center field camera, we’ve all picked up the ability to judge receiving skills a little bit—even if we’re not all keenly aware of it.

Compare the regular-season Called Strikes Above Average rate and Framing Runs for the catchers on LCS rosters:

That’s about as clearly as it could cut. The Dodgers and Yankees have catchers who add strikes for their pitches, or avoid losing them. The Astros and (especially, given that Avila played only sparingly this postseason) Cubs have guys who are hurting their hurlers.

Truthfully, though, that’s only part of the story. Framing is a statistic that becomes reliable very quickly, because the number of taken pitches a catcher handles in a week of full-time duty is similar to the number of plate appearances a regular position player might see in half a season. Whatever the numbers seem to tell you, even over a small sample, they’re really telling you.

On the other hand, once you have a fixed idea of a player’s framing skill, you should be ready to change it pretty quickly. We’ve seen numerous examples in recent seasons of catchers’ numbers going haywire, and it’s never for no reason, and it’s rarely a fluke. Injuries, fatigue, and changing teams can make a catcher worse as a receiver, in a real way. Finally being healthy, updating a certain technique, and improving as a game-caller and umpire solicitor can make a catcher better. A single, season-level framing figure doesn’t paint an honest, complete, useful picture.

In light of that, let me offer the numbers in a new way. Here are the seasonal average CSAA  rates for the Dodgers’ catching duo of Austin Barnes and Yasmani Grandal, broken down by month:

There’s a reason Barnes has started over Grandal even against most right-handed opposing starters lately. The trend lines on the Dodgers’ catchers suggest that one is wearing down and one is mastering the art of framing. It’s more dramatic than these numbers indicate, too. Each number here represents the average CSAA value for the player over the entire season, for each day within that month. Thus, the latter months have the earlier ones baked into them.

Grandal isn’t adding two percent to the likelihood of pitches being called strikes; he’s probably not significantly above-average at all right now. On the other hand, Barnes might be adding four percent or more to the probabilities of getting strikes on takes. He’s not only playing a lot, but quietly played a huge role in the Dodgers’ shutdown of the Cubs and NL title.

Framing is just one aspect of catcher defense. Sanchez is very good at it, and also has that rocket arm, but the other duties of a catcher—like preventing wild pitches and passed balls—give him fits. That, plus the Yankees’ early futility at DH, convinced Joe Girardi to give Romine a start. In general, though, they’ve stuck with Sanchez, and despite the odd and occasionally embarrassing problems he has handling pitches, he mostly keeps the strike zone in great shape for his pitchers (who love to work the edges).

Notably, after plenty of talk about Sanchez having problems as a framer in the early and middle part of the season, he seems to have made real and critical improvements. With his bat and the ability to add strikes behind the plate, Sanchez is one of the best young players in baseball.

Maybe the key descriptor of Sanchez above was “young.” McCann certainly is not a spring chicken, and he’s seen his CSAA figures plummet as the season has progressed. Because their other options have been consistently inconsistent, however, manager A.J. Hinch has needed to keep putting McCann’s name in the lineup. Gattis, like Sanchez, isn’t as bad as one might expect based on his broader defensive reputation, but unlike Sanchez, Gattis is still just OK at framing.

If you’re looking for reasons why the Cubs struggled to throw strikes, got into trouble, and generally were a pitching mess all October, don’t forget to look behind the plate. Contreras has just lost it as a framer, and he’s still the team’s everyday option. Call it fatigue, or an injury issue, or the inability to sustain his focus and technique in the face of the surge in playing time he necessarily saw after Miguel Montero was released, but one way or another, he’s hurting the team behind the dish.

All of this has a real impact. It changes counts, changes pitching plans, changes hitters’ mentalities. Here are the LCS pitching staffs’ called strikes as a percentage of all pitches taken:

The gap shown above between the Dodgers and Cubs tells the tale of their series. Los Angeles dominated by controlling the strike zone. A Rob Arthur study conducted when framing was first introduced as a concept found that batters chase more bad pitches when a good framer is behind the plate. That was certainly in evidence during the NLCS, as the Cubs swung at 51.1 percent of all Dodgers pitches, while the Dodgers swung just 39.8 percent of the time. Remember, the numbers above only consider pitches not swung at, so the Dodgers’ pitchers and catchers (especially Barnes) got extra called strikes despite inducing the Cubs to chase anything terribly close.

Last night the Dodgers ended the Cubs’ season, and Jake Arrieta probably threw his final pitch for the Cubs on Wednesday night. In the seventh inning, he was already working close to his season-high in pitches. There were two outs and a runner on first base, and Chris Taylor had worked a 2-2 count. Arrieta’s next pitch missed its target by almost the width of the plate—but it was clearly a strike, over the fat part of the outside corner. It should have rung up Taylor, ending the inning and sending Arrieta off the Wrigley Field mound to a wall of grateful noise.

Contreras, however, was set up inside, and had to turn and reach for the ball. It was called a ball. Arrieta went on to walk Taylor, and Joe Maddon had to lift him rather than allow him to face Cody Bellinger with the tying run on base. The game didn’t end up turning on that non-strike call, but given the situation, it could have. That’s what the Cubs kept running into during the NLCS, both when pitching and when hitting.

Thanks to Kate Morrison for research assistance.