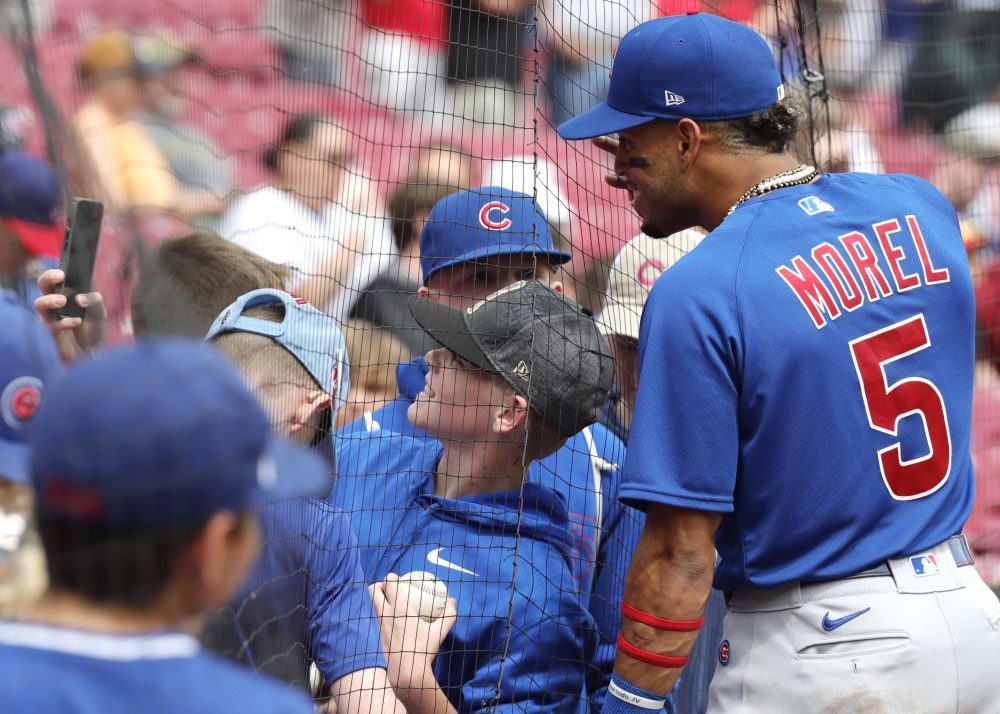 Michael Harris II $87 (Max Bid: $350, Min Bid $12)
Eddie Rosario’s eye issues, Adam Duvall’s ineffectiveness, and Ronald Acuña Jr’s struggles to stay (completely) healthy somewhat forced Atlanta’s hand on Harris, an excellent prospect who had only 196 plate appearances in the high minors. Harris has performed, though, and the power that many hoped would become part of his game started arriving at Double-A Mississippi prior to his promotion. It’s a clean opportunity. The only question is if Harris can make the most of it right away or if more advanced pitching will knock the bat out of his hands his first time through. The stolen base ability gives Harris a solid floor, even if the power doesn’t immediate translate.

Christopher Morel $46 ($128, $8)
I thought Morel might gradually build up mixed league value, but a combination of injuries and a rebuilding Cubs squad have pushed him into regular action, and he has delivered. The four steals are what pop off the page, but Morel has also displayed decent pop and a strong batting eye. The scouting knock on him was that his aggressive approach would chew into his value, but so far that hasn’t happened. Pitchers will catch up, and a .357 BABIP isn’t sustainable, but Morel has enough power and speed to hold value in deep mixed if he’s playing. Even when the Cubs get healthy, I envision him surviving in a super utility role.

Matthew Liberatore $41 ($121, $7)
Liberatore is one of those low ceiling, high floor pitchers, the sort of prospect who won’t excite anyone based on the stuff but could quite easily deliver a mid-to-high three ERA with a decent WHIP and good win totals on a solid Cardinals squad. Steven Matz’s IL trip gives Liberatore plenty of runway to stick with the big club. These are the sorts of arms fantasy analysts are often too quick to dismiss but frequently provide stable, back-end value in deeper leagues where volume and stability are crucial, particularly as injuries pile up.

Edwin Ríos $35 ($125, $1)
Max Muncy’s elbow woes opened a full-time slot for Rios, although I think he should have already been rostered in 15-team mixed given how shallow third base is. Rios has been great when he has played, but full-time reps could expose him and lead to a metric ton of strikeouts. The power potential is prodigious enough that it’s worth taking the AVG hit — think last year’s version of Kyle Seager or the 2021-2022 iteration of Patrick Wisdom, if you’re looking for a comp. That would have played even in last year’s more “normal” offensive environment. It certainly plays now.

Cole Sulser $33 ($112, $1)
Sulser might not be the best reliever in the Marlins bullpen or the one with the highest ceiling, but there’s a good chance he’s the closer. He picked up the save for the Marlins on Saturday, and manager Don Mattingly generally isn’t a fan of committees or mixing and matching based on matchups. Sulser is a solid albeit unspectacular reliever who doesn’t throw hard but gets the job done. If he keeps the job the rest of the year and can grab 20 saves, then this will be an awesome pickup.

However, he gave up four runs in zero innings last night in Colorado. Ouch, but more importantly it makes it less likely he’s locked in in the ninth.

Tyrone Taylor $28 ($61, $1)
Taylor is a nice fourth outfielder to have and proved so by delivering solid stats in right field during Hunter Renfroe’s IL stint. Renfroe is due back from the IL on Friday, which will cut into Taylor’s time significantly unless the Brewers decide to move on from Lorenzo Cain in center field. It’s not implausible, but it is difficult to predict when or even if that would occur. What makes this additionally challenging is that while Taylor is solid, his level of production doesn’t scream must-stash while waiting to see if the Brewers decide Cain is no longer able.

Victor Robles $25 ($51, $1)
There were glimmers of hope during Spring Training that Robles wasn’t completely cooked (he was only 24 on Opening Day, was once a top prospect, and could still provide some real-life value due to his defense), but that hope has given way to despair, because Robles looks washed. Don’t be fooled by the .257 AVG. His already terrible batted ball metrics are worse than ever, and he has been far more lucky than good. The defense gives him some limited value for the rebuilding Nationals, and if he can get on base at a .300 clip the steals make him useful in deeper leagues. But don’t be surprised if he craters and disappears.

Cal Mitchell $24 ($101, $3)
Mitchell was once a more highly regarded prospect, but the projected power never managed to play up in-game. He snuck back onto the radar early this season with a solid performance at Triple-A and the Pirates promoted him last week and inserted him into their lineup. Mitchell is a low-end fourth or fifth outfield play for deeper formats only. The power likely projects to 15-20 home runs and while the six steals in 138 PA this year look impressive, they aren’t expected to translate to big league action. Playing in Pittsburgh gives him plenty of opportunity, so the playing time is primarily the thing here.

Colin Poche $19 ($83, $1)
Poche was a middle-of-the-pack Rays reliever in 2019 who underwent Tommy John surgery in 2020 and missed two full seasons. He’s in the mix for saves in the Tampa pen, and while I prefer his teammates Jason Adam and J.P. Feyereisen (in that order) in terms of skills, it’s possible Poche could grab anywhere from 5-15 saves depending on how the Rays use him.

Oscar Gonzalez $17 ($41, $1)
Gonzalez has prodigious power but is defensively deficient, which theoretically limits him to left field and DH. The Guardians are using him in right, so they surely have more faith and knowledge of his abilities than the non-organizational scouting reports do. Gonzalez could hit 20-25 home runs if he hangs on to a job, but his pitch recognition skills have limited him to date. He might not be in the majors for long, but the Guardians outfield is a soft landing spot with multiple players who won’t be much of an obstacle if Gonzalez’s bat clicks.

Besides Gonzalez, AL Tout was highlighted by a pair of Yankees. Andújar was hitting decently at Triple-A but is more of a short-term injury fill-in than a long-term fix. I thought Carpenter was done, but he has found another opportunity with the Yankees. Perhaps Yankee Stadium’s cozy dimensions will give him a new lease on life. Perhaps this will make it more likely people purchase my upcoming book: It’s No Longer the House That Ruth Built: 201 New Puns Now That Matt Carpenter Is a Yankee.

It’s probably past time for Pasquantino’s inevitable promotion. I was rooting for Carlos Santana as much as the next person, but he has a .155/.295/.250 slash line and the theory that injuries sapped Santana’s ability to drive the ball in the second half of 2021 no longer looks valid. Pasquantino has 14 home runs and a goofy .303/.396/.667 slash line at Triple-A. He is also by all accounts a super fun dude who is going to become an instant fan favorite if he finds any kind of success in Kansas City. C’mon, Royals. Do it.

I bid $1 on both Harris and Mitchell and lost. I have a mere $3 to spend. Perhaps I should have pushed Harris to $2. I thought about Aquino at $1 but we’ve seen him have hot streaks and then disappear in the past. If I had more FAAB, I would have felt more comfortable taking the plunge on any of these outfielders. It’s an NL-only. Plate appearances are king.

The reliever stabs this week were Sulser, Díaz, and Minter. Díaz could close at some point. Minter won’t but is a great play in all the non-save categories.