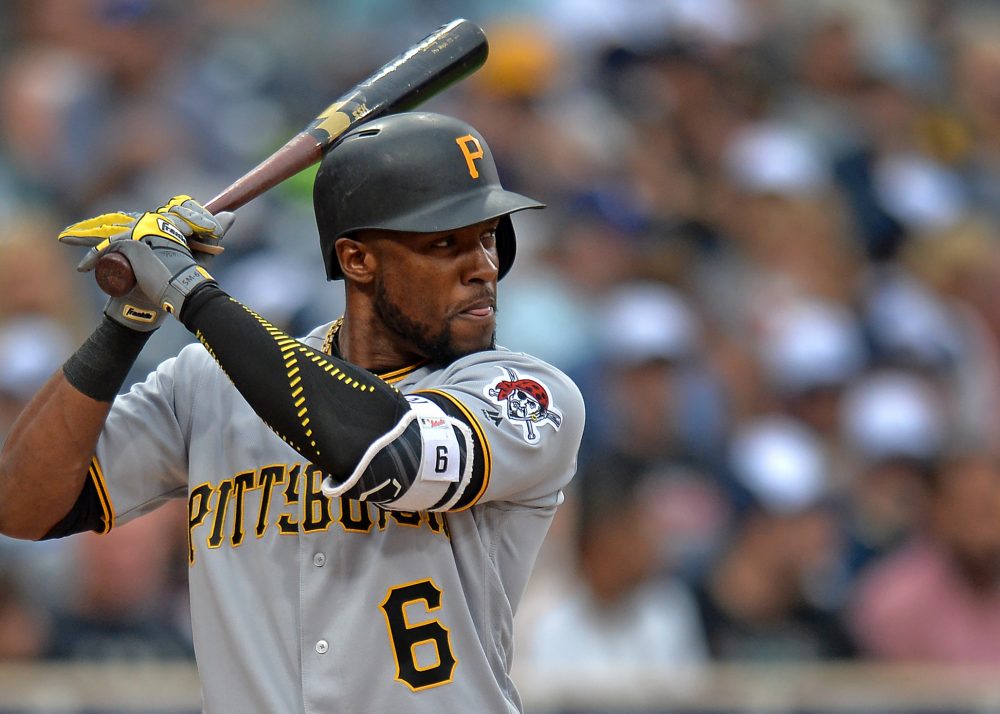 Last Sunday, I participated in the auction for my NL-only league. It’s a keeper league rather than a redraft league. Beyond that, it’s a fairly standard NL-only league. Here are some additional league parameters for context:

Let’s look at my roster position-by-position. Two numbers are included next to each player. The first is the player’s salary and the second is the uninflated bid limit from my colleague Mike Gianella’s 2018 Fantasy Auction Values (third edition).

I like Realmuto at this price, especially since catcher was quite thin in the auction. However, since it’s an NL-only league, I am concerned that he will be traded at some point, which means he might end up in the American League. If that happens, his stats will no longer count for my team. In that scenario, I would get an amount equal to his salary added to my FAAB total, but that is not much of a consolation prize. Roughly five minutes after I bought Kelly, the Cardinals announced that he had been sent to minor league camp and that they would begin the season with Francisco Pena as the backup to Yadier Molina. I would still be fine with this salary since it’s a keeper league, but due to the special rules we put in place to account for the early auction date, Kelly will go back into the player pool for the minor league draft which will be conducted once the season starts. Oh well. He was more of a 2019-2020 play, anyway.

I kept Rendon at $30 because I thought he would go for more given this league’s inflation and the fact that most inflation dollars are directed towards the players who cost $20 or more. I also like him more than most this season, so I probably would have ended up with him if he had been available at auction, somewhere around $33 or $34. I am a little uneasy with Lamb at $20 given his inability to hit like an All-Star for six consecutive months, but he’s right at inflation par. If someone had said $21, I would not have said $22. Chase Headley, however, was available at a discount because the league allocated more of its money towards the players with raw bids of $25 or more, leading to bargains in the shallow end of the pool. Speaking of bargains at the shallow end of the pool, I was waiting for someone to come at a big discount to fill my utility spot. That opportunity came very late in the draft when Frazier was the best player left on the board. Very few teams had the budget or the open position to compete for him, and the few who did didn’t feel like going into double-digits. He’s a flawed player, but at $9, he can be flawed and also turn a tidy profit.

I didn’t have to buy any middle infielders, although I could have considering Happ’s outfield eligibility and the fact that my utility spot was open. During the auction, it seemed like owners with more than one open middle infield spot were willing to chase to fill these spots, making this a bad position to find value. I love Happ as a keeper at $10. I’m hoping for a bounce back season from Villar, although he could easily earn $12 with his steals and a little power even if he doesn’t play every day. Galvis is kind of boring, but his modest power-speed combination is useful at $8.

One thing that Mike Gianella, Bret Sayre and I have in common is our love for Kyle Schwarber this season. He might not have been my biggest bargain as a keeper this year, but he’s my personal favorite. Schwarber won’t steal many bases, though. The rest of my outfield, however, is a well-rounded bunch who should be able to provide plenty of steals and a decent amount of power as well. Marte was my most expensive buy of the day at $30, which means I ended up with a balanced team rather than a stars-and-scrubs one. I suspect that Maybin will get a ton of playing time in Miami thanks to their stripped-down roster, and he’ll have the green light on the basepaths all season. Fowler is a good bet for double-digits in both homers and steals. Eaton is an interesting value play coming off a serious injury, and he could be a substantial value in 2019 since this is a keeper league.

I would have liked to have bought an ace, but the aces available ended up going for several dollars more than the inflation-adjusted bid limit I had for them. I ended up spending no more than $9 on any of the pitchers I bought at auction, allowing me to buy a killer offense. My starting pitchers are a high-variance bunch with a lot of upside and a lot of injury risk. I’ll have to be active on the waiver wire to pick up enough innings and counting stats to contend. Ramos and Swarzak were two of my favorite endgame middle relievers, and I’m happy to have them at $1 each. I made the penultimate bid on a couple of closers at the auction but didn’t end up buying anyone to complement Corey Knebel.

At the end of the day, I spent $214 on my offense and $46 on pitching, an 82/18 split in percentage terms. I don’t think I’ve ever spent this high a percentage of my auction budget on offense. It wasn’t my plan going into the auction, but I like the way it worked out. I have good everyday players at 13 of my 14 spots on offense and managed to end up with a lot of potential production with my pitching staff, albeit with a fair amount of risk. My keeper list was towards the bottom of the league coming into the auction. I definitely moved up in the standings by the end of the auction, although probably not enough to compete for first place this season. Stranger things have happened, though.

Scooter Hotz is an author at Baseball Prospectus.