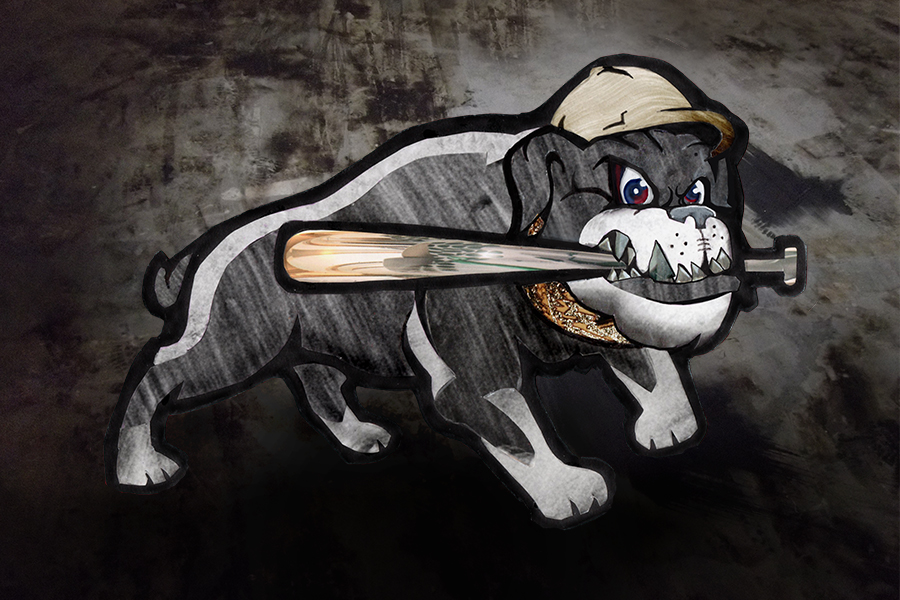 Every Tuesday and Thursday, Too Far From Town shines a light on the 42 (really 43) minor league baseball teams in danger of losing their major league baseball affiliations, effectively leaving them for dead. Today we focus on the Mahoning Valley Scrappers, a Short-Season Single-A affiliate of Cleveland’s. You could take in the previous installments here.

Peg Johnston will be fine. Don’t worry about her. Only ten of the 80 baseball games she attends each year are at Eastwood Field in Niles, Ohio. Peg can continue her post-middle school Geology teacher hobby of going to Ohio ballparks alone and resisting the urge to kick men “in the shins or whatever” whenever they are amazed that a woman is keeping score. Instead of parking her car with the license plate “TRAVEL1” behind the Eastwood Mall, only supposedly the largest retail shopping complex between Cleveland and Pittsburgh, and entering the home of the Mahoning Valley Scrappers, she’ll just head to another field’s parking lot. Sure, if her car is a Toyota she did not have to pay the $3 parking fee in 2019 thanks to the fine folks at Toyota of Warren, but the Youngstown State University Penguins will still be playing there, and scorecards are needed for college games too, last time I checked. 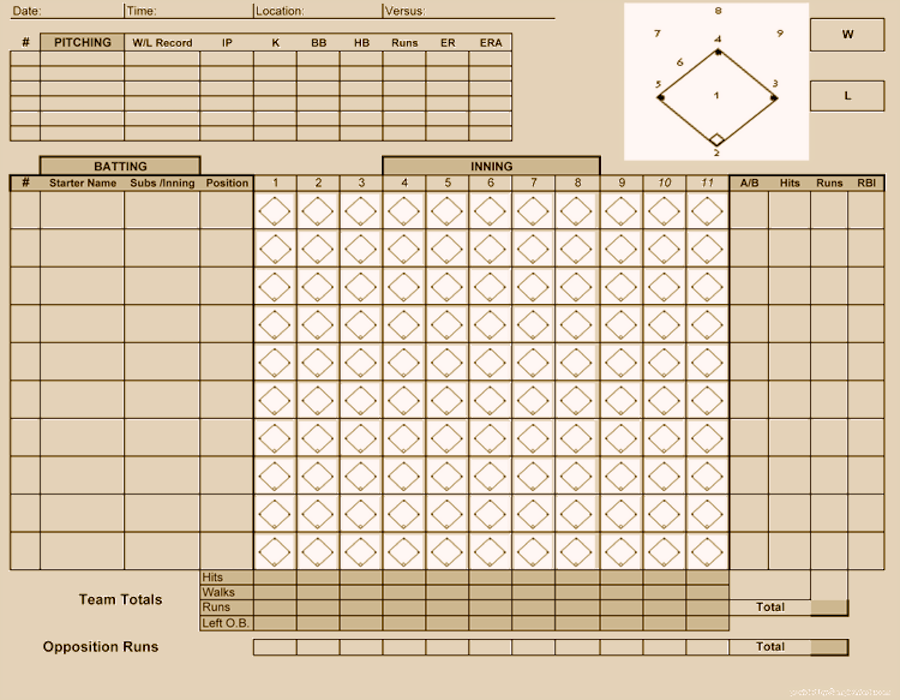 Harry Mozely Stevens and his family emigrated from Derby, England to Niles, Ohio sometime in the early 1880s, with the promise of vacancies in the steelworking trade. He first worked as an iron puddler, then a traveling book salesman. He really got into baseball, noticed the scorecards were garbage, and convinced the owners of the Columbus Buckeyes to sell the rights to making their scorecards to him, which was fortunate because he had already sold advertising space for his scorecards. His baseball scorecards are the ones we know and take for granted today. Not satisfied, Stevens also made hot dogs and peanuts a part of the quintessential baseball ballpark experience. His concession company, Harry M. Stevens Inc. (acquired in 1994 by Aramark) always claimed he invented the hot dog itself, which is very much not true. That does not stop Niles, Ohio from holding Harry Stevens Hot Dog Days. There’s cornhole and wiener dog races, so everyone just rolls with it.

In 1883, possibly when Harry Stevens first showed up in Niles, John Fowler played on the Niles Greys. He went by “Bud”, possibly because “Bud” is what he called everyone. As my colleague Steven Goldman wrote in his piece today, Bud Fowler would in a few years become one of the first Black players in professional baseball history. He was known by newspapers at the time as “a colored pitcher”, or, “Fowler, the colored pitcher of the Niles club”. One week after the Intelligencer Journal in Lancaster, Pa. referred to Bud simply as “Fowler, a negro”, they admitted he was “by far” the Greys’ best player, and Niles got their clock cleaned the other day because Fowler was not allowed to play in Carlisle.

While it’s easy to dunk on Carlisle, and by all means do so, Niles has a complicated history with race. The Trumbull County city was named after Hezekiah Niles, a Baltimore-based editor and publisher from Chester County, Pa. Hezekiah saw the Civil War coming as far back as 1820, and wrote of ways Southerners can change their plantation economy without the use of slaves in his Niles’ Weekly Register. (The South did not listen.) Yet on November 1, 1924, the Ku Klux Klan were able to march through Niles for the second time that year with a permit from the mayor. The anti-Klan group The Knights of the Flaming Circle fire bombed the mayor’s house and fought the KKK. According to the official website of Niles, there was 18 hours of “full blown rioting”, followed by ten days of Martial Law, and 104 indictments. 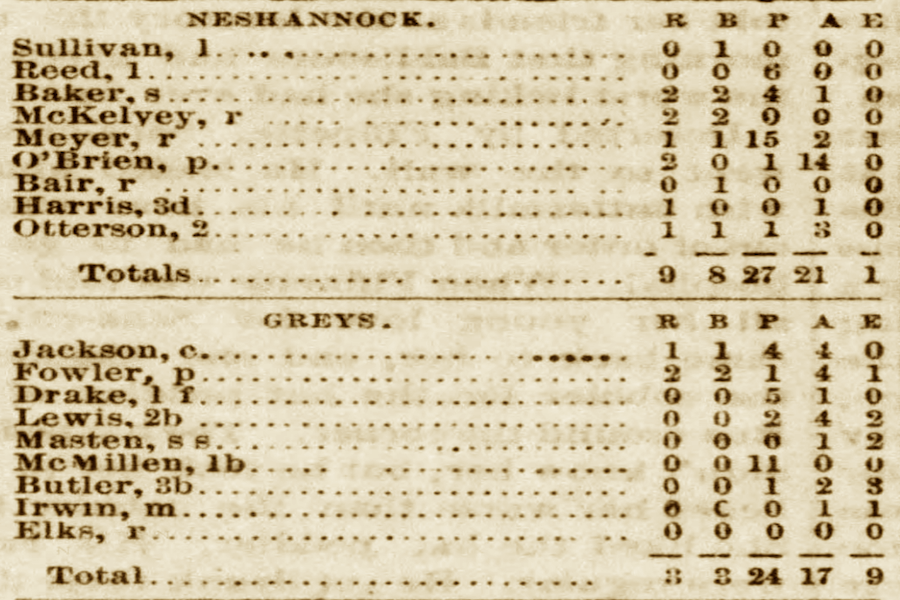 The aforementioned riot, the building of the Eastwood Mall in 1969 and Eastwood Field 30 years later make up half of the six “significant events” in city history according to thecityofniles.com, and the Cafaro Company was responsible for the latter two (Eastwood Field was originally known as Cafaro Field.) William McKinley, the 25th President of the United States, was born in Niles. He isn’t on the list.

Another notable omission from the list is September 19, 1977, when Youngstown Sheet and Tube fired 5,000 steelworkers. In 2011, Cafaro Company co-president Anthony Cafaro Jr. said Mahoning Valley had not felt the effects of the recent recession, since the area has been in a recession since 1979. (Cool.) That’s why it was a big deal when The Cafaro Company agreed to donate a part of their mall land as a potential stadium site for a Minor League Baseball team. A Trumbull County commissioner said “Pigs will fly before there’s baseball in Trumbull County.” In 1999, there was baseball in Trumbull County. On Opening Days in Niles, they release balloons of pigs towards the heavens before the first pitch. 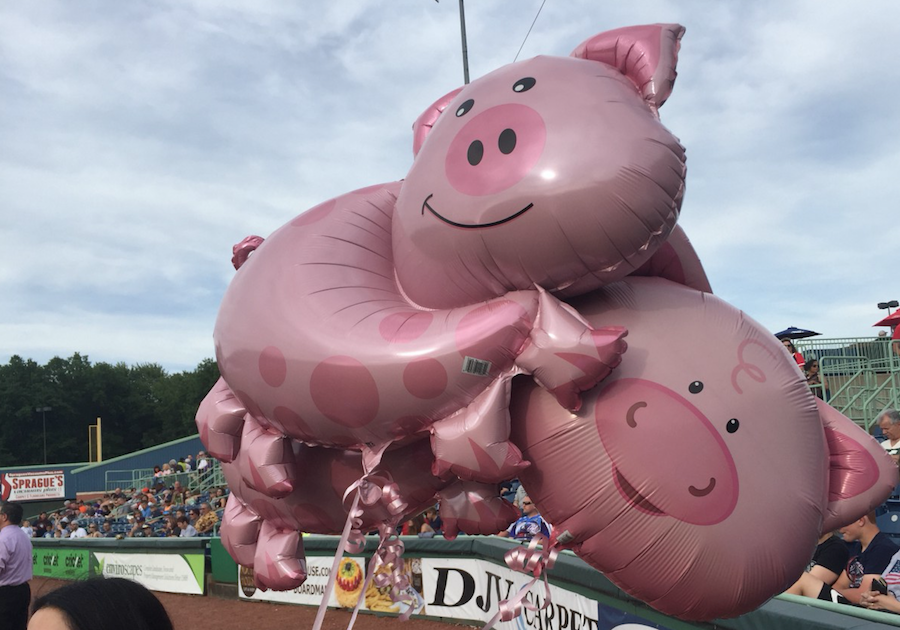 Peg was there for at least one of those helium-filled swine ceremonies. She might have been there to keep score for one of CC Sabathia’s starts during the Scrappers’ inaugural year. She might have cheered him on — Sabathia in 2018 said the fans, the community and staff in Niles made him feel welcomed (“I really didn’t want to leave.”) Maybe she spotted a future big leaguer in his battery mate Victor Martinez. She most definitely recorded some of the performances of Lonnie Chisenhall, Jason Kipnis, Gio Urshela, Jesus Aguilar, Cody Allen, and José Ramírez. Shane Bieber possibly. Francisco Lindor only played five games there, but you never know. I wonder if Peg was there in 2006 for Napoleon Dynamite night. If so, did she seek out the autograph of Efren Ramirez (Pedro)? It’s good to know that while the Scrappers might disappear, at least someone in the town named after a newspaper editor and where the inventor of the scorecard first called a place in the U.S. home helped write this stuff down, ignoring god awful pick-up lines.