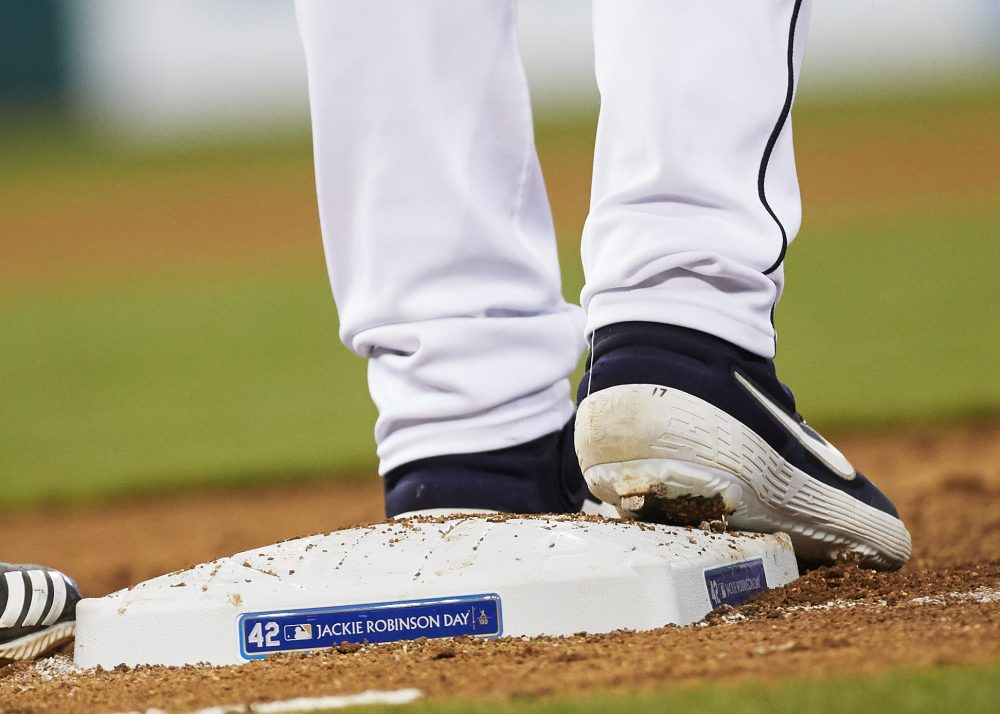 Every generation of Americans gets to decide what its version of the United States stands for. They will, through thought, action, word, and deed, define how the nation will look and act and feel for everyone in it. Sometimes they reach a point of discontinuity with prior generations and there is upheaval, but mostly they make the same choices for decades in a row. This tacit plebiscite has always been duplicated in baseball, the stakeholders of which also periodically establish a fragile consensus on morals and values and say, “This is what we stand for; this is what we believe.” At just such a time, 133 years ago today, July 14, 1887, baseball as it was then constituted acted to limit, diminish by attrition, and eventually eliminate the growing presence of Black players from the game. That is what they stood for; that is what they believed.

To say this statement of values obtained for approximately 60 years, from its formal adoption to Jackie Robinson’s first appearance in the majors (or even in the International League in 1946) would be grossly inaccurate. This was the position of baseball men for so much longer. That day in 1887 was not when racism-by-rule came to baseball, it was only the day a portion of the management was gross enough to codify what had been to that point a de facto policy that everyone understood to exist in virtually every corner of the country. What happened that day was that a tenuous island of equality was vastly reduced, but that’s all.

Segregation in baseball is detached from time like a supernatural being: It has neither father nor mother nor birthday; it simply always was, like gravity. It was there when the game’s first umbrella organization, the National Association of Base Ball Players, was born in the mid-1800s. The guns were still cooling at Appomattox when, in 1867, it adopted a resolution to reject all teams “composed of one or more colored persons.” To do otherwise, they said, would cause a “division of feeling” on “political grounds” in the Association. The feelings of integrated or all-Black teams rejected for membership were not considered.

A successor organization, also known as the National Association, governed professional baseball beginning in 1871. It was fatally flawed; in 1876 the National League rose out of its ashes. Neither of these organizations allowed Black players.* Segregation was never a stated policy; it just was. Jackie Robinson had no antecedent in these leagues. Thus the proper span of baseball bigotry is correctly reckoned as 1867-1947, or more than a typical human lifespan of those times.

Yet even that isn’t quite right due to the way many major league teams slow-walked desegregation. Thus even the most naïve dating of sanctioned racism in baseball must begin in 1867 when the first National Association banned Black or integrated teams from membership, and ends in 1959 when the Red Sox elevated Pumpsie Green to the major-league roster. We could go still further back and begin with the establishment of the National Association in 1857 and further forward, beyond the persistence of bigotry that Al Campanis revealed in 1987. This is who we were and may still be; this is what we stood for. July 14, 1887 is just a stopping point on a cruel highway.

We make note of July 14 because unlike the second NA or the NL we have a record of clubs taking explicit action against Black players. The NA and NL bans were silent “gentlemen’s agreements,” author: anonymous. The events of that day, which affected the minor International League, are clear.

The story begins in the majors with the American Association, a short-lived major-league circuit that competed with the National League beginning in 1882. (The defunct Triple-A circuit, which also went by the name “American Association,” was a different entity.) In 1884, the Toledo Blue Stockings joined the AA, bringing with them Black players Moses Fleetwood Walker and his brother Welday. The Walkers thus became the first Black players in the major leagues. They were a short-lived phenomenon because Toledo fell out of the league after one season and none of the remaining clubs on the circuit emulated them by integrating.

The next-highest classification to allow Black players was the International League. By 1887 there was a group of perhaps a dozen Black players in the league rostered on four of its 10 teams. Some were clearly star-level talents, among them pitcher George Stovey and infielders Frank Grant and Bud Fowler. Nonetheless there were repeated incidents of white players undermining their Black teammates by tanking plays behind them or ostracizing them socially (for example, in 1887 members of the Syracuse Stars made a major issue out of team photo day because Black pitcher Bob Higgins would be in the picture).

In September 1887, the defending American Association and “world” champion St. Louis Browns (they had defeated Anson’s White Stockings in a postseason series the year before; the Browns would eventually join the NL and become the Cardinals) were scheduled to play an exhibition in Trenton against an all-Black team, the Cuban Giants. Every member of the team, with the notable exception of Charles Comiskey, refused to play. The players wrote a letter to owner Chris Von der Ahe saying, “we will cheerfully play against white people at any time, and think, by refusing to play, we are only doing what is right.” (Comiskey was away nursing a broken hand so no one bothered to ask his opinion, but he deplored the action when he heard about it.) Von der Ahe immediately released the entire roster and punted them out of their hotel rooms. Naturally, they were all subsequently rehired.

There were also incidents in which the presence of Black players on a given team caused their opponents to revolt, most famously when Cap Anson of the White Stockings (the future “Cubs”) tried to block Fleet Walker from participating in an 1884 Blue Stockings exhibition against his team, an effort which failed, and a subsequent successful effort, three years later, when Anson insisted that Walker and Stovey, by then with Newark of the International League, not play against his team.

Anson prevented the Walker-Stovey battery from playing on July 14, 1887. That same day, International League owners, taking note of such controversies and perhaps of critical comments like that made by the newspaper Sporting Life (“How far will this mania for engaging colored players go? At the present rate of progress, the International League may ere many moons change its name to ‘Colored League.’ ”), forbid their teams from signing any additional players of color. “African players,” they claimed, “drive white men from the league.” Those players of color who remained theoretically could have kept playing, but they dropped out under pressure. Despite a track-record of success—with Fleet Walker and Bob Higgins on hand, Syracuse took the 1888 IL pennant—no one tried to stop them. And so July 14, 1887 is cited as an inflection point, but it was merely a day in which an already-extent policy in so many leagues claimed some of the last prestigious bastions of baseball in which Blacks could play.

It was the age in which Reconstruction was overthrown, the age of Plessy v. Ferguson. These were the values that the majority of white Americans possessed: Black equality didn’t matter, and as a corollary to that belief, Black players didn’t matter. These values reigned for a very long time. In all those years, few whites stood up and said, “This is wrong,” not because there aren’t always those ahead of the moral curve, but out of fear that many, many more people would shout them down, saying, “This is right.” By the time most of those 92 years had passed, a reassessment had finally begun. It resulted in changes that are to the nation’s eternal glory: Jackie Robinson, Larry Doby, Don Newcombe, Roy Campanella, and all the subsequent generations not just of Black players but all players of color who followed them; Brown v. Board of Ed; the Civil Rights Act; the Voting Rights Act.

* – There was a strange and controversial one-game exception, William Edward White, a Brown University student who played one game for the NL Providence Grays in 1879. White, the mixed-race son of an enslaved woman and her captor, was likely passing as white at the time so, as far as anyone in the NL knew, the color line had not been transgressed. Nevertheless, it is arguable that White was the first Black player in the NL.

Sources for this essay included (but were not limited to): The Cultural Encyclopedia of Baseball (Jonathan Fraser Light); “July 14, 1887: The Color Line is Drawn” (Peter Mancuso); “Out at Home” (Jerry Molloy); Early Innings: A Documentary History of Baseball, 1825-1908 (Dean A. Sullivan, Ed.). Additional thanks to John Thorn for the consultation.

You need to be logged in to comment. Login or Subscribe
Edward Martin
Thank you, Steven!
Reply to Edward
NY Expat
Further reading: A very long article about Cap Anson’s role:

I’ve only gotten about 20% through it, but so far I think it’s good. Rosenberg, from what I can tell from Goodreads reviews, is extremely attentive to sources and details from them, seemingly to the detriment of narrative. I’m fine with that, but YMMV
Reply to NY
dukeandduke
Bill Veeck Jr. tried to rectify this before 1947, and was denied ownership opportunities both pre and post 1947 by the “old boys club” ownership.

George Halas was instrumental in implementing and sustaining segregation in the NFL, in part due to the success of rival Chicago Cardinals star Duke Slater banned from the league “for the good of the game”.

Was proud our family were White Sox and Chicago Cardinals fans.
Reply to dukeandduke