As would be expected from a president known both for his storied hunting career and his prolific conservation efforts, Teddy Roosevelt spent quite a bit of time writing about animals. Book after book on his safari trips, his perspective on the “life histories” of the creatures he hunted, his feelings on the majesty of animals in general. In most of his writing, there is a level of respect so strong as to feel wholly incompatible with the fact that he is often writing about the animals in question only to describe how he killed them.

But Roosevelt did not write very much about rabbits, and never with the aforementioned respect. His children kept a rabbit by the name of Peter as part of their sprawling White House menagerie, but there is no significant documentation on the president’s feelings toward the animal. The ordinary cotton-tail rabbit receives more than a passing mention in his writing just once, in a short passage found in his 1885 book Hunting Trips of a Ranchman:

Easily shot at all times. Edible, but better suited as wolf poison. Peter Cottontail has been reading and waiting and on Sunday, he took his revenge.

Pedro, a Popcorn Box, and the Taxonomy of Fame

Fame at the lower rungs takes two forms. There’s the Warholian sense, in which it bursts and engulfs like the flames of a Food Network chef looking to get some requisite “Ooh”s and “Aah”s from the audience. And there’s the Who? Weekly-an sense, where celebrity lurks half-submerged in the consciousness, invisible and ever-present. The former type is what you associate with brand cash grabs (Ken Bone, anyone?), and immediately becomes uncool, whereas the latter has the unifying power of kitsch. Though there is a minor cottage industry dedicated to chronicling the most…unique minor league baseball promotions, it is in actually meeting these second group of people where the non-baseball incentives of the minor leagues are strongest.

In 2004, the awkwardly comedic film Napoleon Dynamite was released, and my elementary school was taken by it. It was arguably as cool as my wardrobe highlighted by jeans that could unzip at the knees to turn into denim shorts. (Arguably.) Lines were recited with fervor, and a group of students duplicated Napoleon’s iconic dance scene for our talent show the next year. Five years prior, I was enthralled by the construction of Eastwood Field, which was to play host to the Mahoning Valley Scrappers. Never in my youth did I imagine that these two worlds would collide.

But, on August 2, 2006, I was in attendance for the Scrappers’ Napoleon Dynamite Night, complete with an appearance by Pedro himself, Efren Ramirez. Already 30 years old when the film was released, Ramirez was quite literally a man among boys in the film. I was too young to remember, but I can only assume that was what my fellow Ohioans fans felt watching C.C. Sabathia jolt through the Indians’ farm system with a quick stop in the Mahoning Valley, an obvious anomaly of talent compared to the players we were used to seeing.

But Sabathia had to have known that where he was headed was stardom of the highest level – did Ramirez project a summer night in the years following his breakout role spent behind a plastic table in a town of approximately 20,000? I have to think that behind his genuine demeanor, that he did not. I was still a neophyte in accumulating autographs, and so when it was my turn to approach him, I looked at what was in my hands and thought, Well, this’ll do. My circus-striped popcorn box was extended to Ramirez, and he kindly swished a signature off with a Sharpie.

I don’t recall being starstruck to the point of inaction, but I also know that I lacked the insight to grasp the trajectory of the situation. From Sundance to the synecdoche of the Rust Belt. From making a cult favorite to discovering that part of that cult is having you sign a popcorn box. But you know what? This is the beauty of that rung of celebrity, and of minor league baseball. Everything is real. There are no entourages or meet-and-not-greets. You’re face-to-face with somebody who’s been in a movie. You might be a family choosing to host a future superstar. In moments like these, the humanity that links us all comes into focus. Yeah, I could do that, too, you think. And why not? 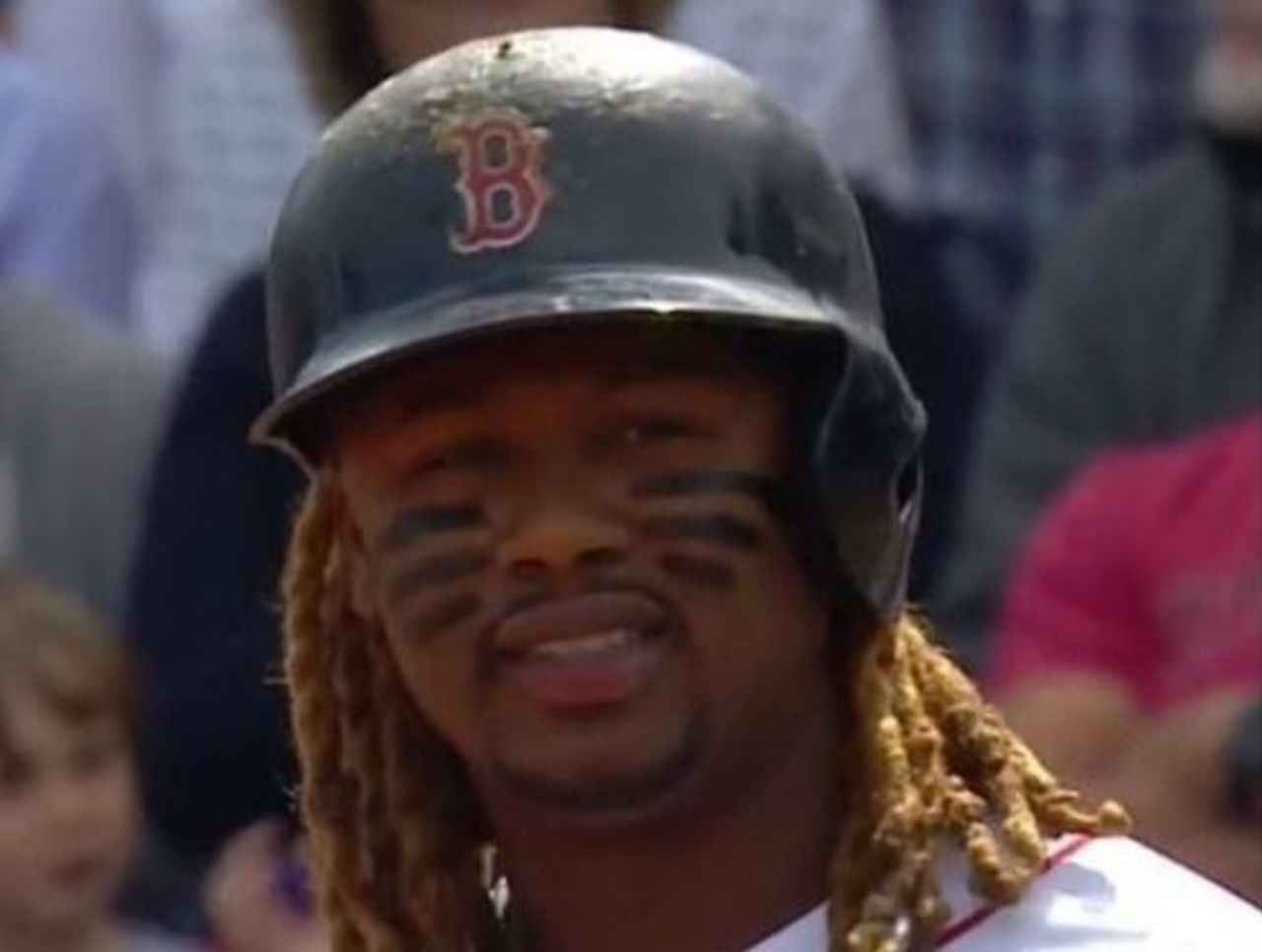 He liked it so much that he decided to stick with it on Monday. Perhaps it is meant to look like bunny whiskers; perhaps kitten, or otter. Whatever it is, whiskers tend to be attached to fluffy, cuddly, joy-making things, and Hanley’s eye black had a similar effect, giving me something to smile about on a dreary, rainy Monday here in the Pacific Northwest. As individual expression continues to get squeezed out of the NFL, MLB should embrace this opportunity to encourage creativity among its players. Below, some suggestions to get things jump-started: 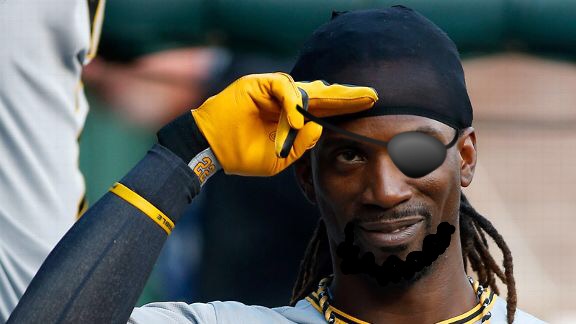 Sure, it’ll limit his ability to see while roaming around the outfield at PNC park, but the costs will far be outweighed by the benefit of such a strong show of team support. After all, the best way to paper over an uncomfortable trade scenario is with ample eye black. Avast, McCutchey!

Speaking of a strong show of team support: 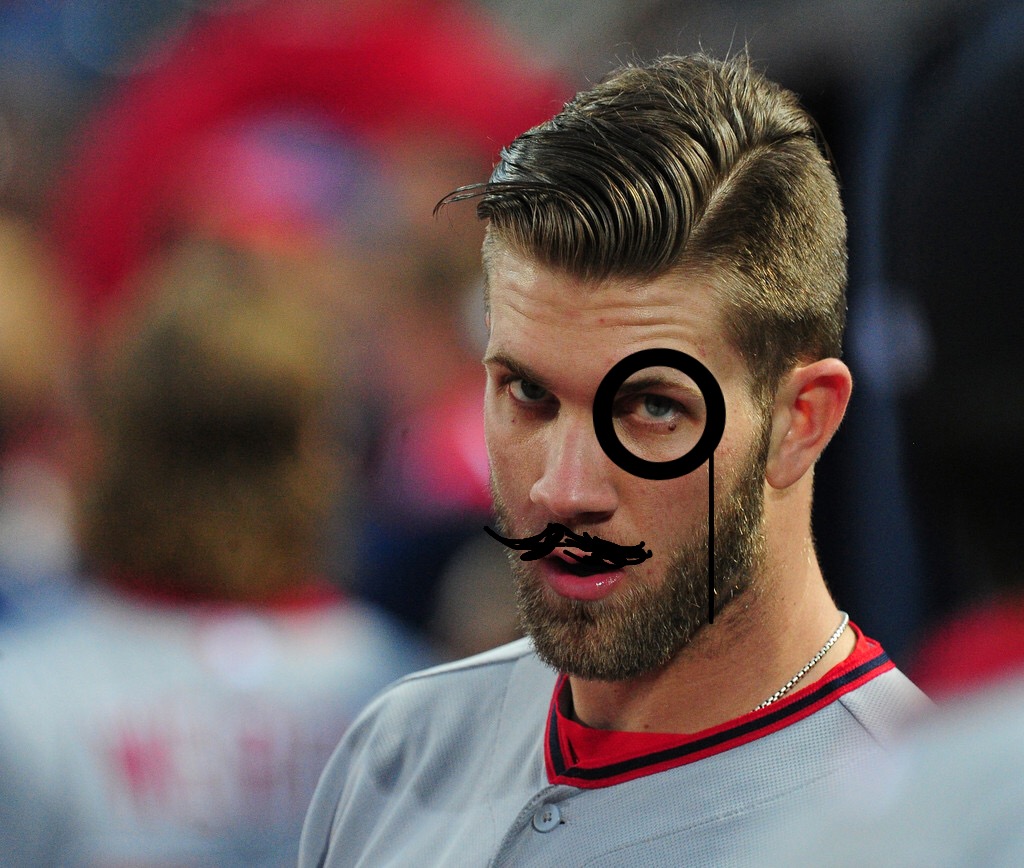 Not only does this eyeblack pay tribute to one of America’s greatest presidents, it also gives young master Harper a modicum of gravitas. I predict thinly-veiled jabs at his hair from opposing announcers to experience a 30% drop with this eye black configuration. Bonus: in case Mascot Teddy isn’t able to recover from his harrowing encounter with the Easter bunny, it’s like a built-in memorial patch.

As the WBC showed us, players never forget who they really play for–their countries of origin. The mild-mannered James Paxton has been instructed to play with a little more fire this year. What else to help rile up the player Mariners fans nicknamed “Dadgut” only two short years ago? 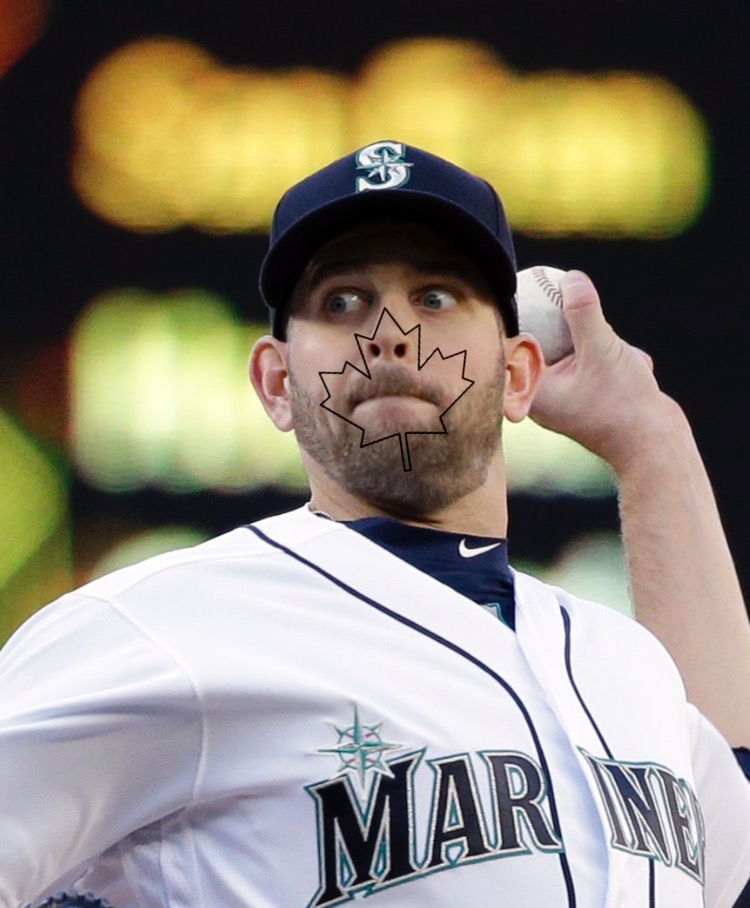 Beyond affiliation, eye black can also speak to a player’s personality. Football players are masters at sculpting their eye black into various terrifying visages–panther claws, death masks, creepy clowns–but how to represent the light feet, delicate yet deliberate route running, and breath-taking beauty of watching Kevin Kiermaier flit about the expanses of the Trop? 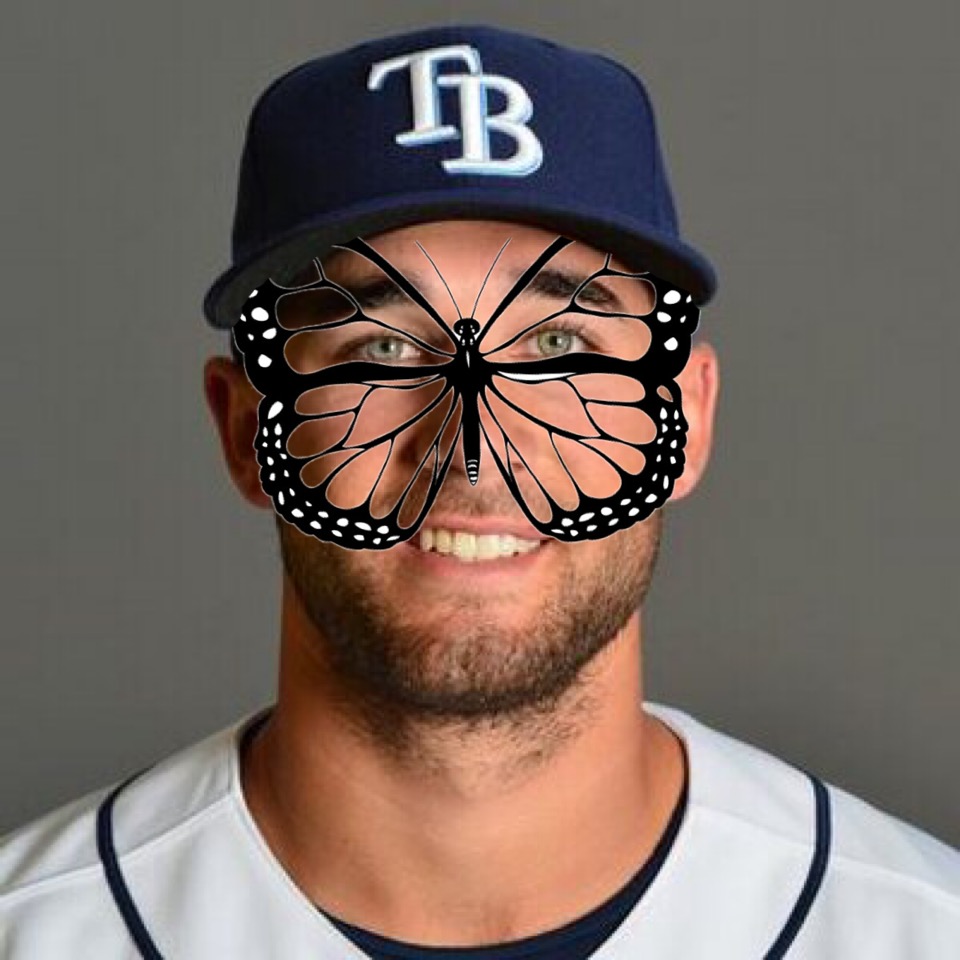 As this trend catches on in MLB, you know it will become a challenge for players to outdo each other. Yoenis Cespedes, in addition to being a trend-setter, always has to be a little extra: 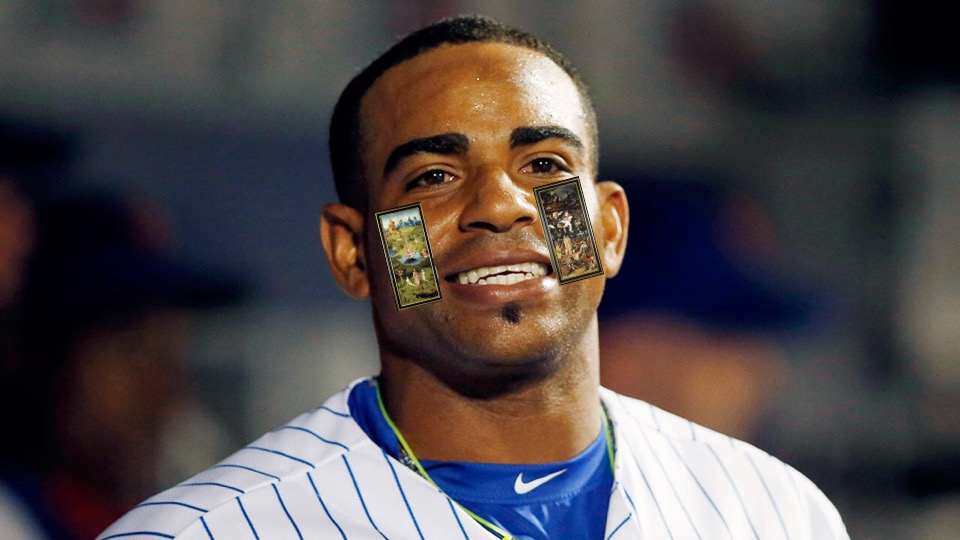 You got it–that’s the two outer panels of Hieronymous Bosch’s triptych The Garden of Earthly Delights. Who knew Yo was such a fan of the early Netherlandish masters? It makes sense, though: those two magnificent pillars he calls eyebrows are fitting pediments for some serious eye black art.

You need to be logged in to comment. Login or Subscribe
Severe
Having just seen that Bosch painting for the first time in person three days ago, I found the third of these shorts disproportionately amusing.
Reply to Severe