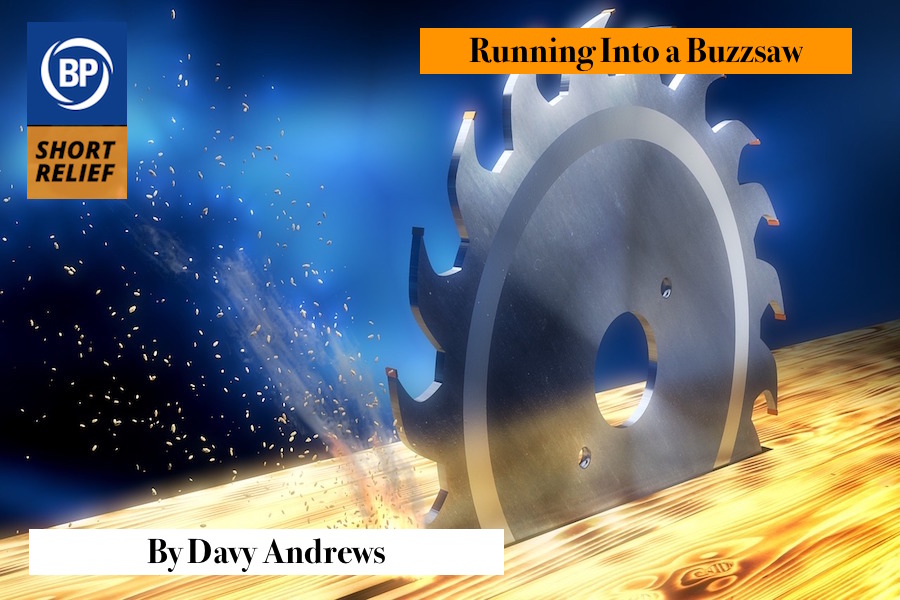 The buzzsaw snarled and rattled in the yard.

That’s how Robert Frost’s “Out, Out—” begins: The buzzsaw snarled and rattled. It is almost certainly the greatest poem ever written about a kid cutting his hand off with a circular saw.

Sadly, those outs in the title have nothing to do with baseball, and refer instead to the famous passage from Macbeth:

And all our yesterdays have lighted fools
The way to dusty death. Out, out, brief candle!

Robert Frost is big on maybes. He likes to do this thing where he tells you how something went down, and then he goes back and says on second thought, maybe it went down like this. The kid with the hand — sorry, the kid without the hand — is no exception. The saw,

Leaped out at the boy’s hand, or seemed to leap—
He must have given the hand. However it was,
Neither refused the meeting.

It’s a good thing to remember; that the truth is often muddy, and cause and effect can be hard to determine. Maybe the better team won; maybe the other team just blew it. Or maybe it’s just that somebody had to win and somebody had to lose. Nobody was planning on losing (except the Marlins).

Plans fizzle out in all sorts of ways. Maybe we get busy and forget. Maybe we scratch and claw but lose in the end. But sometimes we don’t even stand a chance. Sometimes the universe decides that we’re going down without a fight, and those plans are snuffed out before we even know what happened. There’s a phrase for that, and it’s a good one. It’s called running into a buzzsaw.

Stephen Strasburg is familiar with both the expression and the feeling. “It’s kind of tough to say what’s going to happen in the playoffs,” he said recently. “You have a great year, and you can run into a buzzsaw. Maybe this year we’re the buzzsaw.” 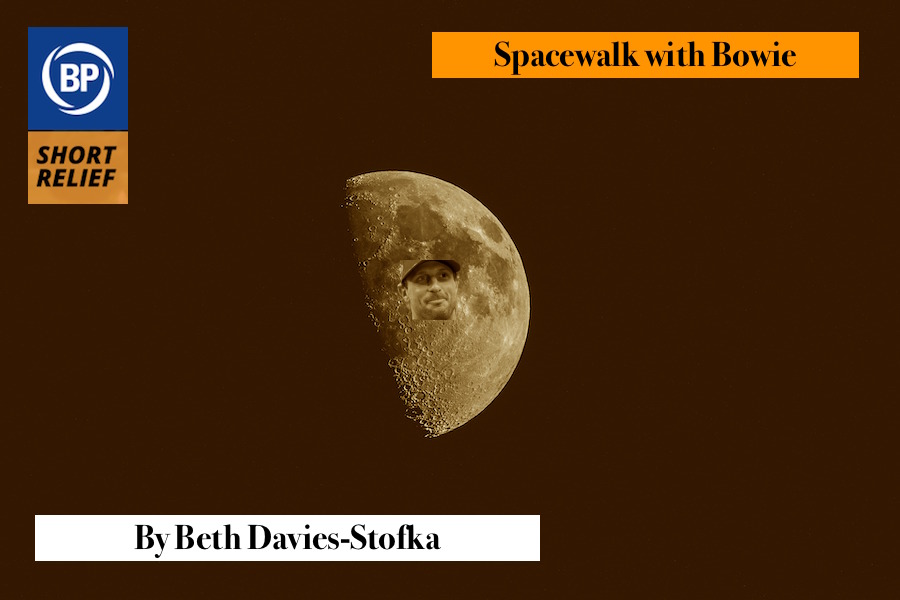 When I asked David Bowie for a lyric he said,
“I’m going to teach you to write one
instead.
“Being by looking in the eyes. Look in mine.”
And he opened them wide, in the poster
near my bed.

“At the center of it all there’s a mirror. See your eyes.”
Mine are wide open and I can see what’s inside.
I have two different-colored eyes.
Colors that hide, standing still, testing time.

Brown eye’s heel is stuck in the grate.
Green eye just folded. She’s out of the game.
Don’t tell David Bowie. He never stayed stuck.
So I make us suits from the wind and the dust.
I take us on long walks to look at the moon.
We see a man’s eyes on it, one brown, one ice blue,
with K’s for the irises, and warmth in the smile.
Winning is wizardry, that’s Bowie’s style.

I asked for a lyric, and here’s what he said,
“Now you can write one for me instead.”

Okay, so I’ve started, and here’s a preview:

But if Max can’t pitch? Now what do I do?
Does love still win? 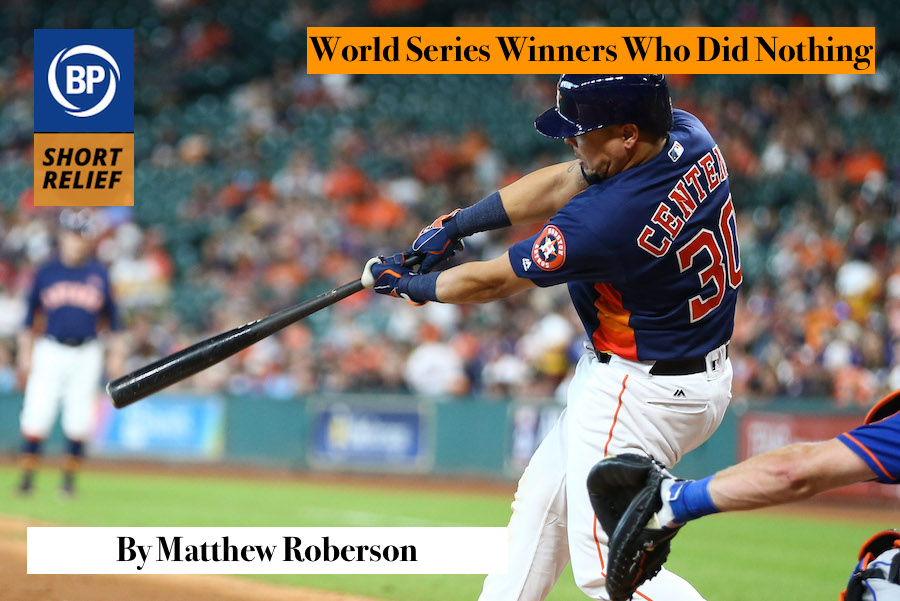 Seemingly every year in the World Series, some previously unknown player steps up and has the week of their life, cementing their cult hero status and earning a shiny new rock for their finger. But what about the players who also get a ring but don’t do a whole lot in the process? The ones who get the same grade as everyone else in the group project even though all they did was start a Google doc. These are some recent and relatable legends of World Series lore who mostly just had really good seats for each game.

For some reason the Astros brought three catchers to the 2017 World Series. One of them was Juan Centeno. All he did was watch.

Quintin Berry only had nine plate appearances during the 2013 season, none of them in the playoffs. Berry made the Sox roster for one reason: he was very fast. As such, he pinch ran in Game 4, promptly stole second base, and wasn’t seen again until the ring ceremony.

José Mijares’ most famous contribution to postseason baseball is probably allowing a walk-off home run to Mark Teixeira in the 2009 ALDS. He got the sweetest possible redemption in 2012 though: winning the World Series while barely having to break a sweat. Mijares’ entire effort in the 2012 World Series consisted of throwing three pitches and getting Prince Fielder to ground out in a game the Giants were already winning 8-1.

One of the most remarkable World Series of all time featured probably the least remarkable performance of any player in its history. Matt Holliday sprained his wrist in Game 6. The Cardinals ruled him out of Game 7 and essentially put him on a one-game injured list, allowing them to replace him on the roster. The man they chose was Adron Chambers, who did not play but did get to participate in all the celebrating that comes with winning a Game 7 at home.

San Francisco was looking to widen their lead in the eighth inning of Game 2. A two-out single by Buster Posey led to four straight walks and an Edgar Renteria RBI single. With the pitcher’s spot due up after Renteria, the Giants had Mike Fontenot ready to rock. Except for the Rangers made a pitching change after Fontenot was announced as the pinch hitter, and upon bringing in a lefty, forced Fontenot back to the bench. Fontenot did not play for the rest of the series but is listed as having gotten into one World Series game, even though he didn’t actually do anything.

Will Michael A. Taylor (one plate appearance so far this series) and/or Brian Dozier (1 PA, 2015 All-Star!) join these legends? Stay tuned.