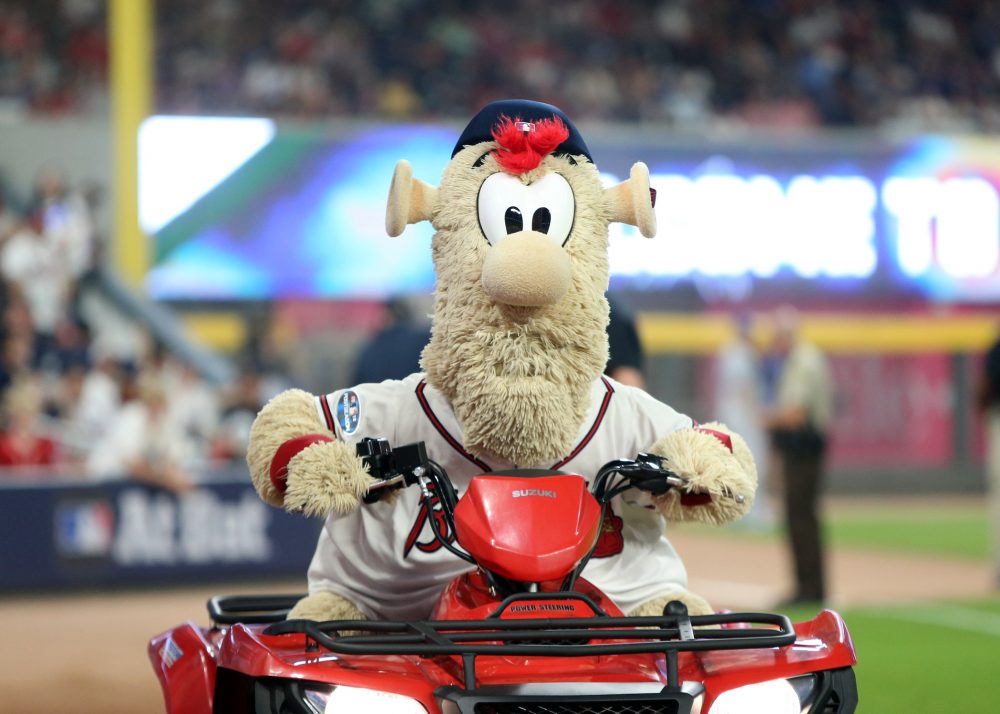 It seems a bit anachronistic that, in an age where more people are constantly recording, reproducing, adding music to sports sequences, we have seen the blooper reel in its death throes. Once a charming and goofy way to understand that even those at their physical peaks, whose actions we almost have to pay to imagine ourselves doing, are subject to the same whimsical forces of fate as the rest of us, the blooper reel has all but disappeared.

We are, instead, both privy and subjected to a constant, unending stream of gifs, forever looping and forgotten as soon as they are pushed off of a timeline by a subsequent tweet. We are tracking and cataloguing more mistakes and mishaps than ever before, we’ve developed a lingo around these types of compilations (supercut), and routinely identify our own moods with a representation of someone else’s failure. And yet…

And yet the blooper reel has been left to die on the, well, vine. It was part of the connective tissue between generations, almost entirely unchanged over decades aside from the quality of the video. The same gaffes committed by different players, the same bubble gum bubble resting atop some unsuspecting doof’s cap. Is it because we’ve lost our sense of pure, unbridled mixups — left instead to dive ever-deeper into an ocean of irony? Are we so imperiled by the unceasing assaults on our being, our ways of life, our senses of justice that the prospect of stacking these brief moments of levity atop one another and devoting a couple minutes to mirth is just too much bother?

It’s hard to blame us, if this is the case. We have access to so much video on a nightly, hell, even hourly, basis that it’s easier to let the individual goofs and whoopsadoodles wash over us like so many raindrops than it is to patiently wait for a compilation to be shown to us at the end of the eighth inning.

Or are we just more caring than before? Not interested in laughing at others misfortune if they’re unwilling to laugh at themselves, too careful about mocking the mortal, feeling creatures who test their abilities for our amusement? No, I spend time on Twitter. This is not it. Schadenfreude is alive and well.

Another culprit? The disappearance of the DVD. Everything is streaming and as far as I know no one actually buys those year-end seasonal remembrances that would contain either team or league-specific reels. Or perhaps it’s just that we’ve maxed out our blooper intake? Did we reach peak blooper when a ball bounced off literally a giant noggin and over the fence for a home run? Or when a man ran through a wall? Did Chad Qualls spill during his celebration render us numb to future numbskullery? It’s tempting to say that when you’ve seen one ball thrown over a second baseman’s head and into the vast expanse beyond, you’ve seen them all. But I don’t think that is our cause either; after all, why would fatigue suddenly set in now, so many decades later?

I think the answer — and this is not to blame, but simply to attempt to answer a difficult question — is social media. It’s not merely the presence of these gifs and mishaps at a moment’s notice, but also that even when we’re alone in the comfort of our homes, we’re also, simultaneously, sharing our lives with each other, including these stupid mistakes made by professional athletes.

This doesn’t mean that there isn’t a place for blooper reels. I think there is. I think that we can enjoy these gaffes together, in the shared space of a ballpark, between innings where our attention can be redirected without missing any action. But I think the active desire to have them is diminished at all times by our ability to find them whenever we want, even though we probably won’t. It’s a bit like Facebook in this way. If you’re constantly kept abreast of the lives of your acquaintances on a superficial level, or have the ability to see what they’re up to recently, you probably won’t be compelled to catch up over the phone, or get brunch together.

Please, don’t mistake this as a “millennials killed blooper reels” column, because it isn’t. There’s no bitterness in the paragraph above, just an observation of behavior. When something is plentiful and available, we crave it a little less and go in search of rarer things to sate our appetites. So there’s no blame here, but there is some wistfulness for something we’ve lost. It’s not the individual clips, which are in abundance. But much like a good stand-up routine, there’s a sense of momentum in a blooper reel. Each one building upon the last until we’re giggling like a bunch of maroons at a ball flying out of a players hand before they’ve realized they’ve lost it.

We’ve seen the same phenomenon play out in similar circumstances to a blooper reel — namely SB Nation’s GIF Tournament. But even those put some onus on us to click and watch and laugh, to build our own momentum. So while I transition peacefully into an old man longing for the joys of his youth, I want to recognize these superhuman athletesand their dumb, hilarious, public mistakes because they were the best thing in baseball this week.

You need to be logged in to comment. Login or Subscribe
Christopher Schaffner
I liked the one where the guy sliding into second is attacked by a tiger.
Reply to Christopher