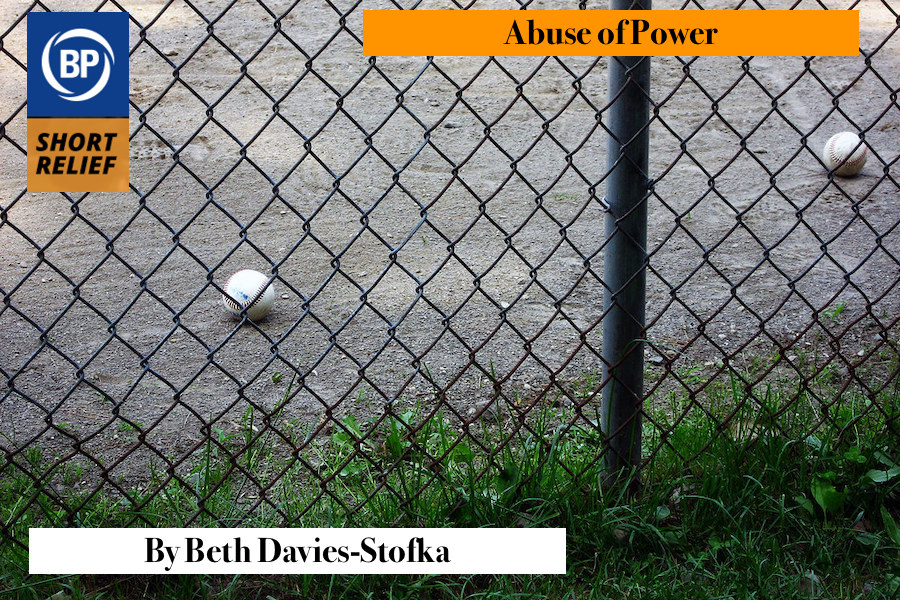 With thanks to my husband Steve Stofka for sharing his story.

It was 1967, and I was a senior in high school earning extra money by umping 5th-grade little league games. They only paid for one umpire per game at that level, so I covered the entire field from a spot behind the pitcher. There were no rules about protests over balls and strikes, but I could call a team in default if non-players came onto the field during an at-bat.

I was working a game on a Sunday afternoon when a kid hit a hard line drive down the third-base line. I hustled toward third base and motioned “fair” as the ball shot into the outfield, but then it took a vicious curve and landed foul. The coach of the fielding team came running out onto the field and protested. The league encouraged us to keep reversals of our calls to a minimum, but I knew he was right so I reversed the call and waved the batter back to the plate.

Then the coach of the batting team came running out, followed by one of the parents. They started yelling that I was the worst umpire in the league. I knew I would lose my job if I got into a fist fight with the parent, and meanwhile, the coach came within a foot of me. He was about my height but bulkier, and I was really afraid he would come after me. I knew I couldn’t take him. So I just tried to keep calm. I kept my voice low and measured, the way I thought an umpire should. I was grateful when the other coach helped settle him down.

The scene stuck in my mind because it was the first time I saw an adult come unglued. I was used to kids losing control. We got into fights and we yelled and screamed at each other. But I was not used to seeing that kind of behavior from an adult.

In the next few years, I would see many examples of it. I saw police beating peaceful protesters on the streets of Manhattan. I witnessed undisguised anger against this new generation, one that dared question authority and the president’s right to wage war around the world. I was the victim of frequent pat downs, and will never forget the slaps of a nightstick on the insides of my legs, designed to get a reaction, just giving them an excuse.

Despite his threats, the coach never did file a complaint with the league. He probably forgot the incident as soon as the game was over. But I was young. I kept the memory. 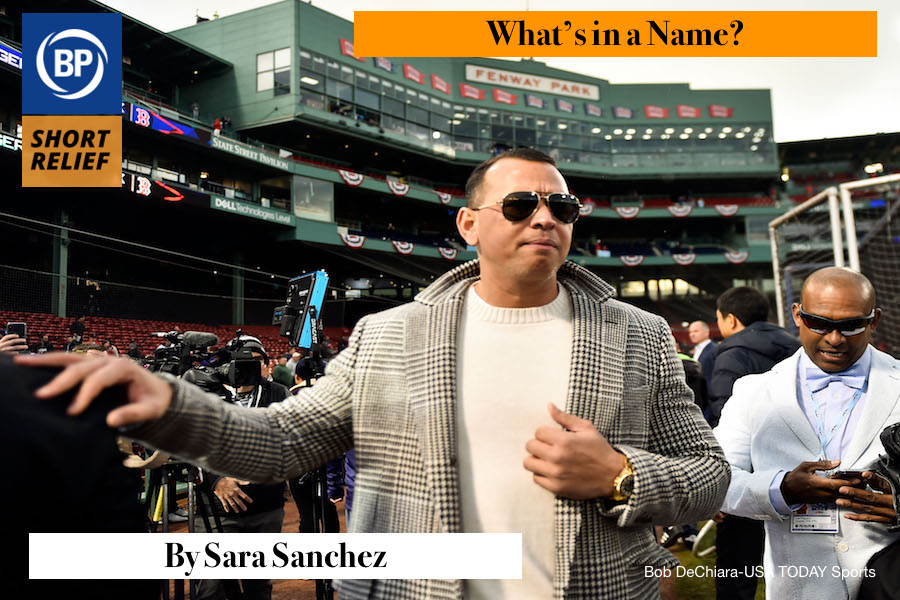 The crowd outside was sizable and clearly very excited, but it was almost more notable for how unbothered everyone in my coffee shop was by comparison. I ordered my nitro cold brew like I always do and asked the barista what the commotion was about.

Now, on the list of things I’m interested in, baseball is one of the very few things that eclipses my morning coffee, so as I waited for my drink I walked to the window of the coffee shop, giving me a perfect view of Alex Rodriguez recording an interview with his daughter.

I also had a perfect view of the hundreds of fans clamoring for a view of the man who’s traveled from phenom, to All-Star, to Fox and ESPN broadcaster while experiencing fame, disgrace and everything in between. After all, this was a player who signed not one, but two, of the largest contracts in sports history. The player who pitted the Red Sox and Yankees against each other in one of the most dramatic trades in baseball history. And the player who served the longest PED-suspension in league history when he missed all of 2014 for his role in the Biogenesis scandal.

Rodriguez had once worried he’d never recover from that suspension, yet here he was with a veritable entourage behind him. They wanted his attention, they wanted an autograph, they wanted a smile. As he wrapped up recording he signed a ball here and a hat there before pushing his way through the crowd. He had so many assistants carrying wardrobe changes behind him it was hard to tell where the paid assistants ended and the crowd of fans began.

I snapped a couple of pictures for my father and brother, who I love dearly despite their insistence on being Yankees fans, and wondered if maybe baseball had finally solved its star power problem. After all, ARod seemed to have mastered celebrity in retirement at least as easily as he once mastered playing shortstop, third base and a swing that resulted in 696 home runs.

My drink was ready, and as I grabbed it the barista asked me if I knew the name of the man holding court outside their coffee shop.

She handed me my drink, turned and yelled loudly to the back “See! I told you his name wasn’t Alan! It’s ALEX!”

I headed home with the realization that baseball probably still has quite a bit of work to do on the celebrity front after all. 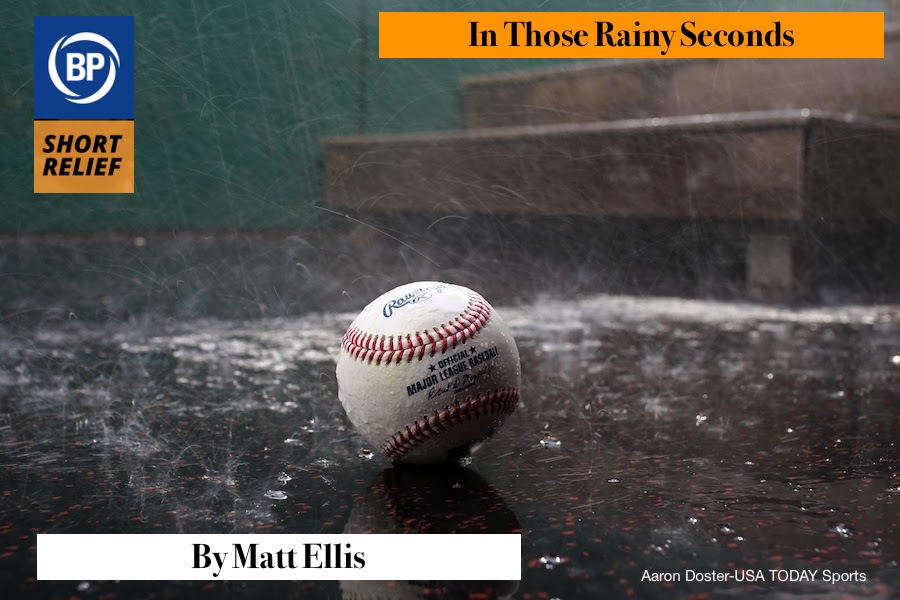 I was standing on first base after slapping a very rain-soaked yellow ball up the middle of the infield. It hit the ground a couple of times, water leaping out from the ground with each bounce as if awoken from a deep slumber, and then the ball quietly rolled to a stop in shallow center. Had my weather app been correct and we were playing under the sun it would have been an out. But we were down ten runs, and so I decided to take what came as it would, knowing you don’t get an asterisk for a weather-related mishap.

The summer league I play in is a vague mix of graduate students and members of my local community. It is the local residents who really know what they are doing, with the exception of a few teams of science students (it’s always the science students). The joke is the rest of us stumble back ashamed to our basement offices after losing by thirty runs to read more useless abstraction in the hopes that we can channel our expertise into a dwindling number of jobs, as the half-century-long assault on the university continues unabated into the 21st. But there I stood, defiant.

I shared a few quick jokes with the defender and to be honest, I can’t exactly remember what happened afterwards. I know I was called out, but it happened fast: I was more interested in chatting, and then, suddenly, I wasn’t. The rain that had delayed our first inning made all our clothes heavy, but for some reason the desire to get it over with turned everything that came after into instrumentality, as if inevitability was stitched into each and every muscle twisting and turning, each joint bending and arm extended.

I’m not sure why it was those few seconds I remember the most: I remember what the air smelled like – sticky, but as if something in the grass was blossoming after the water fell from the heavens. I remember my left leg hurt right about where my sock met my kneecap in the front, and I remember feeling my shirt merging with the flesh in the small of my back, an eternally dripping stream of sweat that came instead from the sky instead of my body. I remember kicking around the browned white plastic bag with my foot a little bit, moving it more in line with second base and the foul line to ensure it lined up in an accurate manner, and I remember what it sounded like when the pitch that forced me to run met the swinging metal. I don’t remember exactly what happened afterwards, though, but I do remember that the moment lasted, what, maybe thirty, thirty five seconds.

Afterwards, I went home, and checked my email and thought about how everything that’s coming feels like it will last a century, both here and there, in perpetual becoming. I prefer the former.