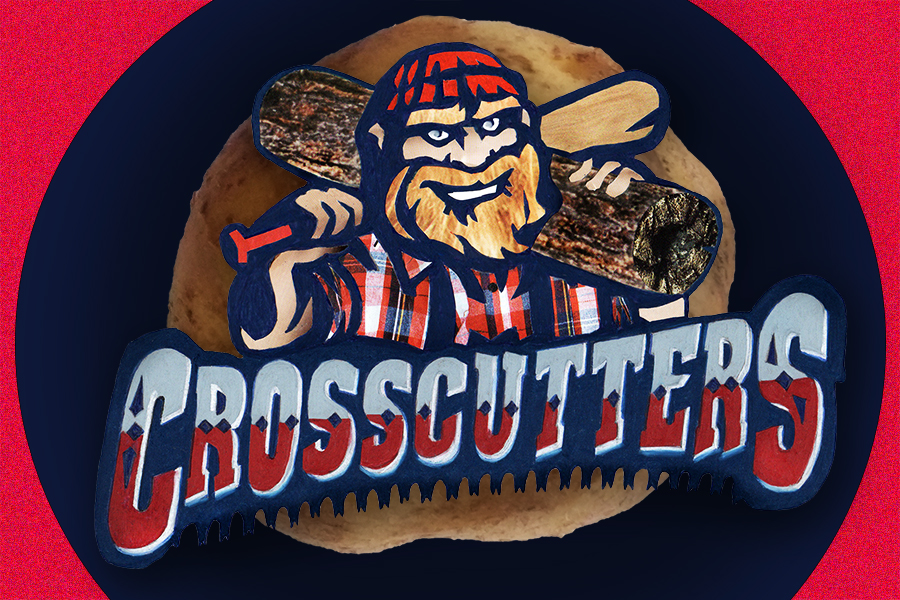 Every Tuesday and Thursday, Too Far From Town shines a light on the 42 (really 43) minor league baseball teams in danger of losing their major league baseball affiliations, effectively leaving them for dead. Today we focus on the Williamsport Crosscutters, a Short-Season Single-A affiliate of the Philadelphia Phillies. You could take in the previous installments here.

More than ever we lie, denounce the proliferation of lies, give more amplification to those lies, and spread the universe with lies. Disneyland since the day it opened its gates has been and remains to be the grandest lie of all. Behind any enterprise working the “Happiest place on Earth” side of the street comes a rich undertow of stories provided by former employees, more than happy to go into detail of the shady, or just plain humanity, that goes on behind the curtains. (And don’t get me started on the “It’s a Small World” ride. If I start I can never stop, just like the “It’s a Small World” ride.)

In the baseball world, this place is Williamsport, Pa.

Williamsport is the home of the Little League World Series. We all know about the age controversies and the foot dragging of letting girls participate, but did you know that Carl Stotz founded Little League Baseball in 1938? It says so on the official website. Did you know that has been disputed by brothers George and Bert Bebble? In 1985, George convinced the Williamsport City Council to stop the mayor from commissioning a bronze statue of Stotz and two boys. He insisted on a statue of Stotz, himself, and his brother, or no statue celebrating Little League Baseball at all. Other than that, George kept out of any league-related activities for most of his life. A court order booted out Stotz of his leadership position thirty years prior to Statuegate.

Okay, but what about Williamsport itself.

We get a little murder every once in a while, but nothing out of the ordinary.

That was how Howard Baldwin, a “friendly, elderly” man, described his hometown of Williamsport to a New York Times reporter in 1986. As you probably guessed, that was an understatement. By the early 1970s, the Little League World Series helped give Williamsport a reputation as a quaint, innocent town. An Allentown-based company decided Williamsport would be the ideal place to send alcoholics and drug addicts to complete their treatment programs. Some of those sent to Williamsport stuck around. More recovering alcoholics and addicts went there to start over. Some of those people were Black. Williamsport was about 99 percent white during the year of Statuegate. By 1991, the percentage of Black people was up to five to 10 percent. As the Black population grew, fliers promoting the Ku Klux Klan began to appear.

“Residents are worried about crime more than ever, but the crime rate was actually higher in 1979 — before the greatest wave of newcomers — than it was last year,” Williamsport Police Chief William F. Miller said in 1991. “There is a lot of fear in this community. Every crime that’s committed, everybody wants to blame it on the influx people, but it’s not true.”

There’s thankfully been progress. According to the 2010 Census, 13.1 percent of the 29,381 residents of Williamsport were Black. This past January, Derek Slaughter became the town’s first Black mayor. But last month, a group of about 15 white supremacists — most armed — attempted to hold a rally in Williamsport’s Brandon Park. Among the many pathetic and hateful things they said was a racial slur referring to Slaughter, who denied the group a permit. “Several young people” however advanced toward the supremacists and yelled back at them. The neo-Nazis quietly left just as a bus full of more cops arrived.

Even if race was never an issue, it still makes little sense for Williamsport to lose their MLB affiliation. It was only three years ago when Major League Baseball invested a lot of money into Bowman Field, the second oldest ballpark in the minors, for the annual Little League Classic, which is scheduled to continue next August. Yet the Crosscutters found themselves on The List, the one that you may recall officially consists of teams with “unsatisfactory ballpark conditions”.

Besides, Williamsport isn’t a total lie. There is a youthful, for lack of a better word, “silly rascal” vibe which emanates from Bowman Field from time to time. Sometimes, a lie is fun.

Like any good harebrained scheme, it started at a bar. The Williamsport bar of Joey’s to be exact. It might be the same Williamsport bar where Clint Hurdle, manager of the 1991 Double-A Williamsport Bills, met his future wife. It might have been a different Williamsport bar. Either way, Joey’s was definitely the place where Bills teammates and roommates Dave Bresnahan and Rob Swain were drinking beers one night in 1987. Both summer and the Bills’ season were winding down, and Bresnahan and Swain’s team were already eliminated from playoff contention. They saw a report on one of the TVs about cheating in baseball. Weeks earlier, umpire Tim Tschida caught Joe Niekro with an emery board and ejected him from the game. Dave, the Bills’ backup catcher, the great-nephew of hall-of-famer Roger Bresnahan, the man credited as the first catcher to ever wear shinguards, remembered reading of a player in the low minors trying to pass off a potato as a baseball at the turn of the 20th century, when Williamsport’s prosperous reign as the lumber capital of the world began to wane. Bresnahan and Swain somehow got Tschida on the phone and asked him what he would do if he caught someone using a potato for a baseball in a game. Tschida said the worst case scenario was he would get ejected. Dave checked the official rulebook to see if it was technically illegal to use a potato. It was not.

The next stop for the 25-year-old was Weis Market. The produce guy grew suspicious when Bresnahan emptied an entire bag of potatoes looking for the “right” one. He was paranoid enough to not tell the confused employee what he was up to.

He went home and peeled the skin. On Monday, August 31st, Bresnahan brought the naked yam to Bowman Field. A doubleheader against the Reading Phillies was scheduled for that day. A doubleheader meant a backup catcher would definitely be in one of the lineups. Bresnahan’s name was penciled in for Game 1. In the 5th inning, Rick Lundblade reached third base. Bresnahan called for time. He went to the bench and swapped out his glove for one with the smuggled potato inside. Bresnahan returned to his position. He called for a slider away. Bresnahan caught the baseball, then fired the potato to Swain, the third baseman. Bresnahan accidentally made a great throw, so Swain had to move out of the way for the spudball to find its way to left field. Lundblade ran home. Bresnahan greeted him with the baseball. He tagged him out. Chaos, as they say, ensued.

One of the umpires, the one from New York, was the first to state the obvious. “He threw a f—ing potato!” Phillies manager George Culver protested, of course. Home plate umpire Scott Potter ruled Lundblade safe, giving Reading a 2-0 lead. Bresnahan was charged with an error. “[Potter] said you can’t get another ball,” Bresnahan recalled. “I said, ‘That wasn’t a ball, that was a potato.’ Then he was even more upset.”

But Tschida’s worst-case scenario technically didn’t come to fruition — Potter didn’t eject Bresnahan. But manager Orlando Gómez took him out of the game once the inning was over. Bresnahan never played professional baseball again.

Gómez seemed to be the only person remotely upset about the potato prank, but boy was he pissed. He referred to the incident as “an unthinkable act for a professional” and apologized to the Reading Phillies. “We weren’t that upset, really,” their manager Culver insisted. “We thought it was kind of funny.” He joked Bresnahan only should have been ejected because the potato was scuffed.

After the game Gómez called Jeff Scott, Cleveland’s director of player development, still angry over what happened. As Gómez told Scott the story, Scott had to put the phone away from himself a couple of times because he did not want the manager to hear him laughing.

Scott informed Bresnahan he was released the following day, but not before Gómez fined him $50. Bresnahan’s teammates offered to pay the fine. Instead, Bresnahan dumped 50 potatoes on Gómez’s desk and put one in every locker.

The day after that was the final game of the season. The Bills held a promotion: if you brought a certain vegetable to Bowman Field, you only had to pay $1 for your ticket. Bresnahan was there. He signed “This spud’s for you” on potatoes. Over 100 people brought one.

The Bills ran the promotion again the following Memorial Day. This time the infamous play was reenacted, and Bresnahan’s #59 was retired. At that point Mike Hargrove, not Gómez, was managing the Bills.

Mike Bresnahan figured he was never going to make the big leagues by the time he brought in his produce contraband. But at least at first, Bresnahan was kind of annoyed he didn’t at least get to play out the rest of the season.

“Steve Howe got five chances to play this game after using drugs,” he said a week after it happened. “I was just trying to have some fun playing minor league baseball.”