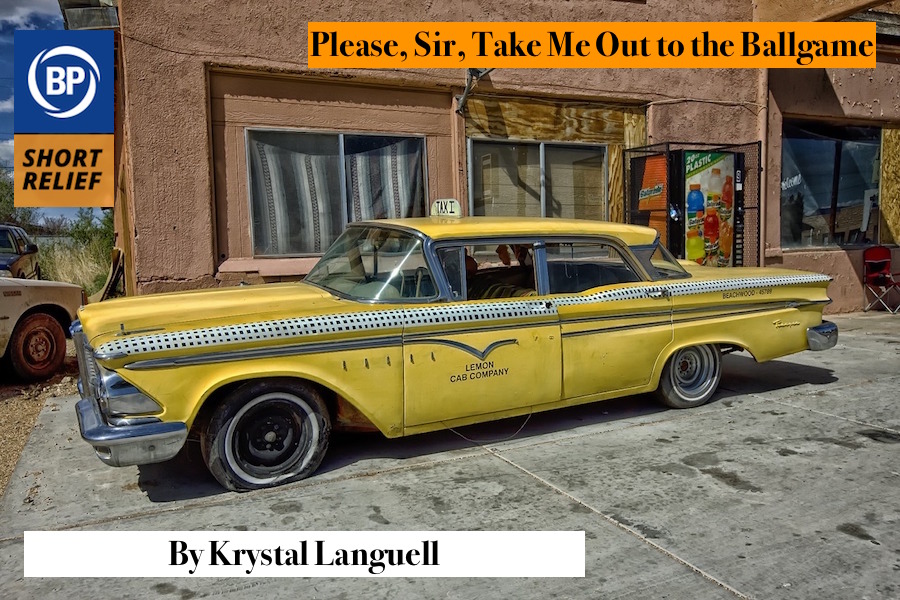 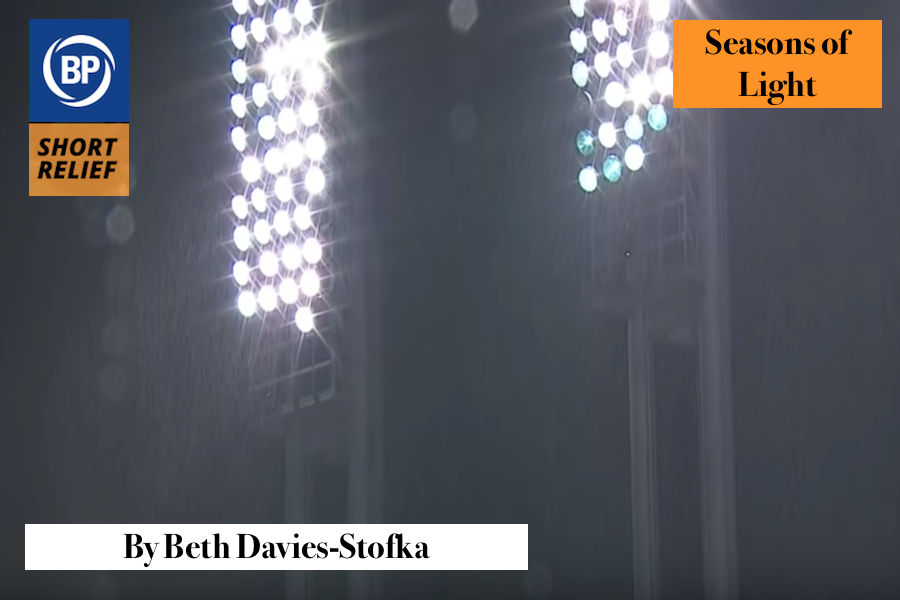 “It’s not getting better and I don’t think it can.” I ached with her sadness. “What about Christmas?” I asked. She loved the season of light. She would wander around town for hours, taking in the bright holiday displays in the streets and bars. When I first met her, she would trace those displays in her very soul, and return home so radiant that I married her. Now she gazed out the window, a thousand miles away. She was slow to reply. “It looks like rain,” she said.

The deeper we went into September, the more I worried. That morning, I’d found her poring over the standings. “Look,” she said. “Only eleven days left in the regular season.” As in years past, she was crossing off the days on her calendar, ranking key series, exploring possibilities, making predictions. I knew she’d give herself over to the television that weekend to watch the most promising games. She would absorb herself in the rhythms of fortune and luck. But I knew she would do it without joy. The joy of years past was gone.

“Let’s go to tonight’s game,” I’d suggested. In twenty years of marriage, I’d never seen her as happy as she was at the ballpark. “Okay,” she’d said, and so here we were, sitting on the train, the park coming into view. “Everybody leaves,” she said. I wasn’t hurt. Anything could reignite her fitful fears of abandonment. Especially the cruelty of a dying mother. I only wanted to sit with her patiently. I would never be the one to leave.

I squeezed her hand. “Baseball does the same thing every year,” I said. “You can count on it. Let yourself count on it.” She squeezed my hand. “What will I do the day after the World Series?” “You’ll count on me,” I said. “I’m not going anywhere.” I looked at her face in the window, troubled. It looked like rain.

As the team took the field, I gave her a raincoat; I’d brought the blue one she got in Dublin. One pitch, two pitches, the game was underway and she never sat down. I watched her watching the game, her body swaying gently in blue. She watched a strike out, a walk, a double play. She watched balls fly into mitts in right field. She listened to the organ and traded stats with our neighbors. When the rain began to fall, it sparkled in the stadium lights. It sparkled on her cheeks. I brushed a drop away and she smiled. 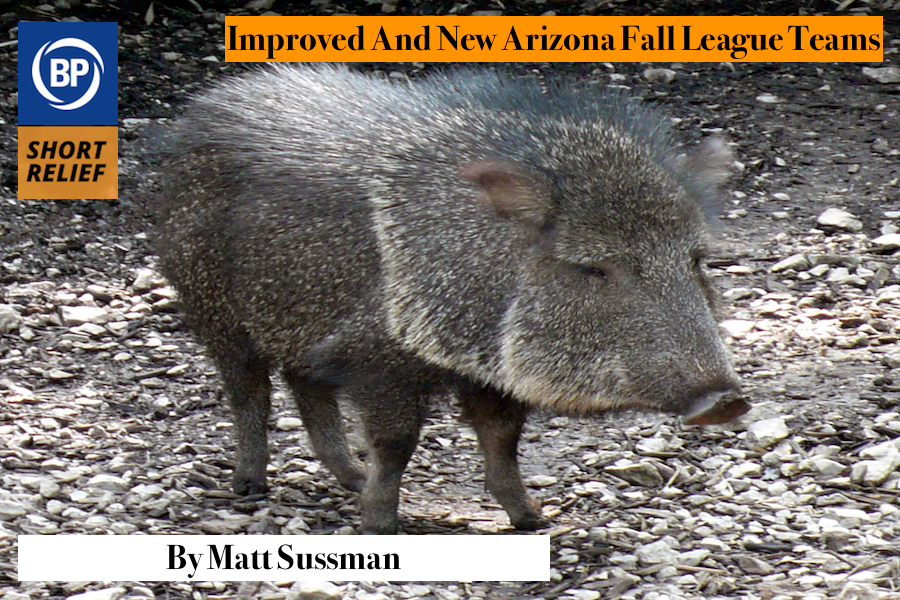 In case you weren’t paying attention to the seasons of the northern hemisphere, the Arizona Fall League, which is basically Comic-Con for baseball scouts, began this week. There are only six teams throughout the metro Phoenix area. They are the:

Those are six absolutely solid team nicknames, and none of the six have changed since the league’s inception in 1992. The locations have been jiggled about the state, and I don’t want to deprive any suburb of their month-long prospect party. So as much as I may want to relocate one to Sun City or Goodyear or Gilbert, we’re just going to rearrange the nicknames for optimal optics. Meet your improved and new Arizona Fall League:

Mesa Javelinas — A “javelina” is a pig-looking creature that’s definitely not a pig and therefore not a feral hog, so don’t bother looking which team has gone 30-50 in their last 80 games. Unlike pigs, they are not a domesticated species and enjoy traveling in herds so you could certainly visualize a bunch of javelinas just hangin’ out on a mesa, minding their own business. Mesa is also the third largest city in the state behind Phoenix and Tucson, so javelinas all over the dang place that would make for some fun commutes.

Glendale Solar Sox — Glendale is home to two of the area’s four pro sports stadiums, the NFL and NHL. Naturally, they are going to need outdoor lighting to get you to those facilities, and what better way to illuminate the pathways then solar-powered socks.

Surprise Scorpions — Pardon my French but what really fromages me off about this entire setup is that, for one glorious season (2005), they were in fact the Surprise Scorpions, perhaps the most frightening combination we have. They won their division. Brandon Wood hit 14 home runs and was a mortal lock to be a superstar.

Scottsdale Saguaros — A saguaro is a cactus, and most importantly, it remains alliterative to their original name. I simply have never been surprised by a saguaro, and neither have you.

Peoria Desert Dogs — The effectively remaining city and nickname pair, picked last in dodgeball somehow go well together, because they otherwise have no choice. A “desert dog” is an actual thing, and it’s just a phrase that sounds nice. For that, it’ll play in Peoria.

You need to be logged in to comment. Login or Subscribe
Llarry
Matt, I'm with you on your reasoning. Saguaros are never surprising. Scorpions always are, and not pleasantly. My wife is an architect here, and dealings with Surprise are often surprising (and not always pleasantly). The decision to not try other city names is also a good one -- Sun City Solar Sox would be Too Much Alliteration.
Reply to Llarry