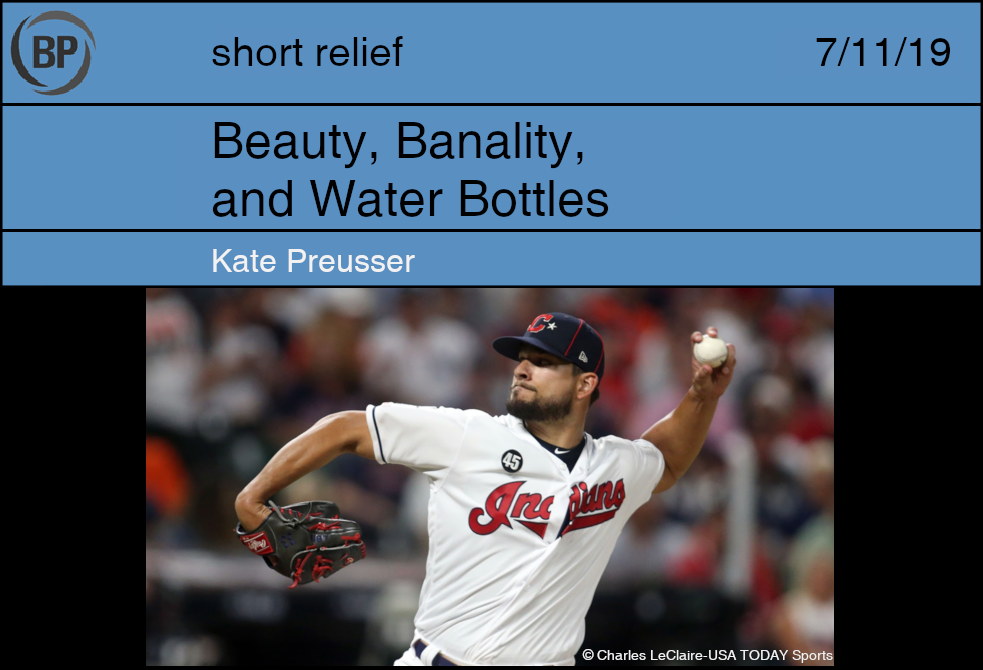 The joy of playing in the All-Star Game: being recognized as one of the best among your peers, the opportunity to rub shoulders with the best in the game, introducing yourself to a national audience.

Of course, that introduction also comes with a risk, as that audience, curious about this new star on the horizon, can scan a digital footprint and quickly render judgement as to whether a player is deserving of veneration or ripe for cancellation. Sometimes this digging can unearth surprising treasure, as was the case for USWNT player Rose Lavelle, who is both a World Champion and the lone person on the planet who is good at Twitter.

And then there’s Brad Hand:

Brad Hand, more like Brad Bland, snarked the internet, although some found Hand’s simple tweet “pure” and “refreshing,” much like the very liquid contained within the vessel praised in his tweet. Personally, I will be naming my Hydro Flask in my will, so I see where Brad is coming from here, although also, I have not tweeted a paean to my Hydro Flask, and were I to do so, would call it by its Christian name and not the generalized “water bottle.”

Also: “I like.” Not “love.” Just “like.” The banality of the subject is matched by the banality of the tone, something I would seize on in a writing class as a teachable moment regarding the imitative fallacy.

But perhaps I would be wrong to do so. Currently I am reading Devotions, a collection of Mary Oliver’s poems. If you are not familiar with Oliver’s work, first, remedy that immediately, as she is required reading, even for those who think they don’t like or don’t “get” poetry – maybe especially for those people. Oliver’s style is clear, direct, rooted in the observable world; her poems are simple in the way prayer is simple. If a Mary Oliver poem were a piece of furniture it would be a Shaker chair, beautiful without adornment, and useful, necessary even. Her poems give one a place to sit in the world. Many of them focus intently on one small thing: a blueberry, a bluebird, a patch of Queen Anne’s lace, and in those small things, the entire world is reflected. Mary Oliver demands every blade of grass be given the intense attention it deserves, implicitly but sometimes also explicitly, as in her poem “Sometimes”: “Instructions for living a life:/ Pay attention./ Be astonished./ Tell about it.”

Since reading those words, I have tried to put them in action. Some days, some are easier dictates to follow than others. It’s the first part that’s hard, in this era of information saturation; all the lights on the switchboard are on at once, all the time. But if you can get that part down, the next two parts flow easily from the first. I pick up my water bottle, which allows me to carry water around with me rather than cupping my hands in a stream, and think about the millions and millions of molecules contained within, molecules that would rather be running riot throughout the world but are instead penned in here so I may have a cool drink on a hot day, and I am appropriately astonished. I hope Mary Oliver and Brad Hand would be proud. 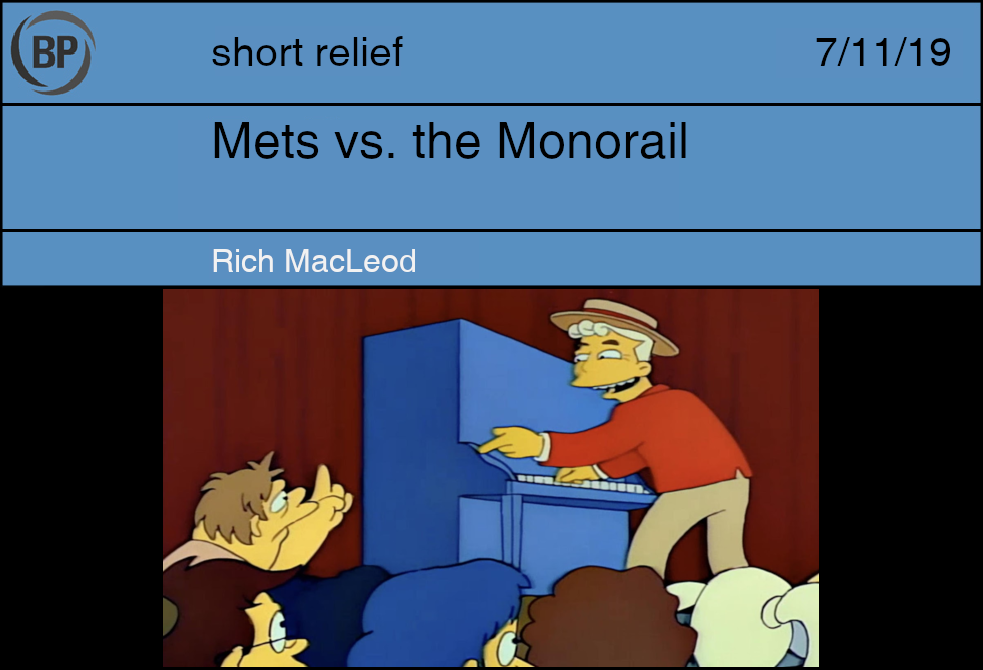 The dull roar of a room filled with people draped in orange and blue slowly quiets as the show is about to begin. All eyes are on the empty podium on the stage as Mets owner Jeff Wilpon enters from stage right.

WILPON: In a moment. First, let’s review the topics of our last meeting.

This time, multiple fans get out of their seats as the room quickly grows restless.

METS FAN 3: Get to the moneyyyyy!

WILPON: Very well. We will now hear suggestions for the disbursement of our payroll, of which a mere $20 million remain before the luxury tax.

Mets manager Mickey Callaway stands up from his seat with his right hand raised.

CALLAWAY: Excuse me, we could use that money to fortify our starting rotation depth.

Pitching coach Dave Eiland stands up, clasping his hands together as he gathers the courage to speak.

EILAND: Pardon me, but I would like to see this money spent on more relievers. I have been blamed for too many blown saves and it could cost me my job.

An older Fred Wilpon stands up in the back of the room.

FRED: Sure, we could fix our pitching staff… We could put all our eggs in one basket…

The crowd of Mets fans cheer at the thought of finally using this money to fix the team’s biggest issues.

FRED (Cont’d): Shut up! I wasn’t done yet. I’m just saying we could blow all our money on some stupid pitching depth, but—

The older Wilpon is cut off as the excited group of fans lifts him over their heads in joy. For the first time in years, things are finally going to turn around in Flushing. Chants of “pit-ching depth!” ring through the town hall auditorium when a door in the back of the room suddenly flings open.

Standing there is Brodie Van Wagenen, former sports agent, in a well-tailored suit. The room comes to a complete silence.

VAN WAGENEN: You know a team with money is like the mule with a spinning wheel. No one knows how he got it and danged if he knows how to use it.

The room erupts in laughter.

VAN WAGENEN (Cont’d): The name’s Van Wagenen, Brodie Van Wagenen. And I come to you people with an idea. Probably the greatest… You know what, it’s not for you… It’s more of a Philadelphia idea…

WILPON: Now wait just a minute, we’re twice as smart as the people of Philadelphia! Just tell us your idea and we’ll vote for it.

Van Wagenen jaunts his way down the aisle between seats and breaks out into song.

A piano slides onto the stage and Van Wagenen begins to play. The crowd chants “trade, trade, trade” in the background.

EILAND: I hear those things are awfully risky.

CHILI DAVIS: Is there a chance Canó could bust?

VAN WAGENEN: Not on your life, I need your trust!

CALLAWAY: What about Kelenic and Dunn?

VAN WAGENEN: Don’t think like that, you’ll ruin the fun!

VAN WAGENEN: Ah who cares, come get us!

The crowd comes to their feet and dances along.

VAN WAGENEN (Cont’d): I swear it’s Flushing’s only choice, throw up your hands and raise your voice!

A lone reporter comes up to the foot of the stage. The music continues.

REPORTER: But our pitching’s still all thin and broken.

The crowd lifts up Van Wagnenen and pours out onto the street as the musical number comes to a close.