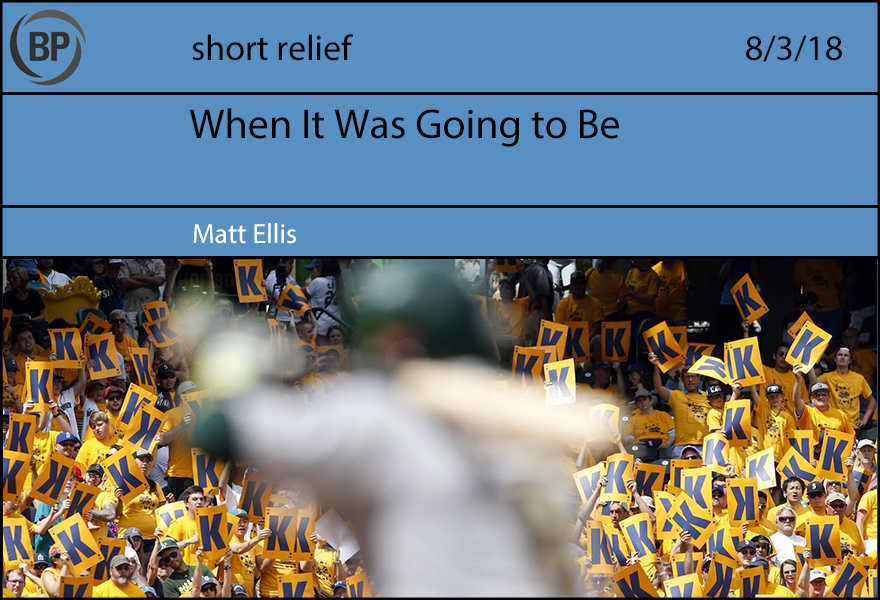 I don’t remember the name of the bar. I do remember it was late, though, and I also remember not really wanting to be in Clackamas with coworkers on a Saturday night. But funny things happen when you are in your mid-20s working a job that seems designed to suck out all your bone marrow and then spit it on the ground and then sew you back up and tell you to keep on keepin’ on it’s all good! even though you’re hollow inside, and it hurts to move your arms. You make friends with the other hollow people. Sure, it doesn’t matter that you have nothing in common with Jessica, outside sharing a general feeling of misery from nine in the morning until six at night. It doesn’t matter, because that’s someone who knows you better than perhaps even those who share the blood that runs in your veins. You’re there for them, because they were there for you.

I remember it was late because the Mariners were still playing baseball, and I remember thinking that was strange. I did not remember that it was a game against the Boston Red Sox until I searched for it online a moment ago, arriving at this information only because when you Google “Chone Figgins Walk Off Mariners” it is the seventh result, sitting there, staring back at you out from the nothingness that is Back Then. See, I remembered that part, because that part was something worth remembering. That is a thing that lands up in your head and carves out a spot in a filing cabinet, tossing aside some random Érik Bédard starts and Daren Brown postgame comments because, what’s that movie called? A Thing to Remember?

Anyway, I don’t remember what I ordered, but I’m sure it was a beer of some sort. I probably spent the evening in the corner watching the final inning of the game through glances, not really paying attention but giving it enough so as simply to be made aware of the final result. Mariners 3, Red Sox 2. 34-46. Last in the AL West. .181/.238/.275. I wasn’t even mad, it was just so perfectly and beautifully Mariners. I probably watched the end and thought huh! or what are the odds?, and then went about the rest of my evening as if nothing had happened in the first place, which was par for the course at that moment in my life.

Sometimes I think about the past, my past. I think about what I would go back in time to tell myself before realizing that that isn’t the best idea, nor the point in the first place. Don’t get me wrong, I would have loved to have heard that night that Félix Hernández was going to throw a perfect game in little over a month. But would I have enjoyed learning about developments on CBS Evening News since then? What happened to my hair? What happened to him? Probably not. And yet here I am, knowing fully well the events that have taken place between the dates of July 30th, 2012 and August 3rd, 2018, and while I don’t like them all, or to be completely honest even most of them, they happened. To go back would be one thing—I hated that job with every blood vessel in my body set to explode at a moment’s notice, but I remember that night, and I remember I was with a person I cared about.

So instead I sit here, wearing six years, not thinking back to what could have been, but instead thinking about when it was going to be. 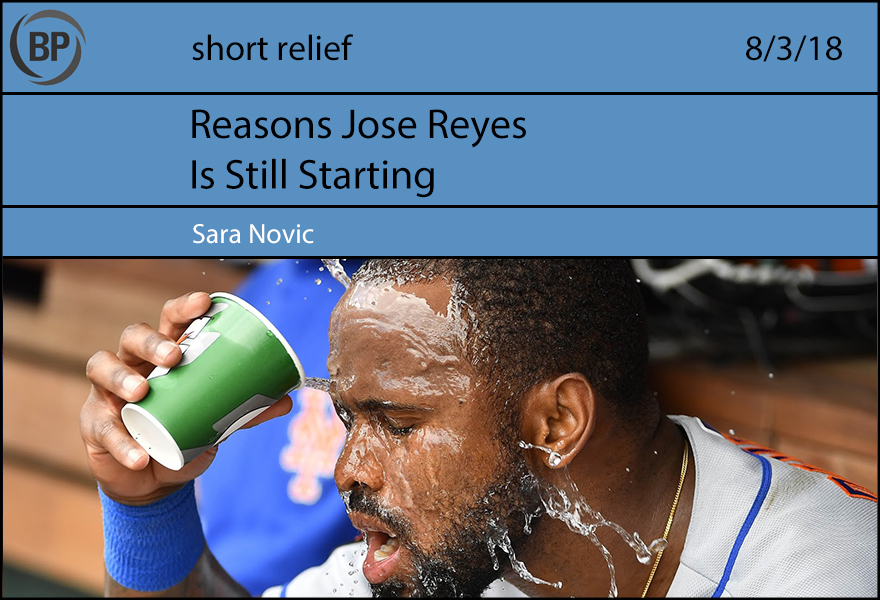 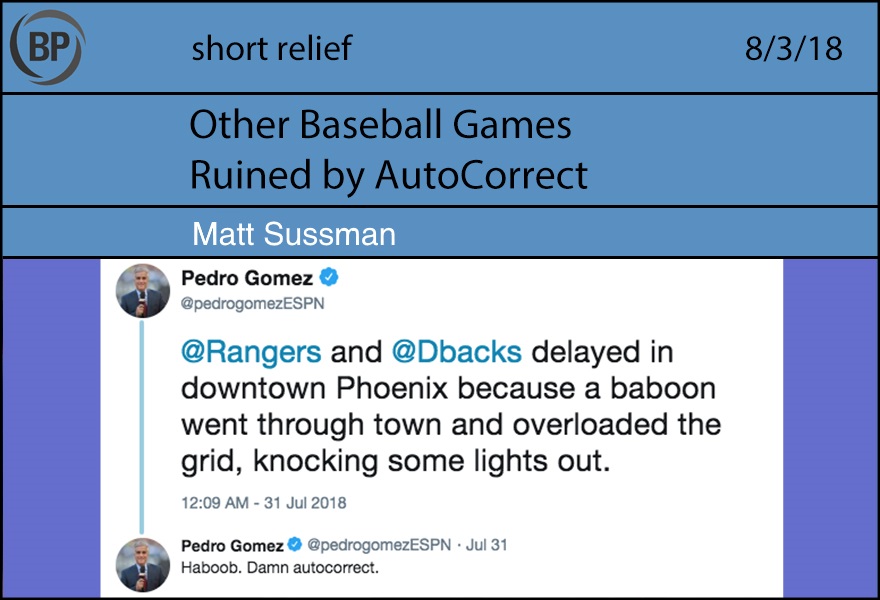 We are going to assume that this was not a case of a baboon knocking out power and then turning into a dust storm. It would easily explain the tweet. Pedro couldn’t believe his eyes, and then tweeted, then looked back up there was nothing but a tan cloud raging away from downtown. Though I would readily watch that movie, especially if the baboon was unable to control the transformation.

A selection of other baseball games so close to happening:

October 3, 1951: The Brooklyn Dodgers hold on to a 4-2 victory over the New York Giants. Bobby Thomson was unavailable for the game due to an emergency obligation to travel a large group of baby sheep across the globe to a remote outpost in Russia, an untimely task that would be known as The Short Herd ‘Round The World.

July 12, 1979: A double-header between the Tigers and White Sox was interrupted by Disco Democracy Night. KC of KC and the Sunshine Band was voted the new commissioner of baseball, at which point they implemented the “Shake Shake Shake” rule, which was more of a guideline, but teams were encouraged to settle extra inning games with dance competitions.

July 24, 1983: After George Brett smacks a go-ahead, two-run home run in the ninth inning, the umpires inspect his bat and noticed a large amount of pinkeye, which they immediately contracted. Brett was ruled out and was immediately quarantined for the rest of the series.

October 5, 2007: Joba Chamberlain of the Yankees enters a game trying to hold a 1-0 lead in the eighth inning. He struggles with his pitching, however, as several mai tais prove to be a severe distraction to Chamberlain, interfering with his command, and Cleveland ultimately wins the game 2-1. David Wells looks on in disgust.

You need to be logged in to comment. Login or Subscribe
Todd Tomasic
All of that on Reyes goes double for Sean Rodriguez
Reply to Todd