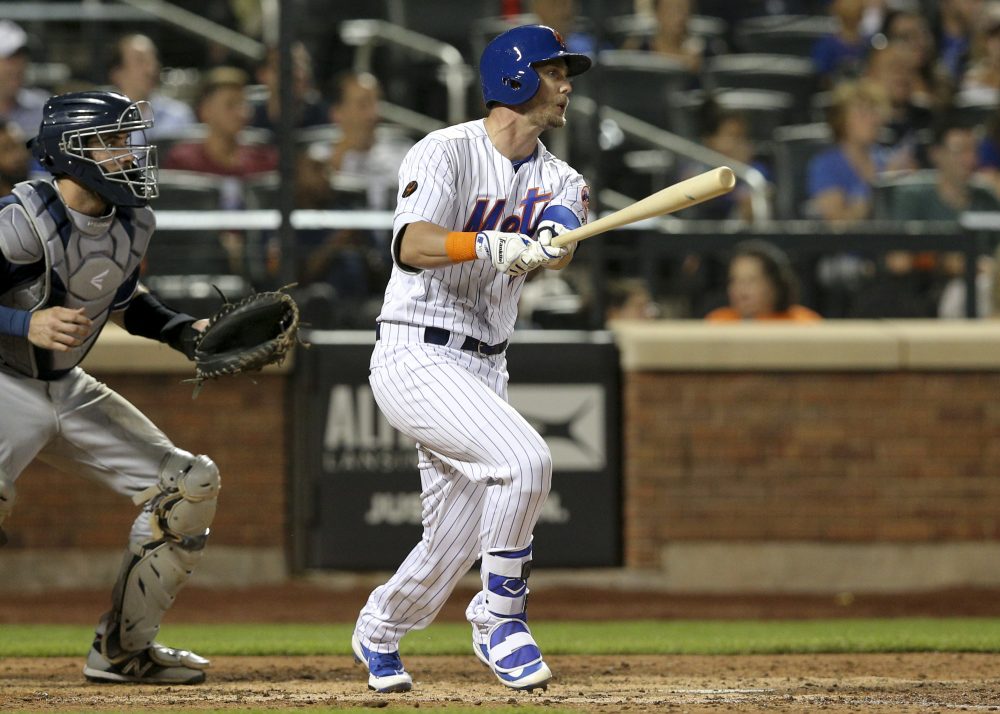 On Monday, Major League Baseball will announce the “finalists” for the major awards. This announcement is, in terms of excitement, uncertainty, and authenticity, similar to the Crimean Status Referendum in March 2014. In that election, voters in the Ukrainian Republic, which had been occupied by Russian troops for weeks, voted to leave Ukraine and join Russia (in a ballot that did not include an option for remaining in the Ukraine) by a 95.5 percent majority. But it was a totally free and fair election! Really! Why are you looking at me that way?

Similarly, MLB’s “finalists” aren’t finalists the way you might think of them—candidates who’ve gotten past a runoff who will now vie in a final election. The final vote for MLB’s awards took place at the end of the regular season, at the beginning of October. The “finalists” are simply the players who already finished in the top three. They won’t face off against each other. The outcome’s been known for weeks. The following week, we’ll get the actual winners of the Rookie of the Year (November 12), Manager of the Year (November 13), Cy Young Award (November 14), and Most Valuable Player (November 15).

Since we like to be on the leading edge here at BP, let’s cut to the front of the line and give out the first major awards of the 2018 season: The Annual Vogelsong Awards. This award is named in honor of Ryan Vogelsong who, in 2011:

We’ve awarded Vogelsong Awards every month of the season. A full list of the winners is at the end of this article. Often, the monthly winner was a hitter who had a hot couple weeks or a pitcher with a dozen or so dominant innings. The annual award is different, since players who had one lone good month (e.g., Johnny Field: .271/.292/.500 for Tampa Bay in May, .199/.238/.358 the rest of his season, which included being designated for assignment and waived by two teams) fall out of the running. Here are the top performers for the full season.

FULL VOGELSONG PLAYER OF THE YEAR: Jeff McNeil, Mets. Among players with at least 50 plate appearances in 2018, the hitter with best OPS among those who didn’t appear in the Annual is sabermetric darling Willians Astudillo, whose .887 put him in the same company as Bryce Harper (.889) and Xander Bogaerts (.883). But Astudillo, who was the Full Vogelsong Player of the Month for September, had only 97 plate appearances all season.

By contrast, August’s Full Vogelsong Player of the Month, McNeil, became the Mets’ regular second baseman in July. Post-All-Star break, he led the team in batting average (.329); was second in on-base percentage (.381), slugging percentage (.471), and stolen bases (7), and was third OPS (.852). Among Mets, only Brandon Nimmo had a higher True Average, .333, than McNeil’s .328. And it’s not a case of the Mets serving as a low bar; McNeil’s second-half OPS was the 19th-best among 68 National League batting title qualifiers and second only to Javier Báez among second basemen.

McNeil isn’t young—he’ll turn 27 next April—but his performance was sufficiently strong that even with a step back, he’ll be a better option than the players he replaced, José Reyes and Asdrúbal Cabrera, on both sides of the ball.

So it came down to two past winners: June’s Dereck Rodríguez and July’s Dylan Floro. Rodríguez gets no credit for being Pudge’s kid and the only Dereck in MLB history, nor for his plus-plus hair. But he does get credit for a 2.81 ERA in 118 1/3 innings, seventh-lowest in the National League among 72 pitchers with 100 or more innings. His 18.3 percent strikeout rate was pedestrian (NL average: 22.4 percent), FIP (3.69) didn’t like him as much as ERA, and DRA (5.18) really didn’t like him.

As for Floro, he pitched only 64 innings total, 36 1/3 of them in 25 largely low-leverage outings for a bad Reds team. But then he joined the Dodgers after a Fourth of July trade, and he quickly became a key arm out of the bullpen as the team posted a 45-32 record and the best Pythagorean record in baseball following his addition. Among 150 National League relievers with at least 20 innings (Floro had 27 2/3 with the Dodgers), his 1.36 Leverage Index when entering games for the Dodgers ranked 43rd and was second on the Dodgers to Kenley Jansen. He allowed a 1.63 ERA, 2.65 FIP, and 3.14 DRA, striking out 28 percent of the batters he faced. He was credited with six holds.

And, in true Vogelsong Award style, Floro accomplished that after this 2017:

The last move occurred on October 3, 2017. Exactly one year and one day later, he induced Ozzie Albies to ground out to second base for the final out of the Dodgers’ 6-0 win over Atlanta in the NLDS.

Normally, our judges opt for innings. Rodríguez pitched 118 1/3 of them; Floro, barely half that (64). But Rodríguez’s stats were inflated by a .257 BABIP allowed, while batters hit a more sustainable .290 off Floro. Floro pitched in higher-leverage innings, and did well, allowing 30 percent of inherited runners to score overall, the league average, but only one out of 12 in Los Angeles. He’s our winner.

Among National League players with at least 450 plate appearances (he had 481), Muncy was seventh in on-base percentage (.391), second in slugging percentage (.582), first isolated power (.319), and second in OPS (.973) and True Average (.340). Despite limited playing time, he tied with Jesús Aguilar for the fifth-most home runs (35), just three back from the league leader. He doesn’t add value with his glove but he’s not bad, and he played four positions for the Dodgers.

This was a pretty easy choice, really. As noted last week, a pitcher facing a lineup of Max Muncys (Muncies?) would allow an ERA just a bit below 8.00. This, for a guy about whom we said, “Max Muncy munched on Triple-A pitching, but that’s about where his bat maxes out.” I’d say that was an undersell.

LINEOUT VOGELSONG PITCHER OF THE YEAR: Ryne Stanek, Rays. All hail The Opener (a term, I’ll remind you, was coined by my BP colleague Bryan Grosnick years ago). In this year’s Annual, we wrote, “With elite velocity but (still, forever) not much else worth writing home about, Ryne Stanek looks more like a Quadruple-A relief ace every day.”

Well, he certainly wasn’t a relief ace. Stanek started 29 games this year, tied with Marco Gonzales, Lance Lynn, and CC Sabathia for the 25th-most in the American League. In his 29 starts, though, he pitched 40 innings, the 93rd-most in the league among starters. He became the long-maned face of the Rays’ latest tinkering with baseball strategy, using a relief pitcher to pitch an inning or two to start a game.

His statistics, while good, weren’t gaudy. He allowed a 2.98 ERA, 3.58 FIP, and 3.34 DRA, all very good figures, but not remarkable. He struck out 31 percent of the batters he faced, which is outstanding, but he walked 10 percent. He allowed a .253 BABIP, which is unsustainably low. Other players who received lineouts—Texas’ José Leclerc, Pittsburgh’s Richard Rodríguez, and Oakland’s Lou Trivino, to name three—had better numbers. Kansas City’s Brad Keller, September’s Lineout Vogelsong Pitcher of the Month winner, was a traded Rule 5 pickup who became arguably the best pitcher for the Royals this year.

But what impressed the judges about Stanek was his role. As an Opener, he faced the top of team’s lineups. Granted, he was facing them only once, but that was once against his opponent’s toughest hitters. The batters Stanek faced had a combined True Average in 2018 of .273. Among pitchers with at least 50 innings, the only pitchers to face tougher hitters were Philadelphia’s Seranthony Dominguez and Arizona’s Brad Boxberger, both closers. Yet he held his opponents scoreless in 22 of his 29 starts. He didn’t carve out The Opener to himself because the Rays decreed it. He did it by being good.

Congratulations to our winners! They can pre-order next year’s Annual, in which they are virtually certain to be mentioned, after the season ends.