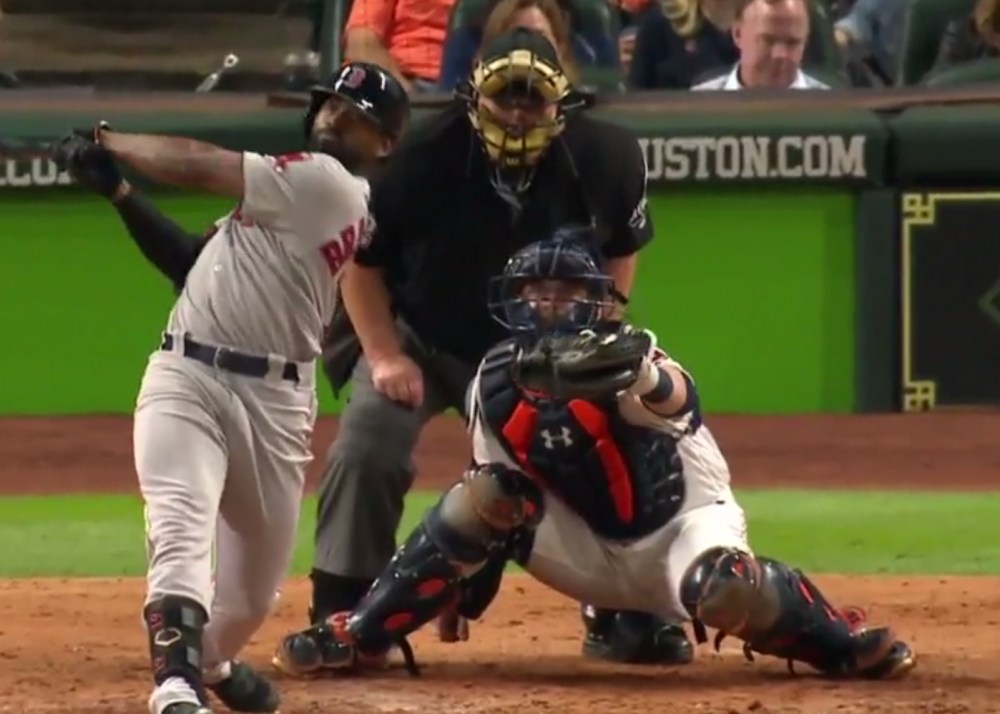 Until 2016, Roberto Osuna didn’t even throw a cutter. He was just a 20-year-old flamethrower when the Blue Jays pressed him into big-league service (and made him their closer) in 2015. He threw a four-seam fastball, a very good slider, and a solid changeup. It’s easy to forget it now, but at the time there was some debate over whether his deep arsenal might play better in the starting rotation.

He added a sinker during that rookie campaign, though he threw it sparingly. Whether that was because Osuna still harbored hopes of returning to starting or because he just wanted another club in his bag, it carried over into 2016. He added a cutter, though as with the sinker the previous season, he didn’t throw it much. At first, he struggled to incorporate it into his repertoire optimally. It cannibalized his slider, to an extent, though there was also cause for optimism about the way he might deploy it in time.

In 2017, he found a better balance. His slider’s whiff rate took off. He made use of the cutter to effectively neutralize left-handed batters. He had consistent command of his four-seamer, sinker, slider, cutter, and changeup, which made him a nightmare for opposing hitters. He just didn’t make mistakes. He struck out far more opponents, walked fewer (a vanishingly low 3.6 percent of them), and gave up fewer home runs.

This season, everything is different. It will and can only be defined, primarily, by the violence he perpetrated against his girlfriend, resulting in a long suspension and a longer legal entanglement, and in the Blue Jays feeling pressed to trade him. It’s also been a season of inconsistent and enigmatic performance on the field. Osuna isn’t missing bats the way he did last year. In fact, his strikeout rate for the regular season was 21.3 percent, well below any reasonably defined average for one-inning right-handed relievers. The slider that induced whiffs nearly once for every three times he threw it in 2017 did so just 22 percent of the time in 2018. His four-seam fastball, which the Astros (predictably, this being the Astros) put back at the fore of his arsenal when they acquired him, drew whiffs less than 11 percent of the time, down from an average of 13.5 percent over the three previous campaigns.

In Game 3 of the ALCS, Osuna came on hoping to preserve a one-run deficit. Given the Astros’ excellent offense and the currently shaky status of both Matt Barnes and Craig Kimbrel, getting through the top of the eighth inning without allowing a run would have left Houston in a pretty good spot. Osuna got off to a good start, too. The cutter J.D. Martinez hit had more of the plate than Osuna wanted, but it successfully crawled to the end of his bat for a fly out. Then, in a 3-2 count, he threw a considerably better cutter to Xander Bogaerts. It started on the outside corner and swerved off it, down around the knees, and all Bogaerts could do was tap it weakly up the third-base line. By process, it was an impressive victory for the pitcher, By result, it was exactly as pretty and effective as Jose Altuve’s brilliant bunt single of the previous half-inning.

Perhaps in previous seasons, in a better mindset, or with a better feel for his stuff, Osuna could have set that bit of misfortune aside. On Tuesday, it went another way. Steve Pearce got ahead in the count, 3-1. Osuna gave him a fastball with too much of the plate then, too, but Pearce chopped it straight into the ground (launch angle: -27 degrees) down third. Alex Bregman made a dazzling play, catching the high bounder behind the bag, running into foul territory, and spinning to throw with enough oomph to retire the lead runner Bogaerts. The cracks were evident, but Osuna was one out away from escaping the inning.

When Rafael Devers stepped into the box, it became clear just how little command of the moment (and his fastball) Osuna had. His first pitch was a four-seamer that missed off the plate low and in, but Devers anxiously hacked at it and fouled it off. The second pitch was a slider buried down and in, but Devers swung and fouled again. It was clear he was overeager; the problem was that Osuna was just as overly amped. His slider wasn’t sharp, again, so he went to the four-seamer again on 0-2. It was on the inner part of the plate, but not quite the corner, and elevated, but not truly up. Devers wasn’t able to truly barrel it up, but his long-hopper through the shift extended the inning.

Alex Cora’s choice to pinch-hit Brock Holt for Ian Kinsler at that point was inspired. It might have been in the works all along, but with Osuna so obviously struggling against the left-handed Devers (and, because of the cutter’s dampened effectiveness, his occasional issues against lefties throughout the season), it was a no-brainer. Osuna continued to struggle to spot his fastball, and when he went back to the slider, he not only got no flinch from Holt, but bounced the pitch off his foot. Bases loaded.

Cora pinch-hit Mitch Moreland for Christian Vazquez, keeping the pressure on a pitcher who couldn’t spot his fastball in the upper half of the zone. It was 1-2 on Moreland when Osuna tried to get a swinging final strike, but instead plunked Moreland on the shoulder. That fastball was both higher and further to the glove side than he wanted it, by plenty. That’s the sign of a pitcher who has no command of the pitch he’s trying to execute. Whether that criticism is a fair evaluation of Osuna’s entire night, or whether he was unnerved by a string of bad luck, or whether his richly varied repertoire is too fragile for a reliever’s necessarily inconsistent usage in a season marred by a long absence, it was obvious by the time Jackie Bradley strode to the plate that there was no pitch Osuna could confidently throw to him.

Bradley has had such a volatile career, such a turbulent season. He runs hot and cold for longer than most hitters. He battles holes in his swing and a persistently high strikeout rate. This season, however, he made quiet strides that should have been better noticed and more loudly applauded. He adjusted his swing, generating more fly balls and line drives, and pulling the ball much more often. He’s made harder contact this year than in any previous season, by being more aggressive in early and hitter-friendly counts, which allows him to eliminate secondary pitches from his thinking and chase outside the zone less often. He’s hitting fastballs harder, and generating more loft on them.

In a 1-1 count, Osuna tried to sneak a fastball past Bradley inside. Like the pitch to Devers, it had too much of the plate. Unlike the pitch to Devers, it came in an even count, to a batter whose adjustments allowed him to hit .270/.340/.485 from June 16 through the end of the season. The fly ball Bradley hit might have been a warning-track out in many other parks, and certainly would have been one at Fenway Park, but it wasn’t truly a cheap homer.

His grand slam broke the game open, and it should break whatever confidence the Astros had in their would-be closer for the rest of the postseason. His deep arsenal is working against him, not for him, and he’s not handling adversity well. Meanwhile, the Red Sox took the fullest possible advantage of Osuna’s mistakes, and Cora showed that he isn’t afraid to press the advantages afforded him by his depth. After Game 1, it looked like the Astros might not lose all October. Now, it feels like the Red Sox have a meaningful edge in the series.