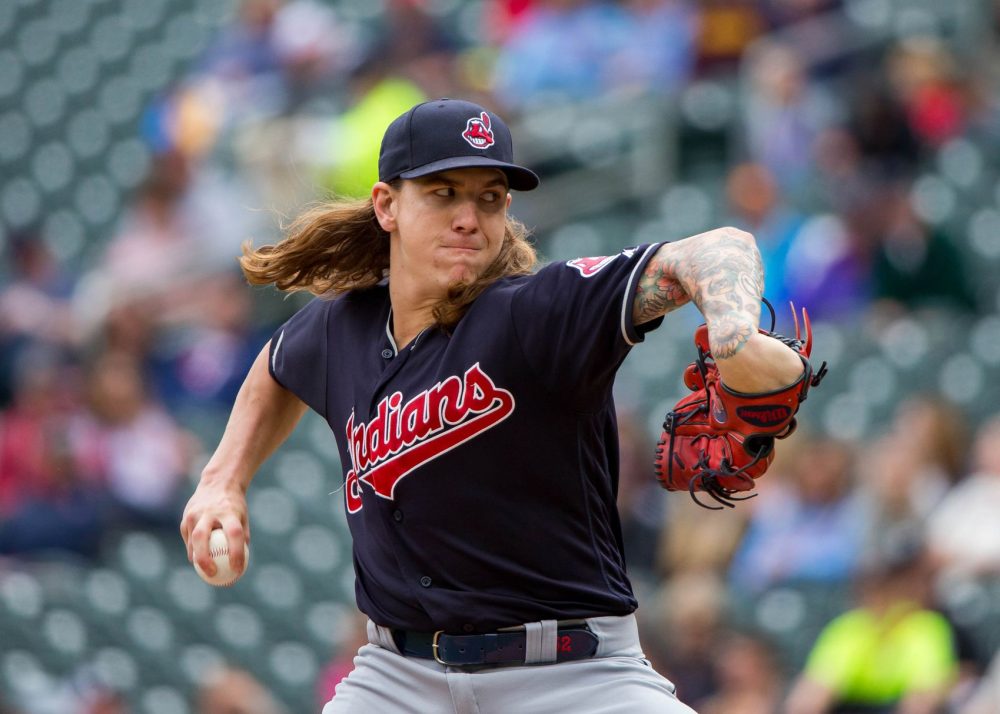 Over the weekend, the Indians’ rotation made headlines for achieving a heretofore unseen feat: Four of their starters reached the 200-strikeout plateau in the same season. Whatever we might note about the contemporary game and its encouragement of such an occurrence, we also have to acknowledge the quality required for a pitcher to reach 200 strikeouts. Mike Clevinger, the fourth Indians starter to get there, was the least foreseeable, and it’s his personal lurch forward that may be this bit of trivia’s most lasting significance.

Getting to 200 strikeouts is an offshoot of Clevinger’s larger accomplishment. He has been one of the 30 most productive pitchers in baseball by WARP this season and, in achieving that place on a leaderboard, has demonstrated a new ability to go deep into games.

This step forward answers the main question that has hung over his head since he emerged on the other side of Tommy John surgery and being traded for Vinnie Pestano. In noting Clevinger’s upside in the spring of 2016, BP’s Brendan Gawlowski nonetheless wrote that “he’s only dated the strike zone for about a year.”

Whether it was an actual goal or the pleasant byproduct of another pursuit, the long-maned hurler’s efficiency is improved across the board. He’s cut his pitches per plate appearance from 4.16 to 4.02, gone to 3-0 counts only 3.8 percent of the time (as opposed to 6.1 percent of the time last season), and reached 0-2 counts at a career-high 31.1 percent clip. Unsurprisingly, his walk rate is down!

And he’s filling the zone at a pace more in line with the whiff-based pitching style that had him turning heads in the first place. His Called Strike Probability is up to 48.4 percent from 2017’s 42.5 percent—a command-artist number that was really only added trouble for a pitcher with an exceptional ability to miss bats with strikes. The question, then, is what made him willing and/or able to make that change?

The answer might lie in his sequencing. Clevinger is changing speeds at an elite level. Where the average flight-time difference between any two back-to-back pitches in the majors is about 26 milliseconds—as explained in BP’s rollout of our tunneling and sequencing statistics—Clevinger is averaging a 44-millisecond differential against righties and a 39-millisecond differential facing lefties. For context, right-handed hitters in 2018 have seen only three pitchers (min. 1,000 pitches) changing speeds more dramatically, and they all throw from the left side. Left-handed hitters haven’t seen anyone changing speeds like Clevinger.

His 2018 differentials each rank in the top six percent for Flight Time Differential since pitch tracking began allowing for this to be measured in 2008. That extreme upper range is populated by a few different types of pitchers:

That last category is most prominently represented by Clayton Kershaw, prime Jered Weaver, and first-wave Zack Greinke. It also might include Clevinger all of a sudden.

He throws four pitches. The fastball is good, and as T.J. Zuppe of The Athletic detailed earlier this summer, has gained a tick or so from last season. However, an even more extreme velocity change has occurred with Clevinger’s slider.

When he got to the majors in 2016, the pitch averaged nearly 85 mph in a small sample. By 2016, it dropped into the 82 mph band, and now Clevinger has cut it to 80 mph. Alongside the velocity drop has come increased delineation from his curveball, with the slider moving much more horizontally.

Whether it’s because he simply became more comfortable with the slider’s in-zone swing-and-miss abilities, or because the decreased velocity somehow helps Clevinger command it better, he peppers the zone with it now. Deployed mostly against righties, it has helped him cut his walk rate against those same-handed hitters from 12.3 percent to 6.4 percent. Almost in half. The merits of the adjustment tumble down from there.

Take this mostly nondescript moment from June, against Adam Engel and the White Sox. He’s got the lead and a runner on with two outs in the seventh inning. Now, he’s put the ninth-place hitter in an 0-1 count and has clear incentive to attack. That first strike was a 95.1 mph fastball low and away. This is what came after, his 93rd pitch of the day.

There are a few salient things about it.

The second is that it’s a slider. When ahead or even with the hitter this year, he’s gone to his slower, sweeping slider more than 23 percent of the time. That’s only a touch above his typical pitch mix, but he’s putting it in the zone at a 52.3 percent clip in 2018, compared to 40.0 percent in 2017.

And the third is that Engel swings, surges forward a bit off balance—because when you just saw 95 mph to the same spot, 79 mph is hard to adjust to—and connects with the very end of the bat, shattering it and making an out to end the inning. A two-pitch out!

Clevinger is more than OK with hitters hacking at the slider, and indeed he’s inducing swings on half of them. Played out over the season, it means one out of every five balls put into play is a slider, instead of one out of every 6.5 or so. Given that the collective slugging percentage against the pitch starts with a two, the seemingly incremental shift ends up paying real dividends before even factoring in the walk rate against righties that, again, has been slashed nearly in half.

Together, the changes represent a monumental, positive reallocation of time and energy for Clevinger. He deals with a couple more balls in play, gives up a handful of strikeouts on a rate basis, and saves more pitches for getting outs in the later frames. It’s a career-advancing trick that eludes so many pitchers—a classic task that sounds much easier than it is—but Clevinger has pulled it off for now: Taking excellence from innings one through five and carrying it through a couple extra frames.