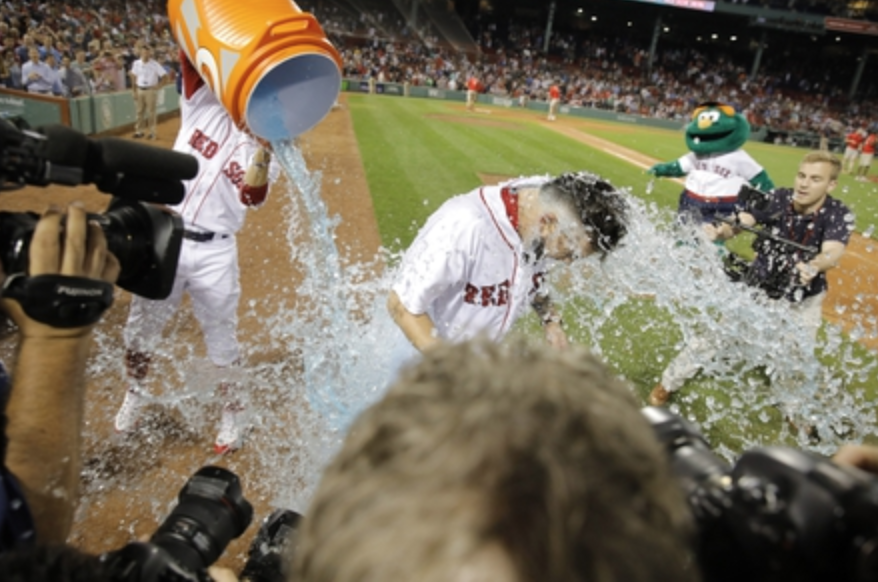 You can’t win ‘em all. Especially when you’re playing the Boston Red Sox.

You see, the Red Sox don’t lose. They just don’t. They keep on winning, a 25-man army of rabid Energizer Bunnies carrying machetes instead of drums. It’s kind of ridiculous. They just keep marching along, smashing and slashing and winning ball games.

That’s the all-the-more reason you shouldn’t help them along. It took until the 13th inning for the Phillies to be beaten by Boston. Aaron Nola pitched masterfully, as did David Price. It was an evenly matched game.

The Phillies could have won it way before it went to extras.

Look, there’s no telling whether Odubel Herrera would have been knocked in had he not run into the out. We do know that he’s pretty responsible for Boston’s first run.

This isn’t a site that believes that Herrera is bad, that he’s everything wrong with baseball, that he doesn’t Play The Game The Right Way. Those people suck. Nonetheless, Herrera had himself a really bad game, and it cost the Phillies.

Maybe the Red Sox would have won anyway, as is their wont. They are, after all, an unstoppable legion of demon-warriors. Herrera’s blunders certainly didn’t help.

The Big Maple is back. And he looks just as big and maple-y as ever.

It’s nice to see James Paxton back on the mound. He’s one of the more entertaining pitchers in the game, and the Mariners will need him. And not for nothing, he beat the Astros. Seattle is now just three back of first place.

Austin Hedges tried to lay down a squeeze bunt in the 11th inning. It didn’t work. And when you do stuff like that, you tend to get Gorked.

That’s 13 home runs for Gorkys Hernandez, which we all surely saw coming.

Here’s a good reason to have fired Mike Matheny: He was holding Marcell Ozuna’s power hostage.

It sounds crazy, but it’s true. Ozuna’s power was being held against its will in Matheny’s office. Sure, it came out every now and then, but not for long before being captured again. Now that Matheny’s gone, it’s finally free. We’re all better off for it, unless you’re a Rockies fan.

Kudos to Buster Posey, who made the impossible look easy.

Just as you’re reeling from the trade deadline passing, you can watch (what’s left of) the Giants and Padres at 4:10 p.m. Eastern. That’s right, you get 10 whole minutes to process the annual flurry of action that happens right at the last moment. Hooray! Dereck Rodriguez and Clayton Richard will be the starters, assuming Richard doesn’t get moved.

Tune in to the Phillies and Red Sox once the evening slate rolls around. Jake Arrieta will be facing Drew Pomeranz in a battle of funky deliveries. The offenses are also pretty good, but we know what you’re here for.

Go for Blue Jays-A’s for the nightcap, because Oakland is really freaking fun. Sam Gaviglio will be tasked with keeping the lineup full of scrappy pests, which may or may not include Bryce Harper by the time the game starts. He’ll be opposed by Trevor Cahill.