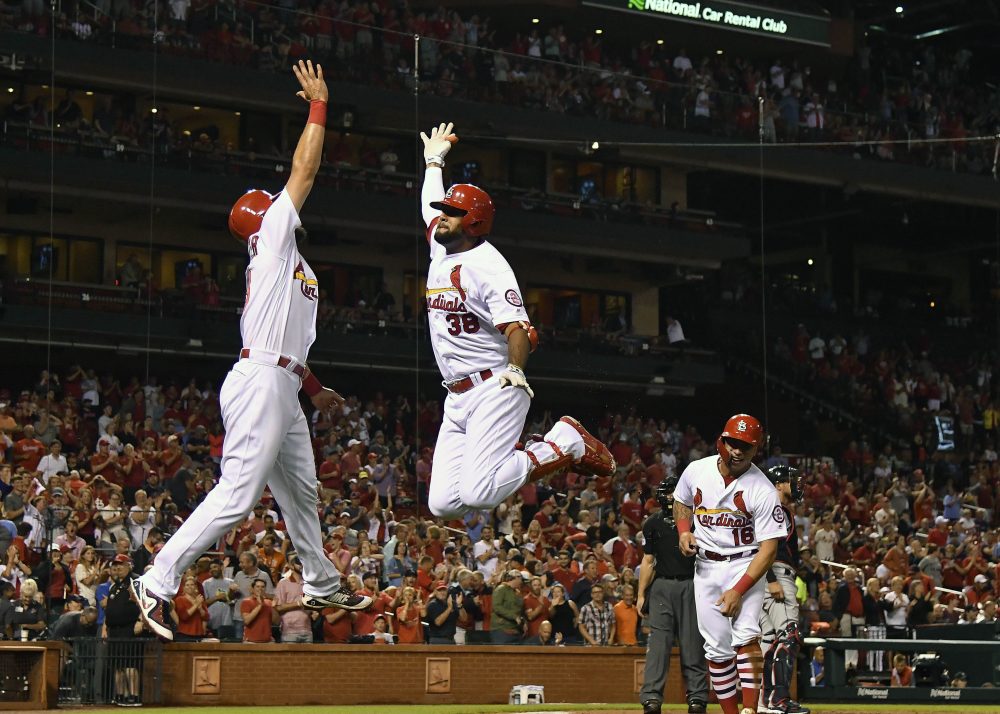 On Tuesday, he was just consistently knocked around, giving up six earned runs and six hits in just 1 ⅔ innings — the shortest outing of his career — in what amounted to an 11-2 Indians loss to the Cardinals. Jose Martinez provided the knockout blow.

Martinez broke the game open but it was Matt Carpenter who couldn’t stop getting on base, going 5 for 5 to join such Cardinals luminaries as Stan Musial and… Ryan Ludwick? Coincidentally, you might remember that Ludwick was who the Indians traded to San Diego in exchange for Kluber.

As for Kluber, it was the second clunker in his last three starts. Prior to that one (in which he allowed four earned runs in just five innings of work), he hadn’t allowed more than three runs nor tossed fewer than six innings in any of his first 13 starts. Even with the emergence of Trevor Bauer, Carlos Carrasco’s injury and a moribund bullpen means the Indians need Kluber to remain the Klubot. One would expect this to be a minor blip, but one the Indians hope happens few and far between.

Quick Hits
The Cubs entered play amid a five game losing streak, falling 2 ½ games behind Milwaukee with the aforementioned Cardinals hot on their tails in an NL Central race that promises to entertain well into the Fall. Also Tuesday, star third baseman and MVP candidate Kris Bryant went on the 10-day disabled list. There has been panic in the streets of Wrigleyville.

They had scored three runs or fewer in four of those five losses, and through five innings in Game 2 of their series in Los Angeles, it looked like more of the same as they could only scratch together one run against Dodgers starter Ross Stripling.

And then Javier Baez happened.

Baez had provided the Cubs that lone run with a solo homer in the top of the fifth. In the sixth, with Stripling gone and the game in the hands of the Dodgers’ bullpen, he hit his second in as many innings, this one of the grand slam variety, and the Cubs went on to win 8-4. There is peace at last on the North Side of Chicago.

Speaking of the Brewers, they maintained that division lead because Freddy Peralta is on a roll.

Who is Freddy Peralta?

Our own Jeffrey Paternostro answered a question about Peralta in his chat Friday, saying:

“I generally feel like these profiles kill it once or twice around the league and then it goes pear-shaped. But this profile is also an outlier generally.”

This could very well be true, but for a contending team that could be in the market for starting pitching come the trade deadline, the 22-year-old is undoubtedly providing them a big boost at the moment.

There was some anger at the ol’ ballpark. Two ol’ ballparks, as a matter of fact. First, at Tampa Bay.

Sergio Romo was, apparently, still upset over Michael Taylor stealing a base with the Nationals leading by several runs during a game in Washington some time ago. No punches were thrown. Nothing to see here, move along.

This one was a little more fun just because of the oddity of it all. Josh Harrison slid hard into Asdrubal Cabrera’s legs during an attempted double play. Afterard, Jeurys Familia got mad and that, of course, made Harrison mad. But take a look at who was trying to keep the peace and calm Harrison down. Cabrera! If anyone had a reason to be mad, it was him! The best part was the glove-to-fist bump toward the end. Anyway, nothing to see here, move along.

The Angels are struggling. They’re Ohtani-less and struggling. Mike Trout? He’s still great, of course. But as has been proven time and time again over the last six seasons, Trout can’t do it by himself and Tuesday he had a ho-hum 1-for-4 day. Instead, Mookie Betts and J.D. Martinez flexed their muscles and Jackie Bradley broke out of his season-long slump.

The Angels were shut down by David Price on Tuesday in the 9-1 loss. They’re now behind Oakland in the AL West standings while the Astros and Mariners show no signs of slowing down.

Luis Severino continues to be filthy.

The Yankees’ ace struck out nine in seven shutout innings. The Yankees scored six runs, and they didn’t know it at the time, but they had enough runs to win just three pitches into the game when Aaron Hicks launched a leadoff home run off Jake Arrieta.

Defensive Play of the Day
Playing catcher is difficult. You’re catching balls thrown really hard while a dude stands like, a foot away from you swinging a bat as hard as he can. Any time a catcher catches a pitch that’s thrown out, we should be amazed. Russell Martin caught one that was tipped and he bobbled. Consider me impressed.

What To Watch For Wednesday
A couple of intriguing young pitchers matchup in Cleveland’s Shane Bieber and St. Louis’ Jack Flaherty. Andrew Heaney looks to help the Angels break out of their funk against Rick Porcello and the Red Sox. The Cubs and Dodgers’ third game of the four-game set will feature Alex Wood vs. Kyle Hendricks.