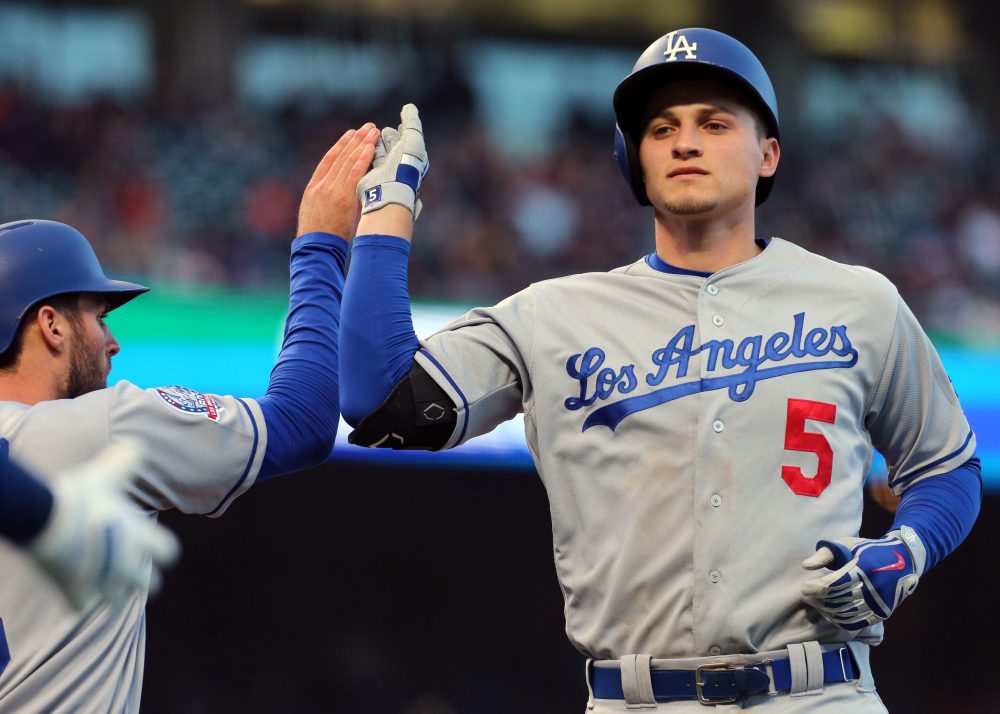 Things have not gone according to plan for the Dodgers. They’re under .500 after making it to the World Series last year. A confluence of events (Kenley Jansen looking awfully human, Justin Turner’s injury, the Diamondbacks achieving godhood) has left them rudderless and adrift. Baseball is a cruel game and it demands blood, which is presumably why all this is happening. The latest blow is devastating.

Today, the Dodgers recalled Breyvic Valera from Triple-A Oklahoma City and placed Corey Seager on the 10-day DL with a right UCL sprain. Seager will undergo Tommy John surgery and will miss the remainder of the season.

Seager is the Dodgers’ best position player. He hasn’t performed like it this year, likely in part due to this injury, but he is incredibly valuable. It will be very hard for the Dodgers to weather the storm without him.

The immediate question is whether or not Los Angeles will turn to Manny Machado as a replacement for Seager. The Dodgers have the prospects to make such a trade happen, but there have already been so many losses and blows to this team. They’re still talented, and can still turn it around.

The sooner Machado can get to Chavez Ravine, the better.

As of Monday morning, Josh Hader led all relievers in PWARP. He’s done it by striking out seemingly every batter who’s dared to stand in against him.

He probably still has the lead.

Hader recorded eight outs on Monday night, all of them via the strikeout. He has been Milwaukee’s greatest weapon. He is, as the children say, a video game.

The Royals aren’t very good, and the Red Sox are pretty great. Those two things combined led to… well…

Six grand slams is a lot for any team. It’s ambrosia for the Red Sox, who were so starved for power last year. Boston are as dangerous as any club.

Remember when Charlie Morton was just another pitcher? Yeah, not anymore.

Morton absolutely carved up the Yankees, striking out ten and allowing just two hits in nearly eight innings of work. He somehow looks even nastier than he did during Houston’s playoff run.

Remember kids, always add a few MPH to your fastball and have a wicked breaking ball. Some people forget to do those things, but they help your cause. Who knew?

Christian Yelich is good at baseball.

Yeah, that looks difficult. You and I couldn’t do that. Think of how many pro baseball players probably can’t do that.

Baseball is hard. Yelich is absurdly good at it.

There are plenty of aces on the mound tonight. Start your evening off with an NL East fight between the Braves and Mets. Noah Syndergaard will try to contain Ozzie Albies and Ronald Acuña, a feat few pitchers have been able to accomplish. Sean Newcomb will toe the rubber for Atlanta.

The second game of the ALCS rematch features Justin Verlander pitching to a red-hot Yankees team. The Astros may have stopped New York’s nine-game winning streak, but they’re still as dangerous as ever. Jordan Montgomery has the unenviable task of trying to keep Houston off the board.

Then at the end of the night, Clayton Kershaw will have to tangle with the best team in the National League. The Diamondbacks will start Matt Koch against the post-Seager Dodgers.