Thanks for reading Short Relief! We’d like to take a moment to share a word from our sponsors.

Managing a business is hard. Employees are lazy, amoral people who do things like eat non-liquid food and read non-work material like baseball articles on company time. We know this. You’re looking to create an advantage, to assemble a harmonious team of go-getters who know how to work with each other, for each other. That’s why you need someone who can slam the door on corporate inefficiency. You need the BOTTALICO Communication Program.

In one easy, enjoyable four-hour retreat, you’ll identify the core personality roles of your team and show them how the others think―and how to communicate with them. And instead of lecturing them with trite adages and corny Memions, we give the process a fresh take: by employing the imagery and language of forgotten relief pitcher Ricky Bottalico.

First, each team member discovers their role by taking a short personality survey. The BOTTALICO test stands for:

Based on the results, each person will discover whether they’re:

After that, the team is led through guided exercises that make them understand the equal value of all parts, the special talents they bring, and their priorities. And it’s not presented by some boring old PowerPoint presentation at a hotel dining room with plates full of honeydew and decaf coffee. Instead, they’ll get to enact the following:

With these exciting opportunities and more, the BOTTALICO Program will provide you with a scouting report and help your employees create a game plan for how they’re going to pitch to the competition. Get to know what it feels like to be a part of a team―the Ricky Bottalico team. Order your free pamphlet today!

It’s often said, though not by several of my Short Relief colleagues, that baseball reflects human nature. What is not so frequently remarked upon is baseball’s relationship to nature. To be fair, nature is often invoked whenever a squirrel or bird occupies far more of a game than should be the case, but the punchline of these instances is always the failure of nature to adapt to civilization; the animal, rather than the stadium, is out of place. These pieces certainly have their charm, but they have unjustly monopolized “baseball vs. nature” in a sport in which Brad Peacock exists.

When peacocks wish to mate, they engage in a complex visual and auditory display, spreading wide and flapping their colorful feathers while emitting a low-frequency sound, both of which are adjusted to attract particular peahens. Some particularly nefarious peacocks fake this process, attracting peahens solely to make them fitter in the eyes of their rivals, with no intention of mating. The majority of peacocks procure multiple partners throughout their lives, but there are some who mate for life, making the initial mating ritual that much more of a delicate operation.

Indeed, Brad Peacock’s entire major-league career has been fraught with the perils of the mating ritual. But due to his own fortitude and the fact that white players hate fun, he has adeptly navigated these murky waters, keeping his peacock nature in check.

Recently, there have been three particular scenarios that highlight Peacock’s strategy:

This is a classic Peacock scenario, a perfectly nondescript at-bat despite the somewhat pressing circumstances. No need to throw a devastating pitch or emphatically strike out the batter (which he has always been loath to do with runners in scoring position, fearing the implication of the word “fan”). A simple slider left up in the zone to produce a soft line out will do. The situation required nothing flashy, no flurry of plumage or low-frequency noises.

Peacock does opt for the strikeout in this scenario, but it’s business as usual. There’s nobody on base, no rush of emotion, nothing that indicates striking out Betts would become an event. It’s a strikeout both Peacock and Mookie will forget.

Here is the toughest challenge Brad has faced thus far. Trailing 3–2 in the series and potentially six outs from elimination, it is imperative that Peacock beat Sanchez. Which he does, catching the bottom of the zone with a 94 mph fastball to preserve the Astros’ 3–1 lead. Perpetually aware of his nature, Peacock does not give into the crowd-fueled adrenaline, striking Sanchez out on a nondescript pitch and limiting his celebration to a tiny hop. Sanchez may remember the at-bat, but he might not remember the pitcher.

You may have missed the big news among Actual Baseball but Delmon Young signed with a team in the Pacific. Not in Japan. Or Korea. Or even Taiwan. This one’s in Australia, which is basically Japan’s Korea. The Melbourne Aces are understandably giddy for a former No. 1 draft pick, ALCS MVP, and recognizable name who has been out of baseball for two years. And they may sound funny to us with the accent but it’s no funnier than someone in Baltimore saying, on two consecutive occasions, “here’s a baseball contract.”

Usually the former major-leaguers are your countrymen, your Trents Oeltjen and Lukes Hughes and what have you, at the twilight of their baseball career. One typically doesn’t go to Australia to reinvigorate one’s career when it’s swirling down the train; they just go down there to see if it really does swirl in the other direction. But Delmon Young is going to be a draw. It could be the first thing he’s ever drawn, honestly. He could be a mentor, in the sense that if a teammate strikes out, he’ll walk over to them and say that it’s no big deal, just be a high draft pick and another team will give you a chance.

As baseball has grown on the continent, it should be noted that MLB has struggled to find above-replacement designated hitters. So if Young wants to go to Australia and show them how it’s done, then Melbourne could become the San Pedro de Macoris of DHs. Just molding all those strapping young Aussies into free-swinging, poor-throwing hulks. It could also lead to the sudden demise of the designated hitter, crippling the national sports industry entirely. 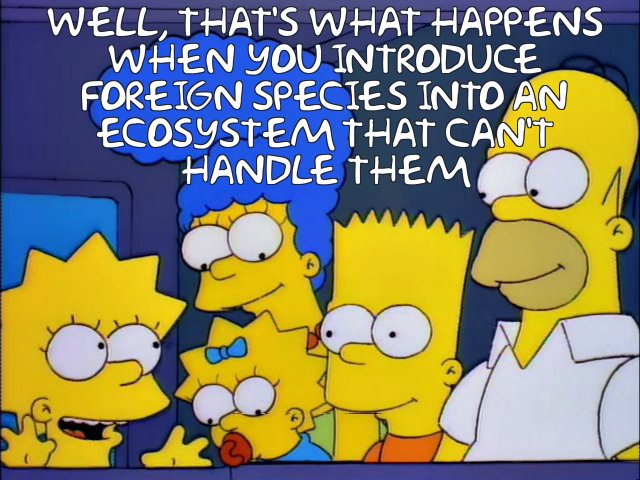