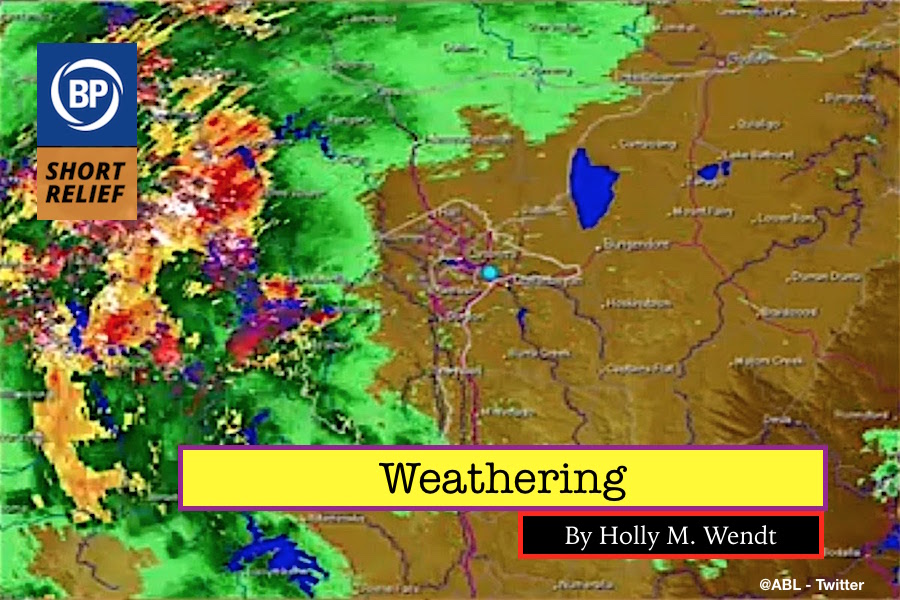 While I was waking into the predawn hush of January 19th in Pennsylvania, the Auckland Tuatara and the Canberra Cavalry were entering the 12th inning of a strange game on the second-to-last weekend of the Australian Baseball League’s regular season.

Circumstances for the Tuatara have been somewhat strange all season, the most striking to me being the fact that the Tuatara’s games at home last only seven innings, though they play nine on the road, and all of the other teams in the league play nine innings at home (except in the case of a doubleheader, in which case game one is seven innings and the second nine, no matter the host location). The shortening is dictated by a broadcast deal with Sky Sports, intended to ease the in-house viewing experience for the home-side fanbase. Whether the difference of two innings makes any material difference in the average new-to-baseball viewer following along in Rotorua or Invercargill I can’t say, but certainly it alters the ebb and flow of the game, some element of strategy magnified by the relative tightness of a 40-game season.

The Tuatara also began the season in heartbreak: just before the curtain rose on their sophomore endeavor, Twins prospect and new team member Ryan Costello passed away in Auckland. Over the next two weeks, the team opened the season 2-8, a tough spot with a quarter of the clock run off.

But by the 19th of January, solutions to the rocky start having been found, the Auckland Tuatara found themselves grappling with the Canberra Cavalry for the lead in the Northeast Division, and with the postseason looming, a great deal rested on that Sunday game at Canberra’s MIT Narrabundah Ballpark.

The game began with nine scoreless innings and was punctuated by a number of ominous look-ins on weather radar to check the progress of a serious approaching storm cell. Because the ABL follows the World Baseball Softball Confederation conventions for tiebreakers in extra innings, the top of the tenth began with runners on both first and second base. Jonny Homza walloped a leadoff triple and Won-Seok Kim brought him in with a single, and Auckland took a three-run lead into the bottom of the inning. Canberra answered, singling in runner David Kandilas before tying the score with a gift of a walked-in run and a productive groundout. Inning eleven posted up zeros on both sides, but a pair of home runs by Homza and Jared Walker gave Auckland a heady, hopefully secure four runs with which to work.

But the best-laid schemes of Tuatara and men gang aft agley.

Those two automatic runners, a hit-by-pitch, some singles, some productive outs, and a walk bring Canberra’s Robbie Perkins to the plate with the bases loaded and the score standing 7-6.

Robbie Perkins strikes out. The ball bounces away from Auckland’s catcher. Cam Warner darts home. The score is tied, but the next Canberra batter cannot walk them off.

Inning thirteen passes scorelessly, and then the rains come.

With the score tied at 7 and following 30 minutes or so of official delay, the game is called, no later completion in the works.

There is no mechanism for how a tie counts, at least in the league table, and so each team was granted half a win (which is also to say half a loss). This is the logical choice, a way to fit a third category into a place where there are only two. But what is half a win? A disappointment or a triumph? It is, most of all, a way to make do. A half step forward is still forward.

For teams in the ABL, it has been a season of making do. Populated as the teams are by so many MLB prospects, pitching staffs change as young players hit inning limits ahead of their northern hemisphere spring and summer work, but practical, baseball-related problems seem easy enough to solve against the backdrop of the climate-exacerbated fires raging across Australia. Of the league’s eight teams, only one — Geelong-Korea — played all 40 games. Canberra and Adelaide saw a whole weekend series (four games) cancelled due to air quality, and this season forced the ABL to create an air quality policy.

Canberra, having played only 34 games this season, will scrabble against Perth in Tuesday’s wildcard game. It is an accomplishment, of course, to have more wins in 34 games than another team that had 39 or 40 chances, but Canberra might have also lead the division with more chances. These solutions in a baseball season are imperfect, but the logic of a season still holds: the teams that had the most success on the field are the ones advancing to the playoffs. In the face of climate change, we need to stop accepting half-steps forward.

Learn more about how to help Australia here. 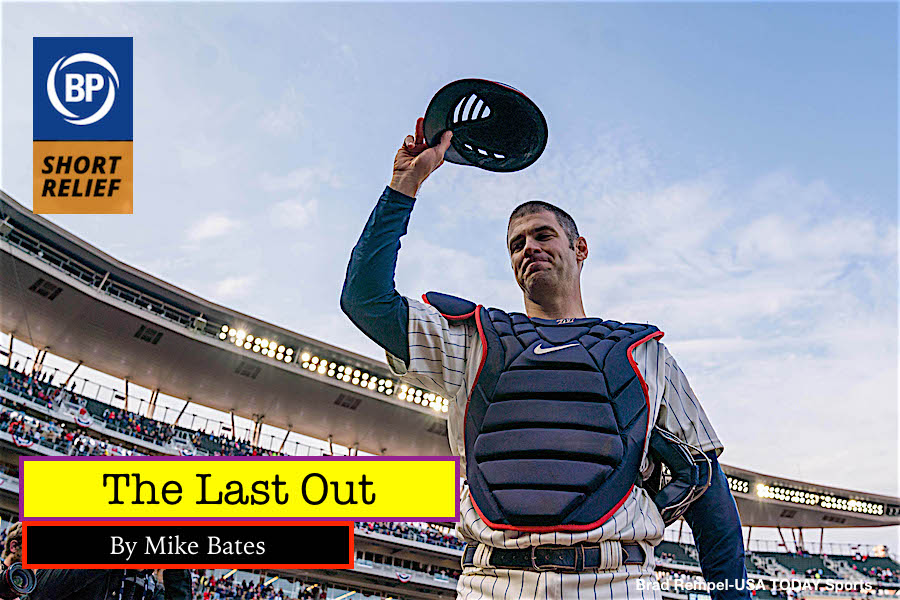 It’s been five years since what was undoubtedly my favorite moment as a father, when my eight year old was interviewed by a local news affiliate at TwinsFest about getting Joe Mauer’s autograph. They heard him gushing about it in the hallway afterward and asked if it was ok to put a microphone on him. I said sure, and off he went, giving them what I consider to be some of the greatest soundbites of all time.

Because of how time works, that eight year old is now 13. He has long hair and a guitar and calls me “father” ironically. He’s still a wonderful kid, but he’s a very different one from the “overstimulated” one that could not stop talking about how much he loved Joe Mauer. His fandom has, at least for now, ended. So has my daughter’s, who is now the same age he was in the video.

I’m ok with that. I went up to TwinsFest again this past weekend and, without kids to share it with, I started to wonder what I was there for. To chase down the few remaining autographs I care about that I haven’t gotten yet? To dig through boxes of old baseball cards from the ‘50s, ‘60s, and ‘70s at the vendor tables? Those things were fun, but so much of my day involved milling about, not doing much. I think I decided, as I sat in the Bat & Barrel and charged my phone, that I might not need it anymore. It might be the end of an era for me now.

But that’s the nature of things: they end. They sometimes end happily, sometimes sadly, sometimes without anyone noticing at all. But everything ends. Fortunately, the end of everything is also the beginning of something else. It is one of the few fundamental truths left no one is trying to discredit. Almost as soon as the last out is recorded in the World Series each year, teams begin preparing for the next (except for the Rockies).

All of this, including the Rockies dig, have been an exceptionally self-indulgent way of saying this is my last piece for Short Relief. “But Mike,” you say, “this was no more or less self-indulgent than your usual pieces. What makes this special?” To which I would reply that nothing makes this special. For one thing, I’m not the only one who will be moving on. For another, it’s nowhere near the first time a site has ended while I’ve been on the staff. It is yet another ending. There will be a new beginning, even if I’m not sure what that will be yet. Maybe it will just be a short hiatus, for me, for the other writers and for Short Relief.

I hope so. But either way, I’ve been grateful for the chance to share with you here. Just as my son said, I knew I had to enjoy it while I [could], and God did I. The two stretches I’ve gotten to write for Baseball Prospectus were two of the proudest of my writing career. I value this readership, and these colleagues, pretty much all of whom are a decade younger (and better) than me or more. And I wish you all a very happy beginning, middle, and end of whatever comes next.

So long, and thanks for all the fish. 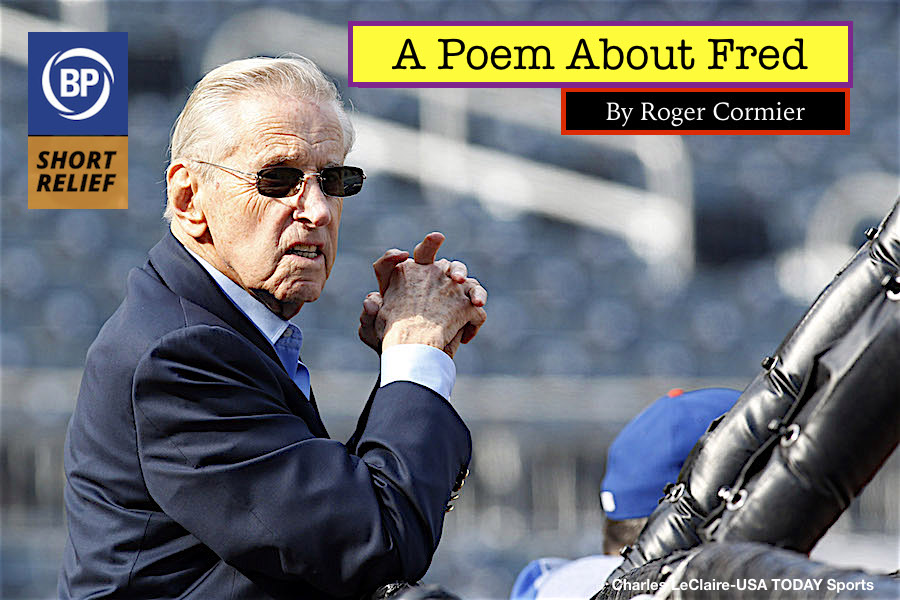 Did you watch Succession
and see an ugly mirror?
Did you turn off the Brooklyn Dodgers game
and see the Mets lose?
Did you see what you had done?
What you had not done, I mean
Did you see the missing player?
The expensive piece you said you couldn’t afford?
Said so often you believed it
Long after you found money
In the radio with pictures
In the interwebs
In the insurance
Financials assured
Pending physicals

Were you bored as the dark cloud?
Trendsetter of the secret tank?
Bored pleading snake venom?
Bored changing the lineups?
Telling players to gut it out
Be a man
Playing injured is an honor
A privilege
Calling future All-Stars lazy
as they were rushed out the door
isn’t as fun as it used to be?
Claiming free agents
smoked between innings
worked one too many times?
Do you still not want Mike Piazza?

Why now?
Why not
ten years ago?
Why not
the day you thought
you knew what you were doing
You knew better than
the experts
you would not hire
Fred
son of a
Bensonhurst funeral director

Do you remember
what Duke Snider
whispered to you
in that dream you used to have?
What the wind told you
walking home from
dad’s office that night?
(Every night)
What Stanky Johnson
that punk Yankee fan
whispered in your
young ear
on the 28th of May
of Nineteen Fifty Seven?

You need to be logged in to comment. Login or Subscribe
Llarry
So, any particular reason for ending Short Relief? I'll miss it, and I suspect I'm not the only one. Thanks for the years of fun, come back soon, ya hear!
Reply to Llarry
Peter Collery
I too am saddened by the end of Short Relief. But since I'm not running BP I'm not in a position to do anything about it. The mysterious Editor who informs us of its demise is.

So if SR has been a "rare and special collection of sportswriting" and its end is saddening, why is it happening?
Reply to Peter
Shaun P.
I too will greatly miss Short Relief - it was like JABO's "Baseball Joe" but even better - and also want to know, why is it going away? It's been a beacon of fun and joy. What caused it's demise?
Reply to Shaun