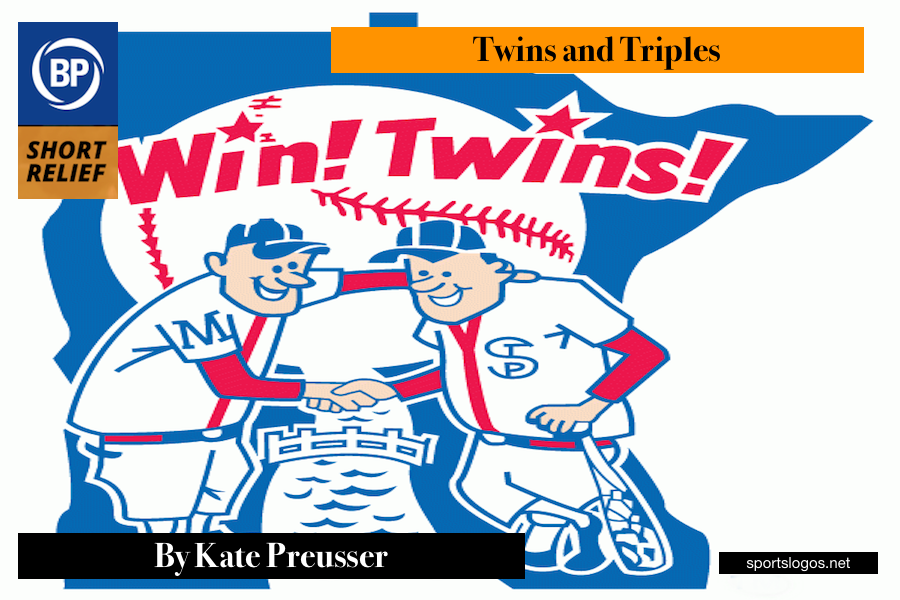 Only about 4% of babies born in the U.S. are multiple births, and of that subset of multiple births, 95% are twins. So while twins are rare, among multiple births they are the majority. Triplets, though, are rare however you slice it. That analogues nicely to the game of baseball, where triples are the rarest hit by a wide margin, and a downright endangered species.

Triple plays, however, have always been a rarity. SABR has tracked every triple play since 1876, and the number is still in the 700s. (For the unassisted triple play, that most rara avis, the number is just 15.) The average works out to about one in every 300 games, meaning there’s usually just a handful of triple plays per season, although there was only one triple play in all of 2013.

How rare is this, then?

Not only do the Minnesota Twins find themselves authors of two triple plays in one season, they also have three of the most recent triple plays on record. Curiouser: all three of those plays involved Miguel Sanó, and he initiated two of them. Sanó is…not renowned for his defense, to put it kindly. Looking at his defensive numbers, there are more negative signs before numbers than looking over my most recent bank statement. And yet Sanó, who has been in the league five seasons, playing an objectively poor third base, is currently averaging a triple play every 1.6 seasons.

When thinking about baseball, I often find myself coming back to this Samuel Beckett quote, from Molloy: “There is a little of everything, apparently, in nature, and freaks are common.” The flora and fauna of baseball is rich and varied, and every broadcast is peppered with the scientist-statisticians who prize up random facts out of the dust-coated tomes of history, connecting the modern game with the ghosts of its past. One could argue baseball, played by peak physical specimens who can throw a ball or swing a bat harder and better than anyone on the planet, is already a collection of (physical) freaks, so one might expect such freakish behavior. I’m not sure if Twins fans, who suffered a loss today in the heat of a playoff race, would be as charmed by this information as the average observer, but hopefully it is of some comfort that no matter the outcome of this season, the 2019 Twins have already embroidered themselves into baseball history with this pair of oddly-sewn little triple stitches. 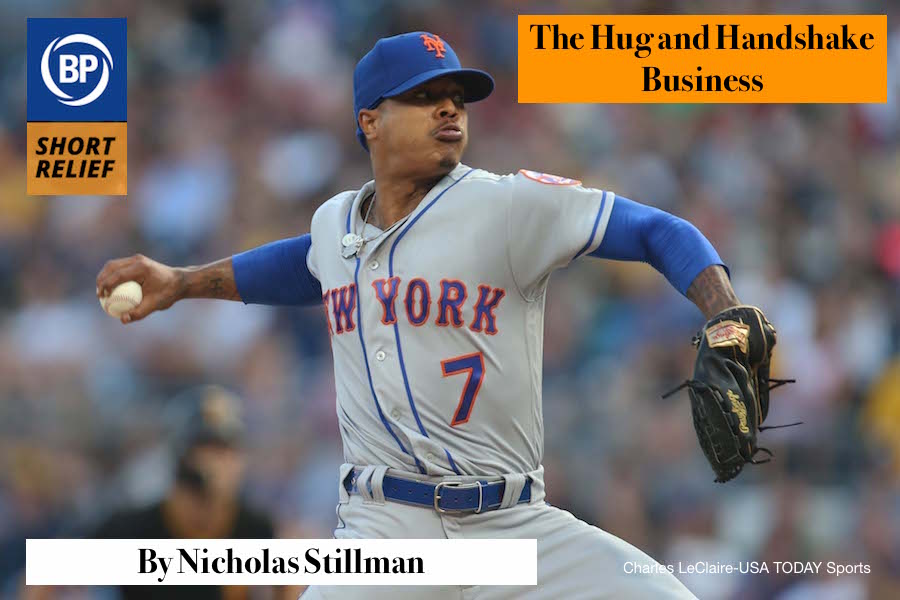 “You knew you were getting traded,” a teammate might have offered.

He would have a point. In no other profession could a coworker scroll through Twitter and read Jon Heyman saying that instead of working at the Outback Steakhouse in Manhattan, as you were promised, you now work at a Chipotle in Queens. A Chipotle in Queens, you say, is a [expletive] step-down from an Outback in Manhattan. Hey, your boss says, watch your language while on the floor—the customers are watching.

Besides, he adds, the Chipotle is renovating. They’re trying to make it a Chipotle/A&W again. You might be there when the renovations are complete.

What happened to the last attempt?

Burned to the ground.

And then, you, the Chili’s waiter, have to go home and pack everything you own and move to Queens because your first shift starts tomorrow and you better do a great job because they gave up two busboys just to get you. Two busboys, they add, who one day could be a waiter of your caliber.

Your head rests against the plane window as the wrong airport comes into view. LaGuardia. When you arrive, the customers sit up in their chairs. “Well, what do you think about working at this Chipotle? It’s our favorite restaurant.”

And you look at their eager, pitiful faces and say : “It’s a business…. It is what it is.”

“Of course,” they mumble. It truly is a business. This is all exactly how business works.

You try to make the best of a bad situation, try not to drive through Manhattan or think about steak or Australia. You work hard. A week later, you look outside and see new walls erected on the ashes of the old A&W. It looks about 30% complete, to your eyes. Maybe more. When you first arrived it was 10%, at best.

Newspapers start to cover the rise of the Chipotle/A&W in Queens. They say your presence has helped motivate the rest of the staff, that maybe renovations will be done in time for the annual Cook-off.

“This may be an Outback yet,” you say, preparing a batch of guacamole.

And then you think, given the choice, maybe it’s not so bad in this Chipotle. Then again, you think, you weren’t given the choice. Your eyes dim at the thought that the renovation may very well burn down again. It could all burn while you’re standing in it. And then where will you be? Who would want a waiter who spent their best years at a Chipotle that slowly burned to the ground in Queens?

“It is what it is,” you say to yourself. “That’s just business.”