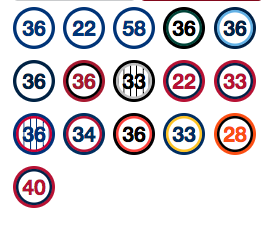 There has been (and probably will continue to be) an ongoing argument regarding baseball players and value. WARP, bWAR, fWAR, gWAR — each takes its own stab at trying to find who the most valuable player is. And they generally agree with each other because they are generally looking at the same data points — just in slightly different ways. But if one looks at value as strictly a mechanic of desire and/or want, then Edwin Jackson might have been baseball’s most valuable player of all time.

Looking back at his career numbers, it’s tough to surmise why so many teams had interest in Edwin Jackson. He spent most seasons vacillating between bad pitcher and okay pitcher. But there must have been something that scouts and GMs saw in him. And when it turned out to be a mirage, they shipped Edwin Jackson on to the next team that saw something in him.

Edwin Jackson was traded six times in five years. He was traded twice on the same day. There was a short time in which Edwin Jackson was so potentially valuable that ten teams ostensibly saw him as some sort of asset to their club. Between 2006 and 2011 he was a Ray, a Tiger, a Diamondback, a Blue Jay, and — just to mess with the all-animal theme — a White Sox. He would move on to many (many) other teams in free agency, but for a five-year span Edwin Jackson’s career lived in some sort of limbo. He was valuable enough that other teams wanted him, but not valuable enough that teams wanted to keep him. He wasn’t a salary dump. He wasn’t an expensive and proven start on his way to walking to free agency. He was the thing at the yard sale that the seller immediately regrets selling and the buyer eventually regrets buying. Given enough time, every team would have employed Edwin Jackson at some point.

By the end of it all, Edwin Jackson would be an All-Star in Detroit and World Series champion in St. Louis. He made about $77 million dollars (!) as a big-league baseball pitcher. He had more career trades than shutouts. He managed to get talked about in the past tense despite starting (and winning!) a game five days ago. But more than anything, he will serve as a case study in the fragility of value.

Jackson was baseball’s hot potato for half a decade — a game of “the floor is lava,” personified. If anyone purchased and Edwin Jackson jersey, they won’t keep it. If they have an Edwin Jackson bobblehead, it will find its way to the trash if it already hasn’t. But even if he ends being nothing more than a frivolous anecdote, for a short while Edwin Jackson was appreciated more for what he could be than what he was. We should all be so lucky. 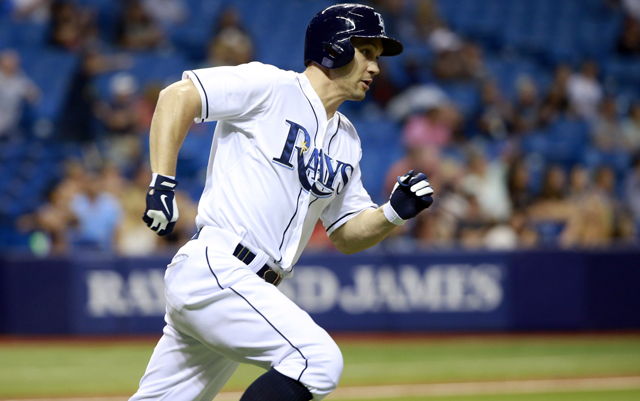 There’s not necessarily anything wrong in that. A guy earning MVP votes in his first full season at 23, bringing his team within a few outs of the World Series at 24, getting a spot in the 30-30 club at 25—you appreciate him because he’s good, sure, but that only means so much in the face of how good you think he will continue to be and how good you’ll be able to say he was in the end. He signs an extension, he is the future, his now seems to matter only insomuch as it will one day play prologue to his later. And then he is starting an injury-ridden tumble into irrelevance at 26, playing rather poorly when at all at 27 and 28, out of the majors entirely at 29 and 30. What he has done and what he is doing only feel meaningful in that they make what he was supposed to do so much more agonizing. He becomes a cautionary warning or a reminder of your own mortality or a punchline. The idea of “what if” is always, always, always so much more appealing than “what was.”

But “what was” does not have to be overshadowed by what it devolved into or what it never became. What was, in and of itself, was so good.

The ten-year anniversary of one of the most infamous moments in recent Cubs history just occurred, and did so without as much as a Short Relief piece about it. 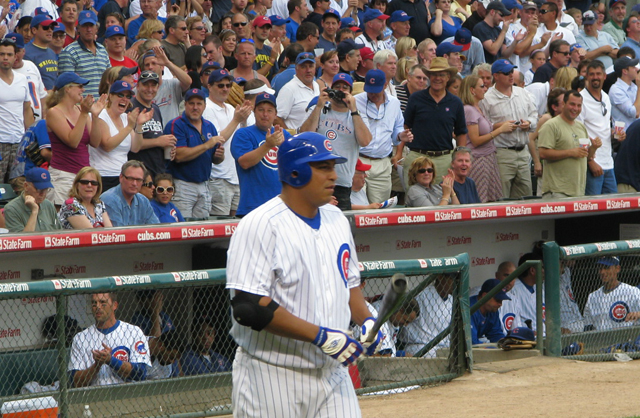 On June 1, 2007, Carlos Zambrano and teammate Michael Barrett dueled with their fists in the dugout, a rare naked display of intra-teammate friction, the result of a five-game losing streak.. An offseason of blockbuster free agent signings set expectations at their highest in years, and the team’s 22-30 stumble out of the gate placed them well short of those expectations. Barrett found himself shipped to Oakland shortly after, but Zambrano remained—and the righty spearheaded the Cubs’ first back-to-back playoff appearances in 100 years.

As far as “great Chicago Cubs pitchers” goes, few hurlers succeeded on the North Side for more than a handful of seasons. Fergie Jenkins, Mordecai Brown, Charlie Root, Rick Reuschel, Pete Alexander, Greg Maddux—it’s a surprisingly short list for a franchise that’s been around since 1876, and two of those pitchers (Alexander and Maddux) had their best years elsewhere. The second tier of pitchers is a little more densely populated, with names like Holtzman and Overall and Warneke, and Zambrano is firmly ensconced in this group.

Remembered more for being an aggressive player on the field and off of it, Zambrano (somewhat paradoxically) turned in a quietly great career with Chicago: over 1800 innings of 3.60 ERA baseball, good for a 122 ERA+, and the second-most strikeouts in franchise history. Three times he finished top-five in Cy Young voting, and in eight of those Cubs seasons he added at least half a win from hitting. Mark Prior and Kerry Wood, the team’s oft-hurt dual aces, struggled to stay on the field, but Zambrano offered a steady presence. With a heavy sinker, power bat, and powerful personality, Zambrano cemented himself as the true heart of the mid-2000s Cubs.

Because of his middling strikeout numbers and proclivity for venting in-game frustrations, he’s remembered less fondly than some of his contemporaries. However, he compares favorably with the other elite pitchers of his era. Among all starters with 800 innings pitched between 2001-2012 (Zambrano’s career), the righty’s ERA+ lands him in the territory of Tim Lincecum, Jason Schmidt, Kerry Wood, and Mark Buehrle. Johan Santana and Felix Hernandez are the only better Venezuelan starting pitchers in MLB history by that metric.

Zambrano’s yeomanlike production for the best Cubs teams in half a century, coupled with his competitive demeanor and candidness, make him worth remembering for what he was: a damn fine pitcher.