I get anxious contemplating Freddy Galvis. I’m often enthralled and amused, too, but as of late, I’m imagining an hourglass suspended above him, like I’m running out of time with one of the unsung heroes on a team that hasn’t inspired many songs. Being Freddy-less isn’t a certainty, of course, but Galvis will be eligible for arbitration in 2018 and a free agent in 2019. Meanwhile, after a difficult transition from Double-A, J.P. Crawford appears to be working it out in Triple-A.

This is how it was supposed to be, I know. I went to Crawford’s first game in Reading two years ago, was and am excited to see the Shortstop of the Future, the Heir to the House of Rollins, but now that Crawford’s ascension day is dawning, I’m not ready to give up Freddy.

Early in the 2017 season, Galvis told manager Pete Mackanin that he wanted to play every game—every game in this dismal season already marked by six losing streaks spanning five games or more. As of Saturday night, game 114, in which the Phillies miraculously held on to a two-run lead over the Mets, Galvis continued hewing to his full-season dream. In doing so, he hit the go-ahead single, but more importantly, he had the presence of mind to throw home during a double steal in the top of the third, which ended the inning and the Mets’ chances of an earlier lead.

As baseball plays go, it wasn’t particularly impressive or tricky; it was mostly demonstrative of Galvis’s mental acuity. On a team that will count itself much blessed if it avoids earning three-digit losses this season, Freddy Galvis’s steadiness feels more valuable than any measure could mark it.

Simply calling Galvis’s defense steady, though, sells short the beauty and the joy of it. The regularity of his diving stops deep in the hole, the accuracy of so many little flips to second, the rapidity of the ball’s release despite him being flat on his rear or falling back toward third—all of it lulls the eye into dullness. It’s easy to make light of it. Even his teammates do, especially Maikel Franco, whose clowning with Freddy is a charmed little Easter egg hidden in games here and there:

Still, sandwiched between innings of Phillies’ bats falling silently in order, Freddy’s glovely heroics gets lost. But sometimes it doesn’t. And sometimes he gets his bat to match it, as he did on July 3, the day his second daughter was born, sending the first pitch he saw from Ivan Nova into the right field stands.

It’s a sentimental example, deliberately so. I never set out to be impartial here. At age 27, Freddy Galvis is the longest-tenured current Phillie and the heart pumping blood through the team’s young and awkward body. If he leaves Philadelphia, he’ll leave behind more than an opening at shortstop. 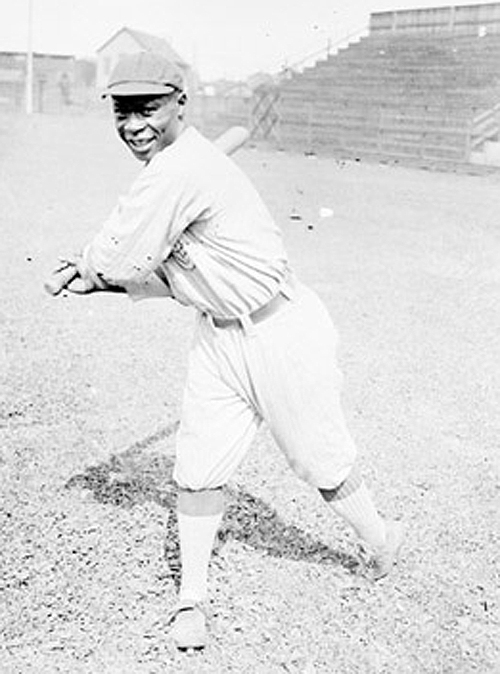 Due to the combination of lack of statistical information and a general inattentiveness toward Black baseball, Spottswood “Spot” Poles, like many early black baseball players, has largely slipped through the cracks of history. But from those pieces of his career cobbled together from fragmented boxscores and eyewitness accounts emerges the image of a truly exquisite baseball player.

Though born too early to rival the likes of Cool Papa Bell, Poles was routinely dubbed the “Black Ty Cobb” and was said to have been faster than Bell and a far superior defender. As such, Poles was routinely regarded as one of the best athletes in the game during his 17-year career, from 1906-1923. The few remaining records of these years have him hitting over .300 in each of the recorded six seasons and over .400 in two, for an estimated .325 career average, as well as a .608 average against major league pitchers.

As good as he was with the bat, Poles was more known for his speed and excellent defense. He could supposedly complete the 100m dash in under 10 seconds (just shy of the 1914 world record), and this speed coupled with a strong and accurate arm made him likely the best defensive outfielder in the game. From 1911-1915, Poles was the most dominant and valuable player in Black baseball. He routinely led his star-studded Lincoln Giants to Eastern Colored Baseball championships, providing a combination of baseball and leadership skills that would have made Derek Jeter seethe with envy.

Rounding out this prowess is Poles’s consistency and durability. For 16 of his 17 years in professional baseball, Poles spent his offseason playing Winter Ball in Cuba and Florida, compiling excellent statistics in each of these seasons, as well (hitting around .300 on each occasion). For these years, he dedicated his life to the sport, pausing only in 1918 to fight with the French Army in WWI, receiving five individual medals, including the Purple Heart, for his valor.

Any number of Negro Leagues baseball players qualify for the title “underappreciated,” a title that defined their playing days and the memories of such. Indeed, Poles might be one of the more well-recognized of the bunch, having reached the final rounds of Hall of Fame voting in 2006. But his failure—or the failure of the committee to accurately weigh his career—to crack the Hall puts him instead on this list, one far fewer people will view, confining him again to the role of the underappreciated player.

We only appreciate the soft tossers when they’re Greg Maddux, and Jamie Moyer wasn’t Greg Maddux.

Well not quite. Like Maddux, he started off a Chicago Cub. Like Maddux, he made his name elsewhere. And like Maddux, he didn’t quite have the velocity you’d expect from a long-tenured starting pitcher. So in those fairly important ways, Moyer and Maddux were alike.

But Moyer didn’t have the gaudy stats of a Maddux. His walks per nine innings were an impressive enough 2.55 for his career, but Maddux had him beat at 1.80. He didn’t strike out a lot of guys, like Maddux, but he also left almost twice as many balls over the middle of the plate. And in terms of traditional stats? Well, Moyer didn’t quite win 300, which still carries some serious mythical weight. And his ERA? More than a run over Maddux’s for his career.

Worse still, Moyer didn’t have Maddux’s style. Greg Maddux was a weird professor of the game, quirky and intellectual in an era of ostentatious and bombastic ballplayers like Lenny Dykstra and John Rocker. Jamie Moyer was, well — Jamie Moyer was basically a dad. From the moment he entered the big leagues, Jamie Moyer was the “aw, shucks” dad on the softball team who could throw a wicked changeup for some reason.

And so he flew a bit under the radar. Yes, he had some good years: he was on the storied 2001 Seattle Mariners, and the less-storied earlier versions with Griffey, A-Rod, Edgar and the rest; and he spent nearly a decade in Seattle, a baseball town that valorizes their heroes. So let’s not cry for Moyer. He did okay for himself.

But this is a man who nearly built up 60 WARP simply through the sheer will to stick around. This is a man who just willed himself to be the oldest pitcher to pick up a win at 49. I’m 32 and sometimes I’m not sure I can go a day without eating a piece of cake. This is a man who started pitching in the majors when I was one year old and stopped when I was two years into a PhD program. Jamie Moyer should be front page news, not flotsam and ephemera! 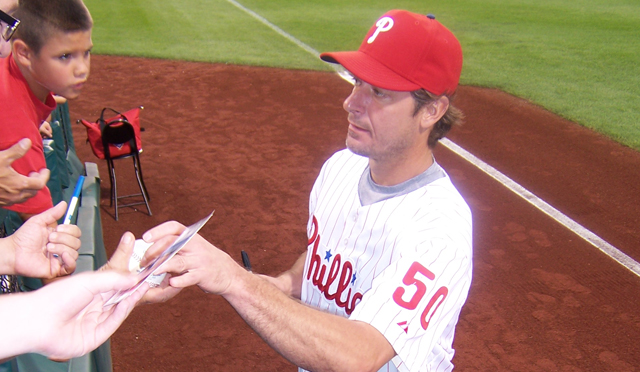 And I guess for Philadelphia Phillies fans he is. When he joined the Phillies in 2007, he was on the tail end of his career, another questionable pickup that bolstered the upstart Phils but didn’t put them over the top. Still, he pitched admirably down the stretch and then hung around with the team, giving them nearly 200 sub-4.00 ERA innings in their World Series year in 2008 and 162 slightly less impressive innings in 2009, when the team won the NL Pennant. He stuck around in 2010 and then fell off the face of the Earth until he resurfaced with the Rockies because why not?

But this is a guy who was literally at the end of his career, coming out of the tunnel looking every part the Chemistry teacher who was a little too nice to the jokers in the back, who would just happily throw a game every five days against the best of baseball. The game changed constantly around Jamie Moyer, and he just stuck with it, plugging away. There’s no blue collar baseball player, not really, but if there was one in spirit, it would be Moyer.

So while he became a folk hero in Philadelphia — the tired dad clocking into Citizen’s Bank Park to frustrate players who were at times too young to be his kids — his actual skill and accomplishments have fallen a bit to the wayside. So, I say, here’s to Jamie Moyer, who took an arguably quad-A profile and willed himself to a weird statistical bubble candidate for the Hall of Fame.

And if I can be schmaltzy for a moment: he graduated from my high school and he reminds me that everyone’s best days can be ahead of them if they want them to be. Someone get this man on a wall of fame.