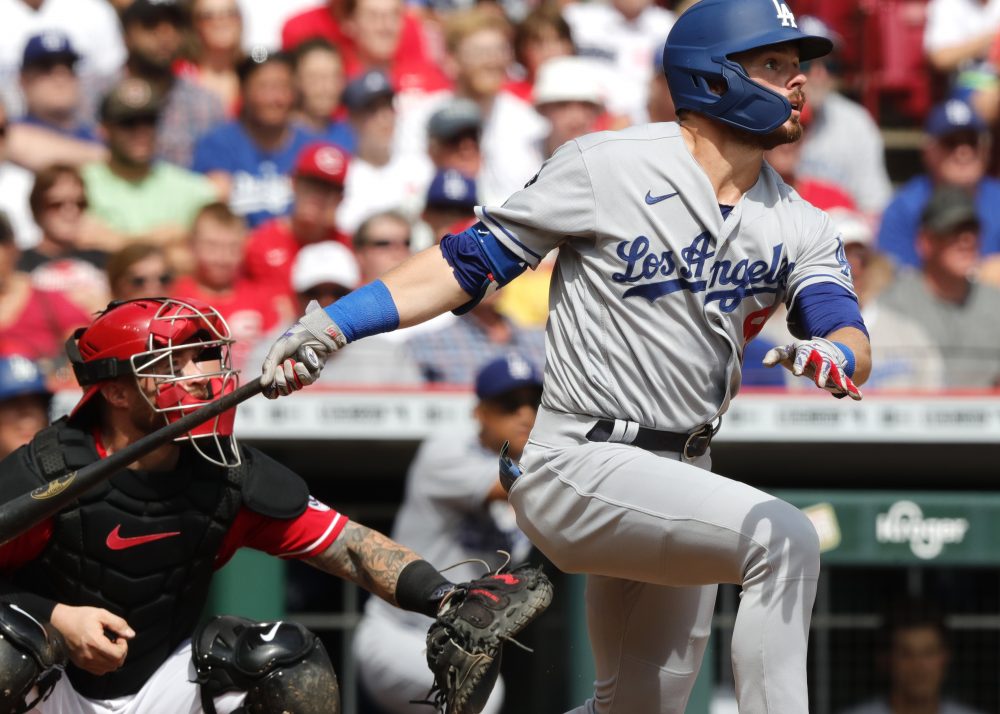 Chris Stratton $25 (Max Bid $100, Min Bid $1)
If you took away my internet and asked me to guess which team Stratton logged 36 starts for at the beginning of his career, I would make a lot of bad guesses and probably not get it right. He was a first-round pick by the Giants way back in 2012 but didn’t live up to expectations as a starter, and many years (and two organizations) later he’s now the closer for the Pirates. Stratton has been dominant since grabbing the role, with four saves and 10 strikeouts in his last six innings. Unlike many stoppers who dial it into the mid-90s or higher, Stratton is relying on off-speed stuff, throwing mostly curves and changes and only using his 93-mph heater to keep opponents honest. The role in Pittsburgh is his, and he’s one of the best candidates for saves who is still widely available (only 10 percent rostered in CBS leagues, 11 percent in ESPN).

Bryan De La Cruz $21 ($85, $1)
De La Cruz was featured in last week’s piece. He “only” hit .273 last week, dropping his batting average from .338 to .329. I bring this up not to malign De La Cruz but to once again offer a reminder that we’re going to waste too much time this winter overanalyzing relatively small stat lines for several players. I like De La Cruz a great deal, although the stat line will play better in deeper leagues, particularly if he doesn’t run much.

Gavin Lux $15 ($34, $1)
Lux landed on the IL in August with a hamstring strain, and it didn’t look like he’d have a place to play when he came back, thanks to the addition of Trea Turner in a megadeal with the Nationals. But thanks to A.J. Pollock’s most recent injury, Lux has slotted in as the Dodgers starting left fielder. His overall numbers are subpar, but since September 10, Lux has a ludicrous .458/.522/.708 line. He only has one home run and doesn’t have any stolen bases to go with this offensive goodness, but there’s nothing wrong with riding the hot hand and hoping that he chips in a little bit in HR/SB while gobbling up the runs and RBI in a strong L.A. lineup.

Michael Fulmer $15 ($55, $1)
Kyle Funkhouser got the save yesterday, but Fulmer picked up the two Tigers saves before that and probably got a breather because he threw a combined 37 pitches in back-to-back outings on Friday and Saturday. Gregory Soto is on the IL with a broken finger, while potential saves candidates Joe Jiménez (COVID-19) and José Cisnero (elbow laceration) are also on the shelf. My primary worry with Fulmer is that the Tigers won’t use him like a traditional closer, and that he could be unavailable for save chances the day after throwing a lot of pitches.

Jose Siri $13 ($33, $1)
Siri was initially a Reds prospect, but he was the victim of a deep Cincinnati outfield and a scouting profile that made it understandable when the Reds finally couldn’t protect him anymore and let him go via waivers to the Seattle Mariners in early 2020. The Mariners and Giants also couldn’t find room for him, and Siri landed with the Astros last December. Siri is an impressive athlete who makes you want to rush out and add him to all your fantasy teams when you see him connect with a baseball, but even though the raw numbers were better at Triple-A and in his brief time in the majors this year, the swing and miss is big problem. Adding Siri for your stretch run and hoping that he goes off for the next two weeks is fine, but don’t be sad or disappointed if major-league pitchers figure him out quickly and he starts doing nothing but whiffing.

Erick Fedde $12 ($34, $1)
The last time that I wrote about Fedde, on June 22, I sounded less than enthused, saying that I “remain mostly unimpressed.” Since then, Fedde has a ghastly 6.50 ERA and 1.60 WHIP in 15 starts. He was grabbed in a lot of deep mixed leagues because he has a two-start week on tap and lots of teams are pushing for wins and strikeouts with two weeks last in the season. The matchup last night in Miami was a good one, while the matchup in Cincinnati later this week is not. Fedde was a back-up bid for me in my TGFBI bracket, so I’m not saying stay away at all costs—rather, when you chase poor skills arms for wins and strikeouts, you get what you get, and you don’t get upset.

Fedde was adequate against the Marlins, allowing two earned runs and four baserunners in five innings with five strikeouts.

Jon Lester $12 ($23, $1)
I’ve had Lester on my LABR NL team all year, and let me tell you it has been a funhouse ride, and not one of those crummy ones that looks like it was designed by high-school kids who were hired on the cheap. He was riding a hot streak over his last six starts heading into last night, with a 2.91 ERA, but he only had 20 strikeouts in 34 innings with only two wins. His 5.51 FIP over this span is more indicative of how Lester has pitched, and I would only use him in NL-only this week, even with two starts on the slate in Milwaukee and Chicago.

Alex Cobb $10 ($21, $1)
An injury-shortened season has masked a solid year from Cobb, his best since he was with the Rays way back in 2017. Cobb has returned to his severe ground-ball/fly-ball splits, and while his stuff isn’t overpowering, he has been helped a great deal by his favorable home venue in Anaheim. The Astros are a tough matchup, but it’s at home. I’m OK with using Cobb in 15-team mixed if you need volume. I wonder how many teams in TGFBI picked him up as a stash, planning to bench him this week and then use him for the final week with two starts on the road against Seattle and Texas. Based on the splits, he might not be that great of a play next week.

Joe Barlow $8 ($17, $1)
Barlow is ensconced as Texas’ closer, although he could be wanting for save opportunities down the stretch. He has pitched twice last week as the Rangers went 2-5 against the Astros and White Sox. The schedule does get easier after the Yankees leave town on Wednesday, and while I don’t expect the 53-90 Rangers to suddenly go on a hot streak, it’s more likely that Barlow gets a few opportunities against the Orioles, Angels, and Cleveland to close out his 2021.

Leury García $8 ($20, $1)
Seeing García’s name on this week’s most-added list made me think that the White Sox were dealing with a lot of injuries, but Andrew Vaughn is the only hitter of significance on their IL. García has been more of a super-utility asset than a starter, slotting in at short because Tim Anderson isn’t ready to play every day yet and in the outfield on other days. He looks like the second coming of Yolmer Sánchez, which is great in AL-only but not so exciting anywhere else.

When you have $0 left in FAAB, you’re going to lose out on a lot of players. I bid $0 on Santana, Siri, and Calhoun and lost out on all three, settling for Jake Lamb as my replacement for Andrew Albers. I had been carrying 10 pitchers for some time in Tout, and because I didn’t like the matchups for my rostered arms or for the available free agents, I shifted back to nine pitchers this week. I was surprised to see Santana on the waiver wire, but roster crunches combined with the trade deadline being behind us do occasionally lead to these sorts of drops, even in an AL-only.

In a scenario that I don’t believe I’ve ever seen in the gazillion years I’ve played fantasy baseball, all the losing bids were mine. I only have $4 of FAAB remaining, so for Fedde, Woodford and Rogers it was irrelevant, but I could have bid $2 on both Toussaint and Weaver and cleaned out my remaining FAAB. Instead, I got Jackson, which allows me to activate Lester and reserve both Antonio Alfonseca and Kyle Freeland for their home starts. My team has faded the last two weeks, and instead of having a shot at second place, I now have a shot at fourth place.