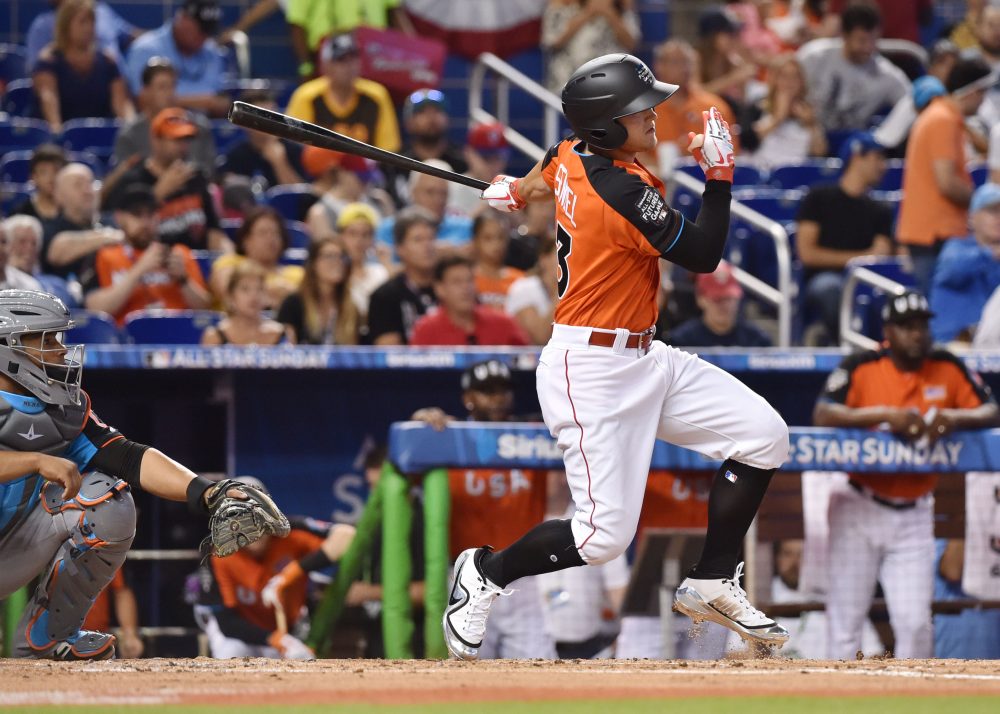 Dodgers have had a busy week.

Dodgers RF Yusniel Diaz is on the DL with a hip issue, according to Kelsie Heneghan of MiLB.com. Keith Rader Ten-Packed him earlier this month.

After earning Texas League Player of the Week, Dodgers also placed 2B Drew Jackson on the DL. No word on his injury.

For the High-A squad, RHP Jordan Sheffield is on the DL. No word on his reason as well.

With impeccable timing, top-shelf Yankee prospect Justus Sheffield is on the DL after departing last Friday’s game prematurely due to “tightness in his shoulder,” according to Conor Foley. Seemingly, there is no cause for concern, as Foley also tweeted that Sheffield is projected to start May 23.

Yankees also placed RHP Johnathon Loaisiga on the disabled list. I have superficially described his unique career in this space previously, which you can dive into here.

Marlins RHP Merandy Gonzalez is on the DL with a blood blister, according to Roger Hoover. Despite spending most of last season in Low-A last year, the 22-year-old made cameos for major-league squad. After permitting seven runs and seven walks in 13 innings, he certainly could not stick, even on the rebuilding Marlins.

Astros placed Cuban LF Yordan Alvarez on the DL with a minor hand injury. He has produced through his 27 games in Double-A with six home runs while slashing .299/.374/.542. Our own Kevin Carter lauded Alvarez’s tools here.

Giants placed LHP Mac Marshall was placed on the DL. He too was Ten-Packed earlier this month by Wilson Karaman.

Phillies placed CF Roman Quinn on the DL with a right middle finger sprain, retroactive to May 13th.

Stuck in the Middle

Reds fan experienced a scare. Top prospect 3B SS 2B Nick Senzel was transferred to the DL due to vertigo. If you recall, late last season he then was sidelined for the rest of the season due to vertigo. Fortunately, he is resuming baseball activities in Goodyear, the home of the Reds Player Development Complex. He has not seen live game action since May 3rd.

Mariners OF Kyle Lewis was activated off the DL and is in baseball action for the High-A Modesto Nuts. He has batted a clean .250/.294/.438 in 16 AB. The 2016 first-rounder’s start of the season was delayed due to an arthroscope procedure in one of his knees.

Mets activated 2017 first-rounder RHP Justin Dunn. A Brooklyn-native, the 22-year-old is off to a much better start in his second-go in the Florida State League, with 32 K to 9 BB over 29.1 innings pitched.

Rays promoted two-way phenom Brendan McKay from Low-A to High-A. McKay the Pitcher has yet to have the opportunity to perform, while McKay the Hitter has yet to perform in a very small sample size of two games. Rays also moved recently acquired LHP Colin Poche to Triple-A.

Yankees slugger 3B Dermis Garcia was promoted to Low-A Charleston, as shared by Josh Norris. Low-A is where Garcia finished last season, slashing an underwhelmingly .227/.312/.518 in 30 games with eight homers to 42 strikeouts and 14 walks. Much time has passed since he was inked in the Yankees 2014 International Class. Still, 20 this past January, there is certainly a window of opportunity to change the tune.

White Sox RHP Jordan Stephens was promoted to Triple-A. Backed by pitching data, his pitching stratagy has been revamped and produced results, described by The Athletic James Fegan here.

Dodgers promoted RHP Dennis Santana to Triple-A after a noteworthy 2.56 ERA in eight starts. Further, noted by RotoWire, Santana, already 40-manned, with 51 K and 14 BB over 36.2 IP under his belt this season, is on the major-league doorstep.

Arizona promoted 2B Luis Alejandro Basabe to High-A. Basabe, twin to Chi-Sox Luis Alexander Basabe, is slashing .309/.417/.381 on the year.

Cardinals demoted CF Jonatan Machado from Low-A to Rookie ball Johnson City. Machado has the tools to be a Major Leaguer, but the approach and attitude certainly injects a dose of risk into that projection.

Angels have released RHP Vicente Campos. Beleaguered with injuries, the 25-year-old has had his fair share of interest and opportunities. Initially he signed with the Mariners, then was traded to the Yankees and later the Diamondbacks in notable deals, in which Michael Pineda-Jesus Montero and Tyler Clippard headlined, respectively. While he debuted for the D-Backs in 2016, he was then released that offseason and shortly soon after claimed by the Angels.

Astros released RF Ronny Rafael, who signed for $1.5 million in summer 2014. He failed to crack the GCL with the Astros.

Thanks to Craig Goldstein, Skyler Kanfer, Jeffrey Paternostro, Nate Graham and the rest of the BP prospect team.

You need to be logged in to comment. Login or Subscribe
deadheadbrewer
Do you happen to have any information on Triston McKenzie and/or Alec Hansen, please? They're both listed as disabled, but there's seemingly zero information about either anywhere . . .
Reply to deadheadbrewer
Craig Goldstein
Alec Hansen has forearm soreness that has kept him out, Triston McKenzie is down with a forearm injury.
Reply to Craig
deadheadbrewer
Thanks, Craig--I was hoping you had more "insider" information, such as the severity of their forearm issues, or a timetable for them returning to action. I suppose just knowing that pitchers with forearm issues haven't pitched by Mothers Day tells us all we need to know? :)
Reply to deadheadbrewer