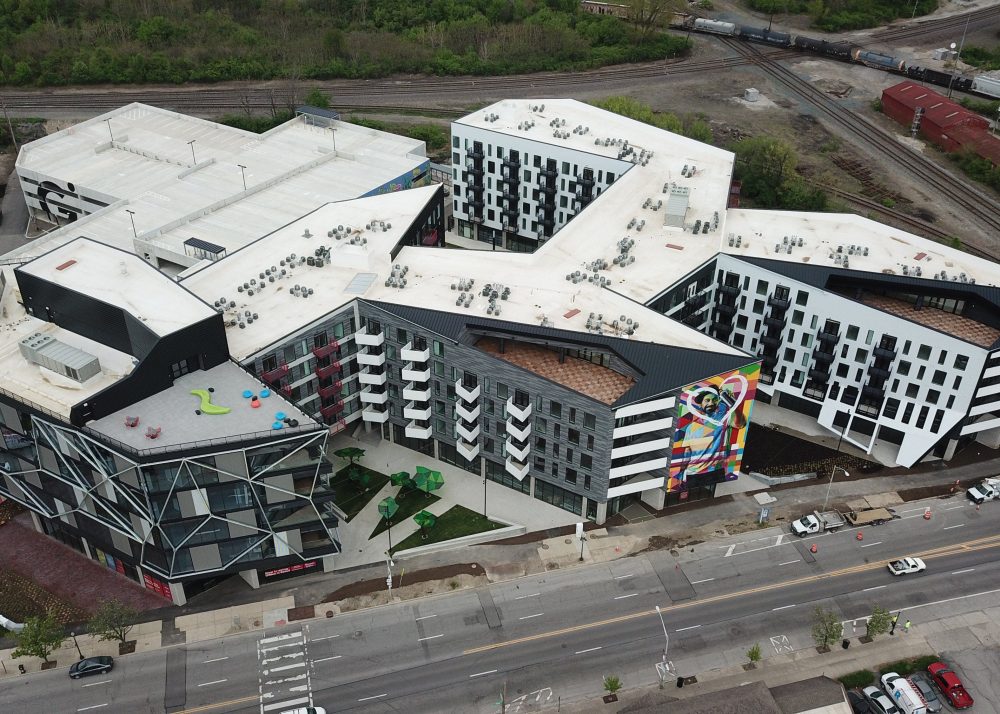 This article was originally published on October 20.

It happened. On Sunday night, ESPN’s Jeff Passan broke the news that beginning next year, Major League Baseball will “provide housing” for minor league players. Details on what exactly that entails were scant. In theory, that could mean anything from providing a housing stipend to teams entering into contracts with apartment building owners as a leaseholder, and then providing those living spaces to their players. It’s not known whether there will be maximum player-to-bedroom ratios (i.e., no more 6 players in a 2-bedroom apartment), or whether the support will also include things like support for utilities or furniture.

And here I was gearing up to write a “housing insecurity literally makes people sick” article this week. Seriously.

The details are going to matter a lot, but at least this is a step in the right direction for MLB teams. Housing insecurity is more than just lack of money. The active ingredient seems to be the uncertainty that comes from a tenuous housing situation. Will we be able to make rent? Will we get evicted if we don’t? What was that weird noise last night? Even if nothing bad actually happens, the worry is what gets you. Minor leaguers will hopefully have a little more certainty next year.

If teams are playing it smart, they’ll secure the actual residences ahead of time. That way when players report to their new affiliate, they can also report to an apartment that is already prepared for them. The amount of money that a team would spend on providing a stipend to support housing will be roughly the same as they would spend just renting the apartments themselves, and this year, reporting from the field has suggested that minor leaguers have been spending a good amount of time trying to find short-term rental houses, moving literally from place to place, based on what was available and affordable. You don’t want players having to think about that. You want them thinking about baseball.

Past that, how much this commitment to housing costs each team is going to vary based on how deep they want to go into it. In August, I wrote about this very topic on how much it would cost MLB organizations to provide housing (and food and better buses and a training stipend for the off-season). For example, I used national average rents and a few assumptions about how players would be houses (2 players per 2-bedroom apartment or every player in a 1-bedroom apartment).

Even if MLB organizations had to eat the whole cost of year-long leases of 60 2-bedroom apartments at the national average rate, it would cost them just shy of a million dollars per year in rent. For 120 1-bedroom apartments, it would run about a million and a half. The minor leaguers would only need them from April to early September, so teams might look into month-to-month housing options or into sub-letting. Also, rent will vary depending on what part of the country we’re talking about, but most minor league teams are located in smaller cities, where the rent tends to be lower than the national average. An average, hopefully non-roach-infested apartment in one of those places might even be cheaper than that. Those numbers (a million to a million and a half) should be considered top-end bounds.

Some teams might even look into buying (or building) the apartment units outright, which would come with an upfront cost (or an amortized cost), along with ongoing property taxes and maintenance, although the net cost of that would be in the same ballpark. For another quarter million or so, they could cover utilities for the apartments and provide furniture so that no one is sleeping on air mattresses on the floor.

The immediate impulse will be to compare that to Major League payrolls and say “that’s not so much.” We’re talking about two million dollars or so for the deluxe package. It doesn’t matter what scale we’re on, that’s a lot of money. But it’s also not impossible on the baseball scale. And it might have benefits that are worth more than those two million dollars. A smart team will spend $2 million to get benefits that are worth more than that.

And we have data to suggest that they would get exactly that.

Although… that brings up a question. It seems that this announcement represents a pact among the 30 franchises in MLB. It’s amazing that they all decided to move at the same time (with the exception of the Astros, who started a housing program for their players this year, seemingly prompted by the COVID-19 pandemic). Remember when I said 2 million dollars was a lot of money and how teams wouldn’t spend that money unless they thought that they could get something from it?

One of the problems with innovation is that when you hit on something successful, everyone can copy it. If you take the risk and it doesn’t work, you’re out the cost of the test and everyone knows what to avoid. If you move first, you do gain some advantage during the time between when you move and everyone else catches up, and in baseball, that seems to be about a decade’s worth of time. Why would they all bind themselves to spend $2 million in such a way that they can’t get a competitive advantage out of it?

As much as I would love to believe that they all read my article from August on how the money would have a positive ROI, I’m not nearly that naïve. Maybe 20-something teams would have all started a program like this next year anyway, but they would have at least tried to be a little sneakier about it and not just outright come out and say that they all had a little chat about it.

As much as I would like to believe that they are finally realizing that it’s the morally right thing to do, I’m not that naïve either. Something else is going on. Frankly, if this had ever been about understanding the effects of housing and food insecurity on player development, this would have been done years ago. They all knew. They just didn’t wanna.

They’re committing to spending the money, so clearly they think they’re getting something else in return. Maybe that something is that the stories about (and the pictures of) the players living in crowded and buggy housing will stop. Maybe making the PR headache go away is worth it. We are all going to have to live with the reality that MLB is probably doing the right thing for the wrong reason.

There is some upside to this whole plan. As organizationally-provided housing becomes the industry standard, with all 30 teams invested in it, if a team were to go back to the “old ways”, they would find themselves at a competitive disadvantage. In a system where one team took the first step out, if they didn’t get amazing and immediate results (remember, it’s a lot of money), there is some danger that they would pull back and the idea might be tainted. That’s not a logical way to think of things, but that’s how things work. Maybe this is the only way.

But the good news is that players, hopefully relieved of worry about where they will lay their heads at night, and maybe having an actual bed to lay their head in, will be more focused. That’s not just a sports cliché. They’ll literally be better able to focus. They won’t have as much cortisol floating around their bloodstream. Some of them will be able to stick around and chase the dream longer than they might have otherwise. You don’t need to have a big signing bonus or parents who can bankroll you. And maybe someone gets a chance to have that breakout year that they were meant to have.