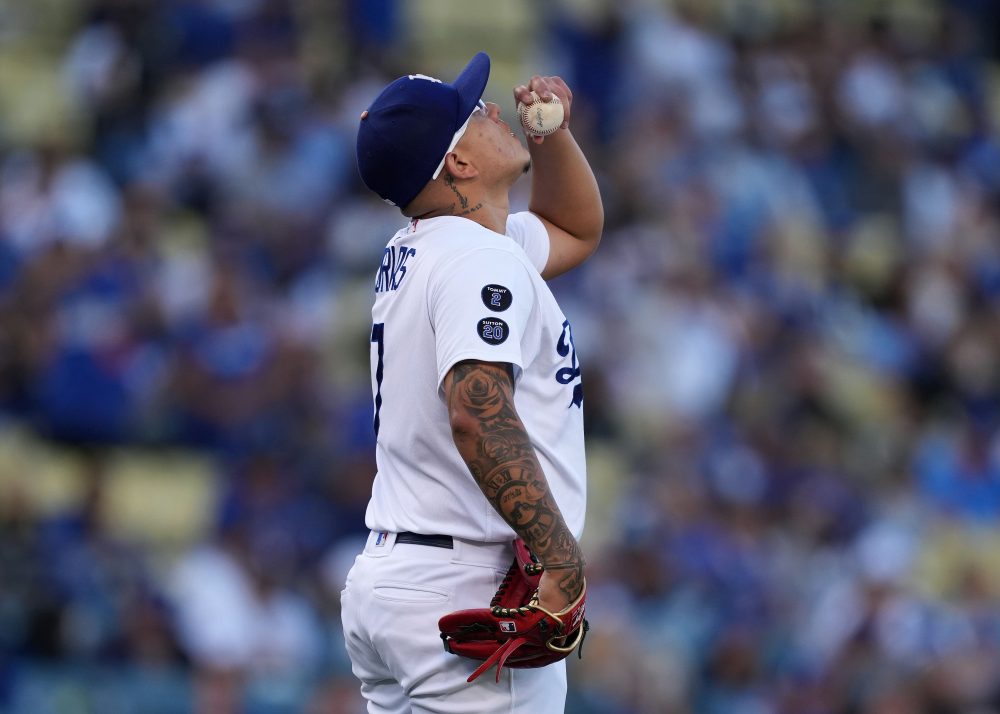 Throughout the season, I charted countless minor-league pitchers, noting pitch data when available (velocity, spin rate, and movement) and pitch outcomes. In doing so, one pitch outcome specifically drew my attention: called strikes.

Yet, clearly, not all called strikes are created equal.

This article only examines the descriptive quality of these metrics—that is, the correlation between two metrics in the same season. How does Adjusted Called-Strikes Rate compare to called-strikes rate?

The next step is to test my initial observation: not all called strikes are created equal. As such, I developed, with assistance from Jordan Rosenblum and the BP Stats Team, Adjusted Called Strikes Plus (aCS+):

How does Adjusted Called-Strikes Plus correlate to these selected pitching metrics?

So, which pitchers benefit the most from Adjusted Called-Strikes Plus?

*This table only includes starting pitchers with 1,000 or more total pitches.

Notably, this table includes some of the top pitchers in Major League Baseball, such as Julio Urías, Gerrit Cole, Brandon Woodruff, Corbin Burnes, Walker Buehler, and Jacob deGrom. (We’ll pretend that we don’t see Dylan Bundy at the top.) In fact, most of the pitchers on this table have electric stuff—the type of stuff that can freeze a batter.

Other notable young pitchers within this group, but excluded from the above table, include Joe Ryan, Dustin May, Michael Kopech, Aaron Ashby, and Nate Pearson.

*This table only includes starting pitchers with 1000 or more total pitches.

Most of these pitchers either have mediocre stuff (i.e., Matt Shoemaker, Josh Fleming), poor command (i.e., Wily Peralta, Carlos Hernández), or some combination of the two. In many cases, pitchers on this list lack an impact breaking ball (i.e., Jake Odorizzi, Adrian Houser).

Other notable young pitchers within this group, but excluded from the above table, include Edward Cabrera, Jackson Kowar, and Kyle Muller.

The next inquiry is whether aCS% and aCS+ improves Called Strikes Plus Whiffs rate (CSW%), a metric developed by Alex Fast, among others, at Pitcher List. As a general matter, these formulas are not strictly comparable. The following formulas do not have a common denominator. Instead, I sought to normalize the rates based upon swing rate.

For aCSW%, I multiplied the Adjusted Called-Strikes Rate by the pitcher’s swing rate and the whiffs rate by the corresponding non-swing rate, and I summed the figures. For aCSW+, I similarly weighted whiffs (actually reducing its descriptive value alone across all pitching metrics), then multiplied aCS+ by the league-average swing rate and weighted whiffs by the corresponding league-average non-swing rate.

This metric should more accurately measure how often a pitcher obtains a strike without contact.

Here is the aCSW+ leaderboard:

*This table only includes starting pitchers with 1,000 or more total pitches.

Other notable young pitchers within this group, but excluded from the above table, include Nate Pearson, Michael Kopech, Dustin May, Tony Santillan, Joe Ryan, and Aaron Ashby.

Ultimately, called strikes alone lack much descriptive, and likely predictive, value with important pitching rate metrics, though there is some correlation. Even weighting called strikes based on count does not fully resolve those issues. That said, aCS% is a simple alteration to called-strikes rate and substantially improves the descriptive value of the metric with the selected pitching metrics. Further, aCS+ consistently shows even stronger correlation to the selected pitching metrics than called-strikes rate. Finally, aCSW% improves upon CSW%, while retaining similar notational elegance. Meanwhile, CSW+ provides superior descriptive value to CSW%, aCSW%, and aCSW+ for DRA, FIP, and wOBA, while aCSW+ provides superior descriptive value to both CSW%, aCSW%, and CSW+ for strikeout rate.

Some fun closing statistics observed in this process:

Table 8: Sortable Pitch Data for All Pitchers with 300-Plus Pitches